Two veteran National Trust volunteers have been ‘sacked’ for defending a nature reserve from a ‘tide of commercialisation’.

Val Gwynn and James Allaway raised concerns that adverts were attracting a flood of visitors, which put rare birds and other wildlife at risk.

But instead of listening to Mrs Gwynn, a former warden at the reserve, and Mr Allaway, who had volunteered for ten years, the trust sent them letters saying their services were ‘no longer required’.

Volunteers have been warning for years that heavily promoting the Newtown National Nature Reserve on the Isle of Wight could damage conservation efforts. 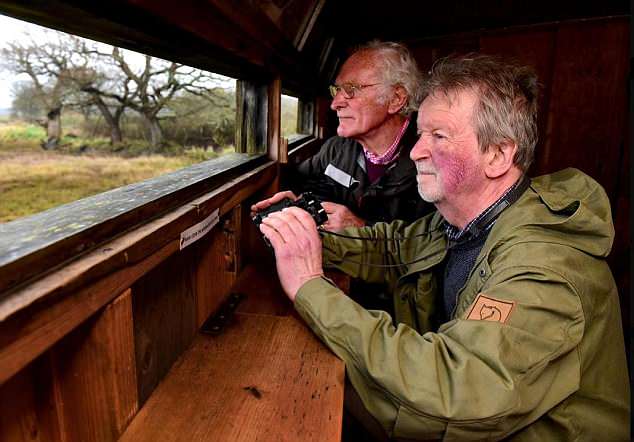 James Allaway (front of image), who had volunteered for ten years, was told his services were ‘no longer required’ after he raised concerned about wildlife welfare

They claimed that 150 visitors had recently turned up for one event there but had not been properly taught about conserving the area and trampled through the bird hide.

They said that an updated visitor centre selling tea and cake has attracted more tourists, which could lead to more litter being discarded at the beauty spot.

Meanwhile, the number of boats visiting the reserve, which is home to birds such as curlews and lapwings, has soared from around 40 a day in the 1970s to 200 now.

Mrs Gwynn, 77, and 68-year-old Mr Allaway, along with 13 other volunteers raised their concerns in a letter to the trust’s general manager on the island, Tony Tutton, in September.

They claim that Mr Tutton failed to respond for six weeks and later refused to meet them as a group, instead ‘intimidating’ them in one-to-one meetings. 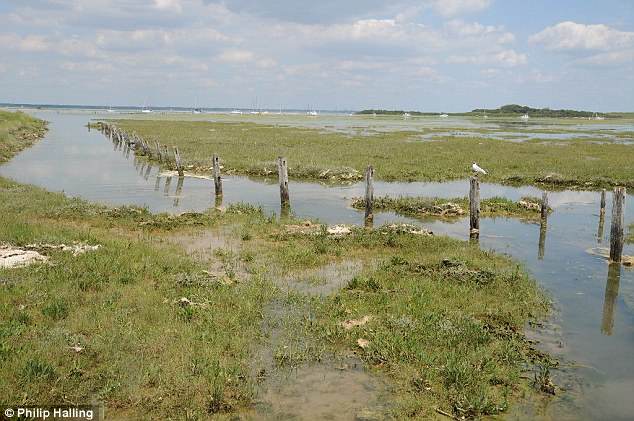 Then a few weeks ago, Mrs Gwynn and Mr Allaway received ‘pro forma’ letters asking them to leave.

Two other volunteers have now resigned over the row, as well as a member of staff. It is the latest controversy to hit the trust, following a mutiny by volunteers ordered to wear gay pride badges and faith being ‘airbrushed’ from an egg hunt after the word ‘Easter’ was dropped.

Mrs Gwynn yesterday accused the charity she has helped for decades of ignoring ‘experience and wisdom’ and having a ‘culture of bullying’. Mr Allaway said: ‘There is a fine line between people enjoying the reserve and too many people damaging it.’

But Mr Tutton said: ‘Our job is to look after the reserve and share it with visitors. That’s why we’re doing what we’re doing, to make their experience more enjoyable.’

The trust added that ‘minor changes’ to the visitor centre were ‘clearly not a commercial venture’.