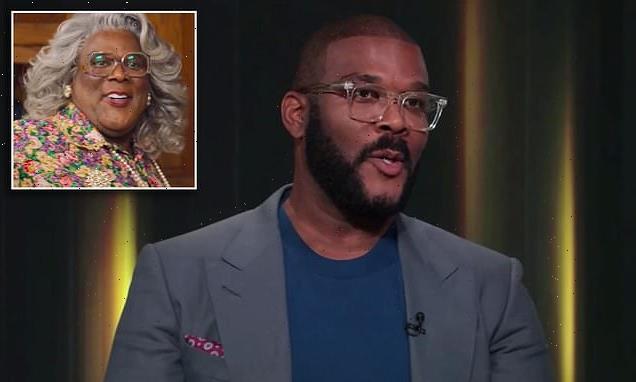 ‘I’m honoring the people who made me who I am’: Tyler Perry DEFENDS Madea films after Chris Wallace pressed him on Spike Lee’s criticism that the series pushes negative stereotypes of black people

Tyler Perry defended his popular Madea character against Spike Lee’s old criticism that it promoted negative stereotypes, saying he is ‘honoring the people who made me who I am.’

The Emmy Award winner joined Chris Wallace on his new HBO Max show, which dropped Friday, to discuss his widely popular series Madea when the host asked about Lee’s past criticism.

Controversially, the filmmaker called the project ‘coonery buffoonery’ in 2009 and that it enhanced the negative stereotypes of the black community.

‘For me, I’ve loved the movies that I’ve done,’ Perry, 53, told Wallace. ‘Because they’re the people that I grew up with, that I represent.’

He recalled being taken to the projects every weekend with his mother, so she could play cards with other women.

‘Most of them didn’t have a 12th-grade education,’ he said. ‘But their stories and how much they loved each other, and when they would get sad about something and another would come in and make a joke  – I’m five years old, I’m on the floor with my matchbox cars, I’m in a masterclass for my life.’

‘So when someone says: ‘You’re harkening back to a point in our lives that we don’t want to talk about or we don’t want the world to see,’ you’re dismissing the stories of millions and millions of black people.’ 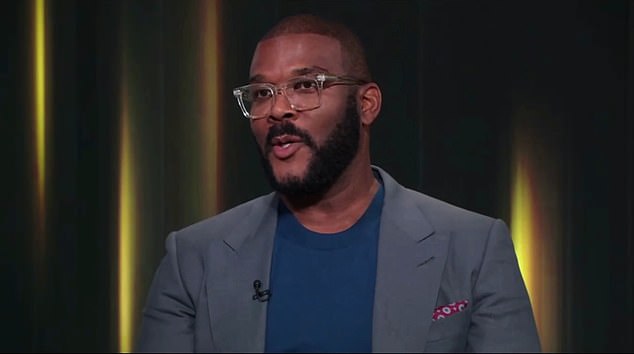 Tyler Perry defended his popular Madea character, saying he is ‘honoring the people who made me who I am.’ He also said he believes the series ‘resonates’ with a lot of people because they know ‘these women in these experiences and Uncle Joe and so on and so forth’ 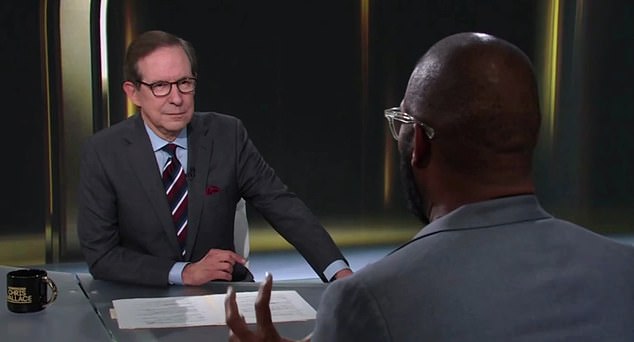 He went on to say he thought the series ‘resonates’ with a lot of people because they know  ‘these women in these experiences and uncle joe and so on and so forth.’

‘What is important to me is that I’m honoring the people that came up and taught and and and made me who I am,’ he told Wallace.

Perry also discussed the abuse he suffered at the hands of his father and how that related to him successfully creating a $1billion brand.

‘My father often, he sent a message to me a few years ago through my brother saying, if I beat your ass one more time, you would be Barack Obama, meaning that he thinks that his abuse brought me to success,’ the billionaire said on the show.

Perry told People in 2019 that his abusive, alcoholic father once beat him with a vacuum so badly it could have ripped off his skin.

‘I don’t think I ever felt safe or protected as a child,’ he told People.

He also admitted that three different family acquittances had also raped him when he was 10 years old. 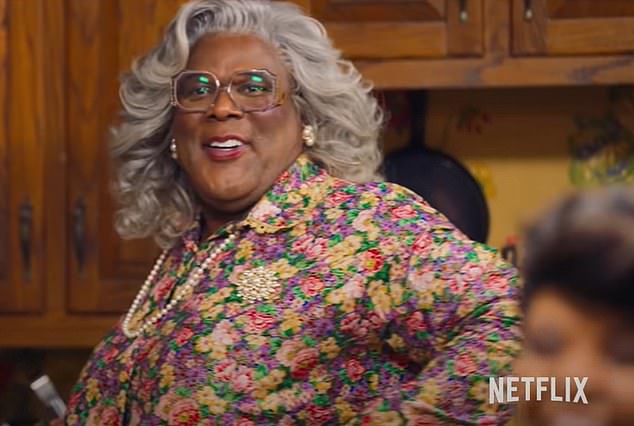 Spike Lee had previously called the series ‘coonery buffoonery’ and said it enhanced the negative stereotypes of the black community (pictured: Perry as Madea)

The high school dropout has since found forgiveness toward his father and said it was a ‘weight’ being lifted off him and that ‘prayer’ helped him get there.

‘[It took] a tremendous amount of prayer, but the biggest thing that helped me understand it is that me holding on to what I was holding on to wasn’t hurting him…but it was killing me,’ he told People.

‘I’m telling you, the shift and forgiveness in me left me raw because it was a weight inside. I chose to be as positive and inspirational as I can, because I don’t want to feel that again.’

His positivity would eventually lead him to allow the Duke and Duchess of Sussex to live with him, while they were going through a ‘very difficult time.’

Perry revealed he offered up his $18million Beverly Hills home to Prince Harry and Meghan Markle to use as their personal residence after they quit the monarchy and moved to the US two years ago.

Back in 2020, after the Duke and Duchess of Sussex announced that they were saying goodbye to their royal duties and relocating to California, the couple, along with their then-one-year-old son, Archie, spent a few months living in Tyler’s Beverly Hills mansion – before they went on to purchase their own sprawling, $14.65million estate in Montecito, California.

The comedian said he offered help to the couple, insisting that it was a ‘very difficult time for them’ and that he wanted to ‘support them’ in any way possible.

The filmmaker added that he was inspired by Harry and Meghan’s love, telling the Today show earlier this week: ‘What I know about the two of them – and I wish the world knew – how much these two people love each other.’

He added of Meghan and Harry’s relationship: ‘If I don’t have that, what she and Harry have, I don’t want it. That’s really amazing.’ 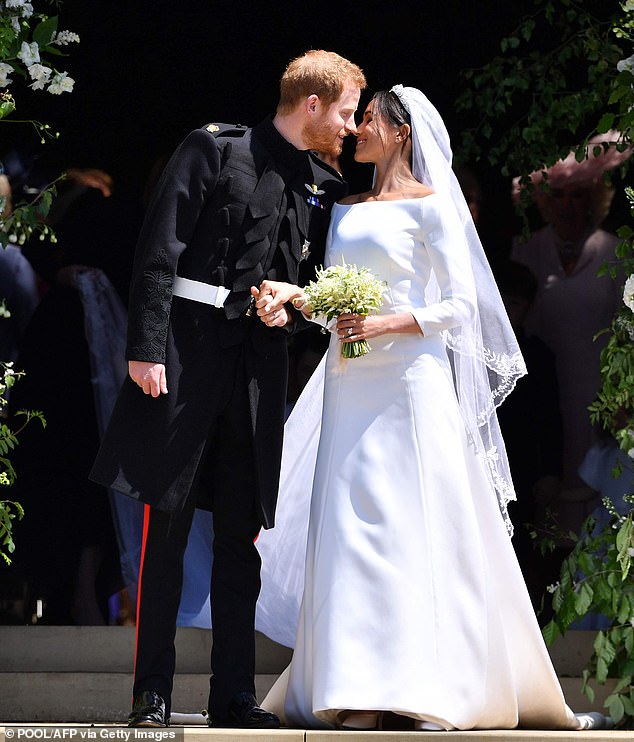 During a recent interview with The Cut, Meghan, 41, spoke out about her bond with Tyler, explaining that he got in touch with her after she first wed Harry, 38, in 2018.

She explained that he told her that he was praying for her, and that he ‘understood’ the intense pressure she was under.

According to Meghan, Tyler also told her that if ever needed advice, she could reach out to him – so she did.

She soon began to open up to him about her struggles and the two grew close, despite them never even meeting in person.

‘Sometimes, you can tell your life story to a stranger on a plane as opposed to some of the people that are closest to you,’ she told The Cut.

According to the outlet, Tyler offering his home to the pair ‘became, in many ways, the reason that Meghan and Harry started their new life in Southern California.’