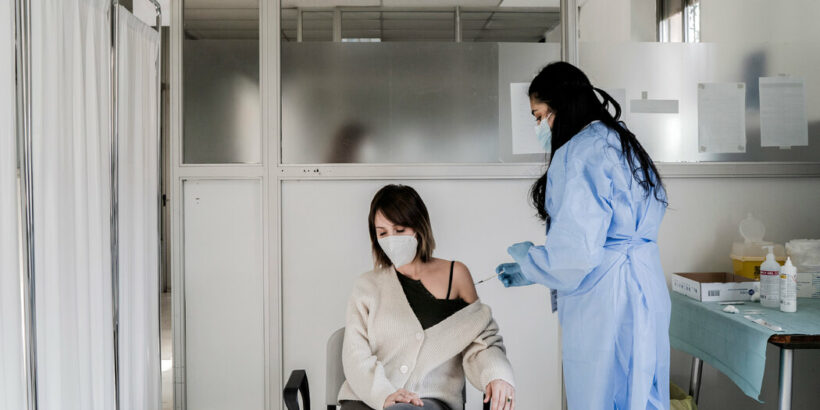 Britain said on Wednesday that it would offer alternatives to the AstraZeneca vaccine for adults under 30 as European regulators described a “possible link” with rare blood clots, a setback for the world’s most widely used vaccine and a blow to the more than 100 countries relying on it to save lives amid a global surge in coronavirus cases.

The European regulator, the European Medicines Agency, stopped short of advising that use of the vaccine be curbed in the 27 European Union countries, saying that it was up to the national authorities to decide who should receive which vaccine.

Until the announcement, Britain had never wavered in its use of the vaccine, making it a holdout in Europe even as many countries detected unusual, sometimes fatal, blood clots in some recipients. But evidence has mounted that very small numbers of Britons had also been afflicted, forcing the country to reduce the use in younger people of a vaccine that is the backbone of its world-beating inoculation program.

The concern over the blood clots has threatened the pace of vaccinations far beyond Europe. At least 111 countries of varying income levels have administered doses of AstraZeneca’s shot, making it international aid groups’ most potent weapon in the battle to reduce deaths in the vaccine-starved global south.

The agency reiterated that the overall benefits of the vaccine still outweighed the risks, but urged that health professionals and recipients of the shot be cautious about symptoms like shortness of breath, chest pain or leg swelling.

Many European countries have restricted use of the vaccine in younger people because some scientists believe they are at higher risk of developing the rare blood clots. They are also at lower risk of severe Covid-19, raising the safety bar for any vaccine being given to younger people.

But the regulator said that it had not concluded that age or gender were a specific risk and that it would further investigate the issue.

“This case clearly demonstrates one of the challenges posed by large scale vaccination campaigns,” Emer Cooke, the agency’s head, said in a news conference on Wednesday. “When millions of people receive these vaccines, very rare events can occur that were not identified during the clinical trials.”

No other vaccine has stirred as much controversy as the shot made by the British-Swedish company, setting off spats with the bloc over cuts in supply, its efficacy and finally over rare, but sometimes fatal, blood clots reported in some recipients.

Those concerns led several European countries to first restrict the use of AstraZeneca in older age groups, then suspend it over reports of blood clots, only to roll it out again last month after the European Medicines Agency issued a preliminary opinion that the benefits of the vaccine outweighed the risks.

As doctors reported a higher incidence of serious blood clots in younger people, some countries decided to stop administering the shot to anyone younger than 55.

Europe’s concerns over the vaccine’s side effects are also likely to threaten global inoculation efforts, with much of the developing world depending on the AstraZeneca vaccine to tackle the pandemic. The shot is the cornerstone of Covax, a program designed to make vaccine access more equitable worldwide.

The vaccine appeared to be causing an immune reaction in which antibodies bind to platelets, activating them, German doctors and the European Medicines Agency have said. Those platelets, in turn, were causing the formation of dangerous clots in certain parts of the body, including in veins that drain blood from the brain, leading in some cases to a rare type of stroke.

Why the antibodies develop in these people is not known, doctors have said. Some component of the vaccine, or excessive immune reaction — or both — could be the cause, they said.

No pre-existing conditions are known to make patients more vulnerable to this clotting disorder after a vaccination, European regulators said.