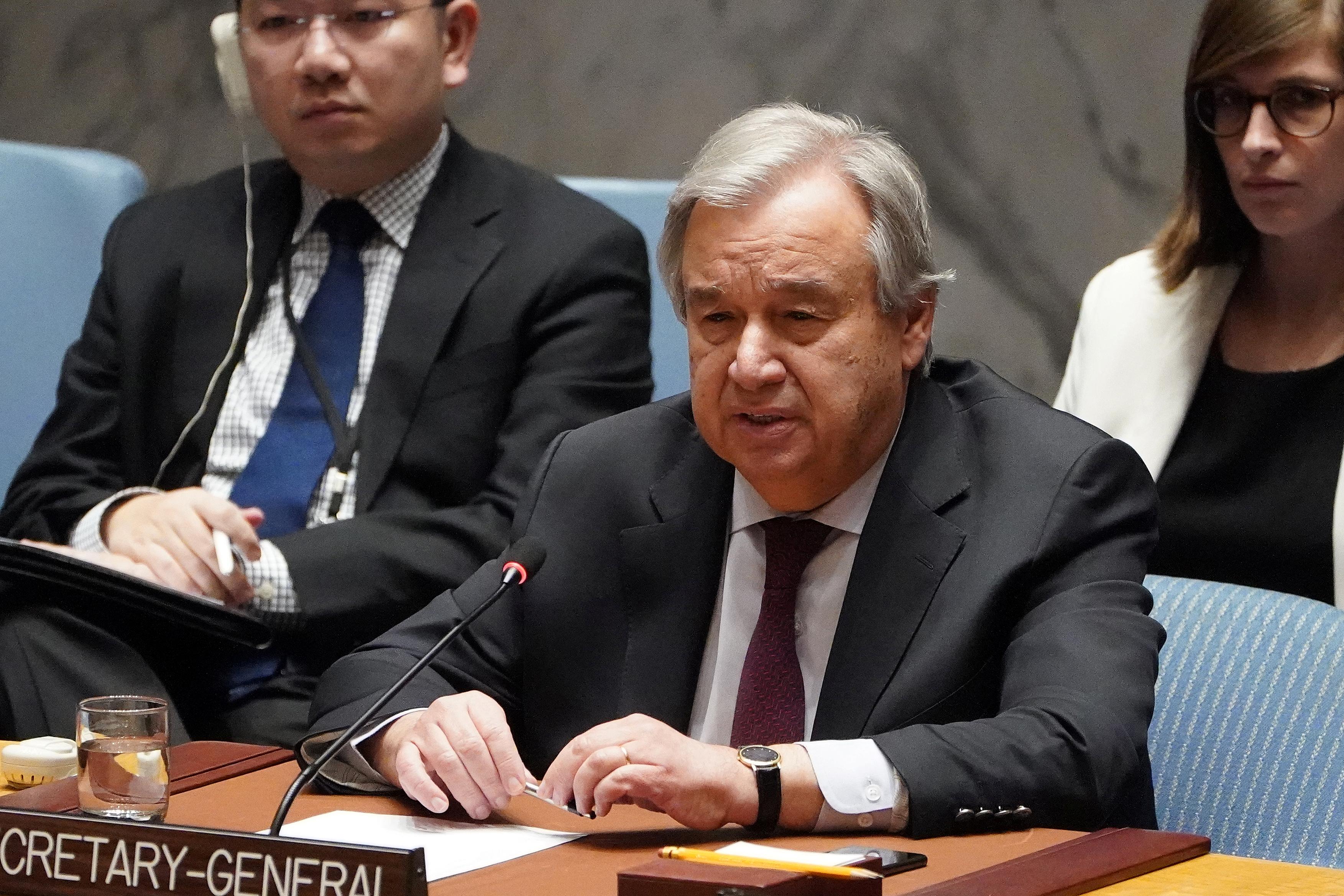 Delivering the annual lecture for the Nelson Mandela Foundation via internet, Guterres pushed for a so-called New Global Deal to ensure power, wealth and opportunity are shared more broadly and fairly at the international level.

“The nations that came out on top more than seven decades ago have refused to contemplate the reforms needed to change power relations in international institutions,” Guterres said. “The composition and voting rights in the United Nations Security Council and the boards of the Bretton Woods system are a case in point.”

“Inequality starts at the top: in global institutions. Addressing inequality must start by reforming them,” he added.

The Bretton Woods system includes the International Monetary Fund and the World Bank.

He said the pandemic has revealed, like an x-ray, “fractures in the fragile skeleton of the societies we have built.”

“It is exposing fallacies and falsehoods everywhere: the lie that free markets can deliver healthcare for all; the fiction that unpaid care work is not work; the delusion that we live in a post-racist world; the myth that we are all in the same boat,” said Guterres during the virtual lecture.

“Because while we are all floating on the same sea, it’s clear that some are in superyachts while others are clinging to the floating debris,” said Guterres, a former Socialist prime minister of Portugal.

The coronavirus has infected more than 14 million people and there have been nearly 600,000 known deaths worldwide, according to a Reuters tally. The U.N. has appealed for $10.3 billion to help poor states, but has received only $1.7 billion.

Guterres said rich countries have “failed to deliver the support needed to help the developing world” and that the pandemic has “brought home the tragic disconnect between self-interest and the common interest; and the huge gaps in governance structures and ethical frameworks.”

He said a changing world needs new social protection policies with safety nets including universal health coverage and the possibility of a universal basic income.

Guterres concluded: “Now is the time for global leaders to decide: Will we succumb to chaos, division and inequality? Or will we right the wrongs of the past and move forward together, for the good of all?”