GENEVA (Reuters) – The United Nations torture investigator called on Ecuador on Friday not to expel Wikileaks founder Julian Assange from its London embassy, voicing concern that he could be extradited to the United States and possibly face mistreatment. 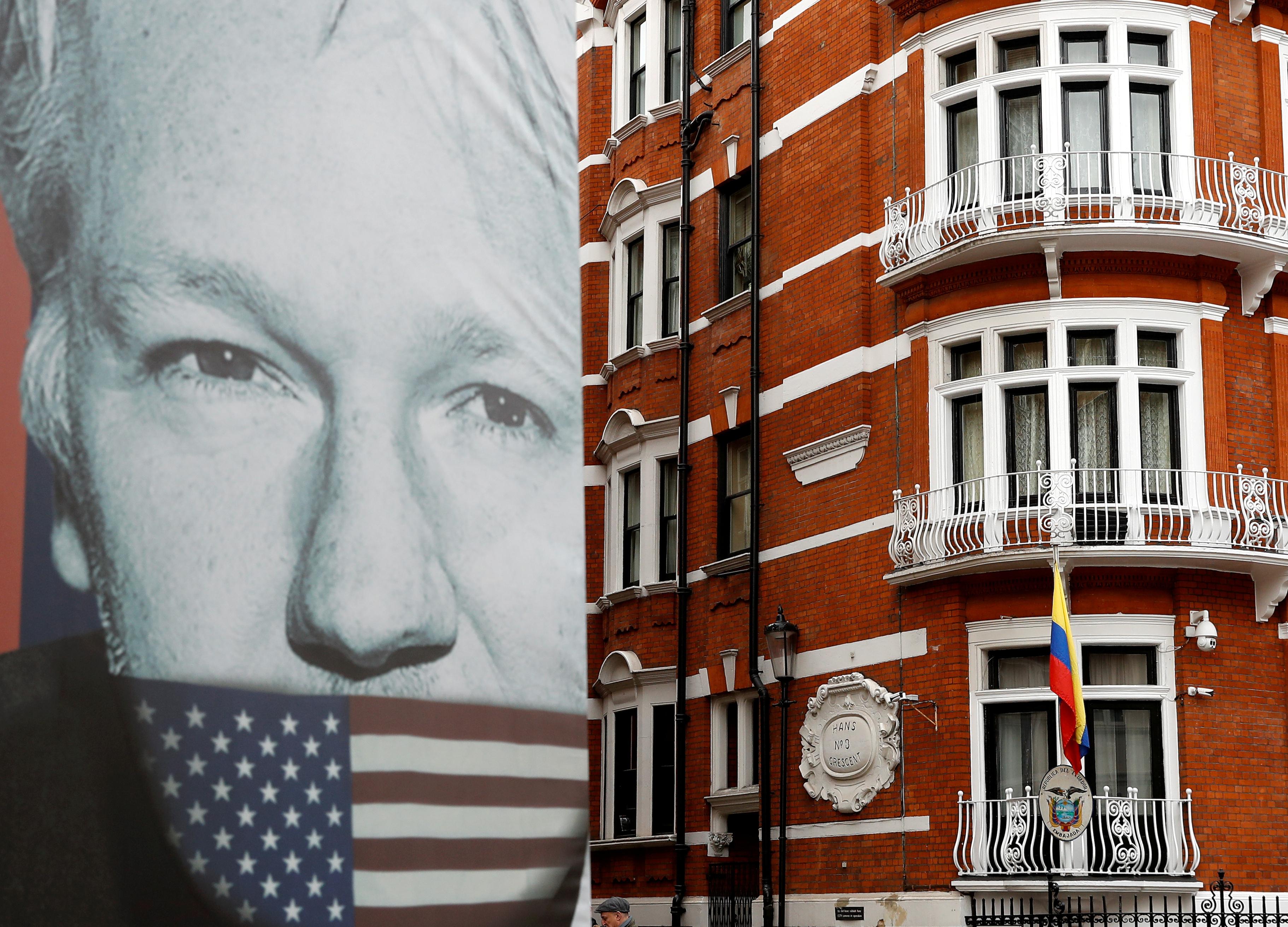 A British friend said Assange was “prepared” for expulsion from the building he has lived in for nearly seven years, after Ecuador’s President Lenin Moreno said he had “repeatedly violated” the terms of his asylum.

Moreno told radio stations on Tuesday that Assange did not have the right to “hack private accounts or phones” and could not intervene in the politics of other countries, especially those with friendly relations with Ecuador.

Moreno made the comments after private photographs of him and his family were circulated on social media. Although Moreno stopped short of explicitly blaming Assange for the leak, the government said it believed the photos were shared by WikiLeaks.

Nils Melzer, U.N. special rapporteur on torture, voiced concern that Assange’s health was in “serious decline” and that, if he were expelled, he was likely to be arrested by British authorities and extradited to the United States.

“Such a response could expose him to a real risk of serious violations of his human rights, including his freedom of expression, his right to a fair trial and the prohibition of cruel, inhuman or degrading treatment or punishment,” he said.

“I therefore urge the Government of Ecuador to abstain from …ceasing or suspending his political asylum until such time as the full protection of his human rights can be guaranteed.”

Vaughan Smith, who hosted Assange at his country mansion for a year during his failed legal battle against extradition, said after visiting the Australian inside the embassy that the situation was “very tense”.

“Julian doesn’t know for sure but he’s pretty convinced that at any moment he could be thrown out and he’s prepared for it,” Smith told reporters.

Assange took refuge in Ecuador’s London embassy in 2012 to avoid being extradited to Sweden, where authorities wanted to question him as part of a sexual assault investigation.

That investigation was later dropped, but Assange fears he could be extradited to face charges in the United States, where federal prosecutors are investigating WikiLeaks.

In a separate statement also issued in Geneva on Friday, the U.N. special rapporteur on the right to privacy, Joe Cannataci, said that he planned to meet Assange on April 25 “after receiving assurances from the Government of Ecuador that it will facilitate his visit to the country’s embassy in London”.

Cannataci said the meeting would help determine “if there exists a prima facie case of violation of privacy that warrants further investigation.”

He was requesting further information from the Ecuadorean government on a complaint lodged by Moreno that his privacy had been violated by publication of illegally obtained personal data.