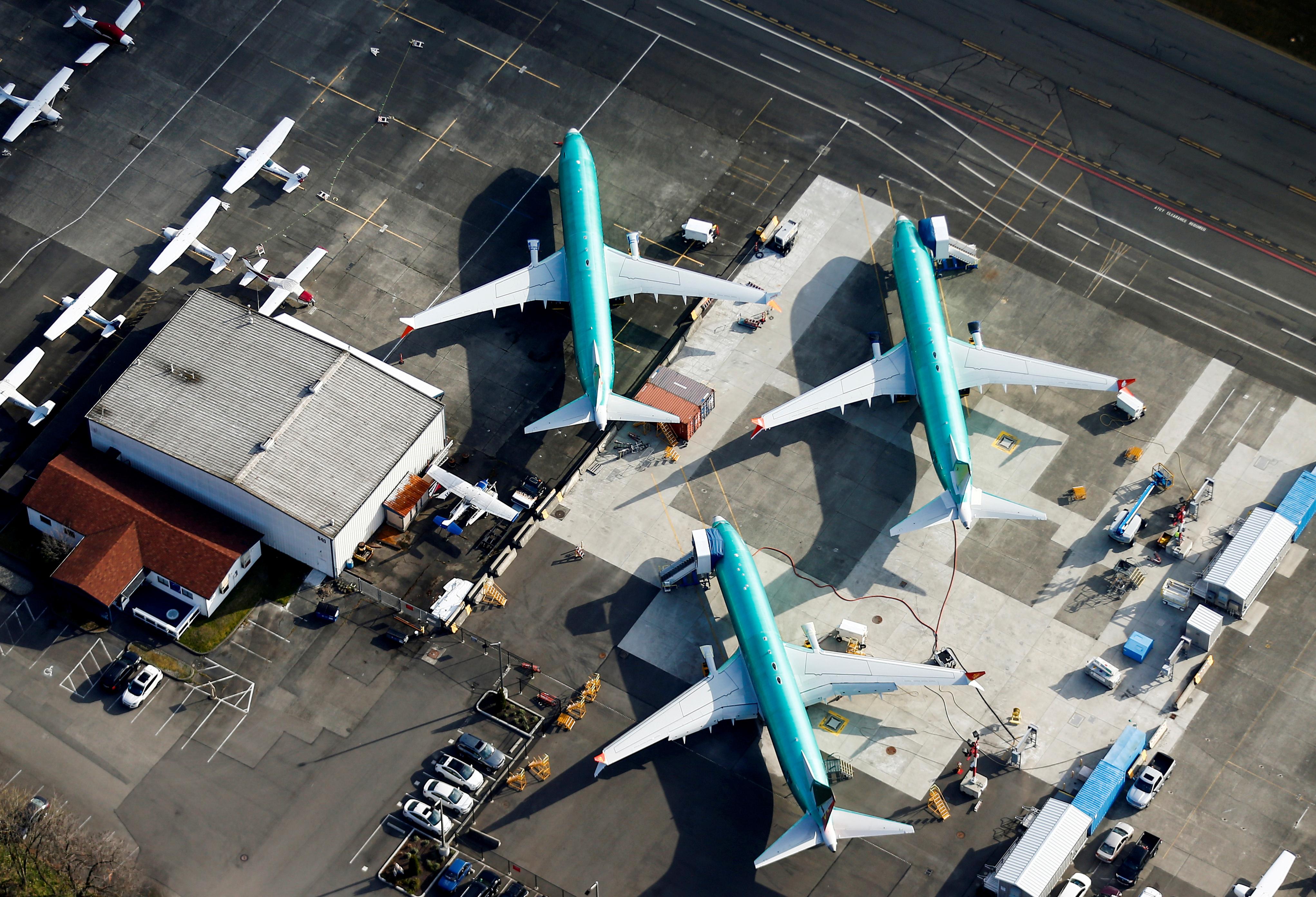 The aviation industry has been thrown into flux by the two disasters – a Lion Air crash in Indonesia last October that killed 189 and an Ethiopian Airlines one this month that killed 157 – both involving Boeing’s 737 MAX single-aisle plane.

The jet, Boeing’s best-selling with orders worth more than $500 billion at list prices, has been grounded globally.

He will also say that the 737 MAX will return to service “only when the FAA’s analysis of the facts and technical data indicate that it is appropriate.”

The MAX software is among the leading areas of focus for investigations into the two crashes.

Elwell’s testimony discloses that Boeing first submitted a proposed upgrade to its anti-stall software to the FAA for certification on Jan. 21.

Boeing did not immediately respond to a request for comment but is expected as early as Wednesday to unveil more details of the software upgrade.

Elwell will tell the panel that the FAA “will go wherever the facts lead us, in the interest of safety”.

Boeing is this week briefing airlines on software and training updates for the MAX, with more than 200 global airline pilots, technical experts and regulators due in Renton, Washington, where the plane is built.

As well as FAA approval, any MAX software fixes will need a green light from governments around the world, a process that could take months.

China’s civil aviation regulator has stopped taking applications for MAX 8 airworthiness certification, an official from the regulator said on Tuesday.

On Tuesday, a spokesman for Ethiopia’s transport ministry, which is leading the investigation in Addis Ababa into the March 10 crash, told Reuters the preliminary crash report would very likely be released this week, though he cautioned “there could be unpredictable things” and declined to give further details.

The statement came a day after Ethiopian Airlines Chief Executive Tewolde Gebremariam said he expected the preliminary report “maybe” to be released this week or next.

The airline subsequently issued a statement denying the CEO had commented on the timing of the report’s release. “We want to make clear to the world that we have no mandate to comment on the investigation,” it said.

Separately on Tuesday, families and friends grieving the victims of the Ethiopian disaster held a tearful ceremony in Addis Ababa to unveil a plaque and plant an olive tree with soil from the crash site.

The initial report from the investigation will begin to paint a more detailed picture of what went wrong during flight ET 302’s six minutes in the air — likely with huge consequences for the plane’s manufacturer, the airline, or both.

Ethiopian Airlines is a symbol of immense national pride for the country of more than 100 million people.

Its success over the past decade in particular, as it has grown its Boeing-dominated fleet substantially, is emblematic of Ethiopia’s ambitions: to be a regional powerhouse with an Asia-style economic development model.

The country’s Prime Minister Abiy Ahmed, who took office a year ago and announced sweeping economic and political reforms, has said he wants to open Ethiopian Airlines up to foreign investment as part of a partial privatization scheme for state-owned enterprises.

All of that could hinge on what the investigation reveals. Most crash investigations end up pinpointing a combination of factors.

Boeing’s software fix for the grounded 737 MAX will prevent repeated operation of an anti-stall system at the center of safety concerns, and deactivate it altogether if two sensors disagree widely, two people familiar with pilot briefings told Reuters on Monday.

Upgrading an individual 737 MAX with Boeing’s new software only takes about an hour per plane, though the overall process could stretch on far longer as it is rolled out across the global fleet due to stringent testing and documentation requirements by engineers and regulators, according to a senior FAA official with knowledge of the process.

Ethiopian and French investigators have pointed to “clear similarities” between the two crashes, putting pressure on Boeing and U.S. regulators to come up with an adequate fix.

In another potential blow to Boeing, France announced on Monday that Airbus had agreed to sell 300 aircraft to China in a deal worth about is 30 billion euros ($34 billion).

Such headline figures surrounding state visits typically mask a mixture of old and new business, but the deal signals China’s return to the global aircraft market after a pause of around a year due to trade tensions, industry sources said.