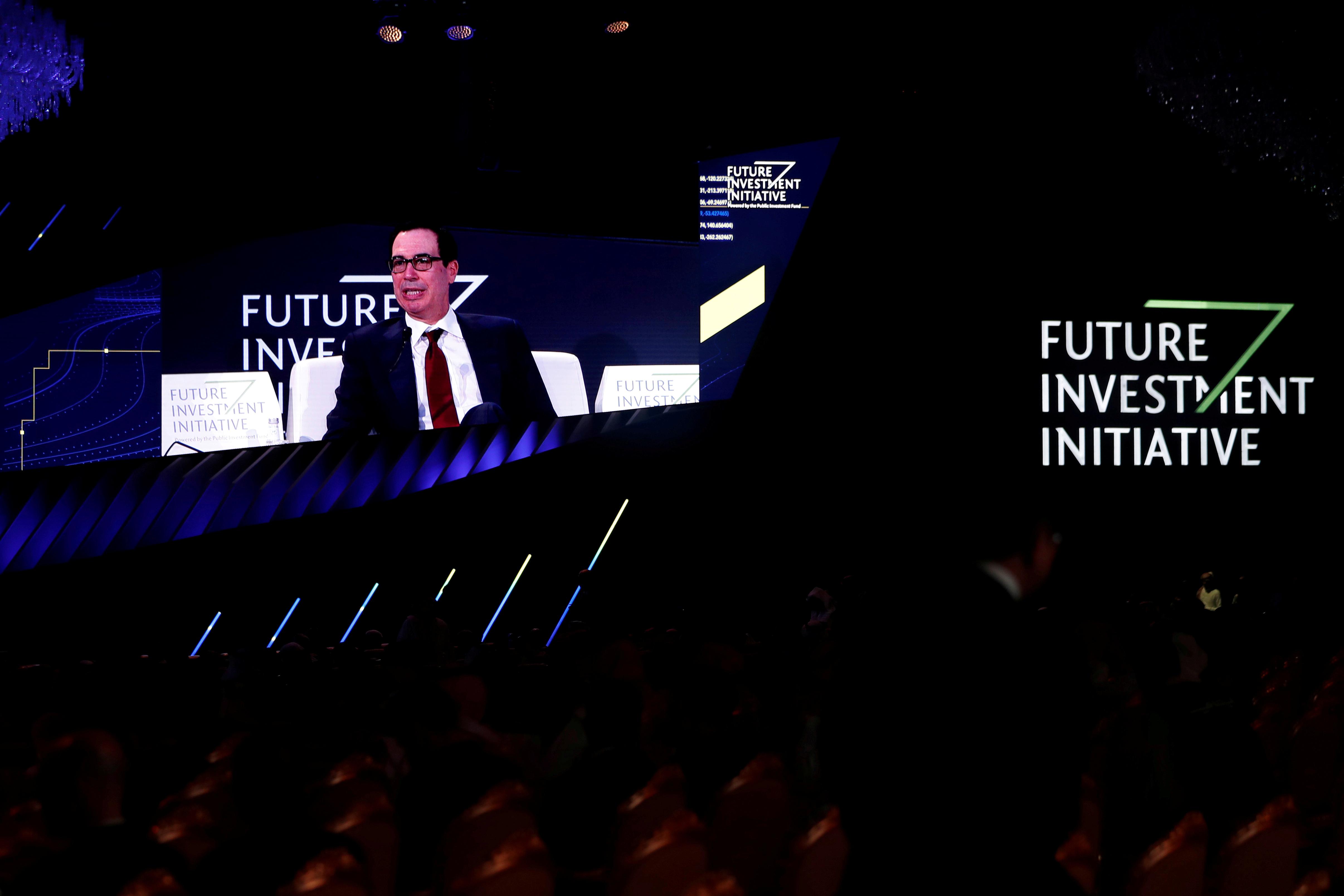 In an interview with Reuters in Saudi Arabia, Mnuchin did not rule out a renegotiation of the program, but said any such request for changes would have to be considered by the IMF as part of Argentina’s economic plan.

With the United States controlling 16.5 percent of the Fund’s voting power, the Treasury chief controls an effective U.S. veto over major IMF decisions.

Fernandez said repeatedly during his campaign that he would renegotiate the IMF program, and had suggested extending the maturity of the debt to reduce payments.

The country’s financial markets were in limbo on Wednesday over the direction in which Fernandez will take Latin America’s third-largest economy, which is saddled by around $100 billion in external debt and trying to avoid default.

“They have a commitment to the IMF. Our expectation is that this government upholds that commitment and if they ask for changes, like any other country, the IMF will look at their request as part of what their economic plan is,” Mnuchin said on the sidelines of the Future Investment Initiative conference in Riyadh.

“We want to see the people of Argentina, and the economy, succeed. Our interests are to support the people,” Mnuchin added.

Mnuchin signed off on an initial $50 billion Argentina program in June 2018, along with an expansion to $57 billion three months later. It is by far the largest bailout in the IMF’s 75-year history, with about $43 billion already disbursed.

He said it was too soon for the United States to weigh in on any decision by the IMF as to how to proceed with Argentina.

The IMF has said that is ready to work with Argentina to make the program viable and help put the country back on a path to economic growth.