WASHINGTON/CARACAS (Reuters) – The United States is seeking to ensure that Venezuelan oil revenue goes to opposition leader Juan Guaido, who swore himself in as interim president, and to cut off money from the increasingly isolated President Nicolas Maduro, a top U.S. official said on Thursday.

The announcement signals that Washington is willing to go beyond traditional diplomatic measures and will seek to starve Maduro’s government of revenue as his administration is already struggling with unpaid bills and creditors demanding payment.

It would significantly strengthen the hand of Guaido, an opposition leader and head of congress who swore himself in as interim head of state with the support of Washington and nations around the region, denouncing Maduro as a usurper.

“What we’re focusing on today is disconnecting the illegitimate Maduro regime from the sources of his revenues,” national security advisor John Bolton told reporters at the White House.

“We think consistent with our recognition of Juan Guaido as the constitutional interim president of Venezuela that those revenues should go to the legitimate government.”

Bolton added that the process was “very complicated” and that officials were still studying how this would function.

Venezuela’s information ministry did not immediately reply to a request for comment. Guaido did not respond to a message seeking comment.

Guaido’s swearing-in was the opposition’s boldest challenge yet to the ruling Socialist Party and has given Maduro’s adversaries an unprecedented diplomatic platform to press for change in a nation dogged by hyperinflation and rising malnutrition. 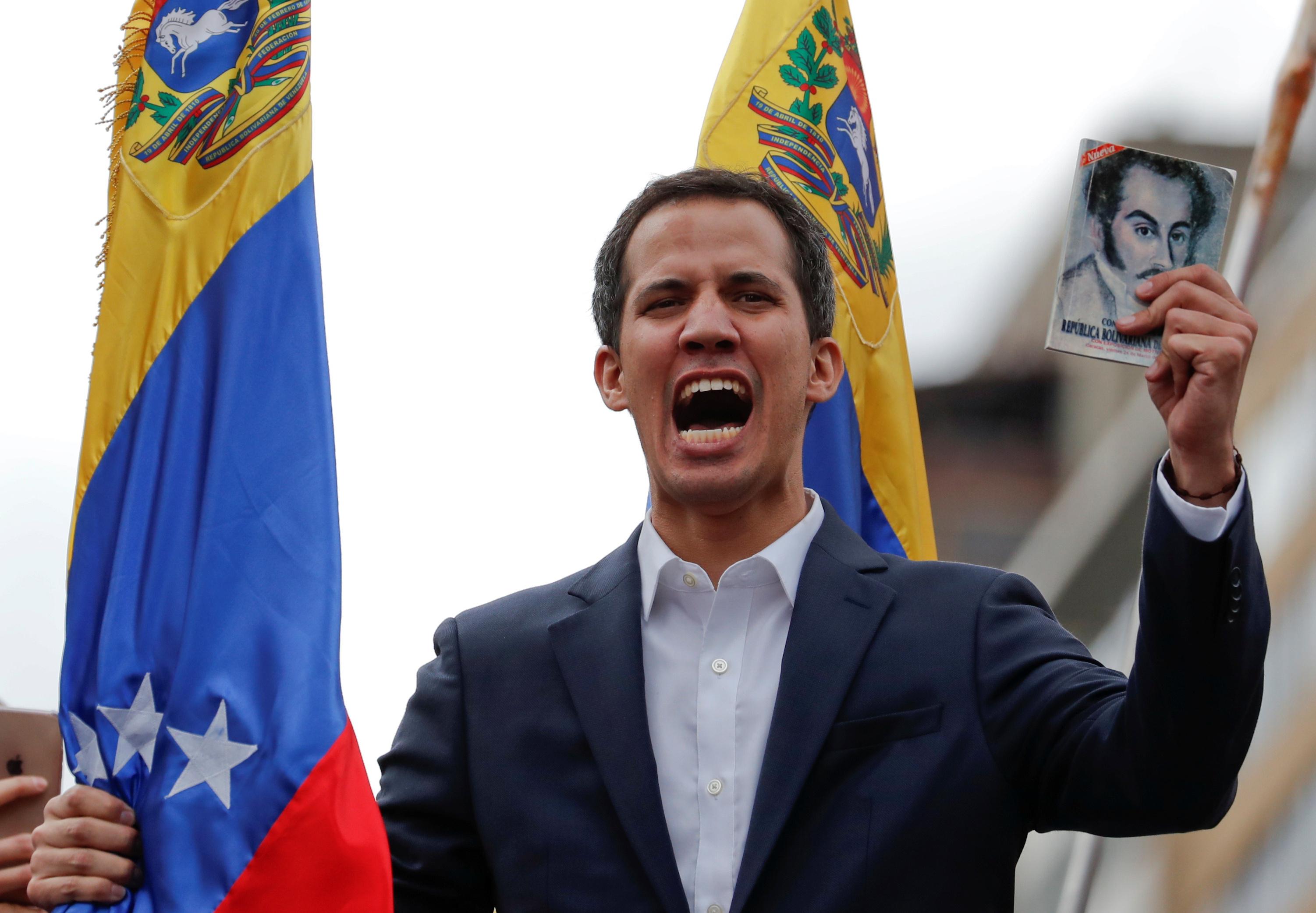 But Guaido now leads what amounts to a shadow government disavowed by the armed forces and with no influence over day-to-day administration such as importing and distributing food and medicine to a crisis-stricken population.

The 35-year-old industrial engineer who has been catapulted almost overnight to national leader spoke on Thursday by telephone with heads of state from around the world that now describe him as the rightful commander-in-chief.

“I just received a phone call from the President of Spain Pedro Sanchez and was able to describe the struggle we are leading together with all of Venezuela, to achieve a transition government and hold free elections,” Guaido wrote via Twitter.

His ascent was greeted with excitement by investors holding Venezuela and state oil company PDVSA bonds, which hit their highest level since 2017 despite being almost entirely in default amid the country’s ongoing economic crisis. 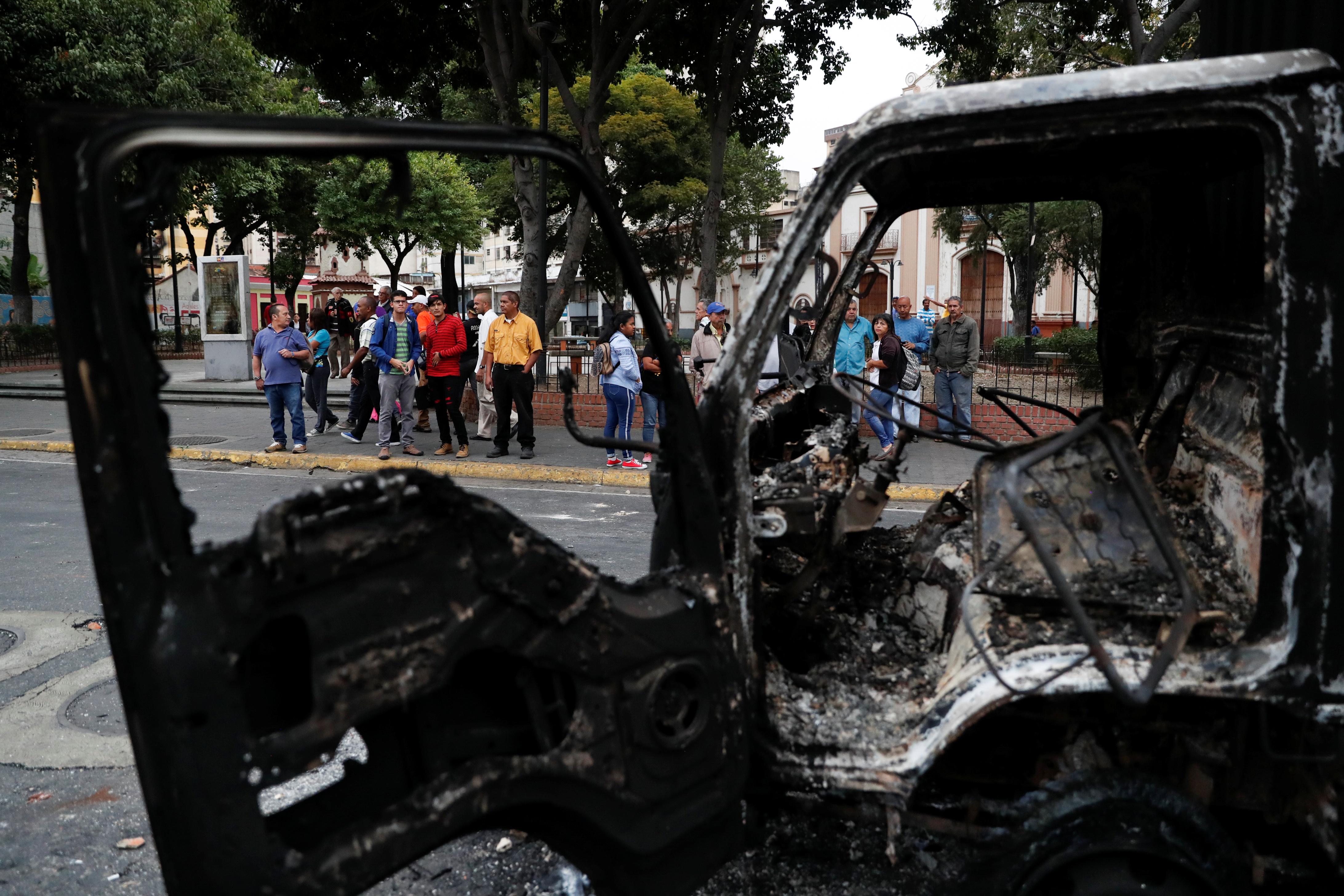 Venezuela, on average, exported about 500,000 barrels of crude a day to the United States in 2018, according to U.S. Energy Department data.

Shipments to the United States account for about 75 percent of the cash Venezuela gets for crude shipments, according to a Barclays research note published last week.

Guaido took the helm of the National Assembly on Jan. 5 with a call for the armed forces to recognize Maduro as a “usurper” after his May 2018 re-election vote, widely viewed as fraudulent.

Backing for Guaido has come principally from the Western hemisphere. Venezuelan allies including Russia and Turkey – both important commercial partners – criticized Guaido’s rise as an example of United States colonialism.