WASHINGTON (Reuters) – U.S. Senate majority leader Mitch McConnell said on Thursday he was still trying to determine the best way to respond to the October murder of Saudi journalist Jamal Khashoggi at a Saudi consulate, but described the kingdom as an important U.S. ally against Iran. 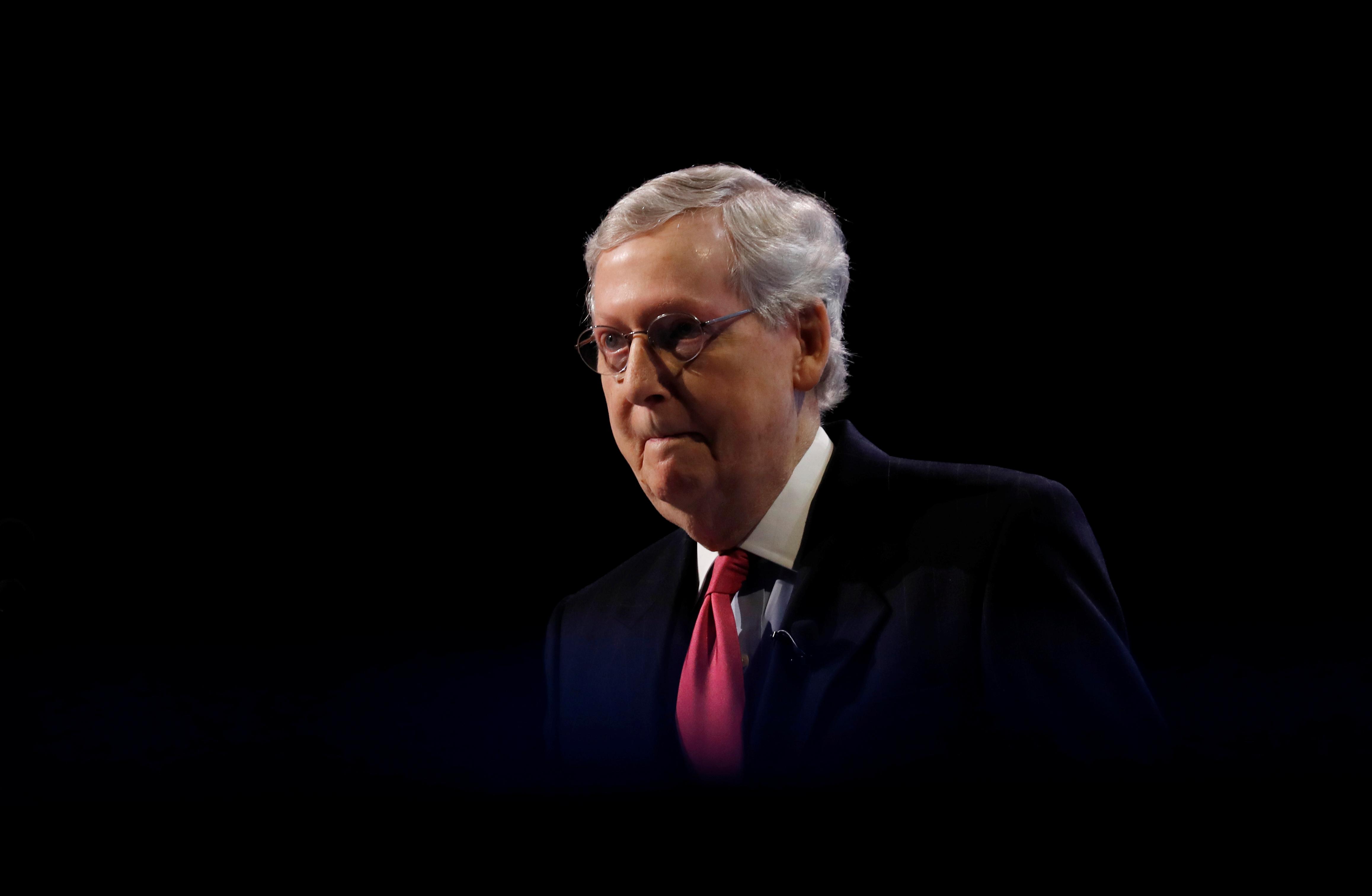 “We’re trying to figure out the best way to” respond, McConnell said at a roundtable meeting with reporters.

“Obviously what clearly happened is outrageous and unacceptable. On the other hand, Saudi Arabia’s an important ally against the Iranians. So it is a difficult problem to figure out exactly the most appropriate response.”

Members of Congress, including some Senate Republicans as well as Democrats, have been clamoring for Republican President Donald Trump to take a stronger line against Saudi Arabia.

They are concerned not just about the death of Khashoggi, a U.S. resident and Washington Post columnist killed in October at a Saudi consulate in Turkey, but also the heavy toll on civilians of the war in Yemen, where a Saudi-led coalition is battling Iranian-backed Houthi rebels.

A CIA assessment has blamed Crown Prince Mohammed bin Salman for ordering Khashoggi’s killing. Riyadh denies the prince had any involvement in the murder.

Lawmakers have introduced legislation seeking to impose sanctions on Saudi officials, but they have failed to advance in the Senate.

McConnell would not say whether he foresaw votes on those measures. “It’s a tough situation,” he said.

McConnell also predicted that the Senate, where Republicans hold a slim majority, would sustain Trump’s expected veto of a resolution that would end U.S. involvement with the Saudi-led coalition in the war in Yemen.

The war powers resolution passed the House of Representatives last week, in a historic rebuke of Trump’s policy of continued support for Saudi Arabia. Having already passed the Senate, the measure was sent to the White House, where Trump is expected to issue the second veto of his presidency.

It was the first time both chambers of Congress supported a War Powers resolution, which limits the president’s ability to send U.S. troops into action without the consent of Congress.

“I think the veto will be sustained,” McConnell said.

McConnell said he did not agree with this use of the war powers act, because the United States does not have troops on the ground in Yemen. The U.S. military is providing targeting assistance to the Saudi-led coalition.

Overriding a veto requires two-thirds majorities in both the Senate and House.