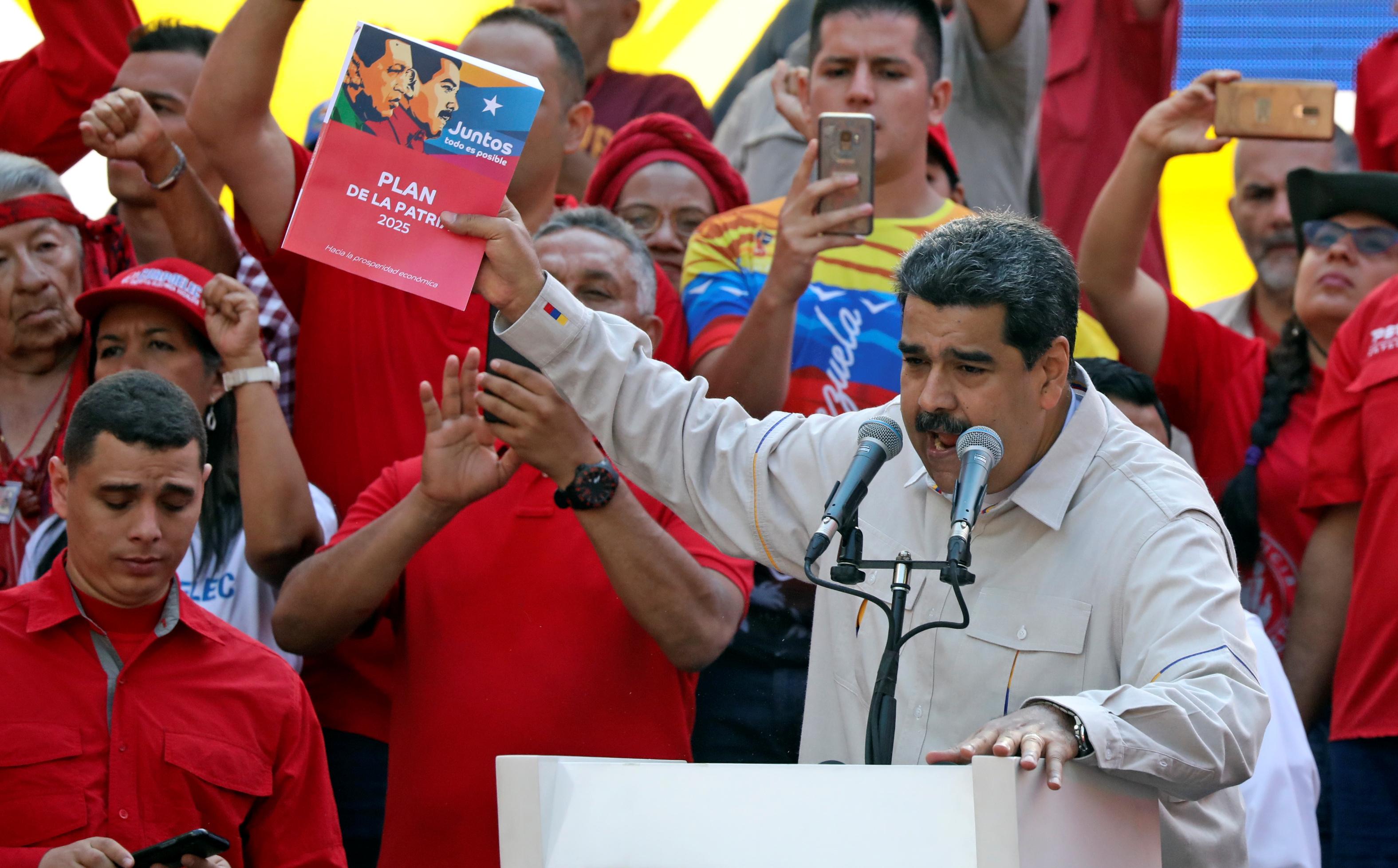 He said the United States had drafted a U.N. resolution and called on all states to support it. It was not immediately clear if Pence was proposing a resolution in the 15-member Security Council or the 193-member General Assembly.

“The time has come for the United Nations to recognize interim president Juan Guaido as the legitimate president of Venezuela and seat his representative in this body,” Pence told the U.N. Security Council.

More than 50 countries have recognized Guaido as Venezuela’s leader. When asked if the United States thought it had enough backing to oust Maduro’s government at the United Nations, Pence said: “I think the momentum is on the side of freedom.”

Russian U.N. Ambassador Vassily Nebenzia accused the United States of provoking an artificial crisis to oust Maduro and replace him “with their own pawn,” actions he described as a “lawless, thuggish violation of international law.”

“We call on the United States to once again recognize that the Venezuelan people and other peoples have the right to determine their own future,” Nebenzia said. “If you want to make America great again, and we are all sincerely interested in seeing that, stop interfering in the affairs of other states.”

The U.N. has previously had to address competing claims for representation at the world body.

In September 2011, the General Assembly approved a Libyan request to accredit envoys of the country’s interim government as Tripoli’s sole representatives at the world body, effectively recognizing the National Transitional Council. The move came after the United States, Russia, China and European nations had all recognized that council.

The United States called Wednesday’s meeting of the Security Council to discuss the humanitarian situation in Venezuela. U.N. aid chief Mark Lowcock told the council that there is a “very real humanitarian problem” in the country.

“The scale of need is significant and growing. The United Nations is working in Venezuela to expand the provision of humanitarian assistance,” Lowcock said. “We can do more to relieve the suffering of the people of Venezuela, if we get more help and support from all stakeholders.”

He briefed the council on a recent U.N. report on the situation that estimates about a quarter of Venezuelans are in need of humanitarian assistance, and painted a dire picture of millions of people lacking food and basic services.

Some 3.4 million Venezuelans have left the country and the United Nations predicts that will rise to some 5 million by the end of the year.

In February Venezuelan troops blocked U.S.-backed aid convoys entering from Colombia and Brazil. Venezuelan President Nicolas Maduro has said there is no crisis and blames U.S. sanctions for the country’s economic problems. Maduro has accepted aid from ally Russia.

“In Venezuela, there is a need to separate political and humanitarian objectives. Humanitarian assistance must be delivered on the basis of need alone,” Lowcock said. “We seek the council’s support to safeguard the neutral and impartial nature of humanitarian action.”