Somalia said on Sunday it had seized almost $10m from a Royal Jet aeroplane that arrived at Mogadishu airport. 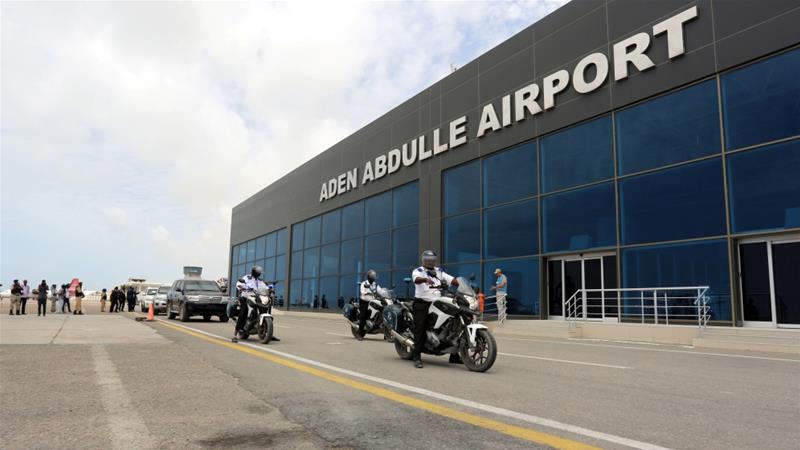 The United Arab Emirates (UAE) has denounced the seizure of what it described as a civilian aircraft carrying nearly $10m by Somali authorities at Mogadishu airport.

The government of Somalia said on Sunday it had seized several bags of money containing $9.6m in cash from a plane arriving from the UAE capital Abu Dhabi.

According to a statement carried on Tuesday by WAM, the UAE state news agency, the sum was intended to support the Somali military and trainees.

“Money allocated to support the Somali army and trainees was seized at gunpoint by Somali security personnel, who disrespected some members of the UAE forces,” it said.

The money was found in three unmarked bags on a Royal Jet plane, according to the Somali interior ministry, and its seizure resulted in an hours-long standoff between airport officials and UAE embassy staff in Mogadishu.

Royal Jet is an airline based in Abu Dhabi, servicing the luxury market between the UAE and Europe.

“The seized money is worth $9.6m. Security agencies are currently investigating where the money came from, where it was going, the individuals involved and the reason for bringing money worth this amount into the country,” Somalia’s interior ministry said in a statement late on Sunday.

Relations between Somalia and the UAE have been frosty since June last year.

Mogadishu resisted Emirati and Saudi pressure to cut ties with Qatar following a dispute between the Gulf neighbours. Somalia said it was neutral in the Gulf diplomatic rift.

Last month, Abu Dhabi agreed to train security forces in Somaliland – a region in northern Somalia seeking to secede from the country. The UAE has also signed with Somaliland a 30-year concession to manage Berbera Port in the semi-autonomous region. It has also started building a military base in the port city.

Somalia dismissed the agreement between Abu Dhabi and the northern Somali region as “non-existent, null and void” and called on the United Nations to take action.

Speaking at the UN Security Council last month, Abukar Osman, Somalia’s ambassador to the UN, said the agreement between Somaliland and the UAE to establish the base in Berbera is a “clear violation of international law”.

Osman called on the Security Council to “take the necessary steps” to “put an end to these actions”.

“The Federal Government of Somalia strongly condemns these blatant violations, and reaffirms that it will take the necessary measures deriving from its primary responsibility to defend the inviolability of the sovereignty and the unity of Somalia,” he said.