The move comes after several banks cut ties with money exchange houses due to concerns about illicit financial flows. 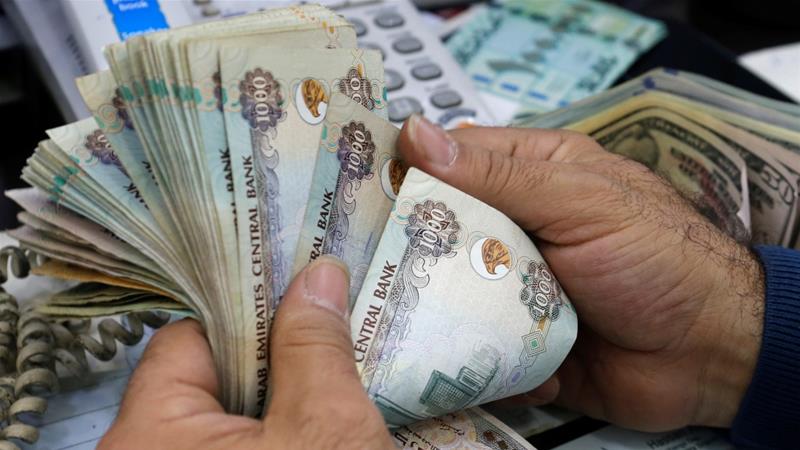 Money exchange houses in the United Arab Emirates have been ordered by the central bank to raise their standards, after several banks cut ties with them due to concerns about the risk of illicit financial flows.

The UAE’s huge expatriate workforce and growing business and tourism sectors have made it a global centre for exchanging foreign currencies and transferring money to and from the Middle East, Asia, Africa and parts of Europe.

But some of the roughly 125 exchange houses in operation have struggled in recent years as a growing number of US dollar correspondent banks, relied upon to clear dollar trade, and local lenders cut ties with them.

The banks have often cited the prohibitive compliance costs they must have in place to ensure they are not doing business with exchange houses laundering money or financing terror.

In an effort to improve the industry’s fortunes, the central bank earlier this month published a 150-page document laying out standards that exchange houses must comply with by January 2019 or risk fines and, in the most extreme case, having their licences revoked.

The rules include requiring exchange houses to appoint a compliance officer and to check and record the identification of the senders and receivers of all money transfers, said sources familiar with the matter.

Currently, exchange houses are only required to do so on transactions of more than 2,000 dirhams ($545).

Money transfers between exchange houses in the UAE will also have to be made via the central bank’s electronic transfer system, rather than in cash, the sources said.

Exchange houses have also been told to avoid cash for trade-related transactions and only to conduct transactions for charities and other societies which have permission from the government to collect donations and transfer funds abroad, the sources said.

The central bank did not respond to a Reuters request for comment.

“Implementing such issues will require a lot of costs,” said Osama al Rahma, chairman of the Foreign Exchange and Remittance Group (FERG), an industry body, and chief executive of Alfardan Exchange.

“Large exchange houses will be able to comply – and many already are. But for medium and small ones the option will be either to consolidate or find a way of enhancing capital requirements.”

Exchange houses have already faced an increasingly stringent regulatory environment in recent years. At the start of 2016, new guidelines for minimum capital came into effect, with companies required to hold at least 5 million dirhams if they offer remittance services, up from a previous 2 million. Firms handling wage payments must hold at least 10 million dirhams.

To improve the industry’s reputation, FERG in January published an anti-money laundering manual to give exchange firms guidance on best practices.

“We are trying to create an awareness of what we are doing,” said Rajiv Raipancholia, treasurer of FERG and chief executive of Orient Exchange.

The UAE central bank revoked the licence of one exchange house in 2016 because of breaches of anti money-laundering rules and took the same action against another two in 2013 for breaking financial regulations.