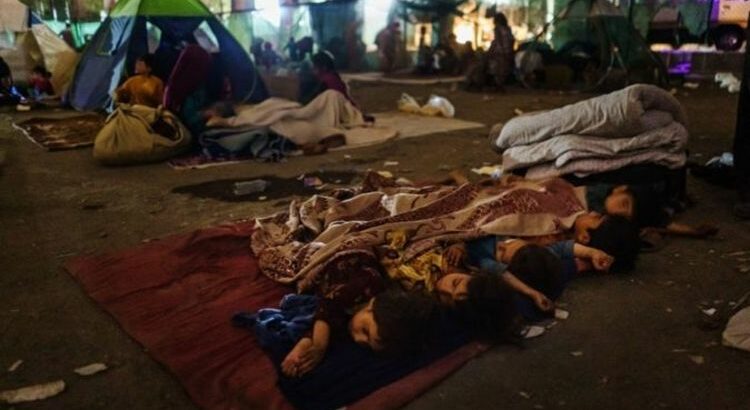 Afghanistan has been devastated by a Taliban take over. As militants continue to take territory, many Afghans have become refugees, leaving their homeland to escape the extremist group. The UK has said it will welcome up to 20,000 Afghans, but just how many refugees did the UK accept last year?

Despite Government pledges to help Afghans fleeing the Taliban, shocking statistics by the United Nations Refugee Agency (UNHCR), reveals the UK is lagging behind other countries in accepting refugees.

Prime Minister Boris Johnson said: “We owe a debt of gratitude to all those who have worked with us to make Afghanistan a better place over the last 20 years.

“Many of them, particularly women, are now in urgent need of our help.

“I am proud that the UK has been able to put in place this route to help them and their families live safely in the UK.”

His words appear to ring hollow, as according to statistics by the UNHCR, the number of refugees the UK accepted in 2020 was far behind many others.

Britain ranks a lowly 11th in the number of Afghan refugees it housed in 2020.

The US much like the UK, has said it is committed to taking in Afghan refugees.

US President Joe Biden announced in May that the US would admit up to 62,500 refugees this year.

It comes after the President lifted the cap on refugees imposed by his predecessor, Donald Trump.

The US President said this new figure “erases the historically low number” of refugees allowed by the US.

Under Mr Trump, just 15,000 refugees fleeing persecution from around the world were allowed to settle in the US.

Despite this, the US ranked a miserable 22nd in the number of refugees it hosted from Afghanistan, hosting just 1,592 in 2020.

Home Secretary Priti Patel’s blasting of other European countries to do more to accept refugees, in light of this data, seems a little misplaced.

Ms Patel told Sky News: “Within Europe, there is so much more that the EU Commission can do and could do in terms of stopping irregular migration and creating safe and legal routes.

“To be frank I have also been talking to and persuading other EU states over recent months to effectively tell them to do much more on the humanitarian side.”