50 people were killed and 34 others injured in a horrific massacre at two Christchurch mosques earlier this month.

Suspect Brenton Tarrant was later arrested and charged over the slaughter.

In his alleged manifesto, the 28-year-old Australian rallied against immigration in Europe and the US – in particular, Muslims, migrants and refugees.

This document and the murders could now inspire other terrorists to rise up and unleash havoc in the UK., it is claimed. 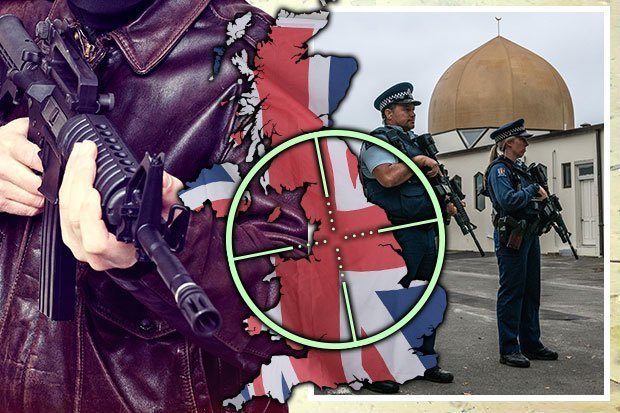 He told Daily Star Online: “The massacre and published manifestos of the perpetrator has given the far right movements in the UK a dangerous and false reawakening spirit.

“Some violent extremist activity could drive the message of a great replacement of some superior white race.”

Mr Otto points to how easily the far-right can spread their evil messages online – often employing the same propaganda tactics as jihadis.

He continued: “If one were to measure the current atmosphere and far right activities as reaction to jihadist extremism actions, there is no doubt that the Reaction is far greater in intensity, much more open and spread across the UK both offline and online platforms.”

ISIS’ so-called caliphate has been virtually wiped out in Syria, and the terror group’s position has become increasingly frail.

But as the jihadis are steadily weakened, the far-right has grown even more brutal.

“Like in the Anders Brevik case, there are ‘copy-cat’ tactics from jihadist movements.