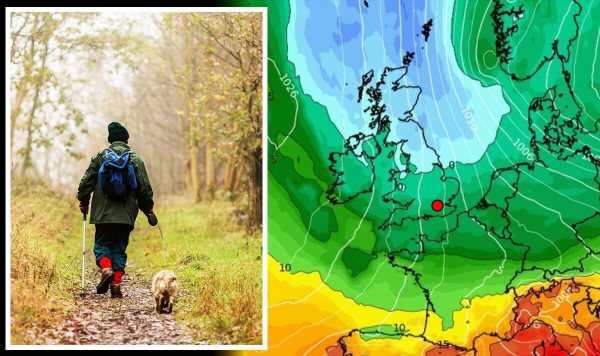 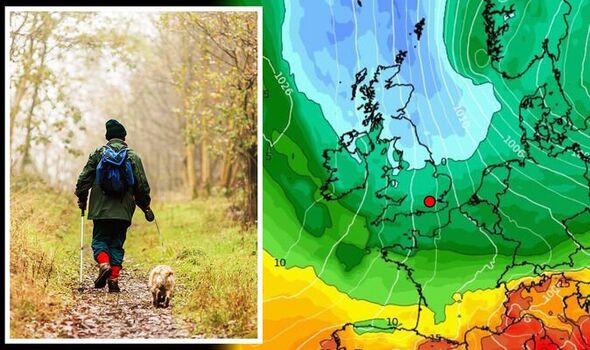 Thermometers will hit 26C across southern and Britain on Monday as the remains of ex-Hurricane Danielle pull a steamy plume in from the Continent. Temperatures will hover in the 20Cs in southwestern and western regions on Tuesday, although Scotland and northern England will stay cooler.

But it all changes mid-week when the weather falls under the influence of the remains of a second tropical hurricane, Earl.

Weather models reveal a chilly swathe of air from Scandinavia and the Arctic region plunging over Britain at the end of the week.

It will follow a north-south split at the start of this week, with southern regions warming up as the north shivers. 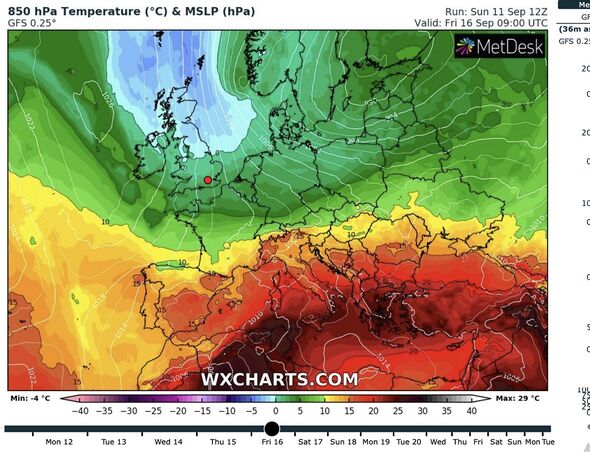 BBC meteorologist Chris Fawkes said: “On Monday, we have a weather front across central areas of the UK, and that is separating increasingly cool air that is working into the northwest from increasingly warm air that is heading in across parts of eastern England.

“We have rain on and off during the day, but it should become drier and brighter, cooler air spreads into northwest Scotland with highs of just 14C in Stornoway, contrast that with the 26C we are expecting across parts of London and southeast England.

“On Tuesday, north-westerly winds will spread across all parts of the UK so those temperatures will be coming down a little bit and although there will be a lot of dry weather there could be a few showers across the north of Scotland.”

While Britain will get a break from the rain over the next few days, it will turn cooler ahead of the weekend, he added. 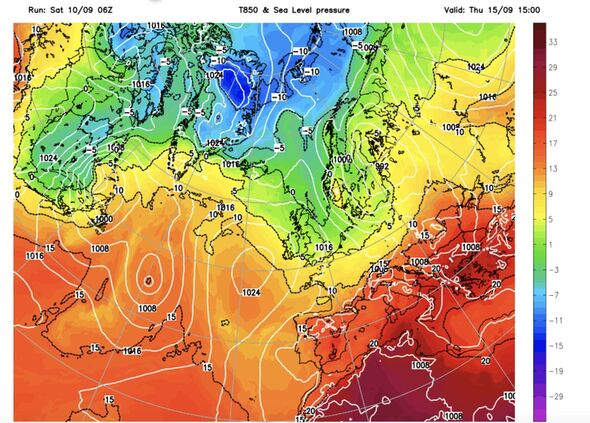 He said: “The emphasis is on a lot of dry and bright weather with some sunny spells.

“For much of the week ahead, there is a ridge of high pressure, and it will be quiet with most of us seeing some sunny spells and there is a tendency for things to turn a bit cooler.”

After weather fronts associated with ex-Hurricane Danielle bring a showery blast of warmth today, high pressure will set in.

Jim Dale, meteorologist for British Weather Services, said: “On Monday and Tuesday because Danielle is to the west of the UK, it will drag in some tropical air, but mostly air in from the south, and because of this we will see a brief rise in temperatures.

“It is a fairly autumnal set up.

“But largely, for the next week or so, it is looking calm and dry with morning fog in places.” 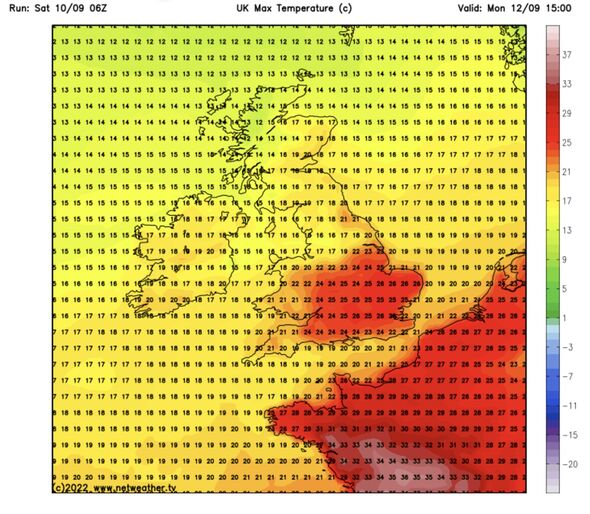 Parts of Wales and northwest England are facing a deluge to start the week with a Met Office rain warning in place across the region.

More than three inches of rain are forecast in the worst-affected parts particularly during the morning.

A Met Office spokesman said: “Following some rain during Sunday afternoon and evening another band of heavy rain is likely across parts of north Wales and into northern England from early on Monday morning.

“With much of this rain falling in three to six hours some disruption is likely, particularly to travel during Monday morning.”