The British High Commissioner to India has said the UK regrets the massacre of hundreds of Indians by British troops in Amritsar 100 years ago.

Dominic Asquith was speaking at an event on the subcontinent to mark the 100th anniversary of the atrocity, which Theresa May told the Commons last week was a “shameful scar” in British-Indian history.

But the diplomat – the equivalent of the ambassador in Commonwealth countries – stopped short at an apology.

At the time Mrs May spoke in parliament, Labour leader Jeremy Corbyn said the people deserved an apology. 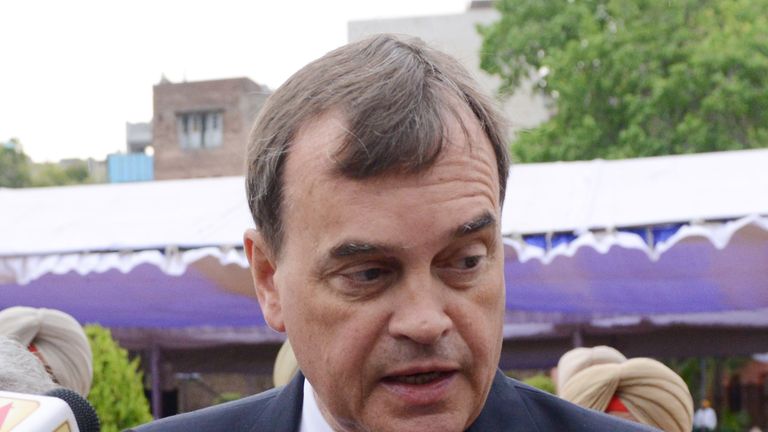 Historians are split about whether the UK should apologise for the massacre, which saw at least 379 Sikhs killed, according to official figures, as some believe it will allow the event to be forgotten.

Local residents at the time of the event, which is also called the Jallianwala Bagh massacre, said the death toll was far higher.

Mr Asquith, who was surrounded by reporters as he attended the memorial to pay tribute to the victims, said “the revulsion that we felt at the time is still strong today”.

He added: “I would just ask you to respect what I came here to do, which was to commemorate those who died 100 years ago, to express the sorrow of the British Government and of the British people. “But I would repeat what I said: both governments are committed to building a very strong relationship.”

On Wednesday, Mrs May said in the Commons: “The tragedy of Jallianwala Bagh in 1919 is a shameful scar on British Indian history.

“As Her Majesty the Queen said before visiting Jallianwala Bagh in 1997, it is a ‘distressing example’ of our history with India. We deeply regret what happened and the suffering caused.

“I am pleased that today the UK-India relationship is one of collaboration, partnership, prosperity and security.”

Mr Corbyn responded: “The people, in memory of those who lost their lives and the brutality of what happened, deserve a full, clear and unequivocal apology for what took place on that occasion.”

The anniversary comes during a seven-phase voting period in India’s general election.

Incumbent prime minister and BJP leader Narendra Modi and his challenger, Indian National Congress party leader Rahul Gandhi, were among those who attended the memorial event on Saturday.

Mr Gandhi said: “The cost of freedom must never ever be forgotten. We salute the people of India who gave everything they had for it.”

The Chief Minister of the Punjab, which includes Amritsar, demanded “an unequivocal official apology from Britain”. Amarinder Singh said on Twitter: “Remembering the martyrs of Jallianwala Bagh Massacre on the centenary of the most gruesome incident in Indian history. The sacrifice and valour of the martyrs of this tragedy will never be forgotten… The nation remains indebted to them.”

The massacre occurred amid a period when Indians were becoming increasingly restive in the face of colonial government measures they found repressive. 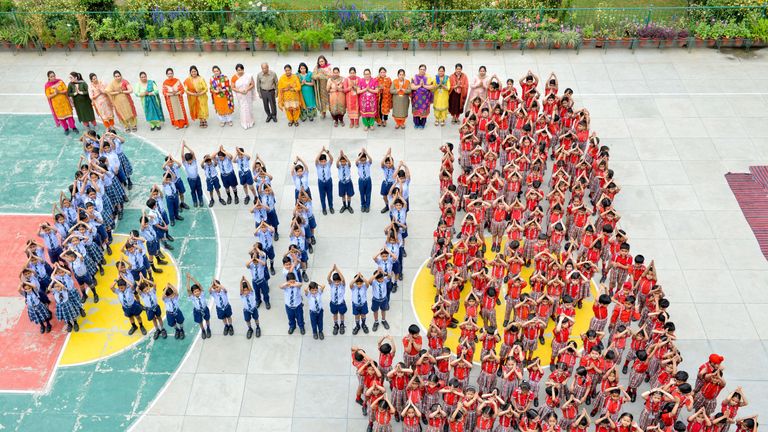 Brig Gen Dyer responded by ordering his troops to fire on the crowd, with hundreds of rounds being shot before they withdrew.

Dyer said later that the firing was “not to disperse the meeting but to punish the Indians for disobedience”.

Winston Churchill, secretary of state for war at the time, described the massacre as “monstrous”. Former prime minister Herbert Asquith said it was “one of the worst outrages in the whole of our history”.

Dyer was forced into retirement after an inquiry, but many still feel that blaming what happened on one man undermines the idea that it was the colonial system that was at fault. 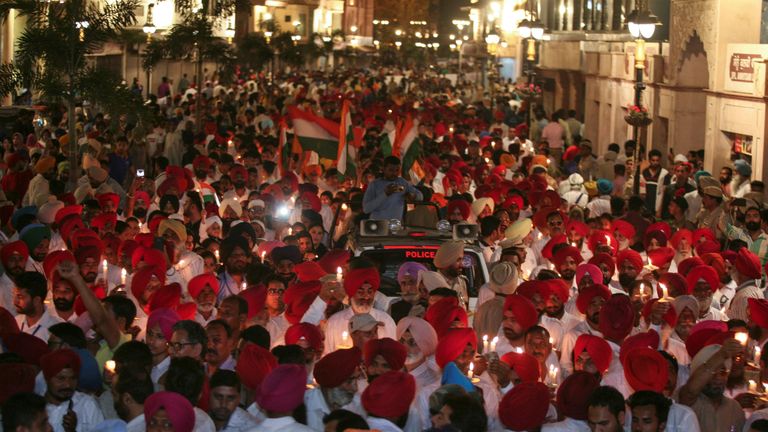 The Queen laid a wreath at a site during a tour of India in 1997. But the gesture was undermined by Prince Philip who reportedly said Indian estimates for the number killed were “wrong”.

In 2013, David Cameron became the first serving British prime minister to visit the site, describing the massacre as “deeply shameful”.

The incident is a key moment in several films and books about Indian history of the last few decades, including the Oscar-winning biopic Gandhi, ITV’s BAFTA-winning drama series The Jewel In The Crown and Salman Rushdie’s Booker prize-winning novel Midnight’s Children, as well as several Bollywood movies.