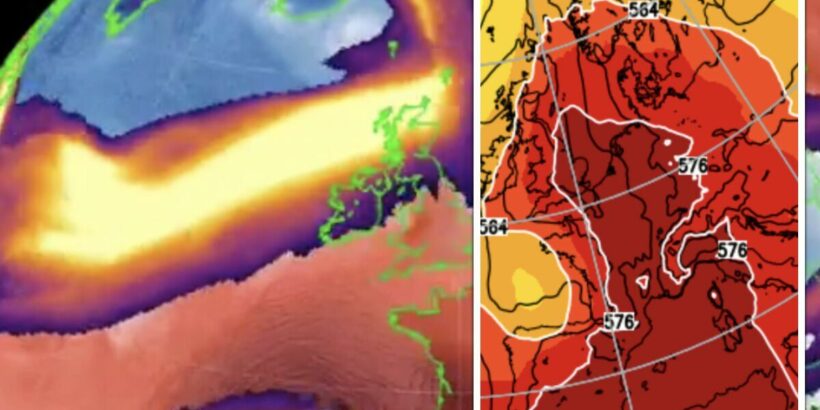 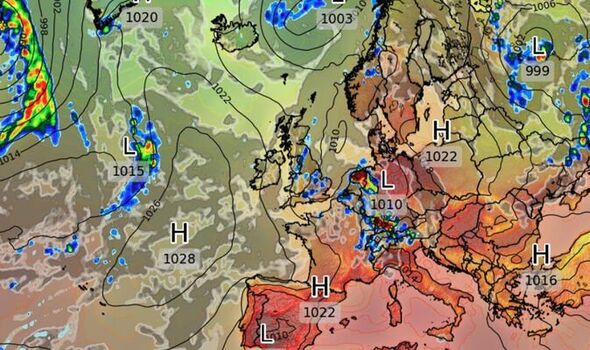 The molten gateway to the aptly named Death Valley will simmer at 48C while meteorologists closely watch UK thermometers rocket to 42C as horror heat smothers the country. Health experts are particularly concerned about predictions tonight will stay in the 30Cs, dropping to the 20Cs only during the early hours of tomorrow.

Last night was the warmest night on record with temperatures of 27C in central England, and widely between 20C and 25C, though slightly cooler in Scotland at 17C.

Drivers are warned against taking cars out on the road with extreme heat threatening to make tyres blow.

The AA warned those with older vehicles without a recent service ‘to consider whether they should be traveling’. 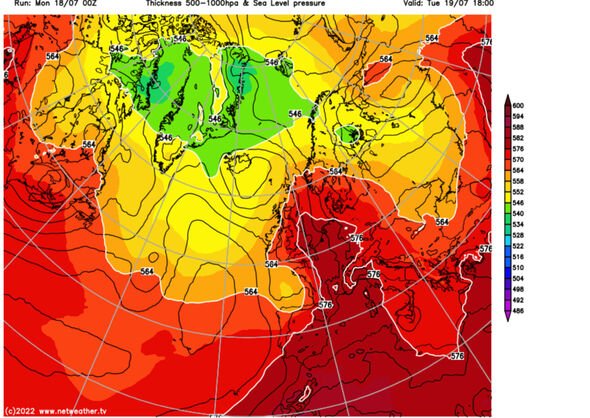 A spokesman said: “There is a greater danger of tyre blow-outs in extreme temperatures.

“Some local authorities have sent out the gritters to put sand on roads to try to prevent the road surface from melting.”

Edmund King, AA president, added: “The extreme temperatures could be dangerous if you breakdown or get stuck in congestion.

“The heatwave could cause considerable problems for many older vehicles without air-conditioning or recent servicing.

“Driving outside the hottest part of the day is advisable.” 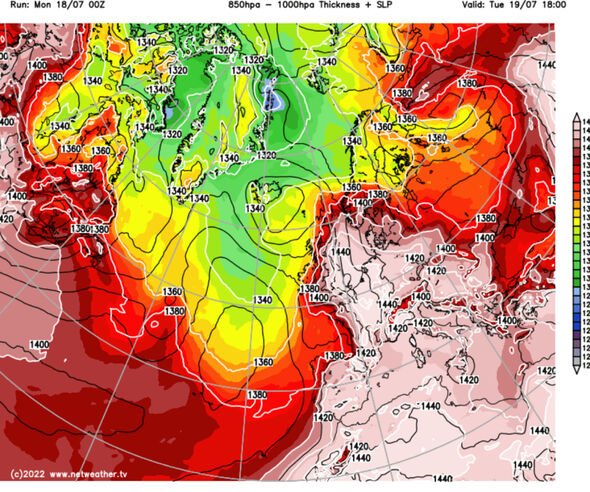 Experts warn the Britain’s heatwave is about to hit crisis point as killer heat ramps up to levels unheard of in the UK.

Weather models predict highs of between 37C and 42C across southern and central regions by 3pm while northern Britain hits 39C and Scotland, 29C.

Thermometers will be boiling in the high-30Cs into this evening before dropping only slightly tonight.

Jim Dale, meteorologist for British Weather Services, said: “Temperatures are likely to peak on Tuesday, and we are looking at records falling and the possibility of hitting 40C

“This has the potential to be very serious if people do not take due care, and there is no doubt that these sorts of temperatures can and will kill.

“This no ordinary period of summer weather, we are now in dangerous territory that the country is simply not prepared for.”

This month the Met Office issued a mocked-up weather forecast predicting temperatures of 40C in the year 2050 as a climate change warning. 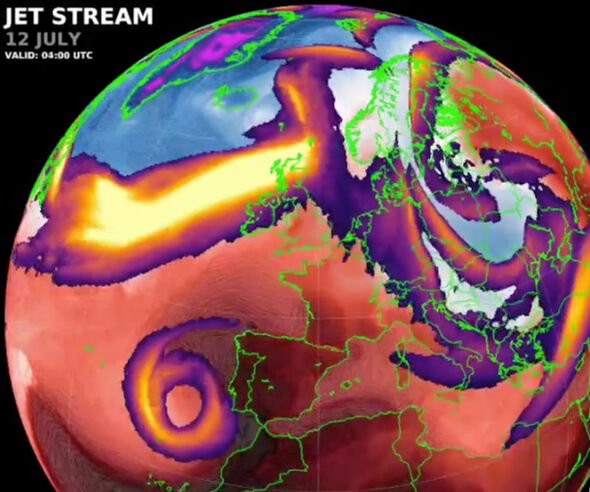 Last night was the warmest night on record with UK houses unable to cope with temperatures higher than the tropics.

Met Office meteorologist Aidan McGivern said: “Tuesday will be even hotter than Monday in many places.

“Our houses are built to keep heat in, so they will retain a lot of the heat.

“Temperatures on Tuesday are looking extraordinary across much of the UK, widely in the low- to mid-30Cs across southern Scotland and into northern England.

“For much of England and Wales, the low- to mid-30Cs are expected quite widely while a large part of central and eastern England could reach 38C to 40C, perhaps 41C.

“We have never seen temperatures as high as this in the UK, we are seeing extraordinary levels of heat, and impacts are possible.”

The UK is in the grip of a heatwave which will push the mercury higher than Africa, Asia, the Far East, South America, the Caribbean and the Middle East.

Death Valley is one of only a handful of global hotspots to beat the UK as unprecedented heat sweeps in from Africa.

It is being pulled in by a jet stream ‘cut-off low’ ‘vortex’ to the west of Portugal which with high pressure over the UK is funnelling in a lethal plume of superheated air.

James Madden, forecaster for Exacta Weather, said: “The heat surge will continue through the start of the week, growing in intensity, and there is a high chance we will see records fall.”

Britons desperate to cool down will only have to wait until tomorrow when temperatures will plummet across much of the country.

Much of Britain will return to more bearable levels of heat, although southern and southeastern regions will stay in the mid-30Cs.

Scotland and northern England will sink to the high-teens and low-20Cs, with much of the country in the high-20Cs.

However, forecasters warn cooler air colliding with a dome of heat over Britain will ignite a spate of violent thunderstorms.

Mr Dale said: “These will be sporadic, but where they do pop up they will have the potential to be quite spectacular.

“The last few days have ploughed a massive amount of energy into the atmosphere and that could well go bang.

“In addition, cooler air coming in will collide with very hot air, and this will bring some very unstable atmospheric conditions.

“It will be touch and go where these storms pop up, but they have the potential to be quite intense.”