The Met Office has warned of “prolonged and occasionally heavy” rainfall on Friday, with up to three inches falling in some areas. While the Environmental Agency has issued 72 flood warnings and 107 flood alerts across England. There will also be fog patches across southern England. The shocking video in Chesterfield shows relentless rain hitting the road as the water looks close to overflowing onto the pavements.

The person who filmed the video appears to have got out of their car on the flood-hit road.

It is unclear whether the flooding caused the person to stop their car or whether they did so just to film the flood. 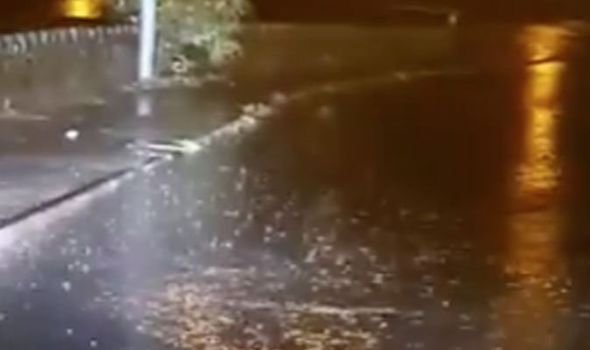 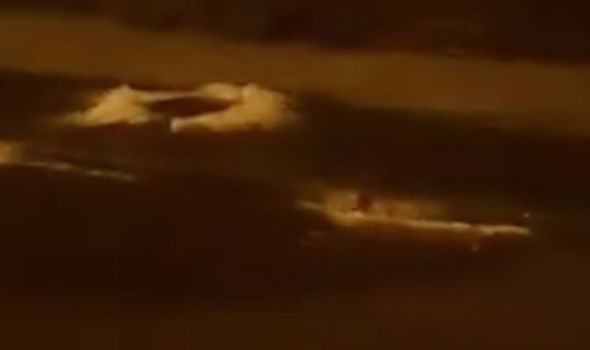 Meteorologist Alex Deakin said: “Friday, overall a lot drier cold starts because Northern Ireland and Scotland with frost here and some fog patches across parts of England – they’ll be slow to clear away.

“The frost will be slow to lift across Scotland with showers coming in across the coast, in the north, well we could see some icy conditions here with a bit of snow on the hills.

“It is a dry, fine start for northern Ireland, but it is cold – just above freezing in Belfast perhaps but rural areas seeing a frost and some fog patches over our parts the Midlands.

“In eastern England, in particular, it’s still quite damp but the persistent heavy rain has now eased away, so a much drier day in northeast England but still some showers coming in here through the day from the North Sea.” 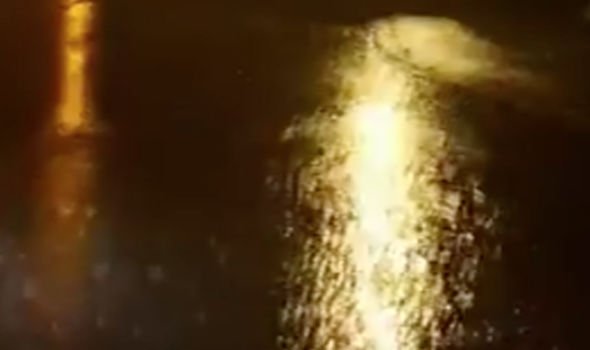 Mr Deakin continued: “Whereas for Wales, Northern Ireland and most of Scotland by and large a sunny day, skies brightening in the southwest as well too many showers in southeast England but some will keep going across East Anglia and northeast England

The drop in temperatures will make for an icy blanket covering much of the UK. 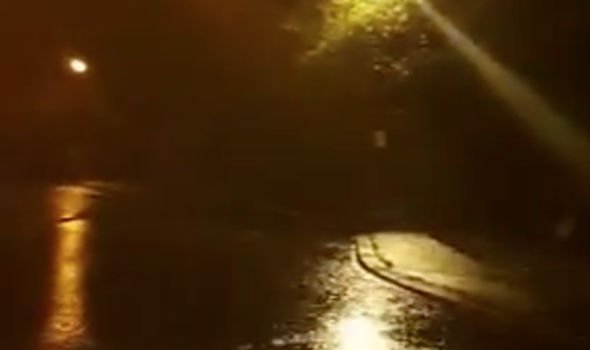 “Temperatures will be tumbling, so it’s going to be a cold start to the weekend there will be a frost.

“This band of cloud and rain on this weather front as it hits that cold air out while that could provide some wintry weather.

“Some snow is likely over Hills as that wet weather moves in, chiefly it’ll be ready across Northern Ireland.”

Wales is likely to have much of the snow, with its highland areas victim to a wintry chill.