London: The UK government has been warned against over-committing its military resources to the Indo-Pacific given the war in Ukraine.

The clarion call came as Prime Minister Rishi Sunak signed a bilateral defence and security pact with his Japanese counterpart Fumio Kishida at the Tower of London which the UK said would “cement the UK’s commitment to Indo-Pacific security” by allowing both forces to devise larger military exercises and deployments. 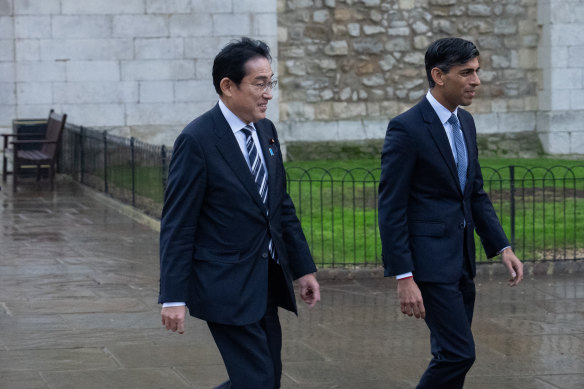 The alarm over the UK over-extending itself to the Indo-Pacific was sounded by the House of Lords International Relations and Defence Committee ahead of a major review of the country’s strategic defence and foreign policies.

“The Government must guard against … and remain wary of … the risk of over-committing defence resources to the Indo-Pacific at a time when the European security environment is deteriorating,” Lords warned in a report released on Thursday.

The UK’s last Integrated Review (IR) envisaged a major and long-term tilt towards the Indo-Pacific with an ambition of becoming the European partner of choice with the most integrated and broadest presence in the region by the end of this decade.

It was the first time the IR mentioned the region as part of the Conservative’s post-Brexit vision of a “Global Britain” and combined with a growing number of China hawks in the House of Commons.

But the IR described China as both a “systemic competitor” and an “important partner” which the Committee said was ambiguous and added to the uncertainty over how the UK will respond to the threat posed by Xi Jinping’s increasingly aggressive stance.

Sunak has dropped the Global Britain slogan and instead described China as a “systemic challenge” and promised to respond with “robust pragmatism.”

The UK wants to increase deployments of its warships — the Carrier Strike Group — to the region which it sent in 2021.

And it has floated the possibility of sending its own submarines to patrol the area to help Australia plug its capability gap as its ageing Collins Class submarines are retired and it acquires nuclear submarines, from either the United States or the UK under the AUKUS agreement.

And there are even plans to design a new generation of submarines common to the three allies.

But the Lords Committee said that the war in Ukraine, the United States’ withdrawal from Afghanistan, increased tensions between China and Taiwan, as well as the cost-of-living crisis, had fundamentally changed the strategic and economic landscape.

And it said that AUKUS had contributed to the UK’s relationship with France deteriorating over the last five years, something it called to be reversed by greater military partnership between the two countries.

The Committee spent seven months examining the UK’s defence policy and heard from 39 witnesses, including Defence Secretary Ben Wallace, the Chief of the Defence Staff and senior Ministry of Defence (MoD) officials. 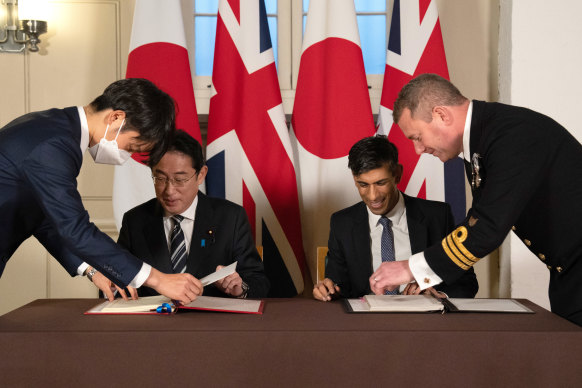 Wallace made a startling admission to peers, when he said that the UK could not meet its core NATO obligation that the United States expects, which is to provide an armoured division in the event of a conflict.

The MoD says its First Division, comprising eight brigades, is the UK and Coalition Allies “partner of choice” that is “constantly ready.”

Its last deployment was in the Gulf war.

But Wallace said even then the UK did not deploy a full armoured division and that its capabilities had worsened since.

“We have not had an armoured division that could really deploy since 1991,” he said.

“If I look on paper at the current armoured division we have, it is lacking in all sorts of areas. It is lacking in deep fires, in medium-range air defence, in its electronic warfare and signals intelligence capability, in its modern digital and sensor-to-shooter capability.

“On top of that, it is probably lacking in weapons stocks,” he said.

The Committee said it was concerned by this diagnosis.

“Although we welcome the frankness of the Defence Secretary in admitting this problem, we request that the Government sets out whether deploying an armoured division to fight alongside the US is still an objective.”

Wallace said the UK’s supplies had been hollowed out to their lowest level in 40 years which the Committee said made it one of the most urgent issues that needed fixing, with the war in Ukraine exposing a “just-in-time” approach to procuring weapons and ammunition that was not fit for purpose.

“As well as replenishing the equipment it has donated to Ukraine, the Government will need to build greater resilience into its own stocks, supply chains, and industrial capacity,” the Lords said.

“We call on the Government to set out its plans in this regard in its response to this report, as a matter of urgency.”

The government is finalising an update to its Integrated Review which is due to be published in coming months.

“On defence stockpiles, we remain fully engaged with industry, allies and partners to ensure we can continue to provide vital supplies to Ukraine’s frontlines while replenishing UK stock as quickly as possible,” a government spokesman said.