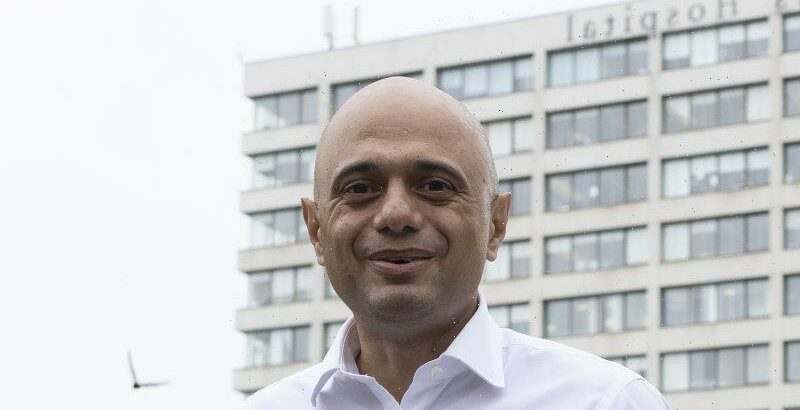 London: Sajid Javid’s debut as Britain’s new Health Secretary has been savaged as “bloody daft” after the minister was forced to apologise to Britons for saying that they should not “cower from COVID”.

Javid, who ran to be Tory party leader in 2019, has curried favour with government backbenchers by taking a bullish approach to reopening the economy since taking on the job.

His rhetoric is in stark contrast to his disgraced predecessor Matt Hancock, who was criticised for favouring longer restrictions but ultimately quit, not over any policy differences but after he was outed by the media for conducting an affair with a staffer during the pandemic. 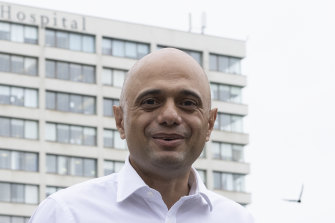 Sajid Javid has been obliged to apologise after health workers and their families responded angrily. Credit:Getty

But Javid’s tougher tone ran into trouble on Saturday when he was forced to delete a tweet from earlier in the day and apologise.

“Please – if you haven’t yet – get your jab, as we learn to live with, rather than cower from, this virus,” Javid said.

The opposition’s health spokesman Jonathan Ashworth told The Sydney Morning Herald and The Age that Javid’s comments showed the government was still being careless with the nation’s health.

“Not only was it utterly offensive when so many have died from this awful disease, it’s also a bloody daft thing for a Health Secretary to tweet who is supposed to be responsible for promoting good public health advice,” Ashworth said.

The campaign group COVID-19 Bereaved Families for Justice UK wrote to Javid accusing him of “carelessness and flippancy” and betraying health workers who lost their lives trying to care for the infected.

“Our loved ones didn’t cover from the virus,” founders Jo Goodman and Matt Fower said.

“They were health and social care workers caring for patients whilst awaiting new supplies of PPE. The carelessness and flippancy of your words betrays the sacrifice so many of our loved ones have made.” 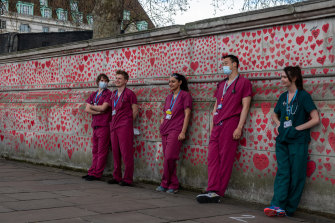 NHS at the National COVID Memorial – many frontline workers were insulted by the suggestion they had “cowered” from coronavirus.Credit:Getty

Javid deleted his tweet, revealing he had personally lost loved ones to the virus.

“I’ve deleted a tweet which used the word cower”, he said.

“I was expressing gratitude that the vaccines help us fight back as a society, but it was a poor choice of word and I sincerely apologise. Like many, I have lost loved ones to this awful virus and would never minimise its impact.”

Goodman and Fower urged Javid to walk the National Covid Memorial Wall which is opposite the Palace of Westminster on the other side of the Thames, “to understand the hurt and insult his poor choice of word still remains”.

But there was better news for Javid with the first fall in the number of infections – the first since the country’s full unlocking last week.

Infections powered by the infectious Delta variant breached 60,000 on July 15 but on Sunday fell for the fifth day in a row to below 30,000, with the seven-day average down 15 per cent for the first time since infections began rising after indoor mixing was permitted.

The drop coincides with the start of the school summer holidays. Javid has warned that infections could rise to 100,000 per day as a result of the entire economy unlocking.

So far, Britain’s daily death rate has remained below 100 as a result of the country’s vaccination rollout – 88 per cent of the adult population have been given a first dose and 70.3 per cent are fully vaccinated.

However, the number of people with the virus in hospital beds rose above 5000 for the first time since the end of March.