Most of Britain will see scorching heat by Friday afternoon, with temperatures in London peaking at 35C to 36C (95F). It comes as a consolation to disappointed holiday-goers, with the UK baking in the sun at temperatures higher than popular European tourist spots, including Ibiza, Berlin and Lisbon. But it won’t last over the weekend, with clouds moving over the UK ruining the heat for Britons.

Chief Meteorologist, Andy Page, said; “The bulk of England and Wales will have dry, very warm and sunny weather to end the week with Friday likely to be the hottest day of the year so far for the UK.


“A few thunderstorms are possible later on Friday and then a cold front moves eastwards by Saturday, bringing a downturn in temperatures once again.”


The sweltering mini-heatwave comes as a southern breeze pushes France’s Mediterranean climate up to the UK.


The South East of England will see the hottest temperatures of Friday, where Kent and Cambridgeshire are expected to see dry sunny spells throughout the day, with temperatures hitting a blistering 33C to 34C (93.2F).


The sweltering heat is expected to beat out sunny weather in Ibiza, Lisbon and Berlin. 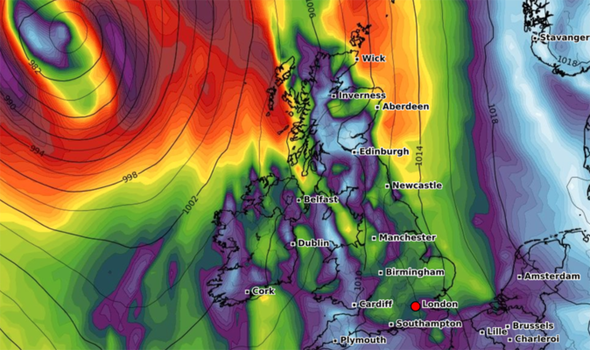 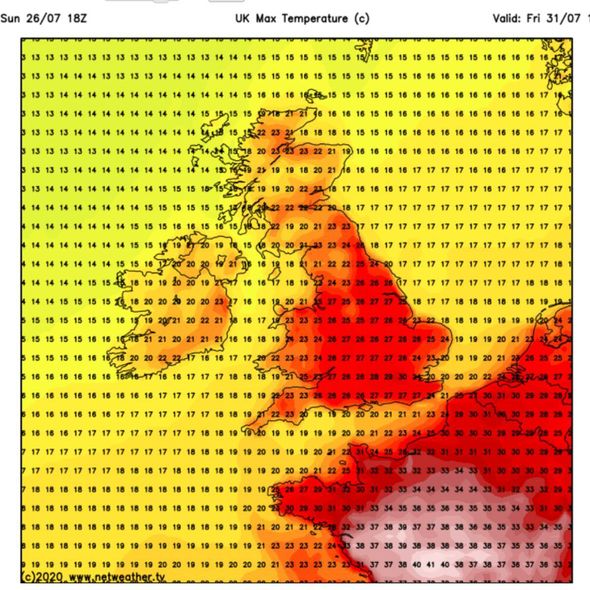 Even the North, which has just seen light spells of rain, will feel heat.

The South coast is also set to stay slightly cooler with a pleasant 28C (82.4F) in the afternoon, which will be felt from Brighton to Bournemouth. 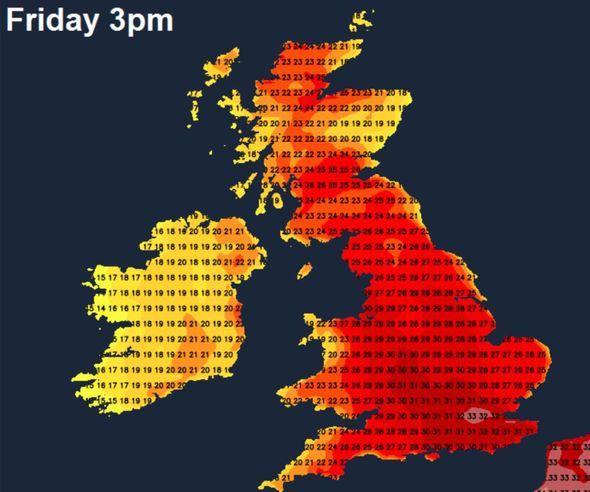 But the hot weather won’t last over the weekend, as a weather front works it’s way through the west of Britain and Northern Ireland.


Bringing patchy rain and narrow cloud, Northern Ireland is set to miss out on the hot weather, with temperatures up to a mild 20C (68F).


The west of Scotland and Wales , as well as the Far West of England, are also set to see drizzle and clouds instead of sunbathing weather, with temperatures also around 20C.


This cold front is set to clash dramatically with the plume of heat, causing a few isolated thunderstorms across South East England, East Midlands and East Anglia on Friday afternoon.

That cold front will stop the mini-heatwave in it’s tracks, and is set to cool the UK down dramatically over the weekend.


Saturday will see the cold front drop overnight temperatures to 10C, but it will still be a pleasant 26C (78.8F) in London and the South East.


Sunday will see showers across the North East of England and Wales, with cool breezes headed south across the Midlands.


Temperatures will continue to drop on Sunday, with the highest expected to be seen again in London at 23C (73.4F). 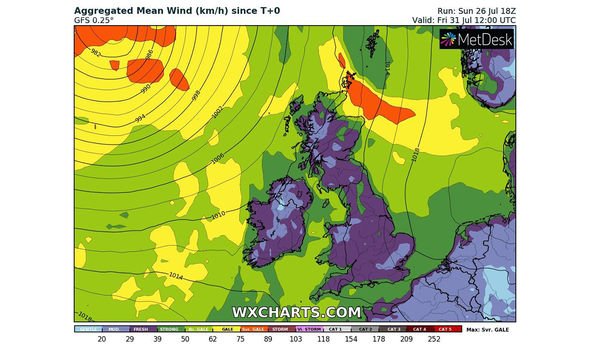 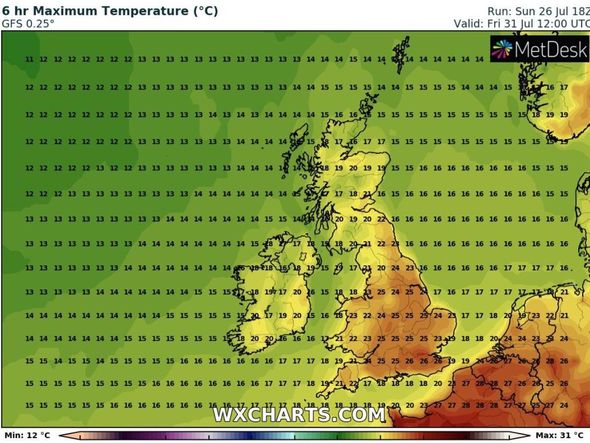 Despite the sweltering end to the month, 2020’s July was actually below temperature compared to 1981-2020 long term averages.


Met Office data also shows that the hottest day of the month so far was July 17, where Heathrow Airport recorded 28.5C (83.3F).


A Met spokesman said: “We’ve not seen a temperature anywhere above 30 so far or even with a three in it, that is quite unusual for July.


“In terms of shifting the overall weather stats for the month, it’s not going to do much to the average.”