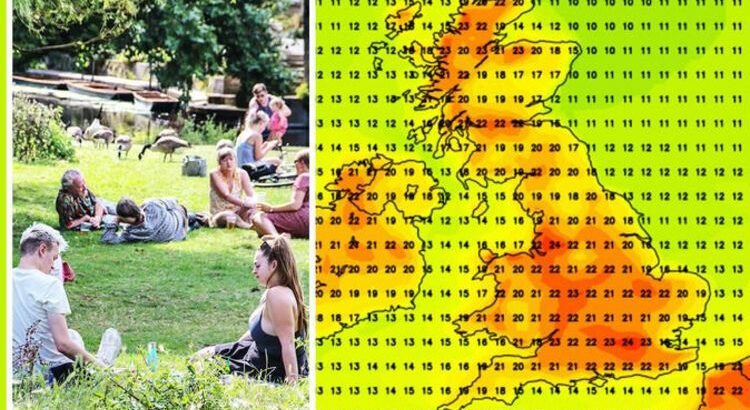 The jet stream is set to head north of the British Isles this weekend, which will allow high pressure to dominate and send temperatures soaring. Weather Outlook forecaster Brian Gaze shared a map showing shades of red and orange that represented high pressure sweeping over the UK from this Sunday, a day before workers enjoy an extra day off for the bank holiday. He wrote on Twitter: “GFS12z still running, but the Azores high is certainly finding its mojo again!”

He later added another map showing the Azores high continuing to sweep over the UK until Sunday, June 6.

He also captioned the map on Twitter with a joke about the high pressure arriving from the Azores. 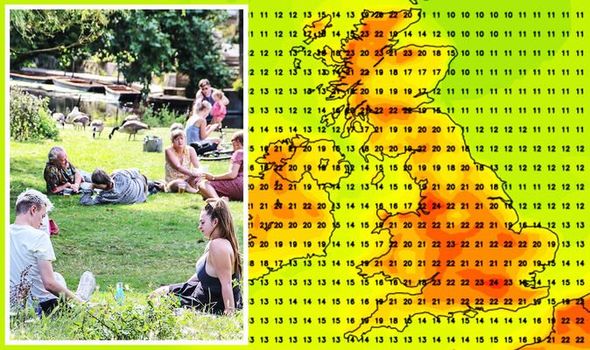 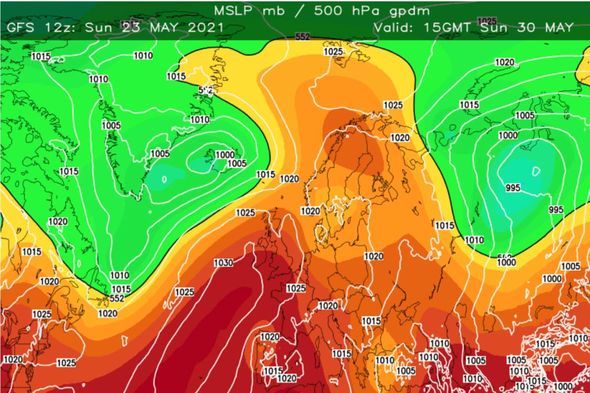 Southeastern regions of England are expected to bask in the warmest highs next week, with 22C hitting London on Sunday, May 30.

On Bank Holiday Monday, 22C could strike the capital city again, before then same temperatures sweep further north to Leeds, Manchester, Liverpool and even Glasgow, in Scotland.

Temperatures could then rise to scorching highs of 24C in London on Tuesday, June 1.

Paul Michaelwaite, a forecaster at Net Weather, explained the change in the jet stream would help kick off the imminent heat spell. 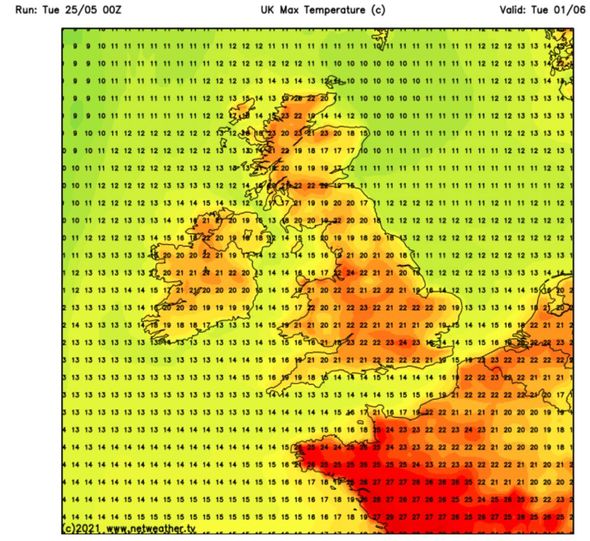 He said: “It’s not too often the words high pressure, sunshine and warmth get used in conjunction with a bank holiday weekend, but this time around it’s on.

“High pressure will be in charge of our weather as we head through the weekend, bringing lots of fine, sunny weather.

“On top of this, after a low pressure dominated May, high pressure is expected to play a much more prominent role during June – take a look at the month ahead forecast for more details.

“One of the drivers of our change in fortunes is the jet stream. 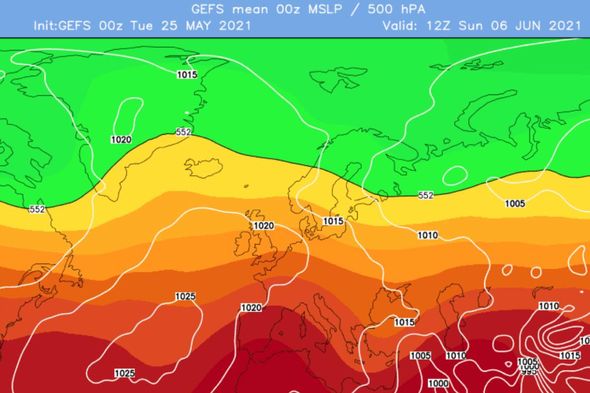 “After being near to or over the south of the UK for much of May, and despite still being in that position, it’s currently buckling out to our west in the Atlantic and pushing up into Greenland.

“As that buckle moves further east, the jet ends up to the North of the British Isles, allowing high pressure to build up over the UK and also into Scandinavia, with low pressure moving into Greenland.”

The Met Office’s long-range forecast between Saturday, May 29 and Monday, June 7, added high pressure is expected to bring warmer conditions to the UK during this time.

The forecast said: “High pressure will be the largely dominant feature across the UK during this period. 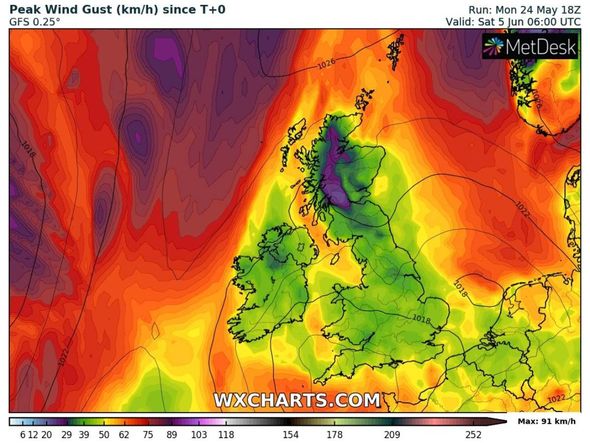 “This will bring mainly fine and settled conditions across the UK, with temperatures recovering and feeling locally warm in southern and central areas.

“However, there remains the possibility of some slight showers for some and the potential for a return of cloudier, wetter and cooler weather at times early next week, generally pushing in from northwest of the UK.

“Mostly dry conditions are likely to then continue (or return) through this period especially towards the south and east, but there remains the risk of some brief interludes of rain or showers, most likely affecting areas in the northwest and far south.

“Temperatures overall are likely to be close to average for the time of year.”