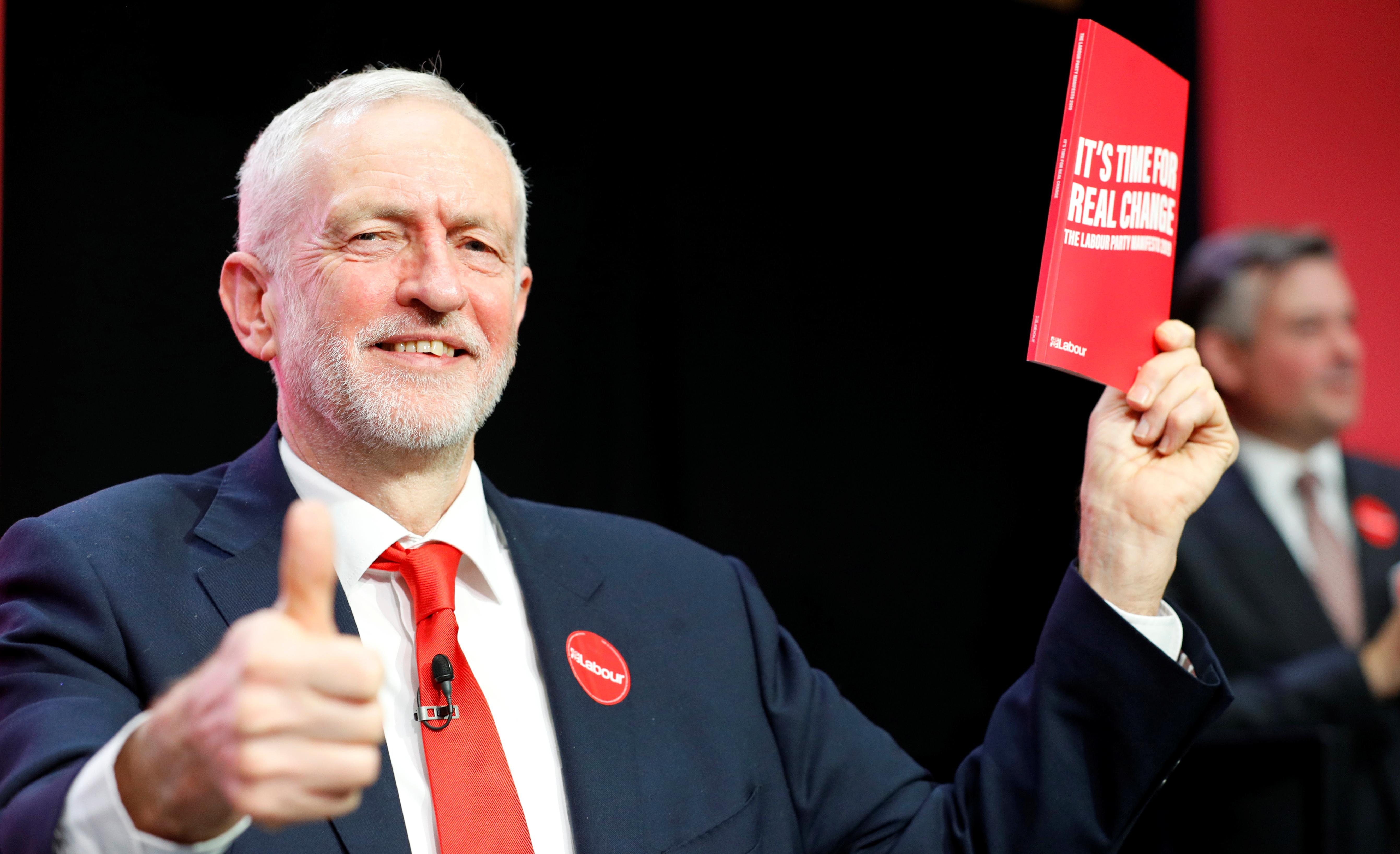 LONDON (Reuters) – Britain’s Labour Party leader Jeremy Corbyn said on Friday he would remain neutral in any second Brexit referendum, so he could credibly carry out the result of the vote and unite the country.

Corbyn is vying to become prime minister at a Dec. 12 election which was called by his Conservative rival, the current Prime Minister Boris Johnson, to resolve deadlock in parliament over the right approach to leaving the European Union.

While Johnson wants to implement a deal he has already agreed with Brussels and leave the EU in January, Labour is promising to negotiate a new exit deal and put it to the public at a second referendum next year.

“I will adopt as prime minister, if I am, at the time, a neutral stance so that I can credibly carry out the results of that (referendum),” Corbyn said during a televised question and answer session on BBC TV.

Previously, Corbyn has said his party’s position would be determined by a special party conference on the issue. Brexit divides many within Labour, with some senior figures angering grassroots members by saying openly they would campaign to remain in the EU.