Small swings could see seats changing hands all over the country. 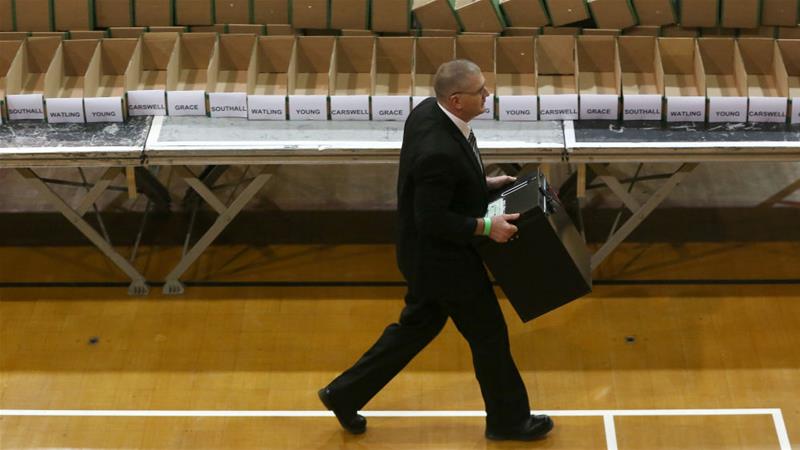 The 2019 United Kingdom General Election is likely to see the nations and regions of the UK behave in very different ways, with parties performing strongly in one area but poorly in another. Here is a snapshot of the state of play around the country.

The Conservatives are on the defensive in South West England. This is one of the Liberal Democrats’ main target areas, with the party hoping to take up to a dozen seats ranging from St Ives (which needs a tiny 0.3 percent swing to change hands) to Chippenham (14.6 percent).

The Tories will need to watch out for Labour as well, who are targeting places like Swindon South (which would fall on a 2.4 percent swing), Filton and Bradley Stoke (4.2 percent) and Gloucester (5.1 percent).

South East England is one part of the country where relatively few constituencies could change hands, but there are still some high-profile contests.

Labour are eyeing Hastings and Rye, the former seat of ex-Tory Minister Amber Rudd, while the Tories will want to retake Canterbury – one of Labour’s surprise gains in the 2017 election. Dominic Grieve, another former Conservative and now standing as an Independent, is hoping to hold on to his seat in Beaconsfield.

In London, the Conservatives are facing a pincer movement from both Labour and the Liberal Democrats.

Labour are targeting Theresa Villiers in Chipping Barnet, Iain Duncan Smith in Chingford and Woodford Green, and the prime minister himself, Boris Johnson, in Uxbridge and Ruislip South.

Hendon, Putney and Harrow East are also in play.

Meanwhile, the Liberal Democrats could take as many as four seats from the Tories: Richmond Park, Finchley and Golders Green, Cities of London and Westminster and Sutton and Cheam.

There could be a lot of churn in the East Midlands, with both the Tories and Labour targeting about half a dozen of each other’s seats. Both parties are also eyeing Broxtowe, where ex-Tory Anna Soubry will be standing for the Independent Group for Change.

Labour will be on the defensive in the West Midlands. This is one region where the Conservatives will be looking to offset losses elsewhere in the country, in the shape of seats like Newcastle-under-Lyme (which would fall on a 0.1 percent swing), Warwick and Leamington (1.2 percent) and Wolverhampton South West (2.6 percent).

Labour is vulnerable in two urban seats in East of England, Ipswich and Bedford, both of which are Conservative targets.

Thurrock and Norwich North are marginal seats currently held by the Conservatives, and the kinds of places Labour will need to take if they hope to do well in the election.

North East England is a Conservative-Labour battleground. Up to seven Labour seats could be at risk, ranging from Bishop Auckland, which would fall to the Tories on a 0.6 percent swing, to Blyth Valley (9.3 percent).

By contrast, there is only one seat (Middlesbrough South and Cleveland East) which Labour might take from the Tories. Hartlepool – a Labour seat since its creation in 1974 – is the sort of seat likely to be targeted by the Brexit Party.

Another Conservative-Labour battleground is North West England. The Tories will be looking to make big gains here. Crewe and Nantwich, Warrington South, Blackpool South and Weaver Vale are among a host of seats Labour needs to defend.

The Tories will also be looking to safeguard their own marginal seats, such as Bolton West and Pendle.

In Yorkshire and the Humber, the Liberal Democrats, Labour and the Tories are all hoping to take Sheffield Hallam, previously held by the Independent (former Labour) MP Jared O’Mara.

Labour will be on the defensive in the likes of Keighley, Colne Valley and Wakefield, all of which are high on the Tory target list.

In Scotland, it is the SNP who will be hoping to make the largest number of gains, with up to 20 seats in their sights. Conservative, Labour and Liberal Democrats seats are all at risk, and this is one part of the UK that could see a huge turnover of MPs.

Not all of the SNP’s own seats are safe, however – in Fife North East the party is defending a single-figure majority of two votes over the Liberal Democrats.

Wales offers opportunities for all the main UK parties, as well as Plaid Cymru.

The Tories probably have the best chance at making gains, such as Wrexham (which would change on a 2.7 percent swing), Vale of Clwyd (3.1 percent) and Gower (3.6 percent) – all Labour seats.

Labour could, in turn, pick up Preseli Pembrokeshire from the Tories on a 0.4 percent swing, and Arfon from Plaid Cymru on a 0.2 percent swing.

Plaid Cymru is hoping to take Ynys Mon from Labour, while the Liberal Democrats could take Ceredigion from Plaid Cymru.

The main parties in Northern Ireland are all hoping to make gains from each other.