Locks of hair belonging to an Ethiopian emperor who killed himself after a British invasion will be returned by a London museum.

The National Army Museum agreed to repatriate the hair of Emperor Tewodros II following a request from Ethiopia’s government.

It comes after recent demands for the UK to return a number of artefacts, including a gold crown seized at the siege of Magdala.

Emperor Tewodros II chose to die rather than be taken prisoner by the British during their 1868 invasion and his fortress was captured and looted, with many of the treasures taken back to Britain.

The emperor’s son, Prince Alemayehu, was also taken to London and died there aged 18.

There was outcry last year over an exhibit at the Victoria and Albert Museum which included artefacts from the 1868 invasion.

Ethiopians were appalled and the government called for the return of the items.

The hair was donated in 1959 by relatives of an artist who painted the emperor on his deathbed. 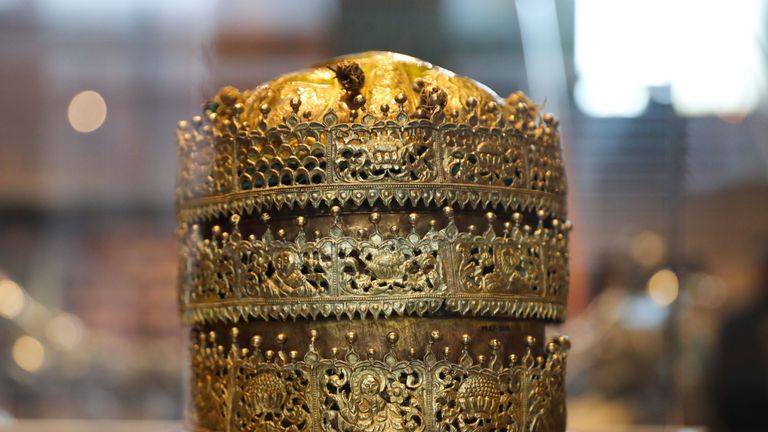 Ethopia’s minister for culture and tourism, Hirut Woldemariam, called the display of the human parts “inhumane”.

A National Army Museum spokesperson said the decision to repatriate the hair would allow it to be placed within the emperor’s tomb at a monastery in northern Ethiopia.

It is not clear when the handover will happen, but the Ethiopian embassy in London said it would be holding talks with the museum.

The embassy commended the decision as an “exemplary gesture of goodwill” and said “a display of jubilant euphoria is to be expected when (the hair) is returned to its rightful home”.

Some hope the repatriation will encourage more looted treasure to be returned.

It is believed that the bulk of what was taken remains in the hands of the descendants of the British soldiers, according to Alula Pankhurst, an expert on Ethiopian studies.

Experts have also estimated that up to 90% of African art is currently outside the continent.