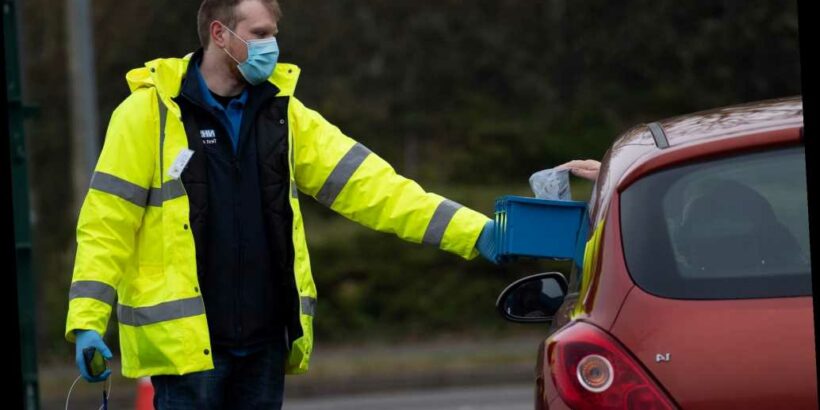 The $1.9T COVID-19 stimulus bill is a progressive’s wish list

Health officials in the UK are trying to track down a person who has been infected with a Brazilian variant of COVID-19 – one of six cases found in the country in February, according to a report.

The person did not complete a registration form after using a home testing kit, prompting an appeal for anyone without a result from a test on Feb. 12 or 13 to come forward, the BBC reported.

The P1 variant was first detected in January among travelers to Japan from Manaus in northern Brazil, according to the news outlet.

There have been concerns that the vaccines may not be as effective against the Brazilian variant, but Professor Stephen Powis of the UK’s National Health Service said the jabs could be “rapidly adapted.”

Dr. Susan Hopkins of Public Health England said the UK is more advanced than many other countries at identifying the variants and mutations, the BBC reported.

As of Feb. 15, travelers arriving in England from 33 countries, including Brazil, must pay to quarantine in a hotel for 10 days, while in Scotland the rule applies to international travelers from all countries.

Vaccines Minister Nadhim Zahawi said it was not known whether the unidentified person who is being sought had recently been abroad, so it was unclear if the individual would have been self-isolating while infected.

“We need to find them as soon as possible,” Zahawi told BBC Breakfast, adding that health authorities were working with the postal service to try to locate the person.