LONDON (Reuters) – Prime Minister Boris Johnson wrote to European Council President Donald Tusk on Monday to set out his proposals for reaching a new Brexit deal with the bloc ahead of Britain’s planned departure on Oct. 31. 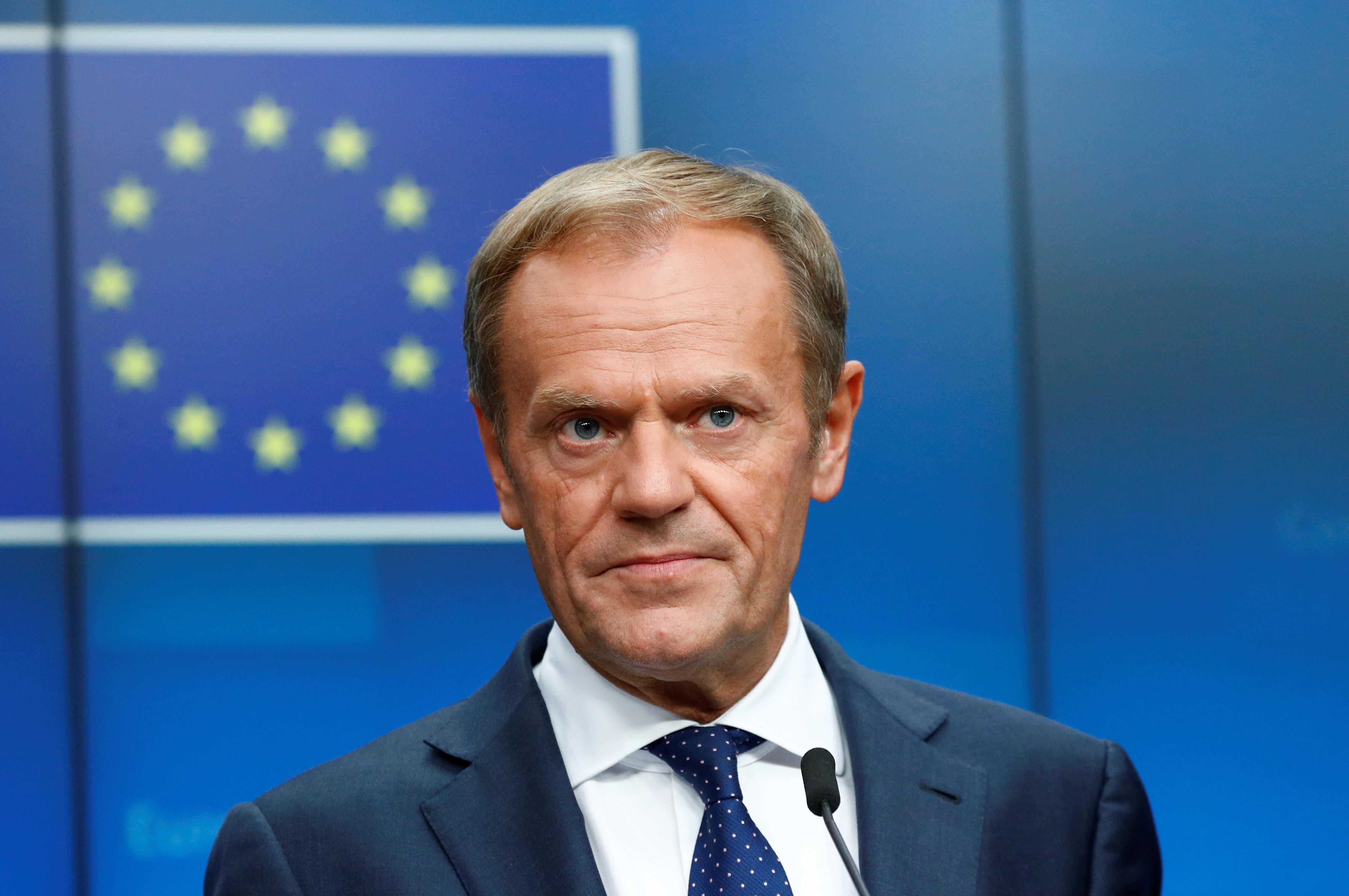 The text of Johnson’s letter is below:

The date of the United Kingdom’s (UK) exit from the European Union (EU), 31 October, is fast approaching. I very much hope that we will be leaving with a deal. You have my personal commitment that this Government will work with energy and determination to achieve an agreement. That is our highest priority.

With that in mind, I wanted to set out our position on some key aspects of our approach, and in particular on the ‘backstop’ in the Protocol on Ireland/Northern Ireland in the Withdrawal Agreement. Before I do so, let me make three wider points.

First, Ireland is the UK’s closest neighbour, with whom we will continue to share uniquely deep ties, a land border, the Common Travel Area, and much else besides. We remain, as we have always been, committed to working with Ireland on the peace process, and to furthering Northern Ireland’s security and prosperity. We recognise the unique challenges the outcome of the referendum poses for Ireland, and want to find solutions to the border which work for all.

Second, and flowing from the first, I want to re-emphasise the commitment of this Government to peace in Northern Ireland. The Belfast (Good Friday) Agreement, as well as being an agreement between the UK and Ireland, is a historic agreement between two traditions in Northern Ireland, and we are unconditionally committed to the spirit and letter of our obligations under it in all circumstances – whether there is a deal with the EU or not.

Third, and for the avoidance of any doubt, the UK remains committed to maintaining the Common Travel Area, to upholding the rights of the people of Northern Ireland, to ongoing North-South cooperation, and to retaining the benefits of the Single Electricity Market.

The changes we seek relate primarily to the backstop. The problems with the backstop run much deeper than the simple political reality that it has three times been rejected by the House of Commons. The truth is that it is simply unviable, for these three reasons.

First, it is anti-democratic and inconsistent with the sovereignty of the UK as a state.

The backstop locks the UK, potentially indefinitely, into an international treaty which will bind us into a customs union and which applies large areas of single market legislation in Northern Ireland. It places a substantial regulatory border, rooted in that treaty, between Northern Ireland and Great Britain. The treaty provides no sovereign means of exiting unilaterally and affords the people of Northern Ireland no influence over the legislation which applies to them. That is why the backstop is anti-democratic.

Second, it is inconsistent with the UK’s desired final destination for a sustainable long-term relationship with the EU. When the UK leaves the EU and after any transition period, we will leave the single market and the customs union. Although we will remain committed to world-class environmental, product and labour standards, the laws and regulations to deliver them will potentially diverge from those of the EU. That is the point of our exit and our ability to enable this is central to our future democracy.

The backstop is inconsistent with this ambition. By requiring continued membership of the customs union and applying many single market rules in Northern Ireland, it presents the whole of the UK with the choice of remaining in a customs union and aligned with those rules, or of seeing Northern Ireland gradually detached from the UK economy across a very broad range of areas. Both of those Outcomes are unacceptable to the British Government.

Accordingly, as I said in Parliament on 25 July, we cannot continue to endorse the specific commitment, in paragraph 49 of the December 2017 Joint Report, to ‘full alignment’ with wide areas of the single market and the customs union. That cannot be the basis for the future relationship and it is not a basis for the sound governance of Northern Ireland.

Third, it has become increasingly clear that the backstop risks weakening the delicate balance embodied in the Belfast (Good Friday) Agreement. The historic compromise in Northern Ireland is based upon a carefully negotiated balance between both traditions in Northern Ireland, grounded in agreement, consent, and respect for minority rights. While I appreciate the laudable intentions with which the backstop was designed, by removing control of such large areas of the commercial and economic life of Northern Ireland to an external body over which the people of Northern Ireland have no democratic control, this balance risks being undermined.

The Belfast (Good Friday) Agreement neither depends upon nor requires a particular customs or regulatory regime. The broader commitments in the Agreement, including to parity of esteem, partnership, democracy, and to peaceful means of resolving differences, can best be met if we explore solutions other than the backstop.

For these three reasons the backstop cannot form part of an agreed Withdrawal Agreement. That is a fact we must both acknowledge. I believe the task before us is to strive to find other solutions, and I believe an agreement is possible.

We must, first, ensure there is no return to a hard border. One of the many dividends of peace in Northern Ireland and the vast reduction of the security threat is the disappearance of a visible border. This is something to be celebrated and preserved. This Government will not put in place infrastructure, checks, or controls at the border between Northern Ireland and Ireland. We would be happy to accept a legally binding commitment to this effect and hope that the EU would do likewise.

We must also respect the aim to find ‘flexible and creative’ solutions to the unique circumstances on the island of Ireland. That means that alternative ways of managing the customs and regulatory differences contingent on Brexit must be explored. The reality is that there are already two separate legal, political, economic, and monetary jurisdictions on the island of Ireland. This system is already administered without contention and with an open border.

The UK and the EU have already agreed that ‘alternative arrangements’ can be part of the solution. Accordingly:

– I propose that the backstop should be replaced with a commitment to put in place such arrangements as far as possible before the end of the transition period, as part of the future relationship.

– I also recognise that there will need to be a degree of confidence about what would happen if these arrangements were not all fully in place at the end of that period. We are ready to look constructively and flexibly at what commitments might help, consistent of course with the principles set out in this letter.

Time is very short. But the UK is ready to move quickly, and, given the degree of common ground already, I hope that the EU will be ready to de likewise. I am equally confident that our Parliament would be able to act rapidly if we were able to reach a satisfactory agreement which did not contain the ‘backstop’: indeed it has already demonstrated that there is a majority for an agreement on these lines.

I believe that a solution on the lines we are proposing will be more stable, more long lasting, and more consistent with the overarching framework of the Belfast (Good Friday) Agreement which has been decisive for peace in Northern Ireland. I hope that the EU can work energetically in this direction and for my part I am determined to do so.”