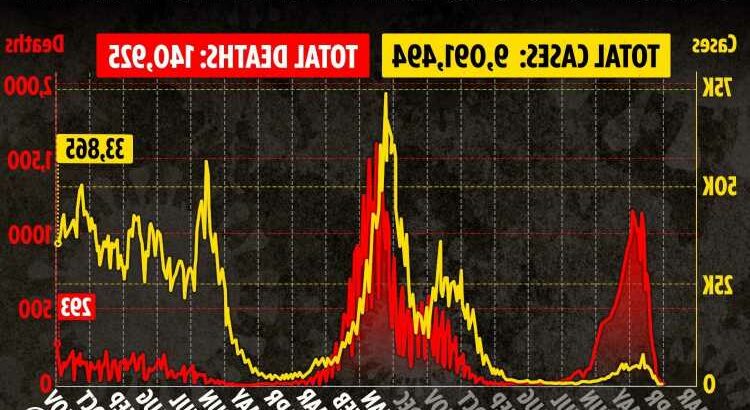 THE UK today recorded its highest number of daily Covid deaths in eight months after a technical glitch.

But the number of people testing positive for the virus in a 24-hour period has dropped to the lowest figure for four weeks. 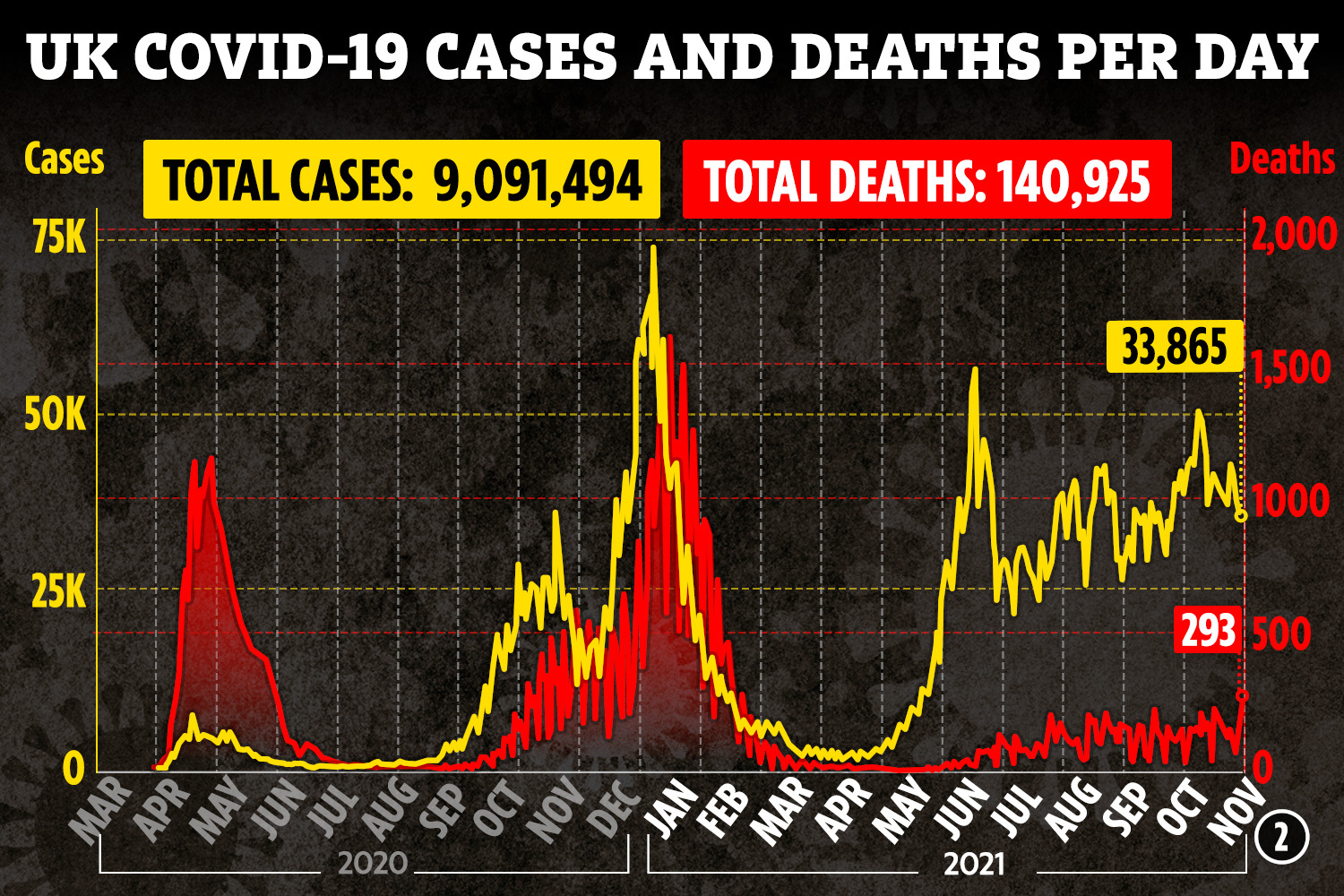 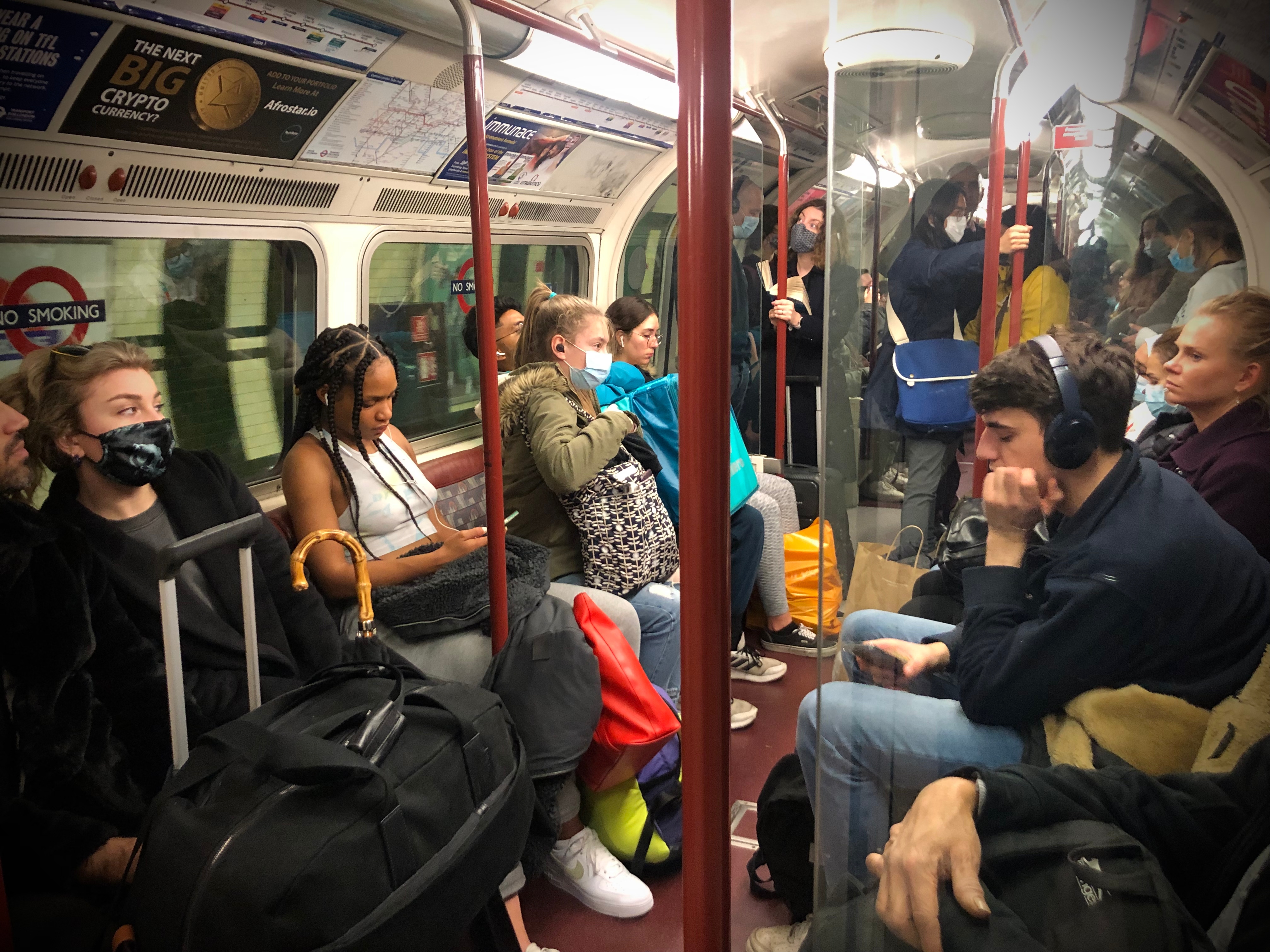 A data issue meant daily cases for England were not included in yesterday's figures when 40 people lost their lives.

This means that two days’ worth of data are potentially included in today’s totals.

The last time coronavirus deaths were this high was on March 3 when 315 fatalities were reported.

But infections haven't been this low since October 3 when 30,439 were recorded.

Around 1.6 million third doses were given out – the highest weekly total yet, the NHS in England said.

So far more than eight million booster jabs have been delivered across the UK – including 820,000 since Friday.

But John Roberts, from the Institute and Faculty of Actuaries, raised concerns that the first priority groups will not all receive their Covid-19 booster jabs by Christmas.

And the NHS has ramped up its efforts to get people to have the jab when offered and opened up hundreds of walk-in sites across the country for those eligible.

Experts have warned that waning immunity from the vaccines could lead to a rise in severe disease and hospital admissions.

Most will be offered the top-up jab six months after they received their second dose, with a few at highest risk offered it sooner.

Figures also show that the number of children out of school for Covid-19 related reasons in England rose to nearly a quarter of a million in the week before half-term.

The Department for Education (DfE) estimates that 3.2 per cent of all pupils – around 248,000 children – were not in class for reasons connected to coronavirus on October 21.