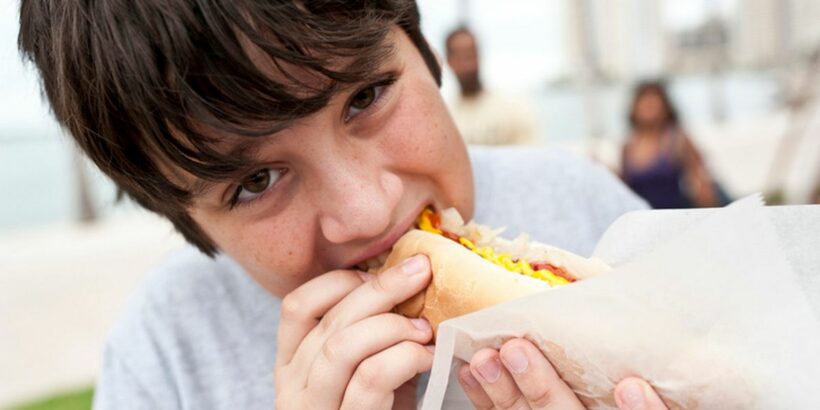 Top doctors are calling on schools to ban bacon, sausages, and milk from menus across the UK in a bid to keep kids healthy.

The proposed move would see children be fed vegan meals, which doctors say would not only tackle obesity but also help the environment.

Dr Shireen Kassam, who is directing the campaign, warned that consuming meat and dairy products could have a "detrimental" impact on children's health.

The founder of Plant Based Health Professionals said it is "vital" that families see the positives of the diet and start making better food choices, reports The Sun.

Dr Kassam said: "Obesity in children and young people is a severely concerning health problem, and one we could so easily tackle through plant-based nutrition and education.

"Meat and dairy have proven to be detrimental to children’s health, including increasing cholesterol and blood pressure, increased risk of heart disease and is linked to the cause of some cancers.

It has been reported that a quarter of primary school-aged children are suffering from obesity, with a third failing to eat even one portion of vegetables per day.

Dr Kassam has stressed the importance of a whole-food plant-based and said kids will benefit from vitamins, fibre, minerals, and antioxidants as well as being free from cholesterol and benefit from low saturated fat.

The expert says bacon and sausages should be swapped with lentil bolognese and chickpea curry and claims a vegan alternative should be provided for cow's milk instead.

On the condition that the UK's 8.2million school kids switched one meat meal for a plant-based one, there would be a 2.74-tonne reduction in greenhouse gas emissions, which equals to taking 900,000 cars off the road each year.

According to Dr Kassam, other benefits would include the NHS, which could save around £30billion if Brits ditched meat and dairy.

Some schools have already declared they will be meat-free such as Barrowford Primary School near Nelson, Lancashire, and Our Lady of Sion in Worthing, East Sussex.

However, the decision has been met with some criticism with some calling the extreme change "absolutely ridiculous".

Some parents questioned the right to have freedom of choice while others asked why schools had to "dictate" their children's diets.

But Dr Kassam, consultant haematologist at London's King’s College Hospital added: "Schools need to lead on ways to tackle both health and climate issues, and educating around, and introducing plant-based nutrition is key to doing this."