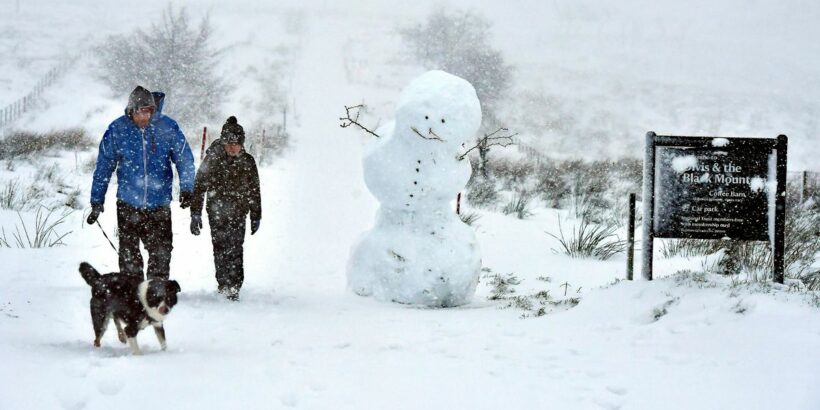 Britain is on course to enjoy its first proper White Christmas for 12 years.

Following news that we’ll be hit by freezing temperatures next week, bookies now make it odds-on that flakes will fall on December 25th.

Coral spokesman John Hill said: “The odds say it will be all white on the big day.

READ MORE: Brits must brace for up to 94mph winds as effects of Hurricane Ian in full swing

The last widespread White Christmas in the UK was back in 2010, according to the Met Office.

The news comes as forecasters are warning of an early winter with snow and bone-chilling temperatures of -8C in weeks.

A brief 20C warm-up on Tuesday (October 4) will be followed by colder temperatures in a frost-hit October.

Meanwhile, heavy rain is expected to sweep the nation this week.

Britain is seeing the tail end of Hurricane Ian which has been wreaking chaos on the other side of the Atlantic.

Jim Dale, meteorologist for British Weather Services, said: “We are going to get something of everything in the next few days, a complete smorgasbord of weather.

“There will be wind, rain, showers and, from the start of the week, a rise in temperatures in southern parts of the country.”

Most of the country will be dry and bright on Monday (October 3) but showers are expected in the south, Northern Ireland and western Scotland.

Wet weather and strong winds are due to spread across the country on Tuesday before drier conditions return on Thursday.

But towards the end of the week, the north is set to be hit with downpours with drier conditions in the south.