THIS weekend saw Storm Bella hurtle across the UK with winds of up to106mph.

In some places, it left homes in floods and darkness, and in others frost and snow made an appearance. Here's what you need to know. 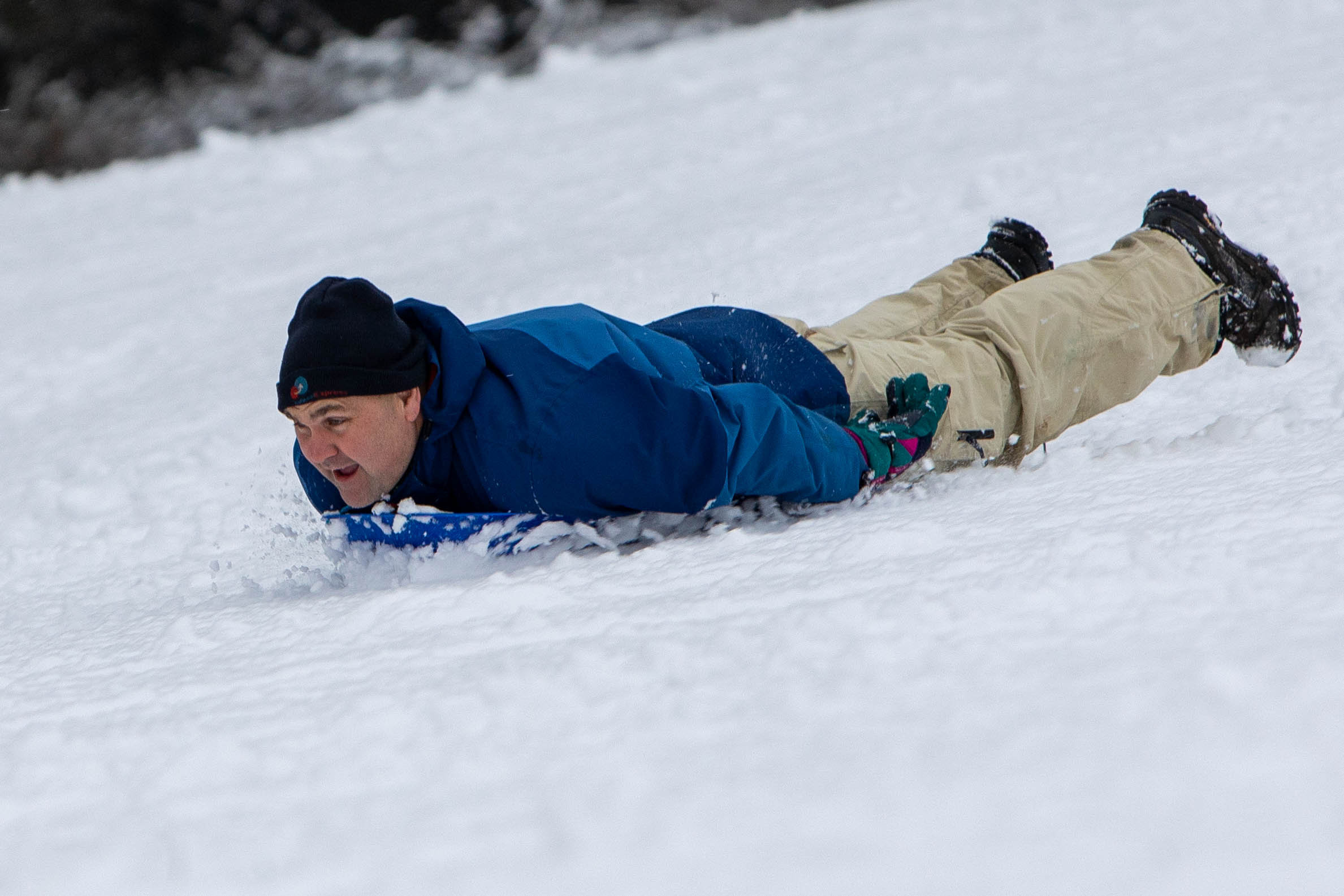 Where in the UK has it snowed?

Storm Bella follows brisk and chilly conditions across the UK on Christmas Day, with early morning snowfall recorded in some areas – and the weather service officially declaring the 25th as a White Christmas.

This morning, a thick layer of snow also coated the M60 west near Sale and Barton Bridge.

Parts of the West Midlands, north west of England and Scotland have seen snow today.

Snow has already blanketed landscapes in Scotland and Cumbria.

Walkers enjoyed a frosty morning in Richmond Park, South West London as it turned into a winter wonderland this morning. 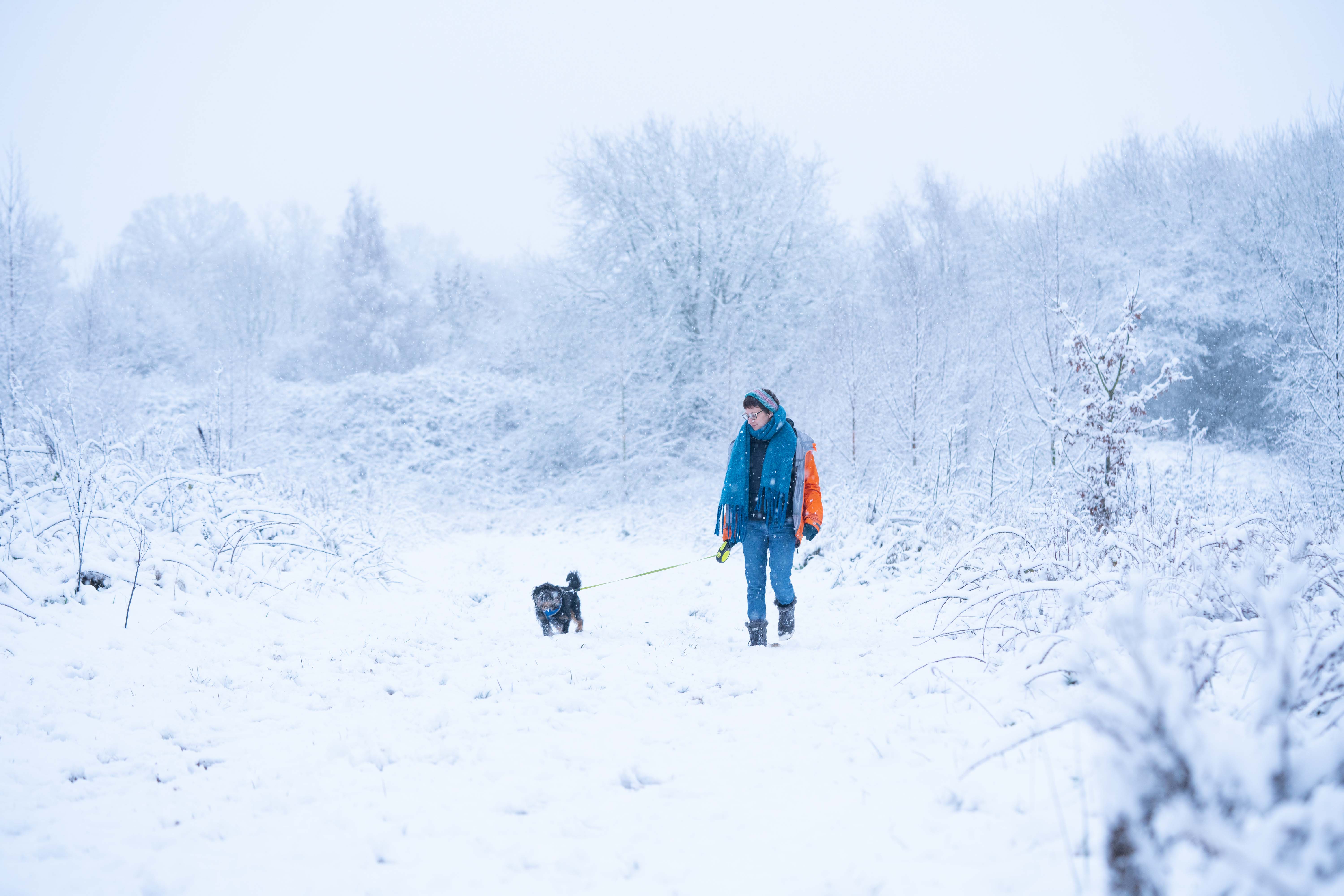 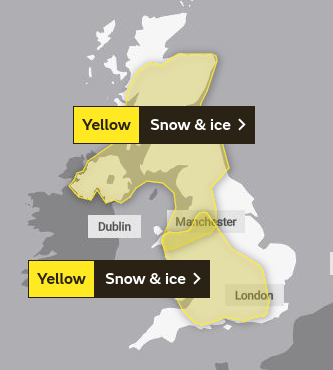 Will it snow tomorrow?

The Met Office says frost and icy fog will be around tomorrow, but snow will vary across the country.

Large swathes of London, the Midlands, the south, south west plus the east of England and Wales have also been warned that snow and ice could hit on Wednesday and Thursday. 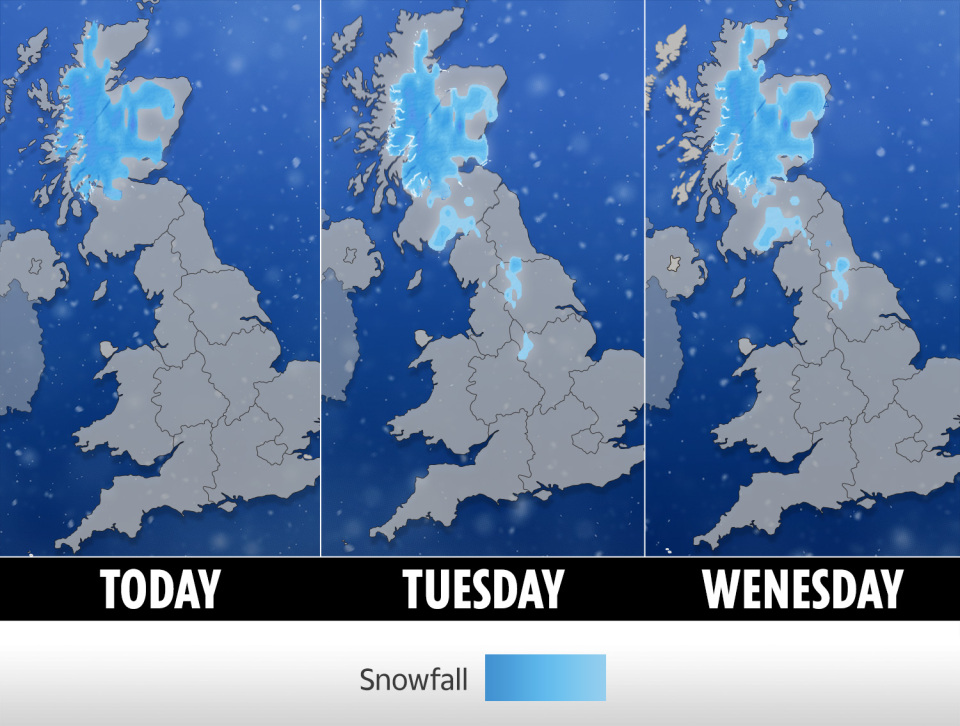 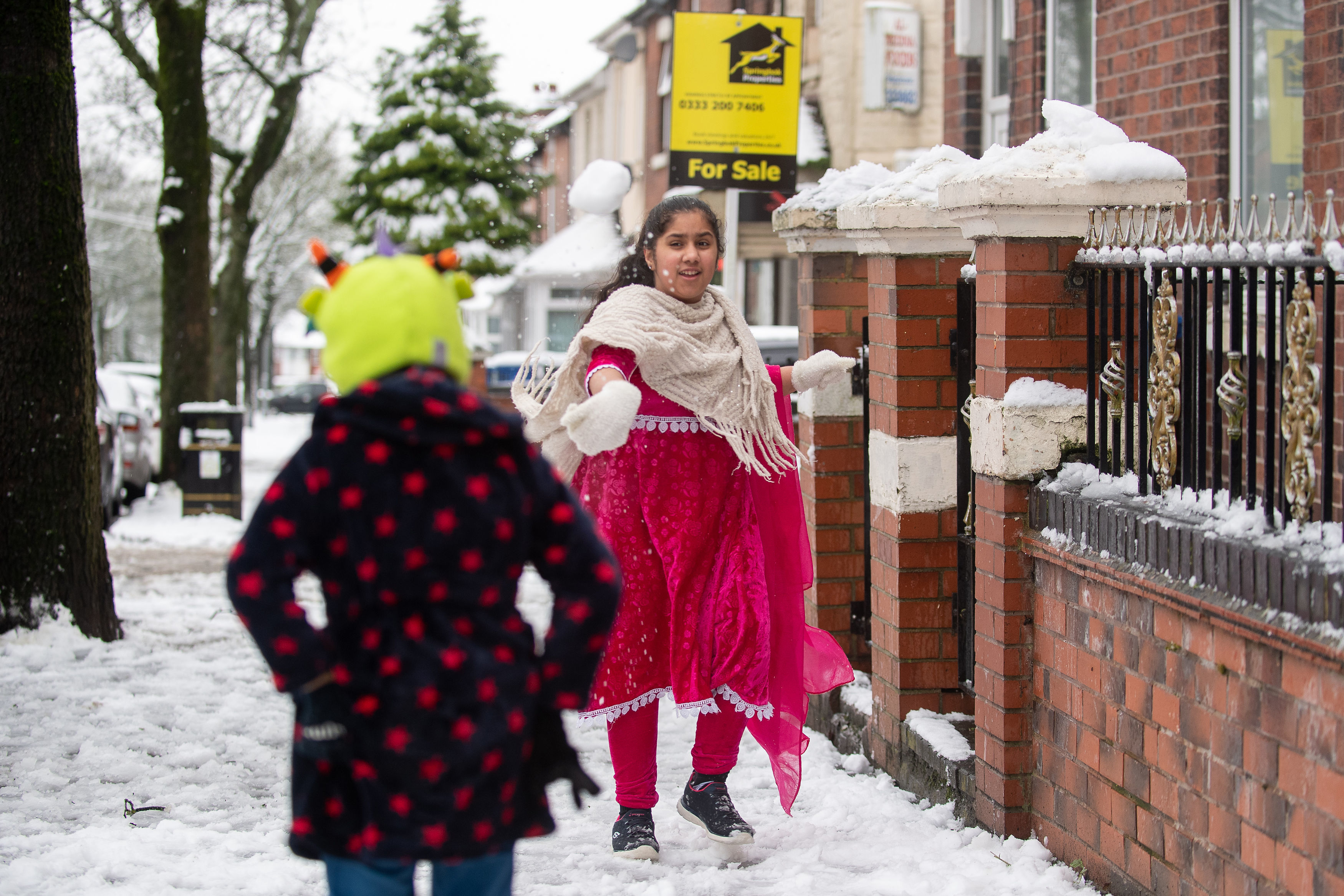 Will the snow settle?

Today, some areas have already seen the snow settle.

People in Keele, Staffordshire, headed out today with sleighs and thick coats to make the most of the rare weather.

In Scotland, the ground is entirely white in some places.

Around three inches (8cm) of snow was recorded at mid-day at the official Met Office weather station at Tulloch Bridge, near Fort William today.

In Aberdeenshire the Cockbridge to Tomintoul Road – often the first in the country to be shut by snow – became impassable at one high point.

However, in the south, settling snow could be random.

London-based weather expert Ian Currie said: "Snow is very dependant on the height of where you are.

"For every 50 feet, 15 metres or so, you get higher up there is an increased likelihood of an extra day of snow. So if you take parts of South Croydon for example, Sanderstead and Selsdon, you are likely to get 10 more days of snow a year there than parts in the north of Croydon."