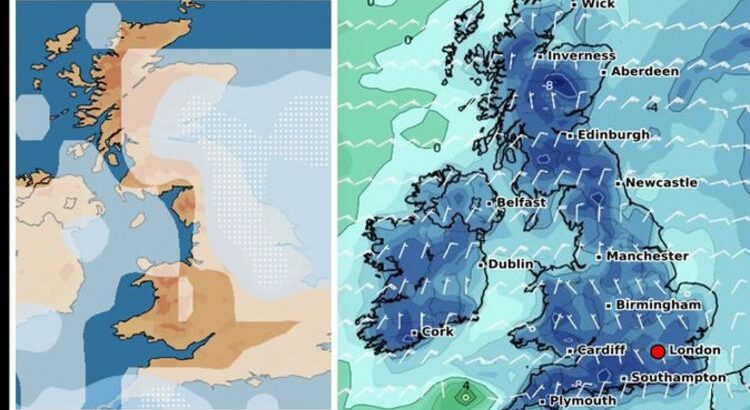 Freezing air is predicted to be pushed towards Northern Europe and the UK later in February due to high pressure currently building in the Baltic Sea. Forecaster Brian Gaze at The Weather Outlook warned of easterly winds blasting the UK and dumping wintry conditions over the coming weeks. Referencing a weather chart, he wrote on Twitter: “GFS06z brings back a cold easterly in late February. Could happen.”

Mr Gaze linked to a precipitation model from the Weather Outlook that showed a blue plume sweeping over the UK from an easterly direction on Thursday, February 25.

The forecast said: “Changeable weather is expected during this period.

“Cold or very cold incursions remain an ongoing possibility, however, rather mild and wet spells are likely, particularly in the south. 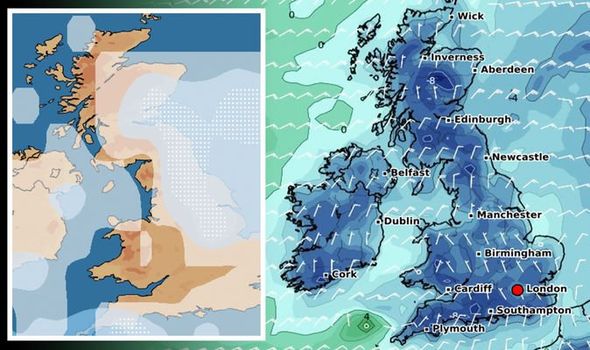 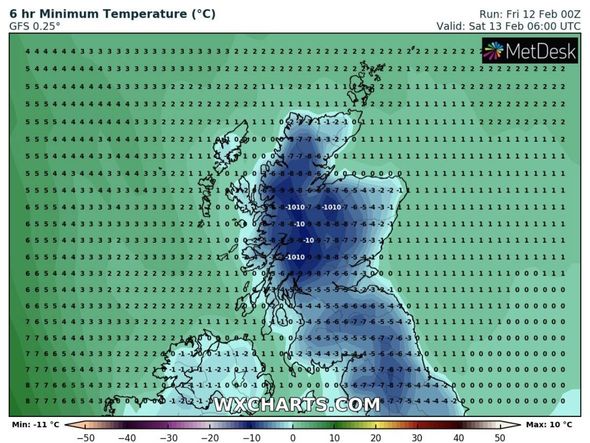 “Snow is most likely over high ground in the north, but with cold air expected to stay close to the UK there is a chance of the risk spreading southwards at times.”

It comes as temperatures are expected to plunge to bitterly cold lows of -11C from this weekend in Scotland, according to WXCHARTS.

The temperature models turn a deeper shade of blue as swirls of cold air appear to stick around until the end of the month – particularly in eastern regions of Britain.

On Saturday, February 27, Newcastle in the northeast of England could average 0C, while further down in North Yorkshire, temperatures could drop further to -2C. 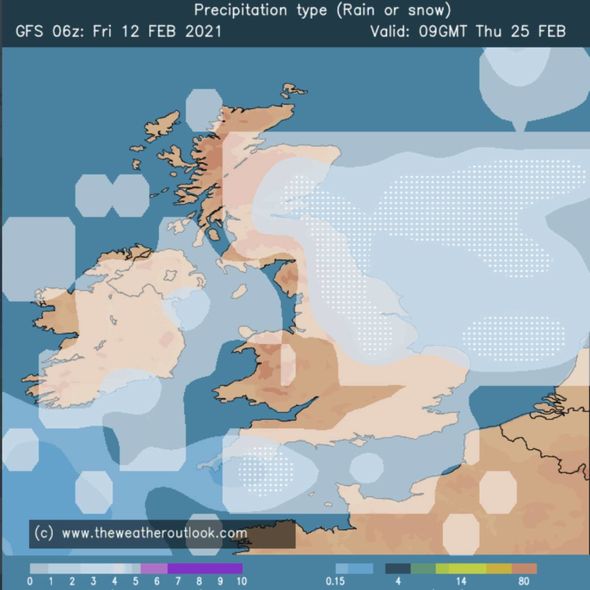 The Midlands are also likely to see brutal conditions with -3C forecast in Birmingham and Worcester.

South-eastern regions are unlikely to escape the cold on the same day either, with lows of -1C in Norwich and Kent seeing -2C.

Last month, forecasters warned Britons the heavy snow had resulted from similar icy air in Russia, as eastern winds also struck many regions of the UK too.

The BBC’s long-range forecast for the end of this month hinted there could be “windier and wetter outlook” if the weather system strengthens in the east once again. 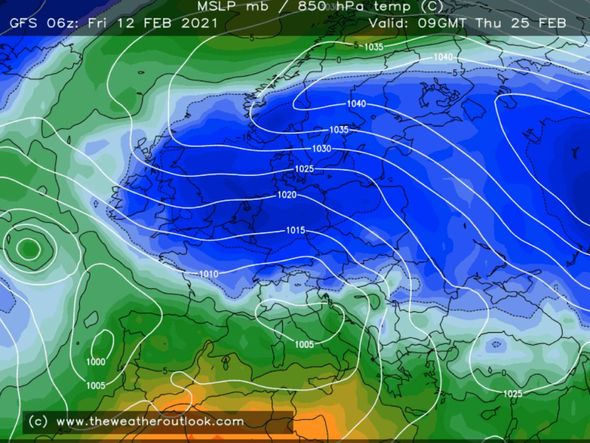 The forecast said: “Through the middle of February our weather (and the weather for all of northern Europe) will be at the mercy of a large area of high pressure, often referred to as a ‘blocking high’.

“It gets this nickname because it acts as a large roadblock for incoming low pressure systems from the Atlantic.

“This means it will tend to be drier and colder for areas influenced by the blocking high.

“We are right on the edge of the high, which is expected to take up residence in the Baltic Sea and Germany, but it looks like it will be just far enough away that will be see Atlantic weather fronts move in from the west and southwest. 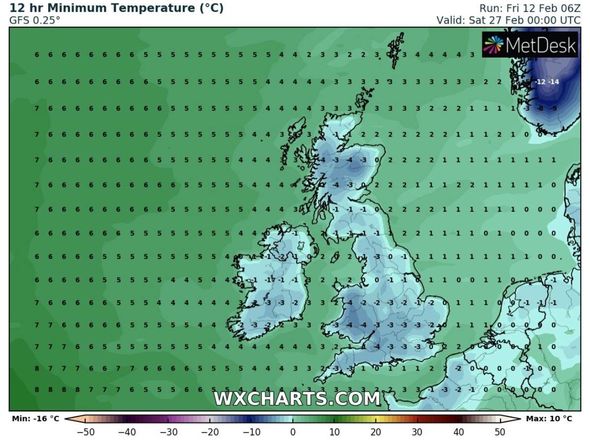 “Our forecast is very sensitive to the exact strength and position of the high, and some minor shifts could see the blocked pattern move over us.

“If the high is a bit further east, weather fronts will tend to be stronger and more frequent, leading to an even windier and wetter outlook.

“If we do get some cold filter back in from the east, it is likely to hit only eastern areas and not be nearly as frigid as we have experienced in recent days.”

The Met Office added there is also a chance that snow showers could blitz the UK from the east between Friday, February 26 and Friday, March 12. 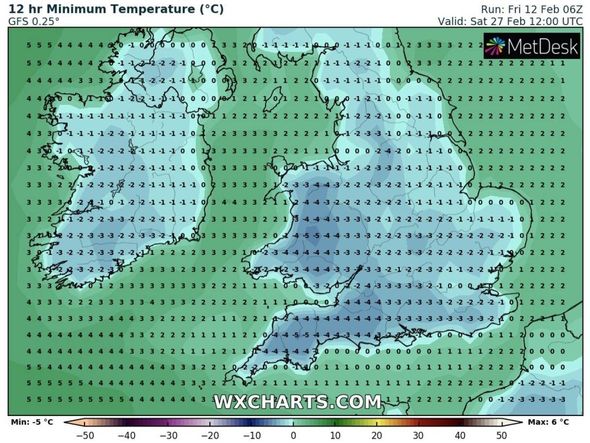 The forecast said: “Into late February there is a signal for higher than average pressure to expand westwards leading to an increased chance of snow showers redeveloping in the east, for conditions in the north to become generally quite settled and for unsettled weather in the south, with disruptive snow possible.

“A similar picture continues into March, though milder conditions in the west look more likely to spread northwards.”