Storm trackers have traced a cluster of systems firing off the East coast of the US angling towards the UK. Conditions from the storms will impact the country as Storm Kyle, a raging mass of “extratropical” wind and rain. The Met Office has issued a weather warning for the West coast of the UK as a consequence.

The remnants of the Atlantic cyclone will batter the country starting tomorrow, according to the weather forecasters.

They revealed Kyle would slam the country from 8pm and cause conditions which would last until the next day.

The yellow weather warning said the storm would arrive from the south, and cause a litany of problems for the western regions.

Forecasters added the winds would also prompt a wave of heavy rain across the same area by Thursday. 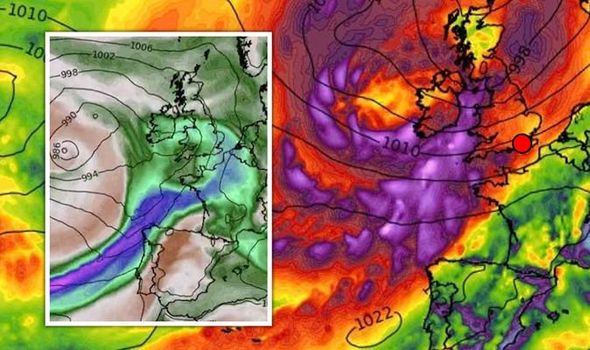 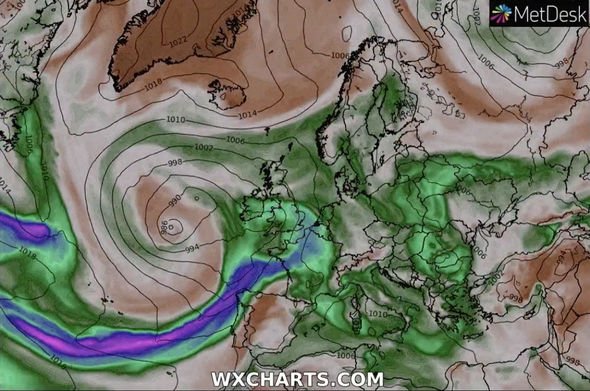 The warning reads: “A spell of strong southerly winds are expected to develop on Wednesday night across southwest England and move north across western parts of Wales, southwest Scotland and all of Northern Ireland during the early hours of Thursday.

“Although there is some uncertainty in the track of the low, gusts of 65 mph are possible inland, with 70 mph or more possible around coasts and hills.

“Whilst winds may temporarily ease during Thursday morning, a band of heavy rain is likely to move east during Thursday afternoon and evening accompanied by some locally squally winds.” 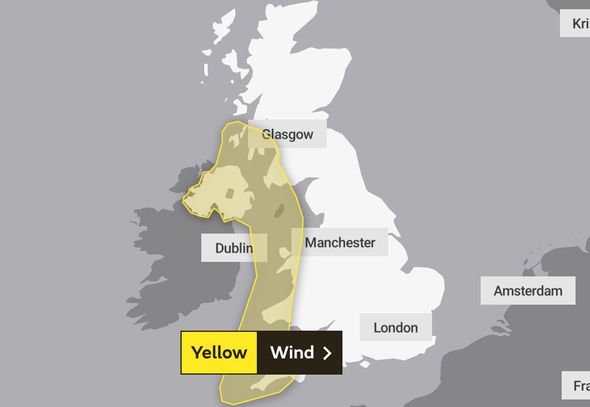 He said: “Storm Kyle was tropical cyclone but has since decayed – however the moist air that swept though is invigorating our weather patterns.

“The most intense wind speeds will be up to 70mph – which for August is very unseasonable.

“A summer storm presents more challenges as more people are out and trees have more foliage and are likely to be more resistant.

“Elsewhere there’s going to be a good mix of rain – the atmosphere is quite turbulent.” 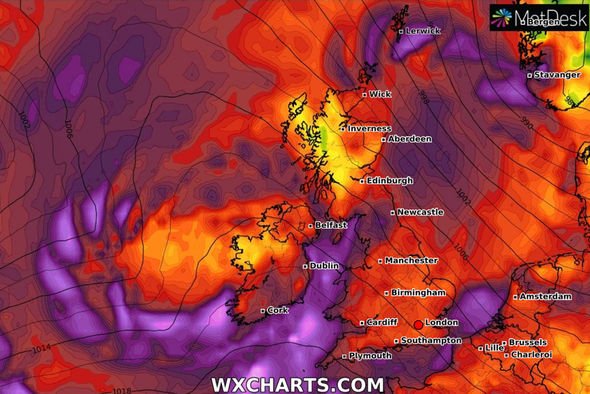 The storm warning is in place for the following regions:

The warning is in place until Thursday at 11.59pm, and could cause damage to power lines.

The Met Office also warned of potential delays on the road, with journeys taking longer on most forms of transport including ferries, aeroplanes, trains and buses.

Debris may also fall due to the time of year, with the increased resistance from foliage making it easier for the wind to down trees.

Parts of Scotland will have seen bad weather today, with a warning for rain over the southwest, Highlands and Eilean Siar, and Central, Tayside and Fife attire until 9pm.