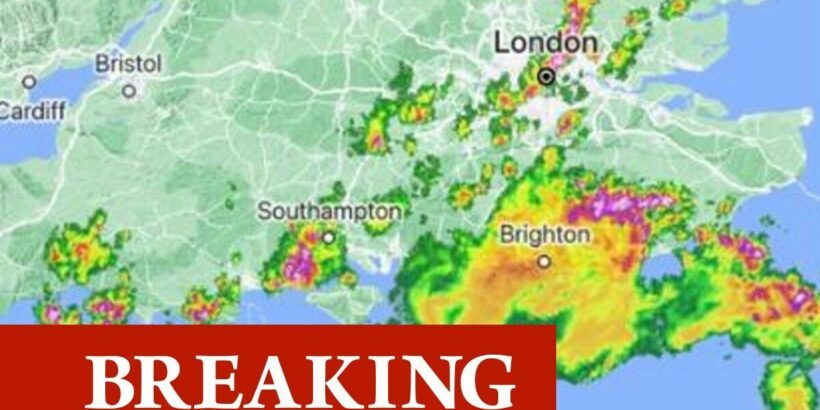 A weather map from Met Desk shows a swathe of the south coast at risk of flash floods.

According to the map, flash flooding could be seen around Brighton and Southampton as well as areas of London up to Cambridge.

It comes as the Met Office has issued an amber thunderstorm warning covering most of the south east of England, including parts of London, from 11am until 10pm on Wednesday.

The alert, which comes after the latest heatwave, means people should expect flooding and disruption.

Flooding is likely to affect homes and businesses “quickly”, as 30mm to 50mm of rain could fall in just an hour, while a few places may see more than 100mm in a few hours.

Forecasters say this could lead to train and bus cancellations amid difficult driving conditions, power cuts and communities becoming cut off from roads.

Lightning, hail and strong winds will also lash areas included in the warning, which spreads across Suffolk, Kent, Surrey and West Sussex.

“Not everywhere will experience heavy downpours, or even see rain, but those affected areas could see 30mm to 50mm of rain falling in an hour.”

Parts of the UK have faced two days of heavy downpours and flooding, and a yellow thunderstorm warning has been in place across most of southern England, Wales and central areas, including the Midlands.

It warned of torrential, thundery rain until the end of Wednesday. 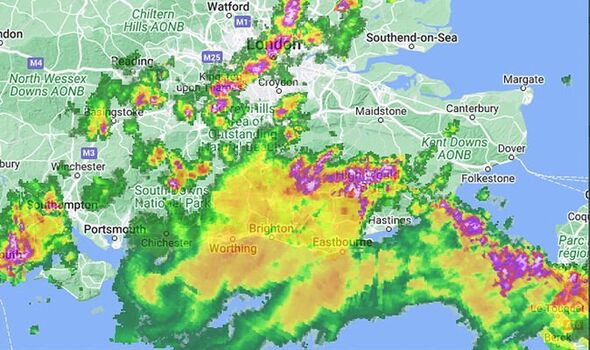 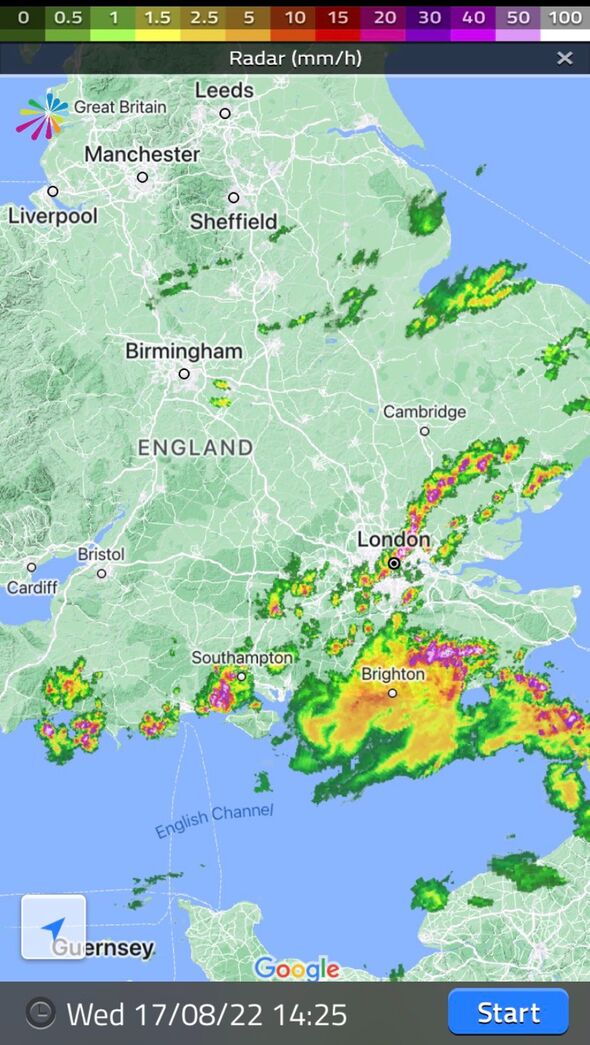