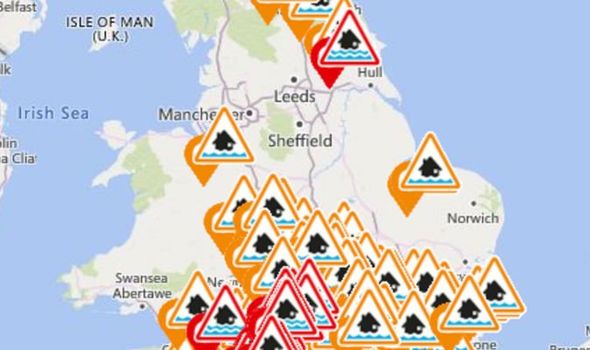 There is a yellow warning for central Wales from 12.00 am Monday lasting 24 hours. This warning is for rain. The Met Office website says on what to expect: “Flooding of a few homes and businesses is likely.

In the most recent Met Office update there are no severe flood warnings.

There are 19 flood warnings, where flooding is expected. 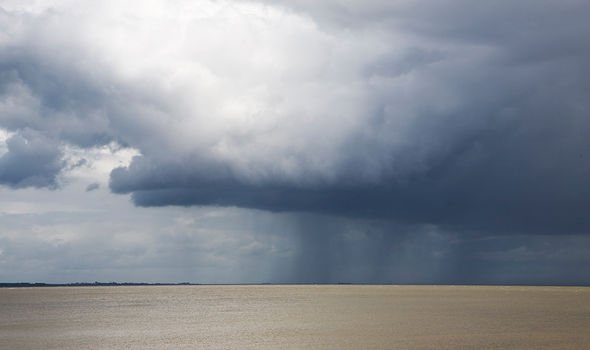 In addition there are 109 flood alerts were flooding is possible.

These are mainly concentrated around the south of England but for more information and to find out if you area is affected, visit: https://flood-warning-information.service.gov.uk/warnings

The Met Office tweeted for Sunday morning: “Overnight rain will seem clear to leave a blustery morning of sunshine and showers.”

In the morning, the weather will be around 10C (50F) in most places, with the south being warmer. 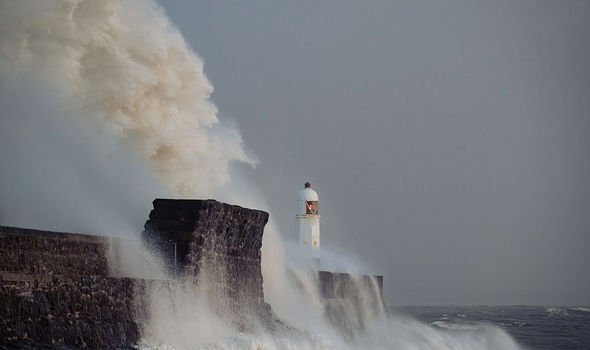 “We’ve got a few of those showers across Scotland and some wintery ones over the higher ground.”

He added: “Across much of Northern Ireland and elsewhere for England and Wales, we’ve got a mixture of sunshine and showers and could some heavy ones just clearing East Anglia for the first few hours.”