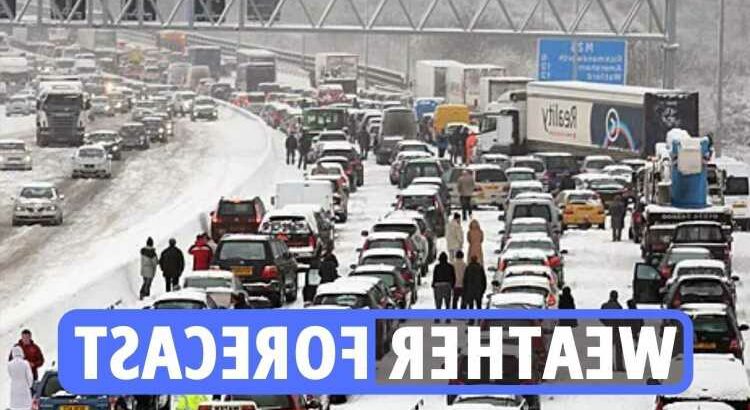 THE Met Office has issued an urgent weather warning amid fears SIX HOURS of snow could cause traffic chaos.

A band of rain is forecast to move eastwards across the country tomorrow, bringing with it wintry showers.

Between tomorrow and Friday there could be up to six hours of snowfall as Britain is ravaged by snow blizzards, gale force winds and widespread ice, with temperatures plummeting to as low as -3C.

Meteorologist Richard Miles said: "It’s going to be colder than we have been used to over the last couple of days and Christmas. We are going into a period when temperatures will be dropping quite a bit."

Read our weather live blog for the latest news and forecasts