Today's blue skies will give way to showers blasting the southwest, as coastal gales  spread across England and Wales before reaching Northern Ireland and southern Scotland overnight. 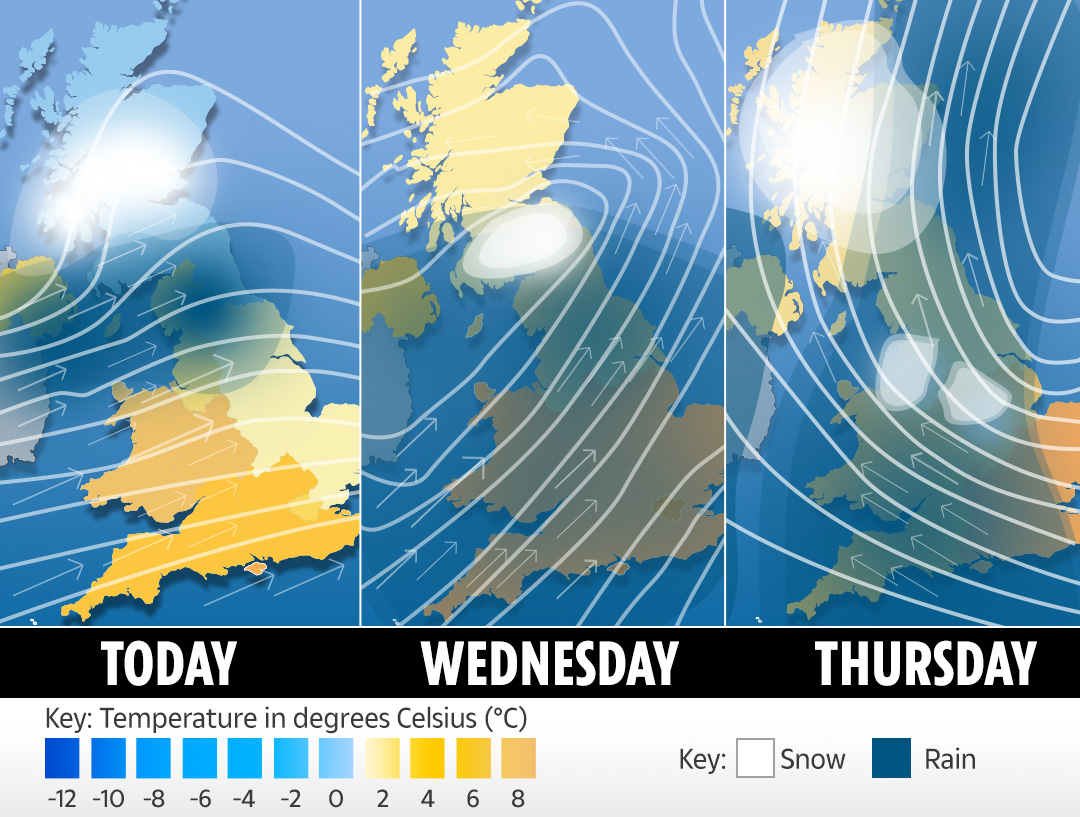 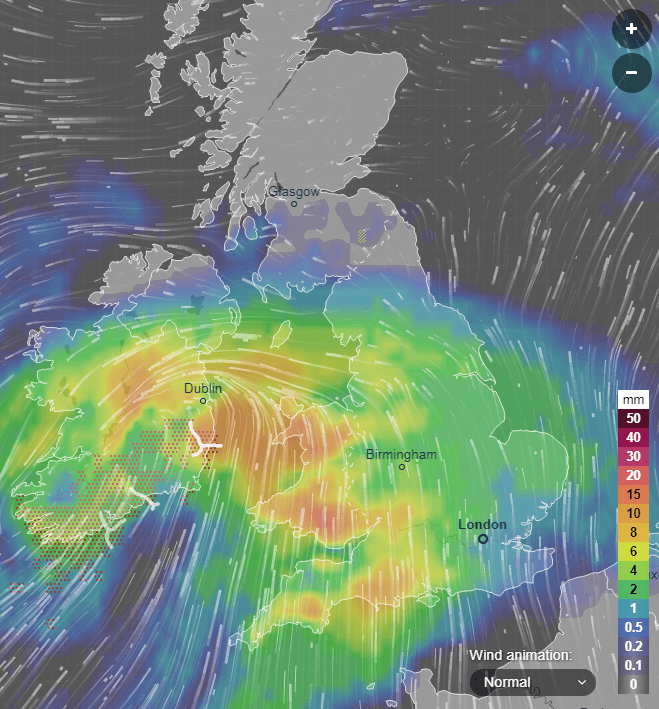 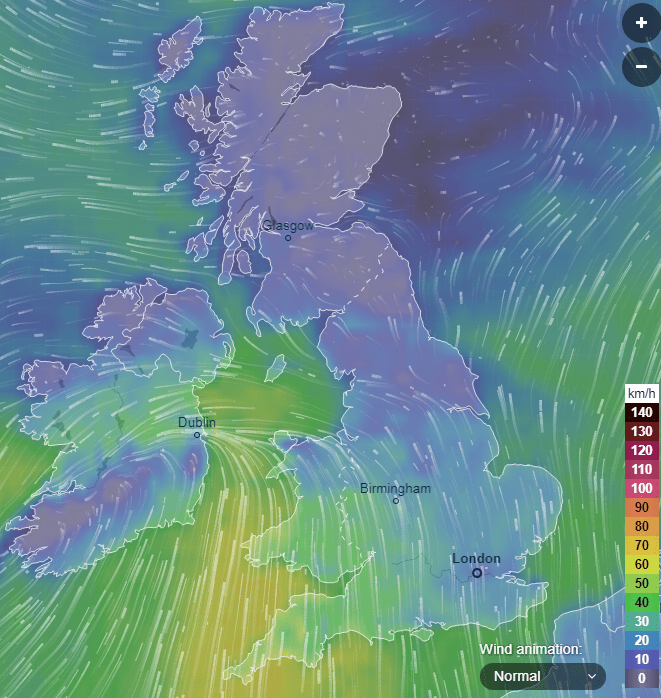 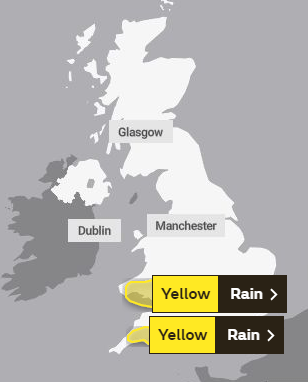 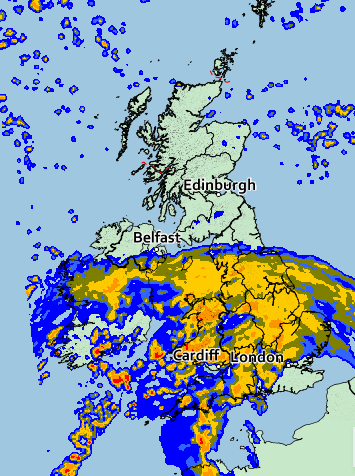 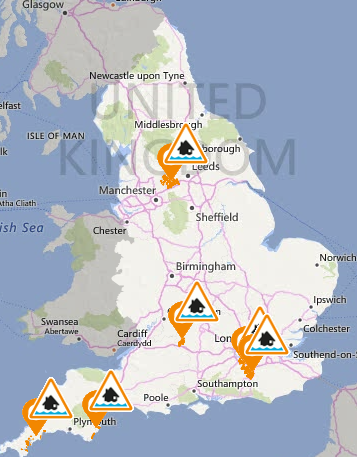 The Met Office has issued a severe weather warning for rain from 6pm through to 9am tomorrow for much of South Wales and southwest England.

Forecasters advised the downpours could make for some "difficult driving conditions" in the area and warned homes and businesses could also be at risk of flooding.

Up to 30mm (1.2in) is expected to fall on higher ground, while the Brecon Beacons and Dartmoor could see up to double that amount with 60mm (2.4in) in store.

The lashing comes after a 500-mile-wide storm system known as Storm Freya prompted a 'danger to life' warning on Sunday.

BBC meteorologist Simon King said: “Tuesday morning could start off on a rather chilly note.

“We’ll see this rain moving its way through northern England and Ireland, through central and southern areas of Scotland and it will continue for much of the day.

“Some snow again over the highest ground – sunshine for many parts of England and Wales before the cloud starts to increase. Max temperatures on Tuesday of about 8 to 11 Celsius.”

Britain is set to be pelted with rain and whipped by wind this week as thunderstorms render the bout of warm February weather a distant memory.

Craig Snell, a Met Office forecaster told The Sun: "Unsettled is the name of the game this week. A very different flavour compared to last week when we had temperatures of 20 to 21 degrees.

"We can expect the odd rumble of thunder from tomorrow. It will begin with a promising start with many parts of England and Wales starting sunny but frosty.

"Northern Ireland and the rest of Scotland will be rain from the word go with the risk of hill snow in Scotland."

That rain system will work through the rest of the country drenching the south west, Wales and into the midlands.

In the south temperatures are expected to be between 10 and 12 degrees and between 7 and 9 in the north.

It will be unsettled right across the board with rain moving northward throughout the day. It will be a wet morning for all of us and we can expect showers well through to the afternoon

Discussing the weather for tomorrow, Craig said: "It will be unsettled right across the board with rain moving northward throughout the day.

"It will be a wet morning for all of us and we can expect showers well through to the afternoon."

Wind will be a strong theme for this week, making the typical spring temperatures feel much colder.

On Thursday the weather will remain unsettled and grey, with heavy clouds and rain, the south west of the UK will experience more windy weather.

But it's not all bad news. To brighten up a rather miserable week, Friday is set to be drier and brighter for most of the country but it won't last for long as rain will hit the far west and continue throughout the night and into Saturday.

Sadly this weekend is also set to be a wash out. Saturday is expected to be very windy with severe gales as cloud, rain and hill snow push eastwards towards the UK.

Further showers likely on Sunday, perhaps some more persistent rain or hill snow for a time.

As temperatures drop below average for the time of year there will be an increasing risk of hail, sleet and snow to lower levels, mainly in the north. 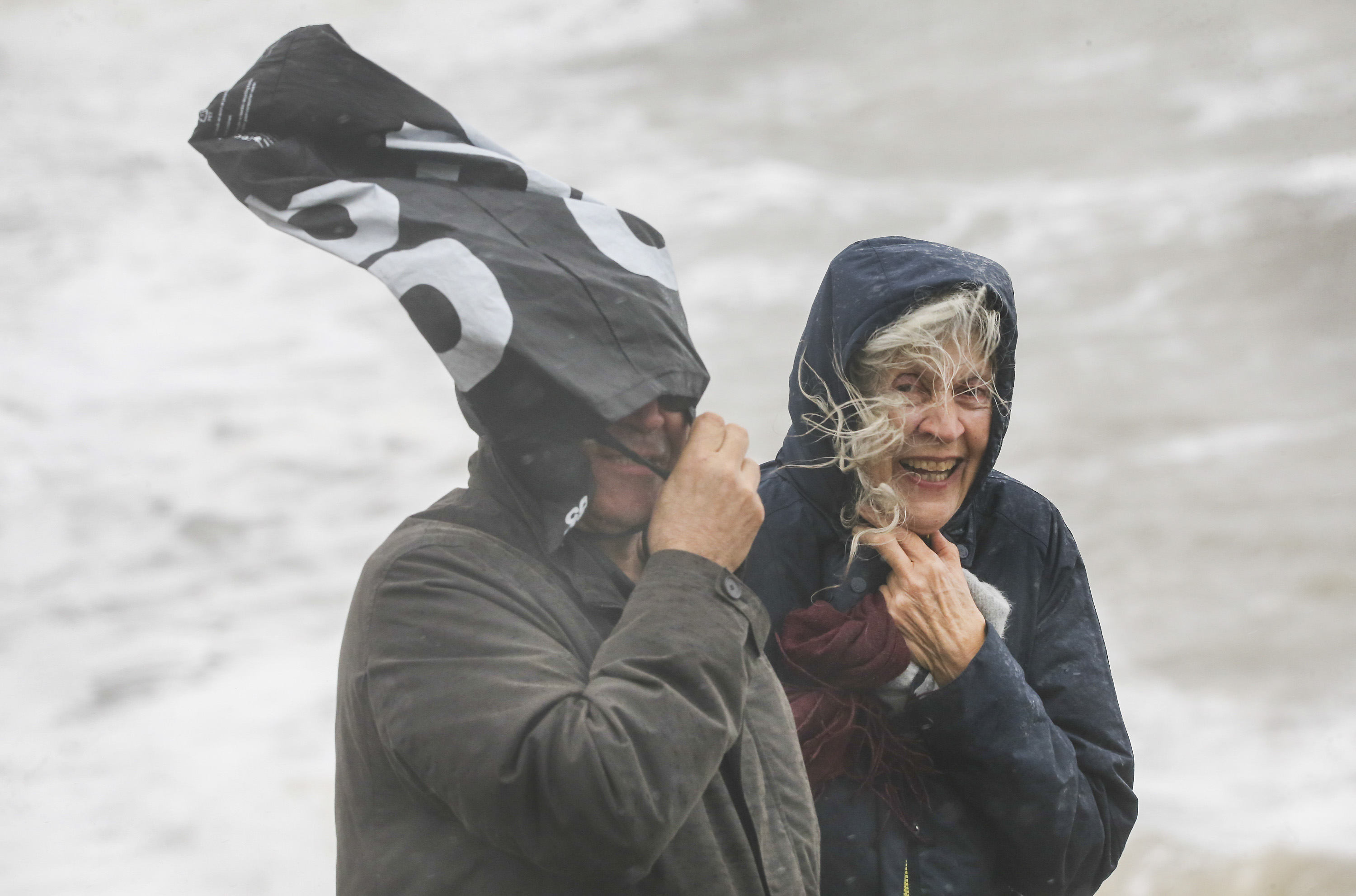 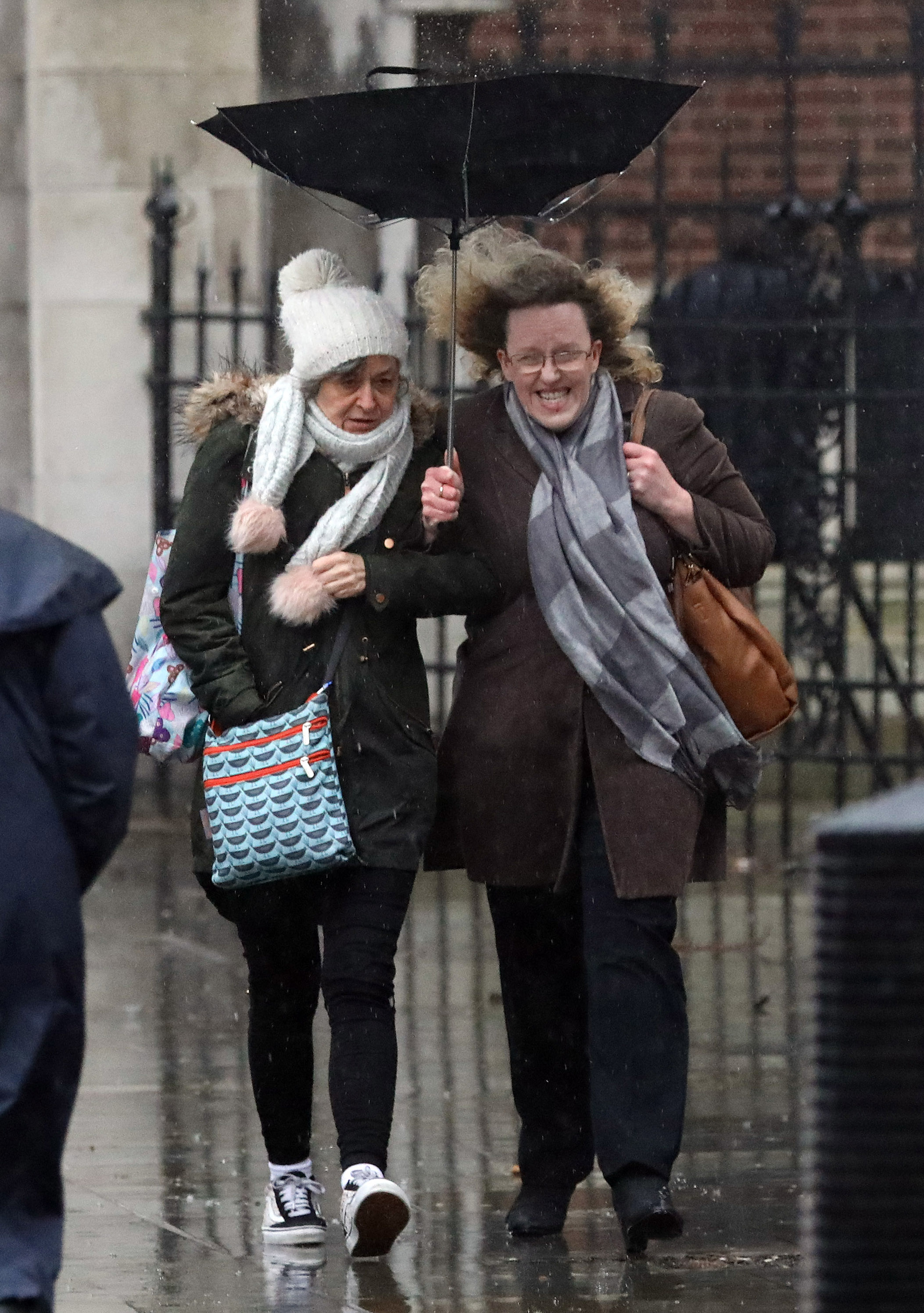 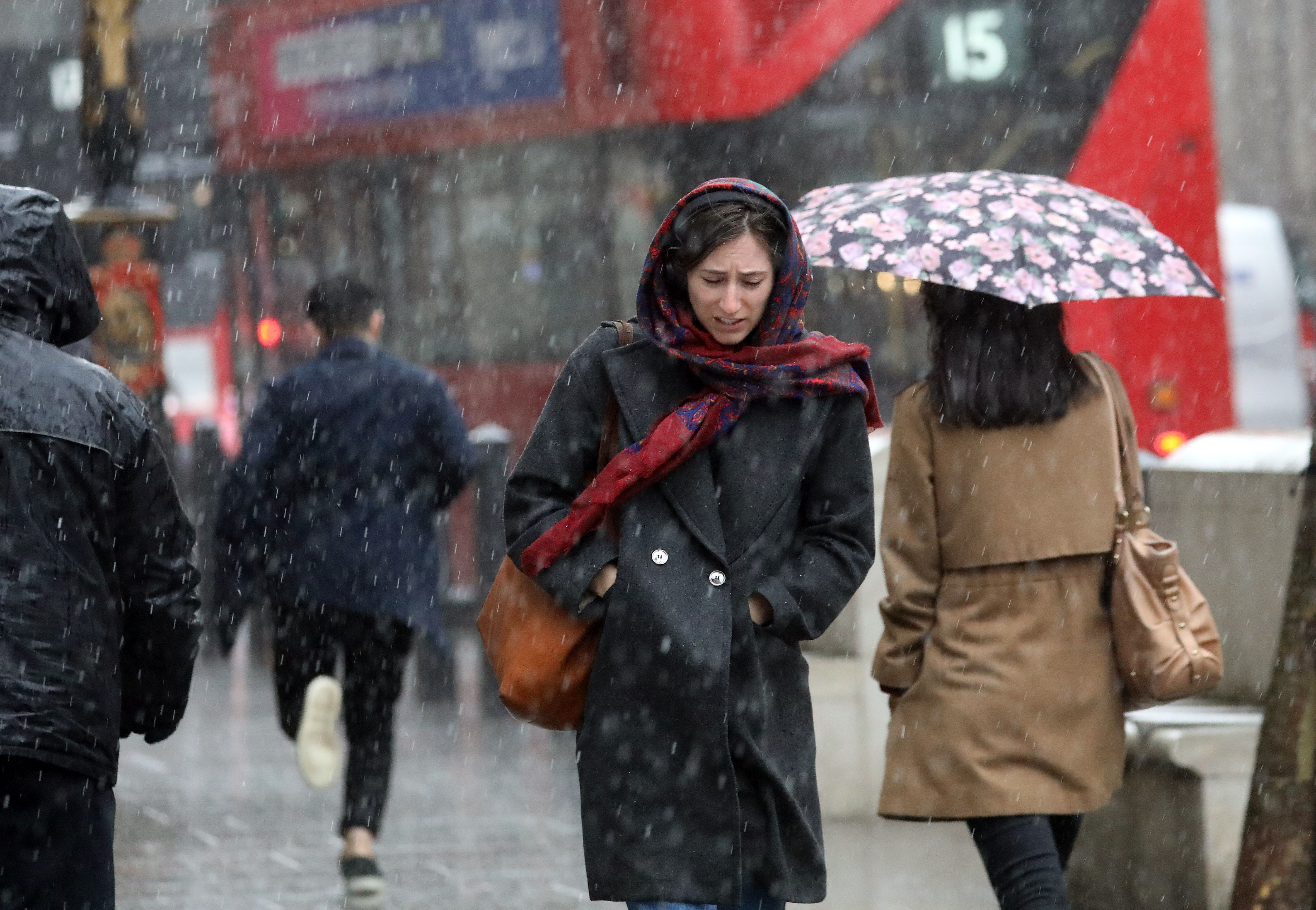 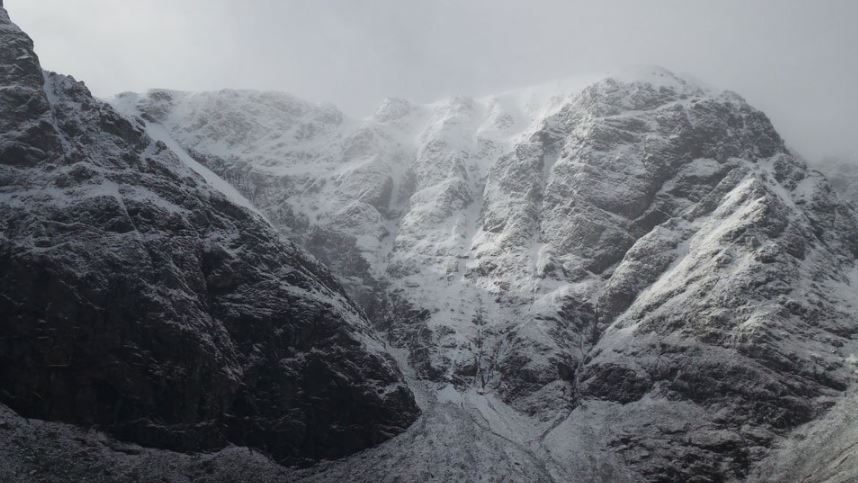 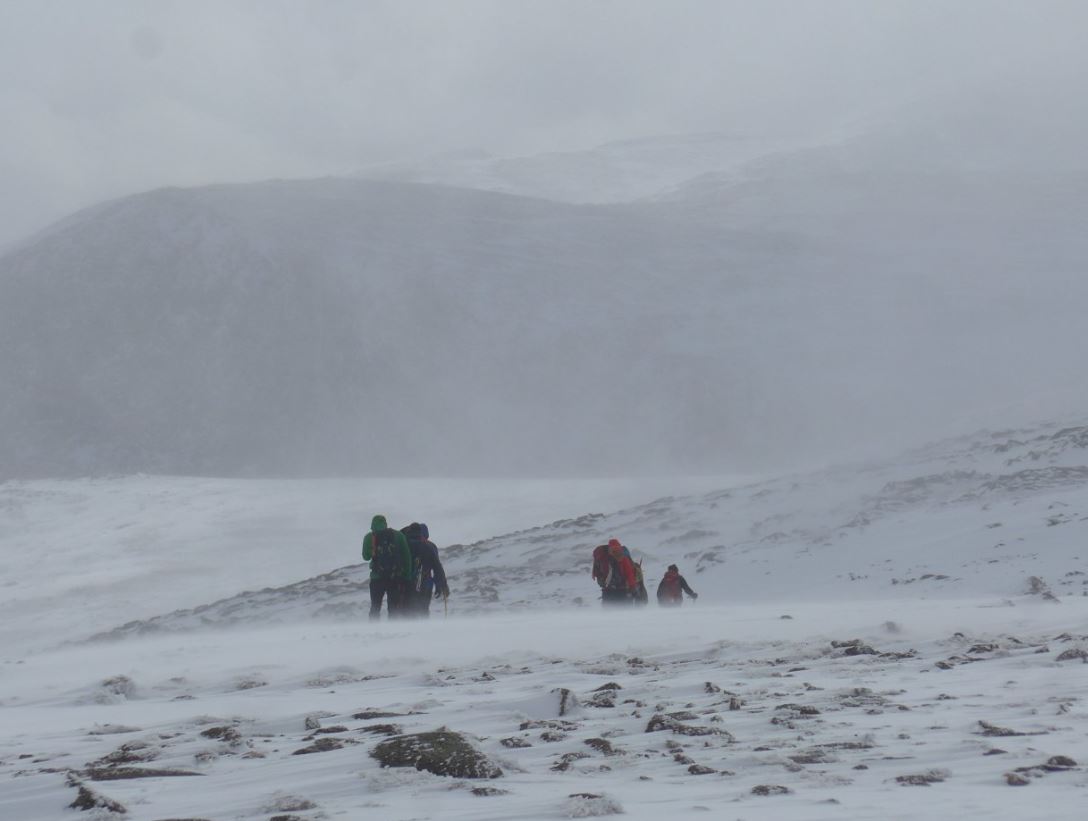 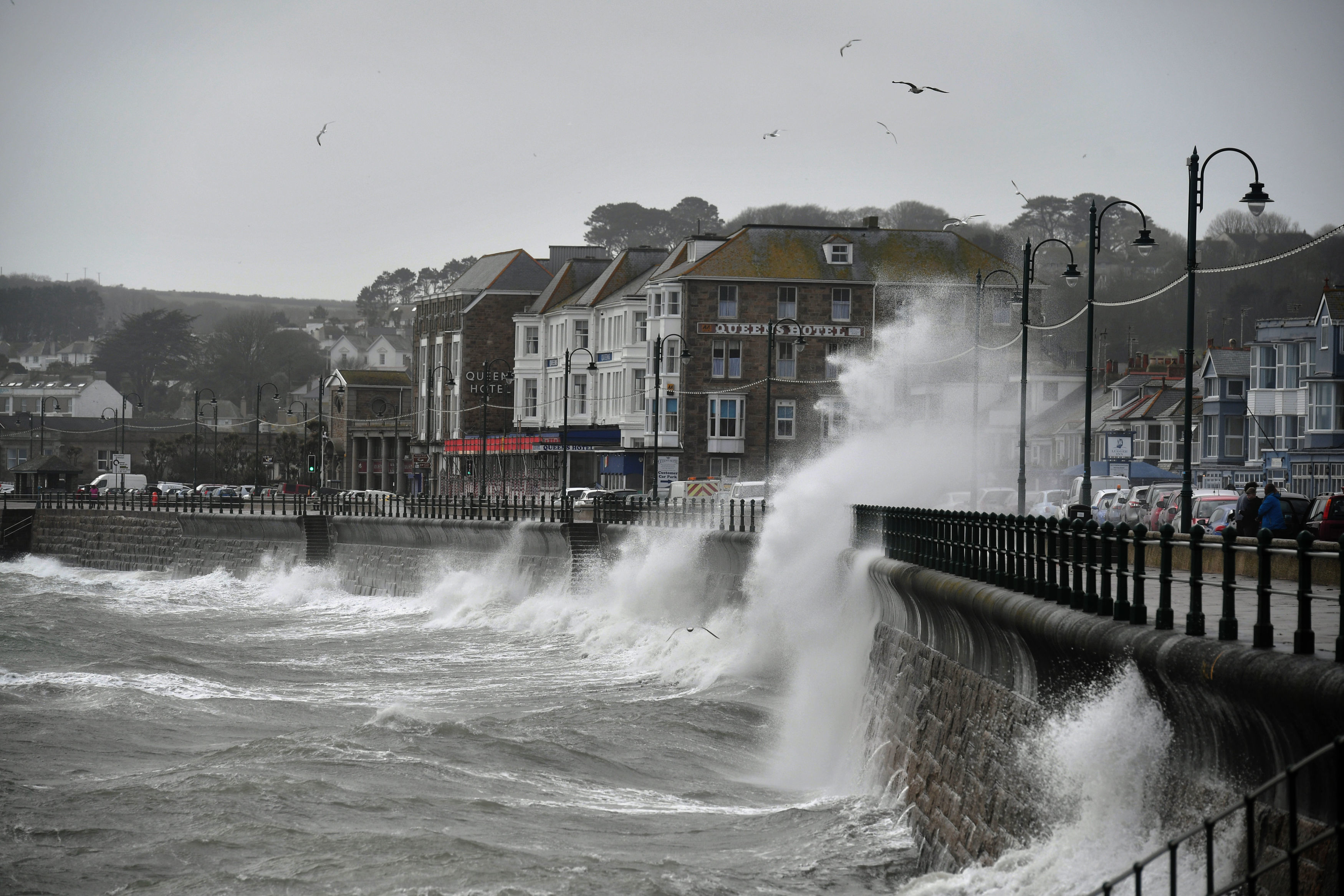