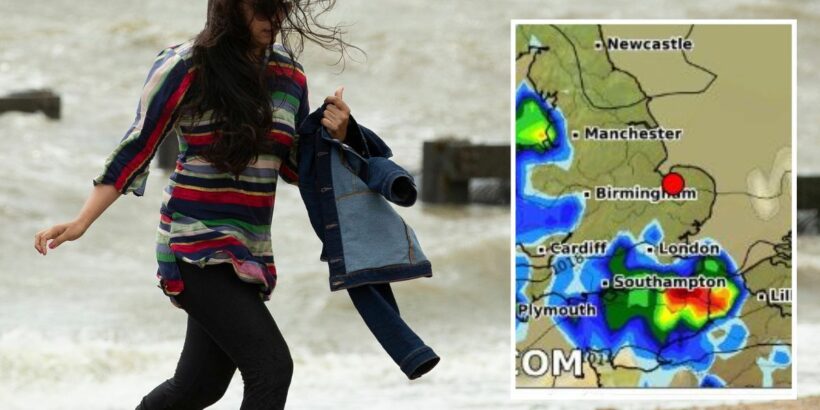 Scorching temperatures of up to 40C are expected to hit many across the next 48 hours, with the Met Office issuing a first-of-its-kind extreme heat red warning. People are urged not to travel due to train tracks buckling, tarmac melting and “significant welfare issues” to anyone caught up in related delays. Sports days have been cancelled at some schools, with pupils urged to turn up in their PE kits instead of normal uniforms. And water supply has been somewhat sketchy for thousands of people as reservoirs struggle to keep up with increased demand.

Forecasters have told people to amend their routines and working practices accordingly, with the red extreme heat warning due to expire at midnight tomorrow (July 19).

Come Wednesday temperatures will start to descend around four degrees, with highs of 32C forecast for central London.

Despite maps not showing much rain at all for Wednesday, the Met Office is forecasting scattered showers for central London anytime from 10am to 7pm.

This forecast is somewhat similar for central parts of England with risks of rain from 1pm to 4pm. 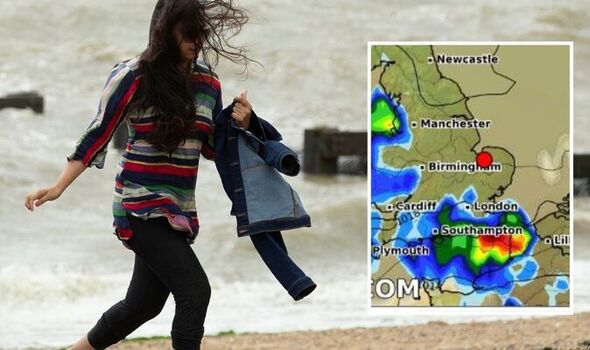 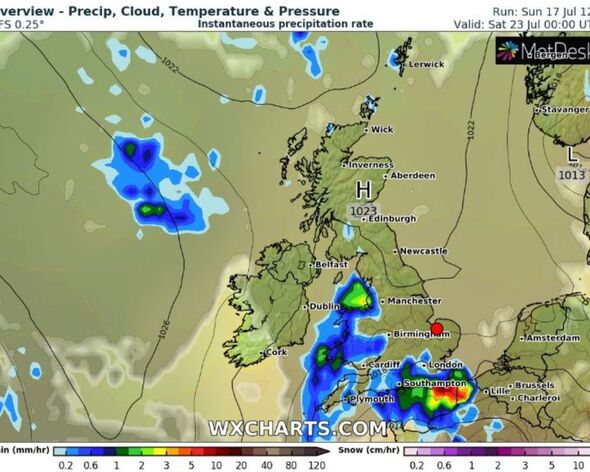 Temperatures will drop dramatically by Thursday to around 26C in the south east, with a wet day forecast for Friday, July 22.

According to WX Charts, a large band of rain will move in from the west bringing temperatures crashing back down to a cool 22C.

It will firstly lash the south west, including Plymouth and Bristol, before moving north slightly to cover Wales.

The band will continue moving towards the east covering most of the south by the early hours of Saturday morning. 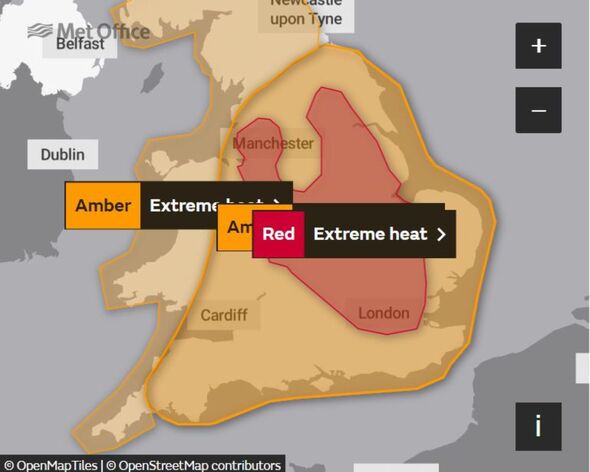 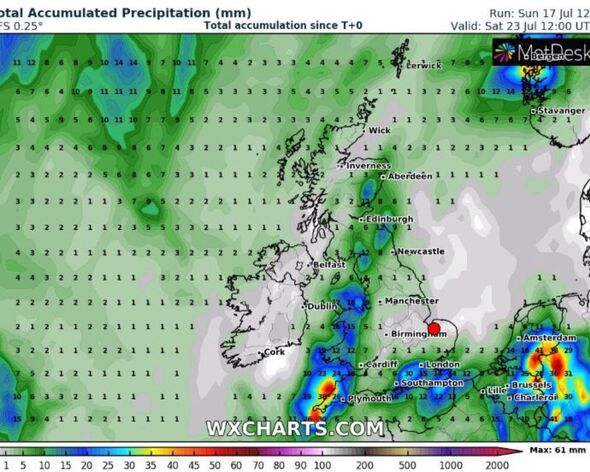 But the rain will be short-lived, as it is set to clear up again by midday on Saturday.

The Met Office’s forecast for the latter part of the week says: “Turning cooler and cloudier Wednesday, with showers at times.

Its long range forecast for the weekend adds: “Scattered showers remain likely to be seen locally.

“It may become more unsettled over the weekend, with showers and some longer spells of rain developing more widely.”

Temperatures are set to sit at 22C over the weekend before “very warm” weather returns to part of the south east next week.

The long range forecast continues: “Fine and dry weather is likely to arrive for many further into the period, as high pressure will slowly build over the UK through the middle of next week.”