WARM weather is back from tomorrow with a scorching 29C blast before a week of summer sunshine.

Temperatures are expected to rise to 29C on Friday in parts of the country – making the UK hotter than Ibiza. 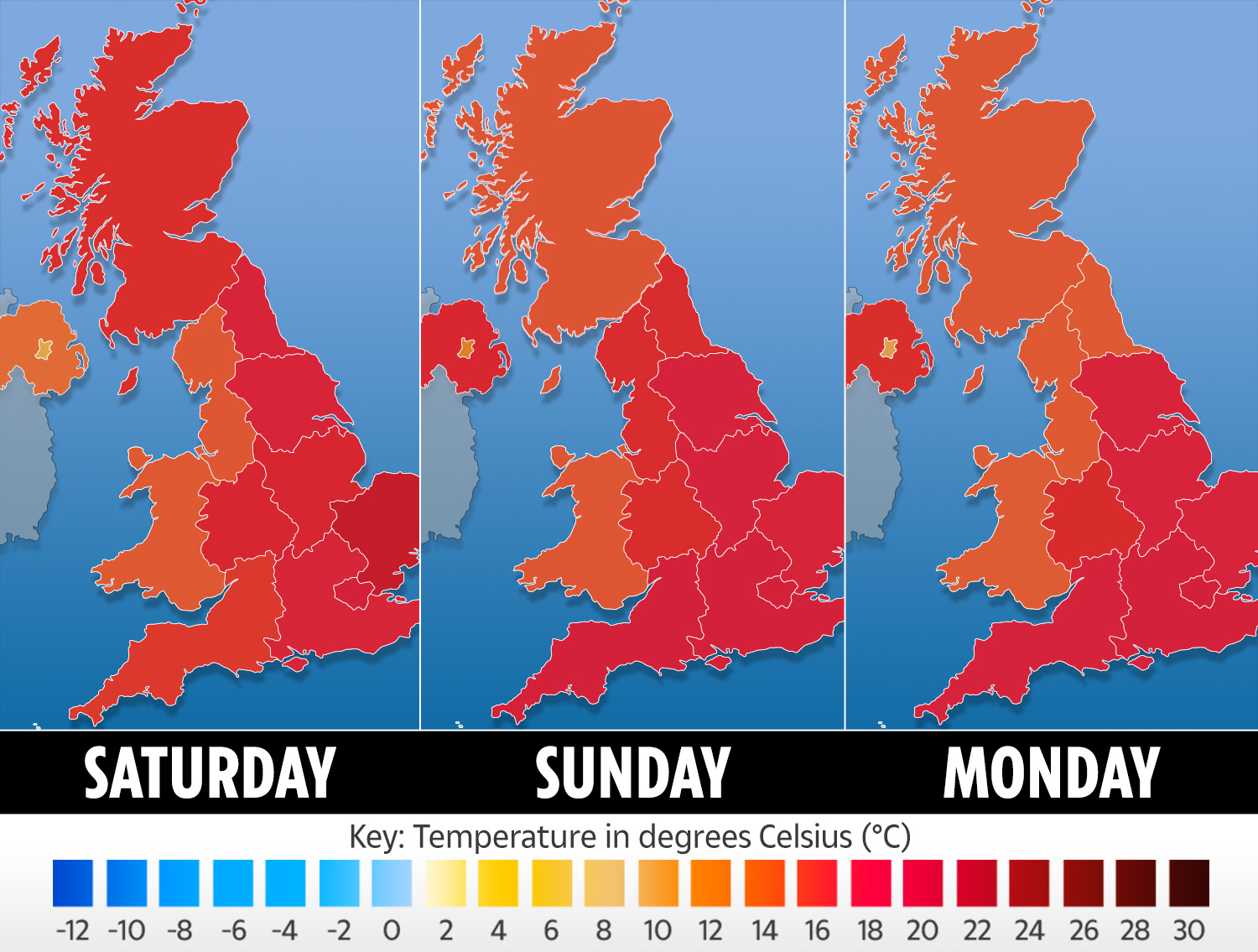 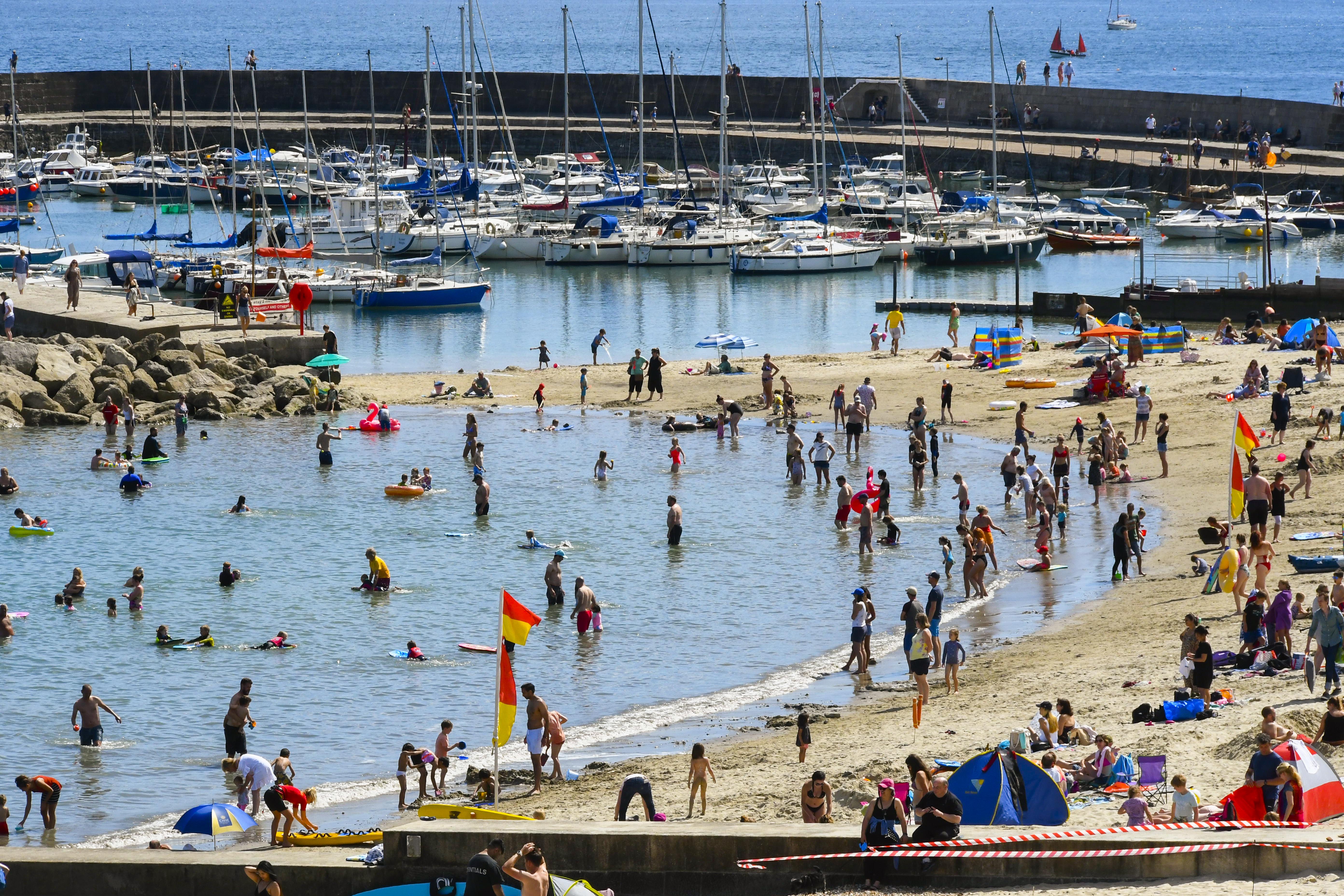 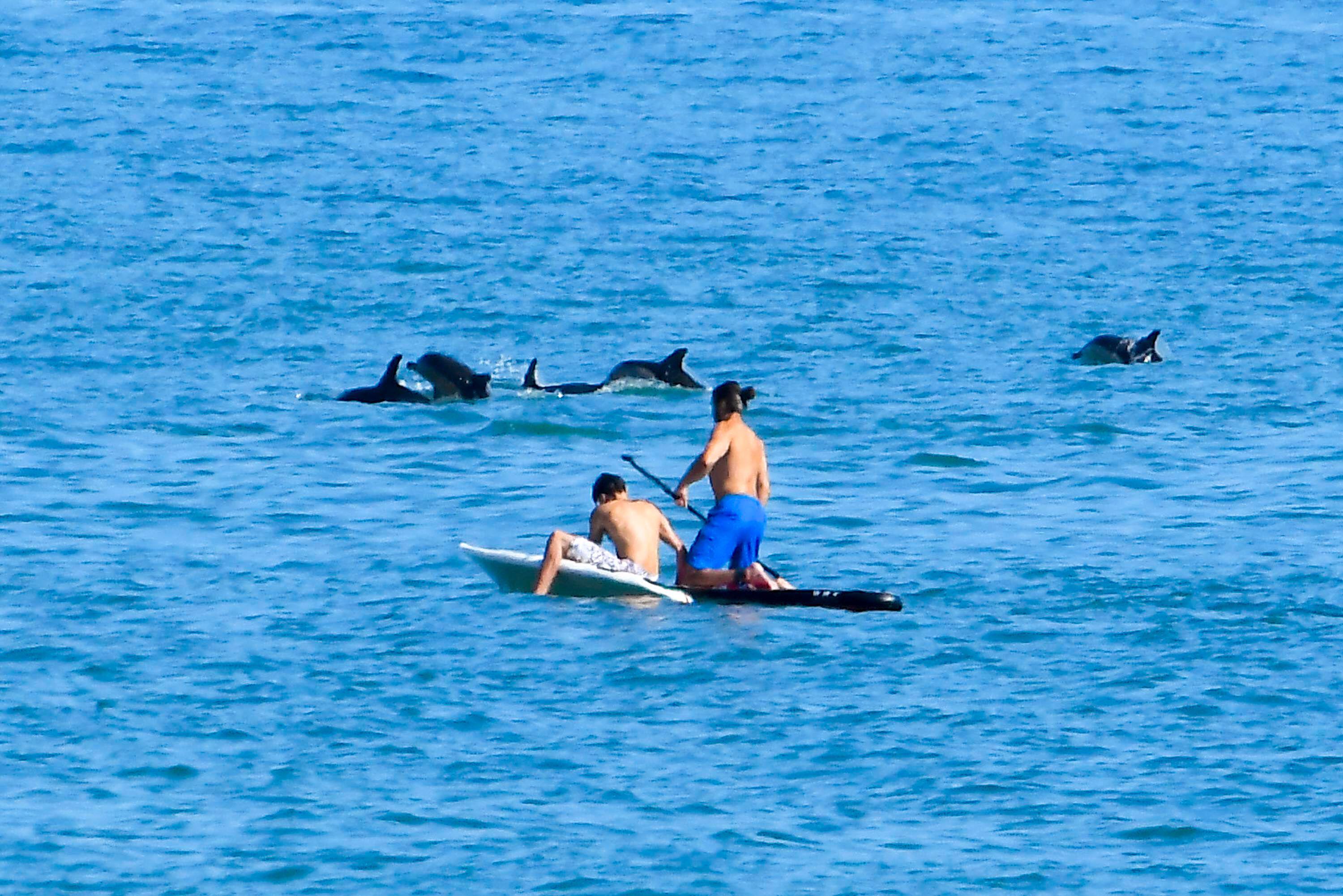 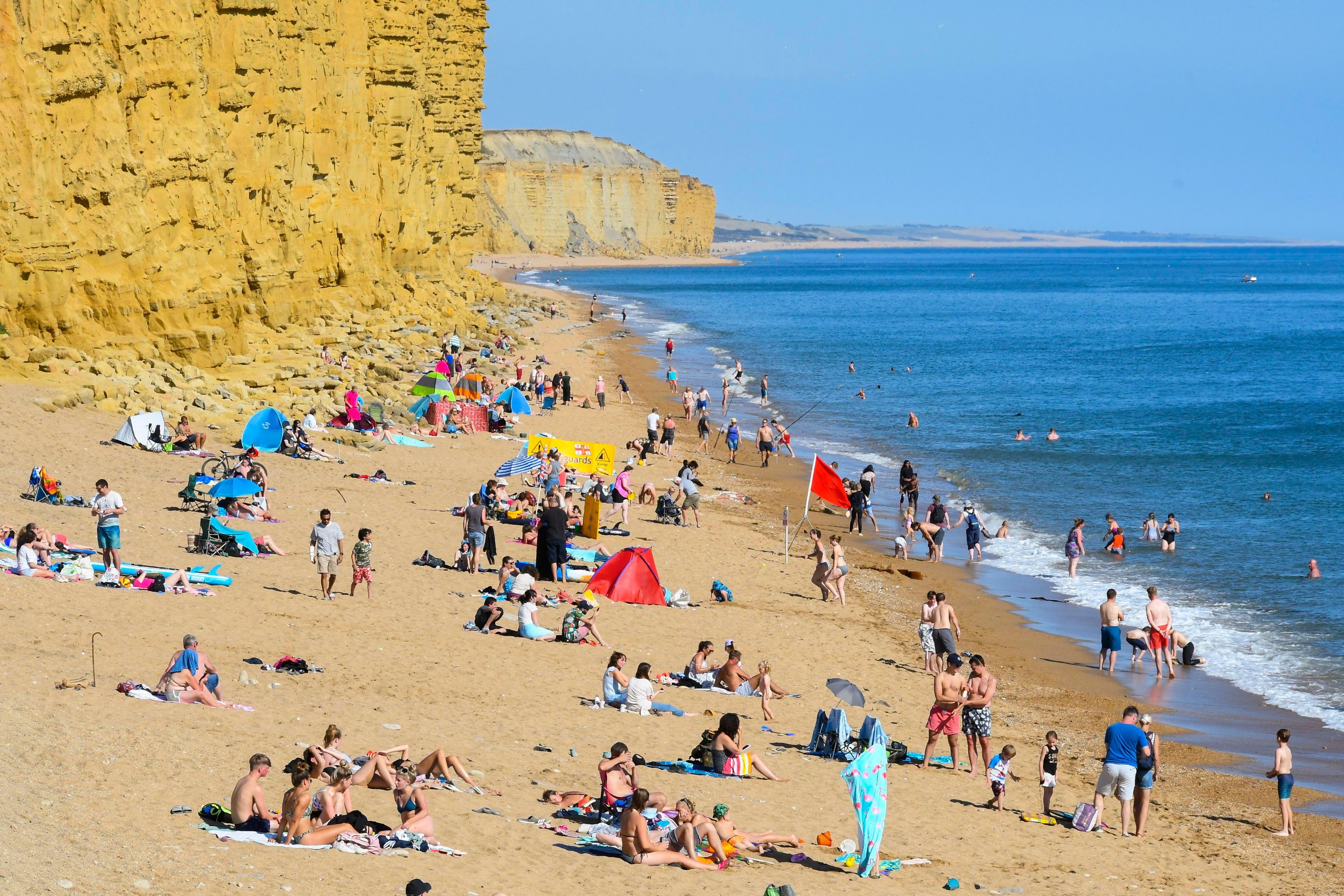 Friday will be warm with good sunshine in the east and south of the UK, according the Met Office.

It will be generally cloudy over Scotland and Northern Ireland with some rain that will move into Northern England and North Wales, and it will be cooler in the northwest.

A large plume of air is set to sweep across Europe towards the UK, bringing hot weather.

And forecasters reckon the mini heatwave could last all weekend with 28C on Saturday and 27C on Sunday. 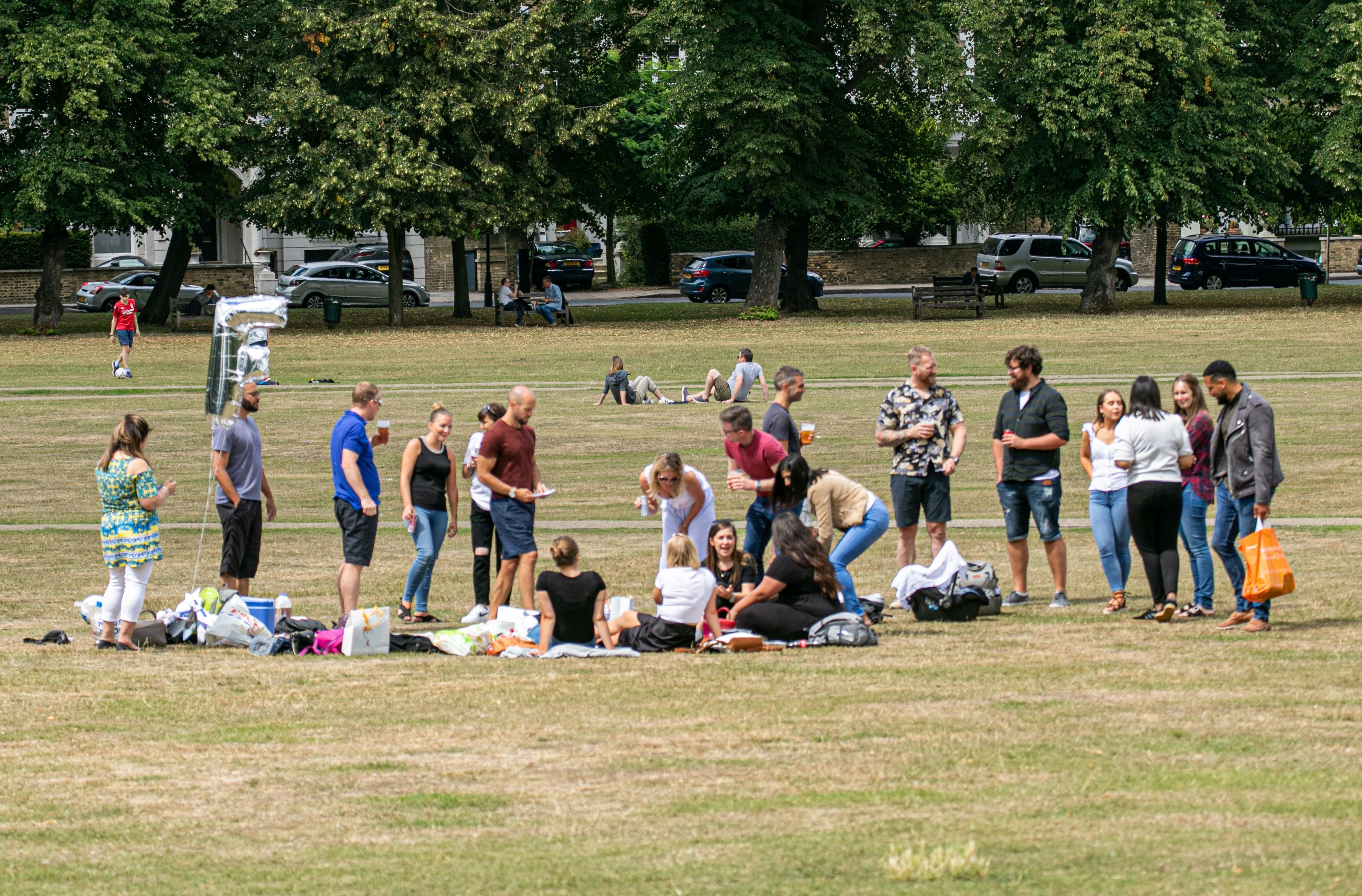 ALL EYES ON BEACHGOERS

All eyes will be on Bournemouth beach after thousands sparked a major incident at the end of last month.

They crammed onto the sand for the hottest day of the year so far as temperatures sky-rocketed to a blistering 33.4C.

Since then the UK has been deprived of sun amid constant cloud cover and non-stop downpours.

Figures compiled by the Met Office show the nation has seen just 55.5 hours of sunshine in the first half of this month.

The average for the entire month is 172 hours.

Met Office forecaster Nicky Maxey said: "It's even lower in some regions.

"Derbyshire, for example, has only seen 43.5 hours of sunshine between July 1 and July 14.

"The county gets an average of 181 hours of sunshine so they've only seen 24 per cent of what they'd normally have.

"Luckily, the sunshine is back over the next few days.

"It's going to feel more like July. Friday looks like it's going to be the hottest day, but temperatures will still be high across the weekend.

“There is a warming trend in the south later this week, certainly by the end of the week and into the weekend, with temperatures back up to into the high 20s, if not higher.”