The last full week of October will be slightly colder than earlier in the month especially in the northern half of the country. However, this week is expected to be drier compared to the previous wet weather in Britain.

Cloud will start to gradually melt away this afternoon as rain pulls out into the North Sea.

There will be some thicker clouds pushing in overnight on Monday, particularly across Scotland and the northwest.

The south of England and Wales will have a little bit less in the way of cloud.

Tuesday morning will see some spells of sunshine in some regions. 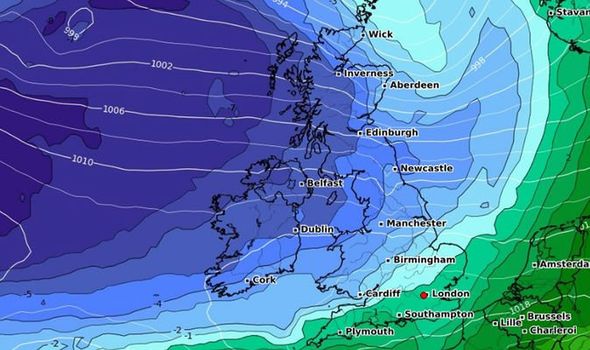 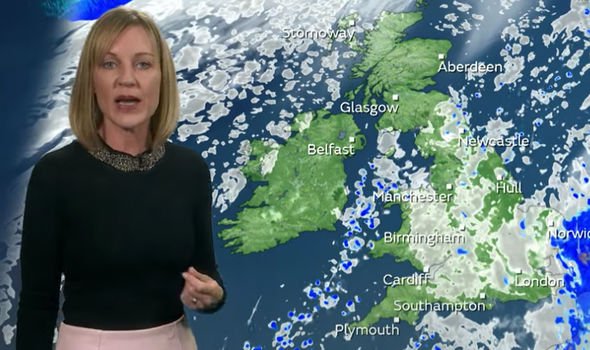 There will be some thicker cloud over the northwest which will bring the threat of some rain.

Met Office meteorologist Helen Roberts said: “As we head through the rest of the day that patchy cloud will come and go with one or two showers here and there in the far southeast corner.

“There is the threat of some rain just fringing the far southeast of England and eastern parts of East Anglia.

“Otherwise bright or sunny spells and feeling reasonably pleasant in that sunshine with temperatures into the low to mid-teens.” 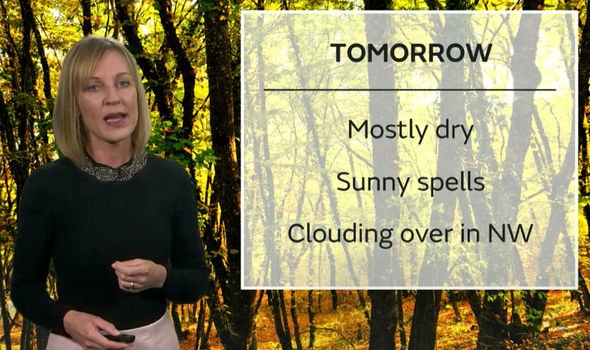 Tuesday will be mostly dry with some spells of sunshine.

But the northwest will continue to experience thick cloud.

This is due to the weather front that is heading in from the Atlantic.

The rest of the week will see low pressure become more dominant meaning it will be more unsettled once again.

The Met Office website said East Anglia and southeast England will be chilly and breezy.

But Scotland is expected to be “fine, dry and bright”. 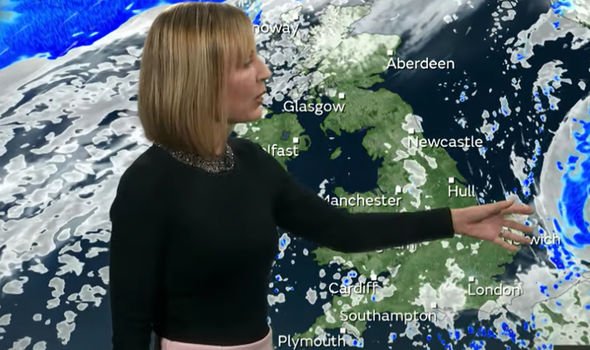 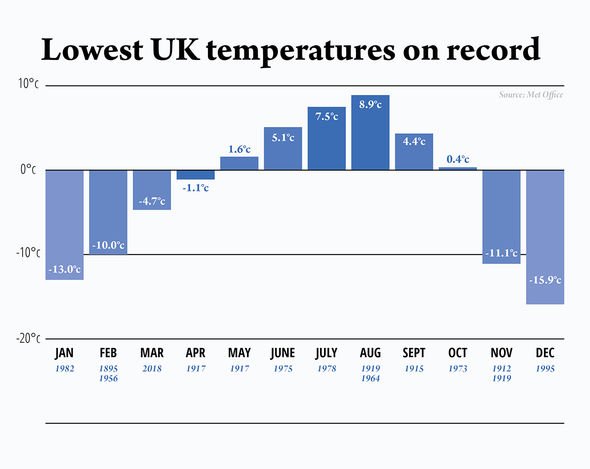 There will also be unsettled weather with some heavy rain in the north west extending to remaining parts.

Northern Ireland and the north west of England may see some spells of snow later in the week.

Whether there will be snow in some regions during this week is dependent on the strength of the incoming Atlantic weather front.

The Met Office will be updating its forecasts throughout the day.