BRITAIN will be battered by torrential rain tomorrow ahead of this Bank Holiday weekend's record-breaking 33C heatwave.

The latest weather forecast predicts showers as temperatures will stay in the low 20Cs throughout the day. 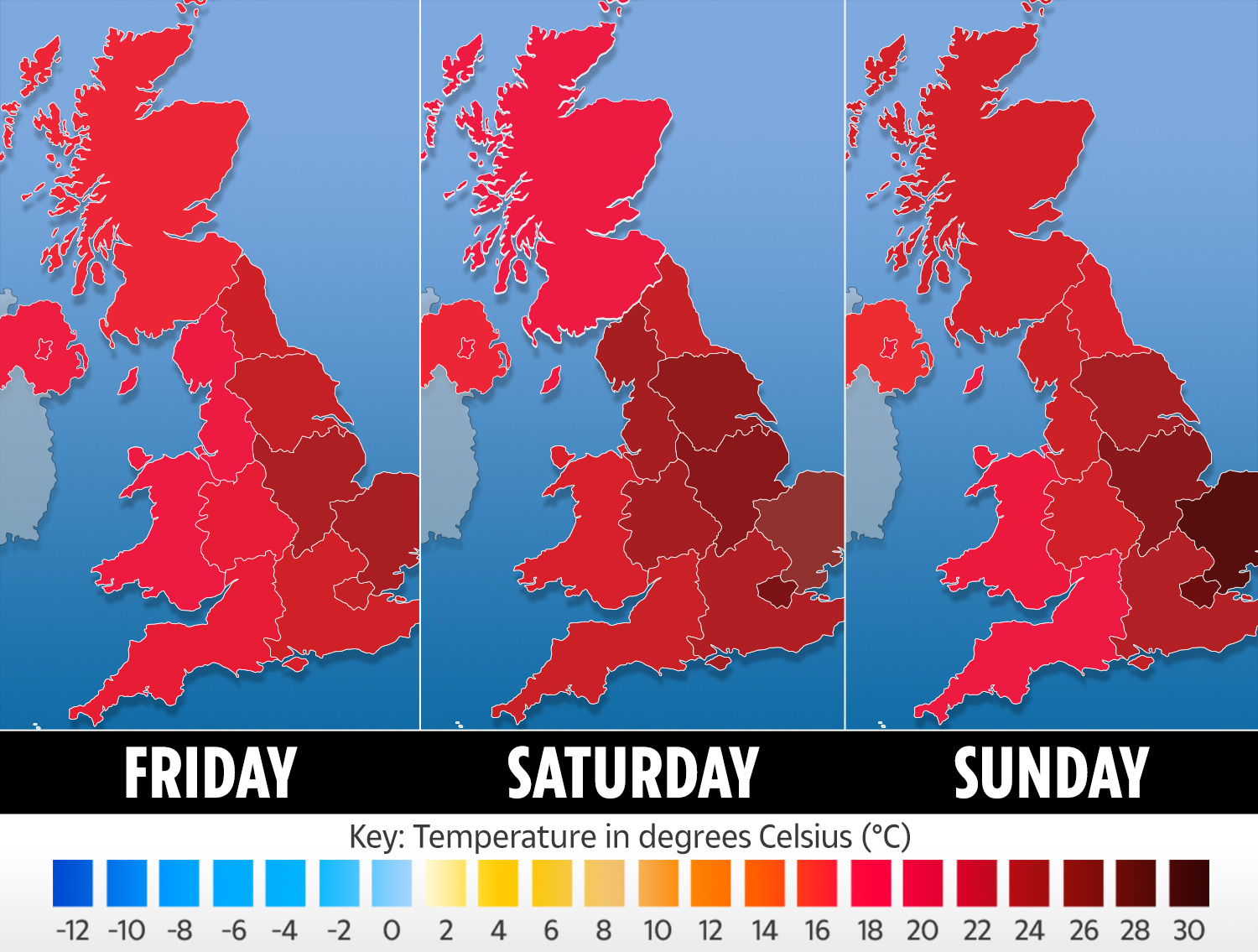 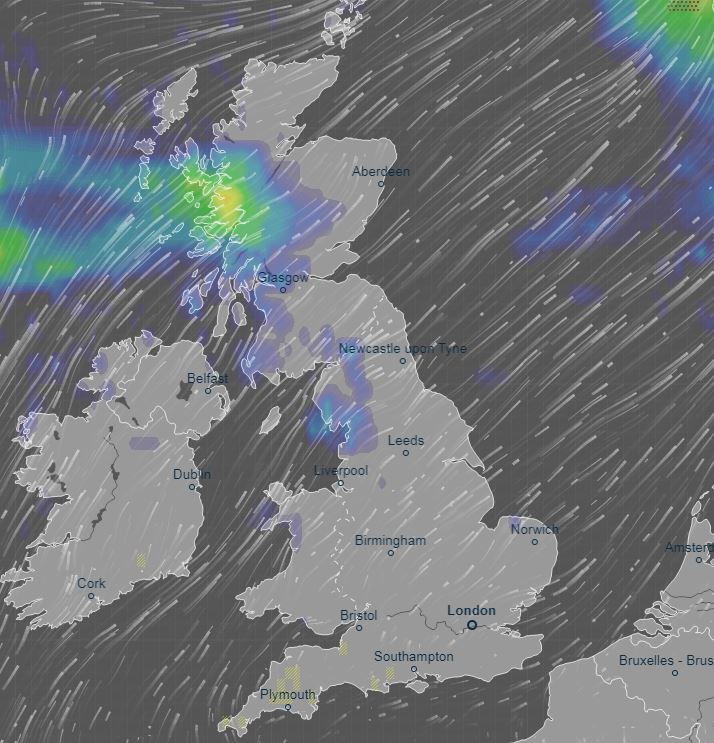 There will be showers  in northern areas of the UK on Friday, with isolated outbreaks of rain also expected in some southern areas before high pressure moves in, bringing warmer and drier weather.

Tomorrow morning will be dry and bright for most, but there will be extensive cloud and the odd light shower in Wales, the Midlands and North West England.

It will also be cloudy with rain in parts of Scotland.

Central and southern England are expected to see the warmest weather of the bank holiday, while temperatures across northern areas of the UK will be lower, with conditions likely to be more changeable.

Brits are gearing up for a 33C heatwave which could smash the UK's record for the hottest ever August Bank Holiday.

But as millions prepare to take to the road for short breaks, experts have warned the hot weather could cause more breakdowns.

RAC spokesman Rod Dennis said: “With summer returning in time for the weekend for many of us, it’s going to mean millions of us take to the road for day trips and short breaks.

“Unfortunately, as the temperature rises so can the chances of a breakdown – so it’s important drivers check over their vehicle before setting out.

“Tyre pressure and tread, as well as oil and coolant levels, should all be looked at and doing so can really cut the chances of breaking down.

“Hungry, thirsty or tired passengers can also be recipes for in-car irritability – and ‘carguments’ – so pack enough food and water to keep your passengers happy, and plan in enough breaks along the way.”

The mercury could hit 33C on Monday, which would smash the previous high set two years ago – by FIVE DEGREES.

Chief Met Office meteorologist Steve Willington said: "By Bank Holiday Monday itself temperatures will rise further with around 33C possible in the southeast – which would set a new record for the coming Bank Holiday weekend."

The current highest temperature on record for the August Bank Holiday Monday is 28.2C at Holbeach, Lincolnshire in 2017.

But the hottest overall temperature during the late summer Bank Holiday weekend is 31.5C, on August 25, 2001, at Heathrow.

A sunny long weekend will be welcomed by Brits bored with the cooler and damper weather we have seen for the past few weeks.

Met Office forecaster Grahame Madge said: “The August Bank Holiday record is 28.2C and that will easily be challenged. Above the high 20s is quite possible in the odd spot. The high 20s are forecast reasonably widely.

“There is also a low chance of beating the overall August Bank Holiday weekend record of 31.5C.

SPONSORED CONTENT: How to save £219 a year off your energy bills

BEAT energy price rises year after year with Switchcraft. It's free and it could save you an average of £219 a year.

News UK has a brand partnership with Switchcraft. The £5 will be paid into your bank account within four months of completing the switch. Prepayment meter customer customers will receive a £5 Amazon voucher. Open to those 18 and over. UK residents only. Click here for full T&Cs.

“The fine Bank Holiday weekend will provide a good opportunity for people to be outside after a very wet August.

“It will turn progressively warmer through the week, with 26C by Friday and temperatures climbing as a ridge of high pressure from the Azores influences all parts of the UK.” 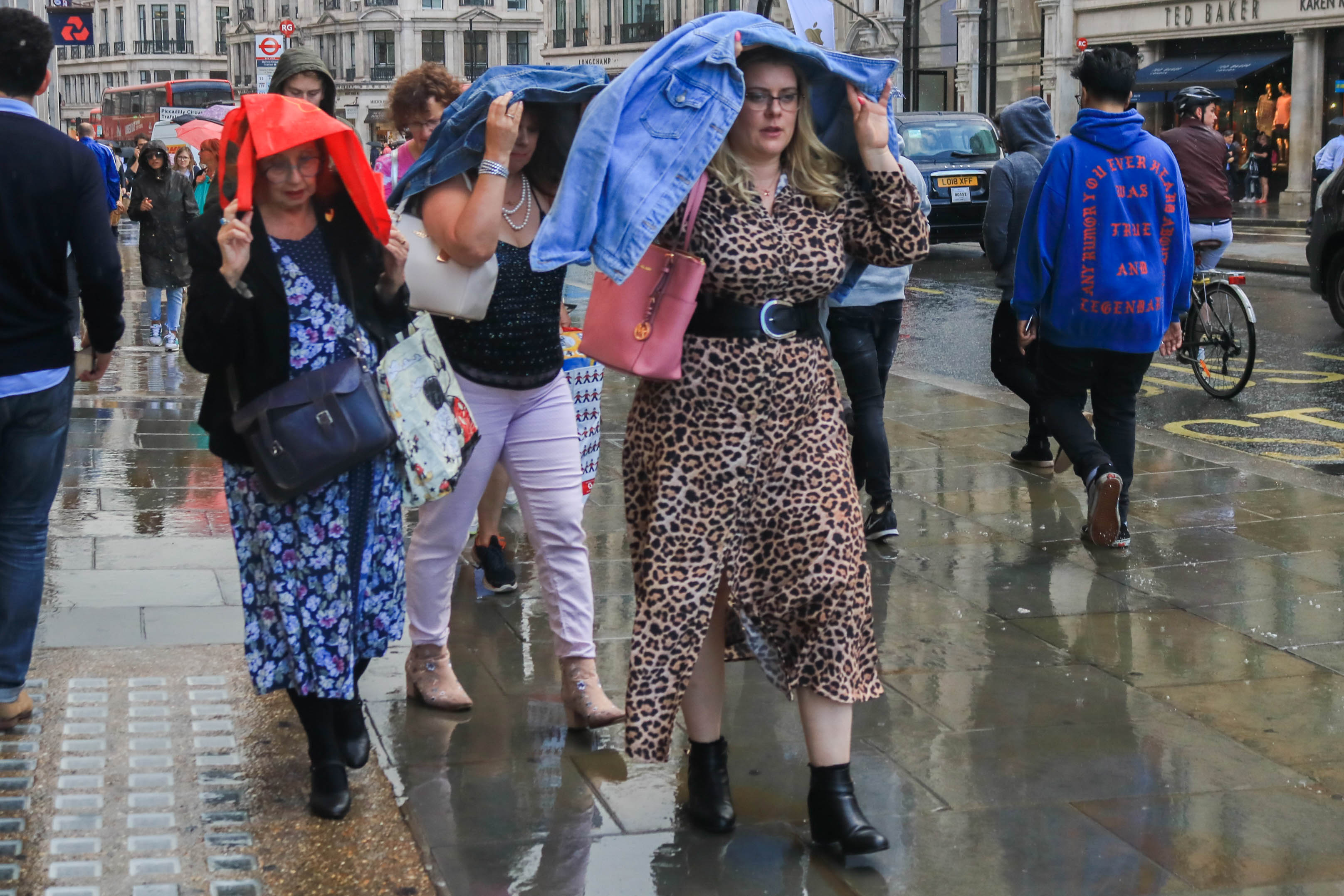 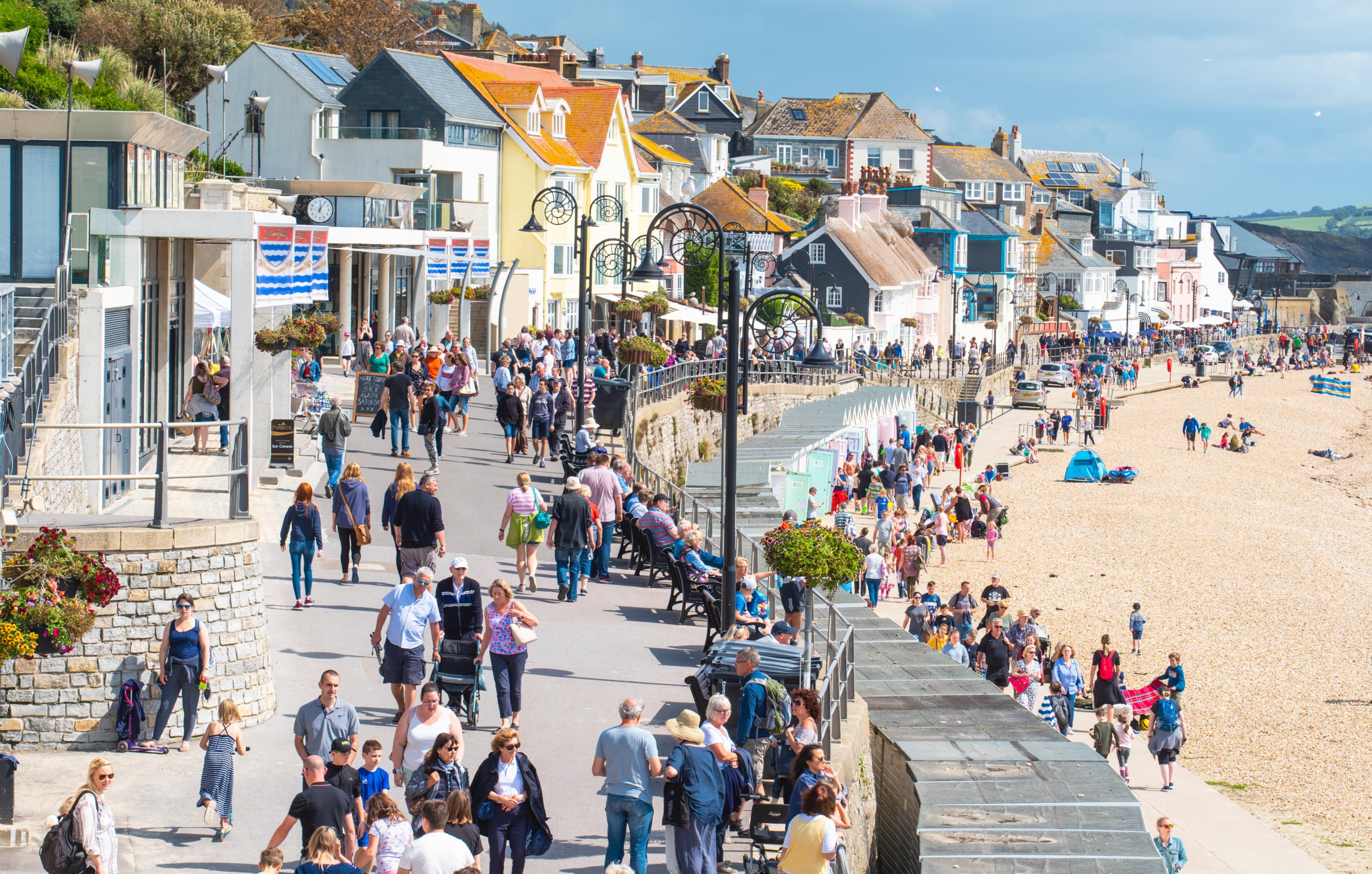 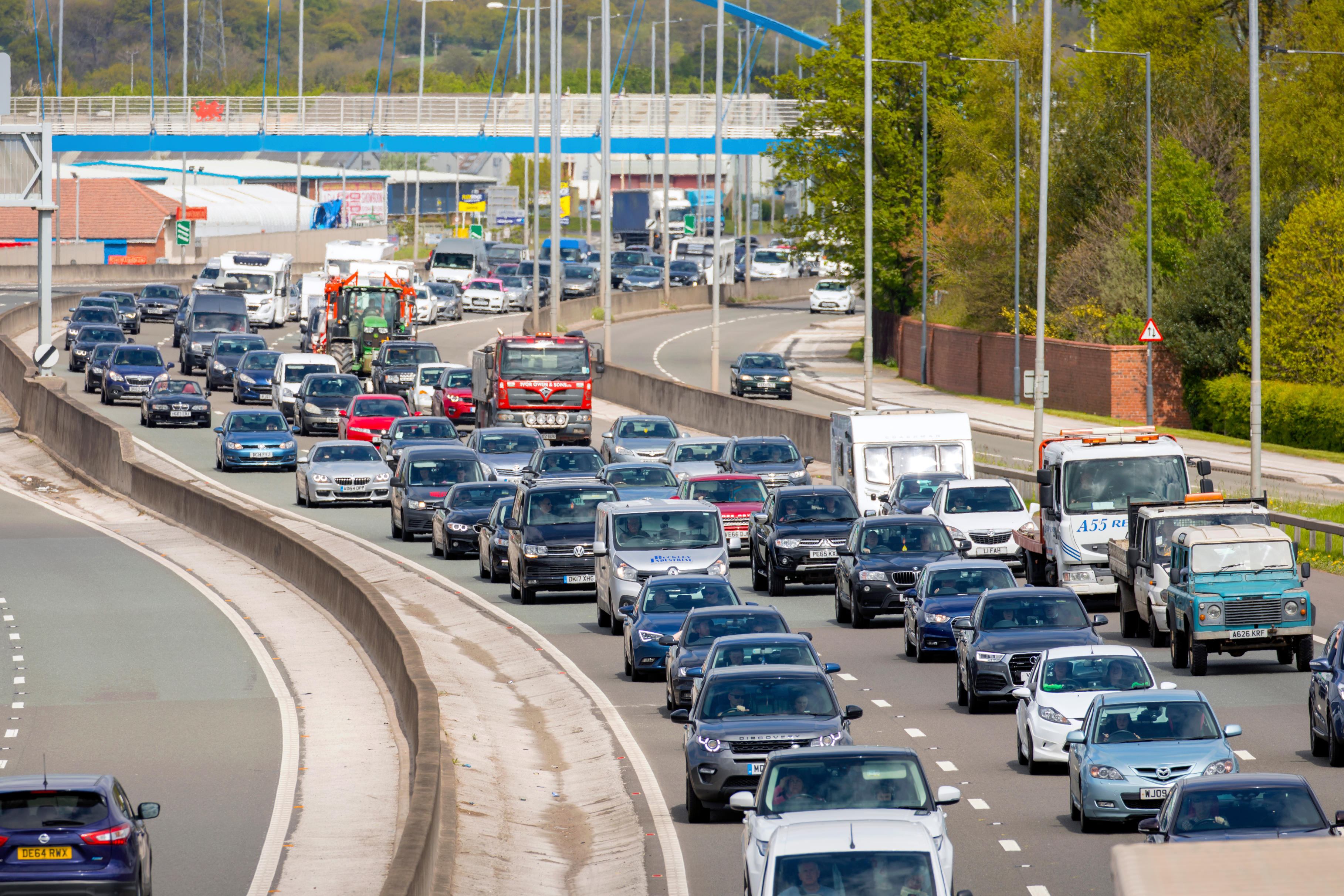