Severe weather warnings have been issued for Europe, and some of it could be coming to the UK in the coming days. The UK has been experiencing some of its warmest weather for a while, with May being one of the driest since records began in the 1800s.

Low pressure is forming on the continent, dispelling the warm and sunny period much of Europe and the UK have been experiencing recently.

The forecast means the UK is set for a blustery week as cold air and rain moves up the continent and onto British shores.

BBC Meteorologist Matt Taylor told viewers: “The rain will merely be across the UK and Ireland to begin with.

“But as colder air starts to push its way southwards, it will interact with the warmth we’ve seen across France, Spain and Portugal over the last few days. 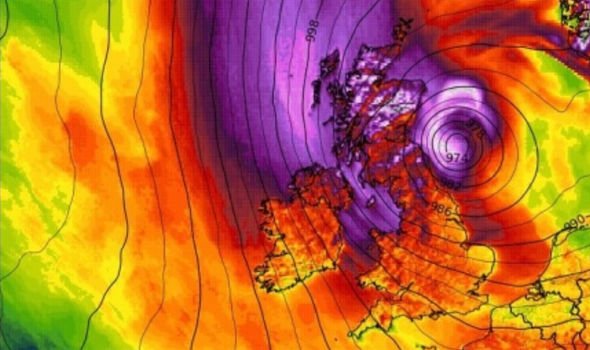 He continued: “We could see some severe storms later on Wednesday.

“There’ll be a few showers and thunderstorms through the Alps and into the Balkans.”

He continued: “There’ll be some heavy thundery downpours through southern France and northern parts of Spain. 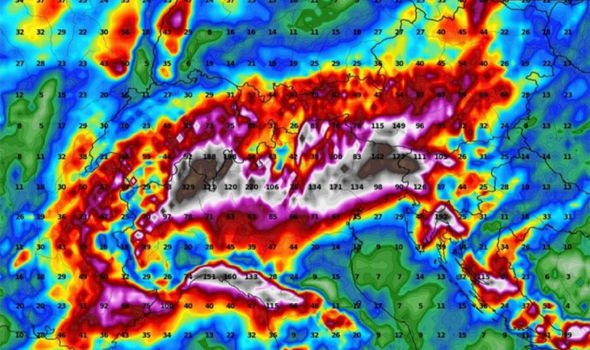 “They could cause flash flooding, and the rain becomes more widespread, and even heavier as we go through into Thursday.

“Across the central swathe of Europe there could be some flash flooding in one or two spots.”

While flash foods and weather warnings are not currently in place for the UK, the Met Office echoed the forecast of miserable weather.

The Met Office tweeted: “It’s not just surface winds and temperatures which are on the change, the Atlantic #Jetstream will move over the top of the British Isles in the coming days, leading to unsettled weather, and an increasing chance of #Rain”.

The Met Office forecast for today reads: “A breezy and showery day for many and feeling cool.

“Some showers heavy with the chance of the odd rumble of thunder during the afternoon.

“Strengthening winds and heavy rain arriving into the northeast with gales for some parts here.”

Tonight there will be much more of the same, with the Met Office forecasting rain and strong winds in the north moving into Northern Ireland and northern England.

The forecast added: “Some coastal gales likely here. Further south a few showers but a dry night for many.” 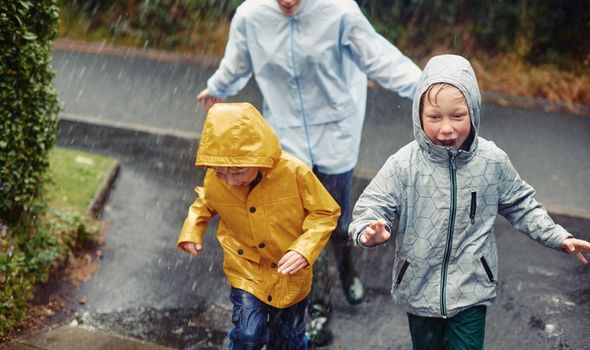 Unfortunately, the brunt of the bad weather will get here on Saturday, the first weekend that Brits are allowed to meet up in larger groups.

The Met Office predicts: “Rain or showers for many with heaviest showers over northern and east England by day. Windy and cool for most.”

The conditions are set to ease from Sunday, although no return to the glorious sunshine of May is expected just yet.

The Met Office said: “Rain or showers for many eastern and southern parts slowly clearing southeast to more settled conditions.

“Winds easing too. Rather cool and chilly overnight but feeling warm in sunny spells.” 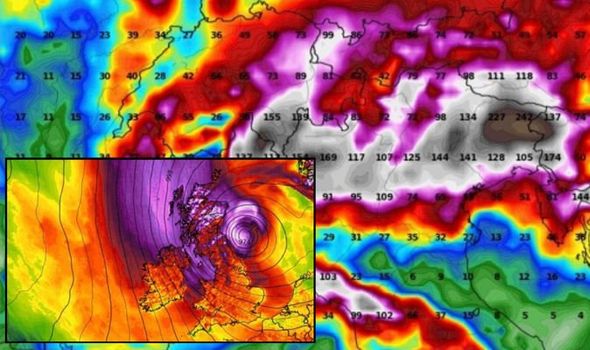