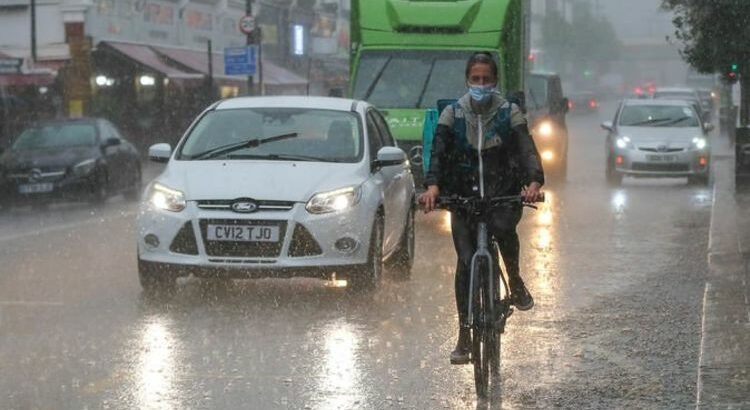 BBC Weather: Rain to hit some western parts of UK

By tomorrow we should be able to put those umbrellas away to see in highs of 73F (23C) with just a little patchy cloud. And the temperature will go on climbing throughout next week. There is the chance of the odd shower on Monday and Tuesday but it should be wall-to-wall sunshine for most of us and as we head into next weekend, forecasters predict we’ll be basking in temperatures of up to 80F. 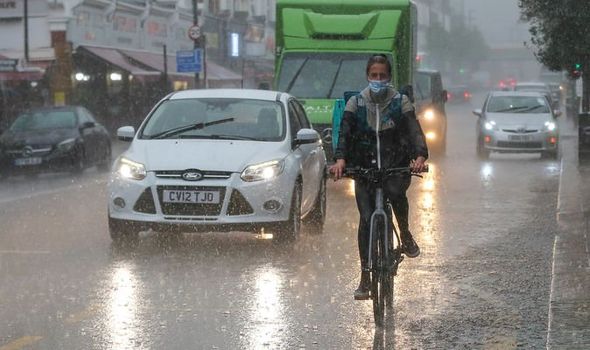 According to the experts it will be warmer than average for June with lows of just 63F or 64F.

And some weather charts suggest we’ll be at a scorching 82F by next Saturday afternoon.

Northern Ireland and north-west Scotland will see some cloud and rain, but BBC weatherman Ben Rich said: “High pressure will just about be in charge of the weather for the weekend.

“By Monday temperatures will be climbing upwards once again.

“On Tuesday again there is the potential for the odd shower but it will be sunny spells for most places with temperatures from around 63F in Aberdeen to 75F in London.” He added: “As we get deeper into next week the jet stream will drive the weather systems well north of the UK keeping us in an area of high pressure.

“As it moves north it will introduce some warmer air once again. If anything, temperatures are set to climb.” They could reach the high 70s by the end of the week.

Britain had a mini heatwave earlier this week, although yesterday was cooler… and wetter.