The mercury today soared to a record-breaking 32.6C – smashing yesterday's high of 31.9C. 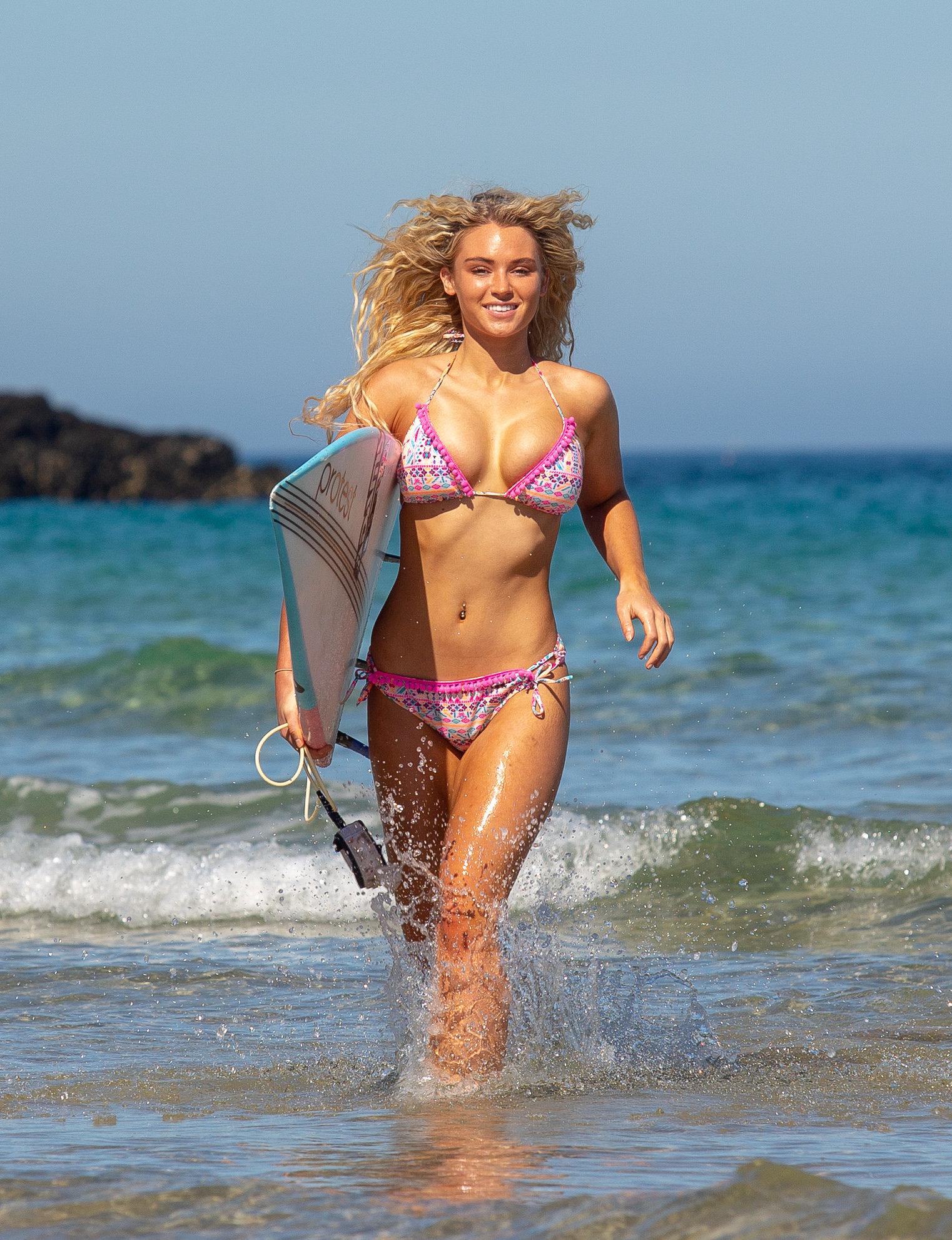 Highs were recorded across the UK this afternoon –  making it the first time in five years that temperatures have hit 30C in all four nations of the UK.

Met Office meteorologist Bonnie Diamond said: "Last year for England there was a warm spell where they had five days over 30C but what makes this current spell different is that it's nationwide.

"It's staying sunny and warm and dry for most (into next week).

"There is a small risk of seeing some showers developing in the far south-west but otherwise it will be dry." 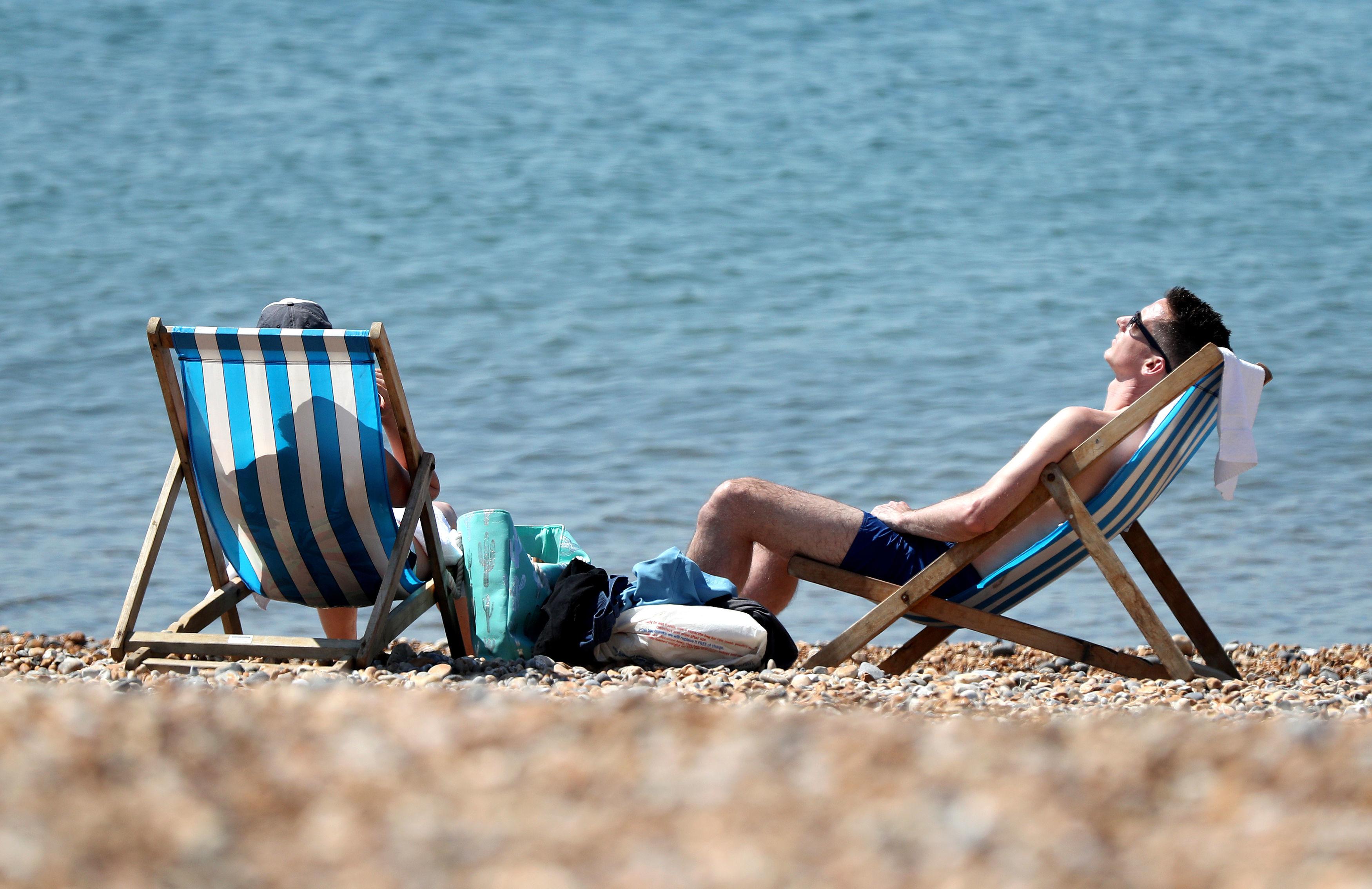 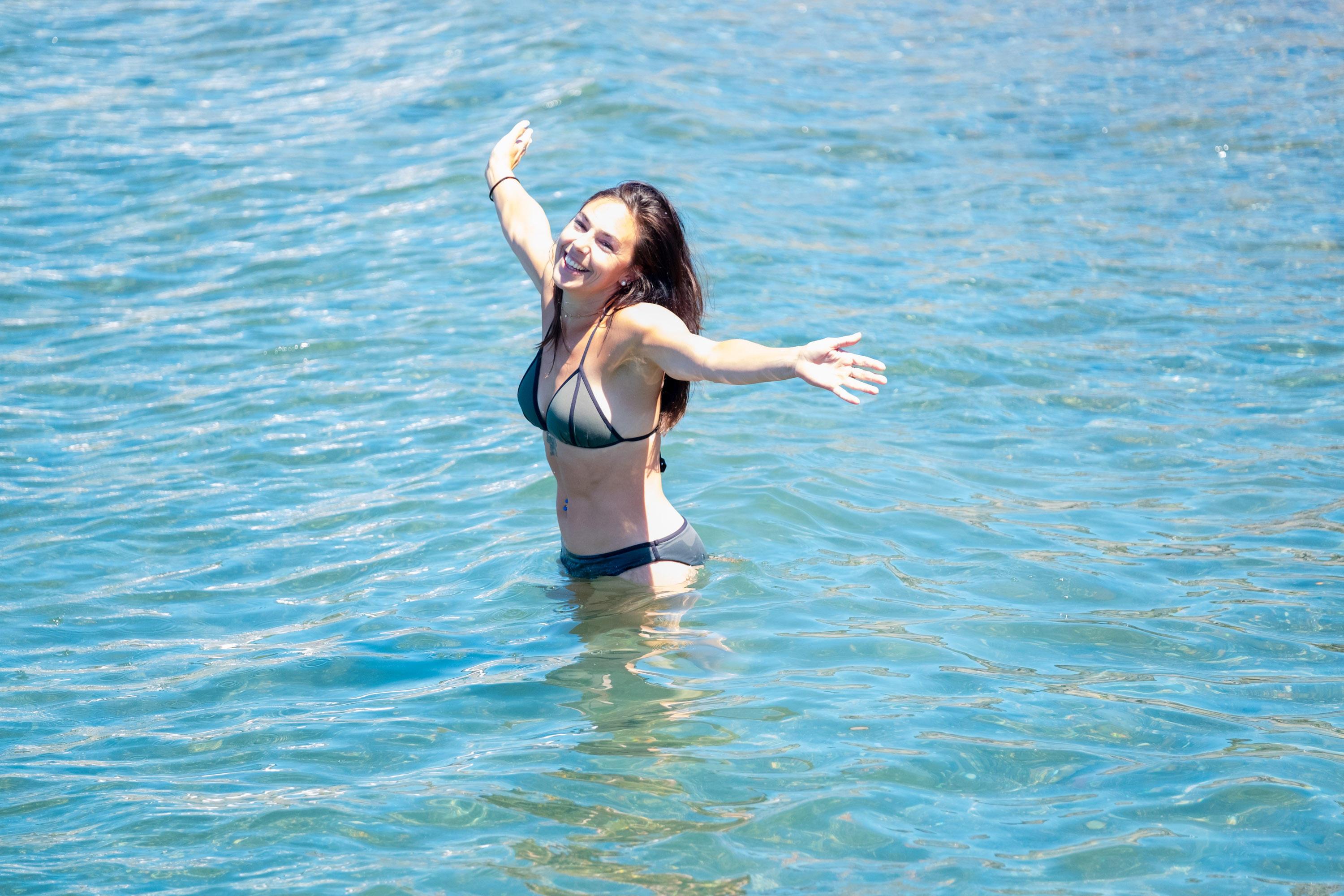 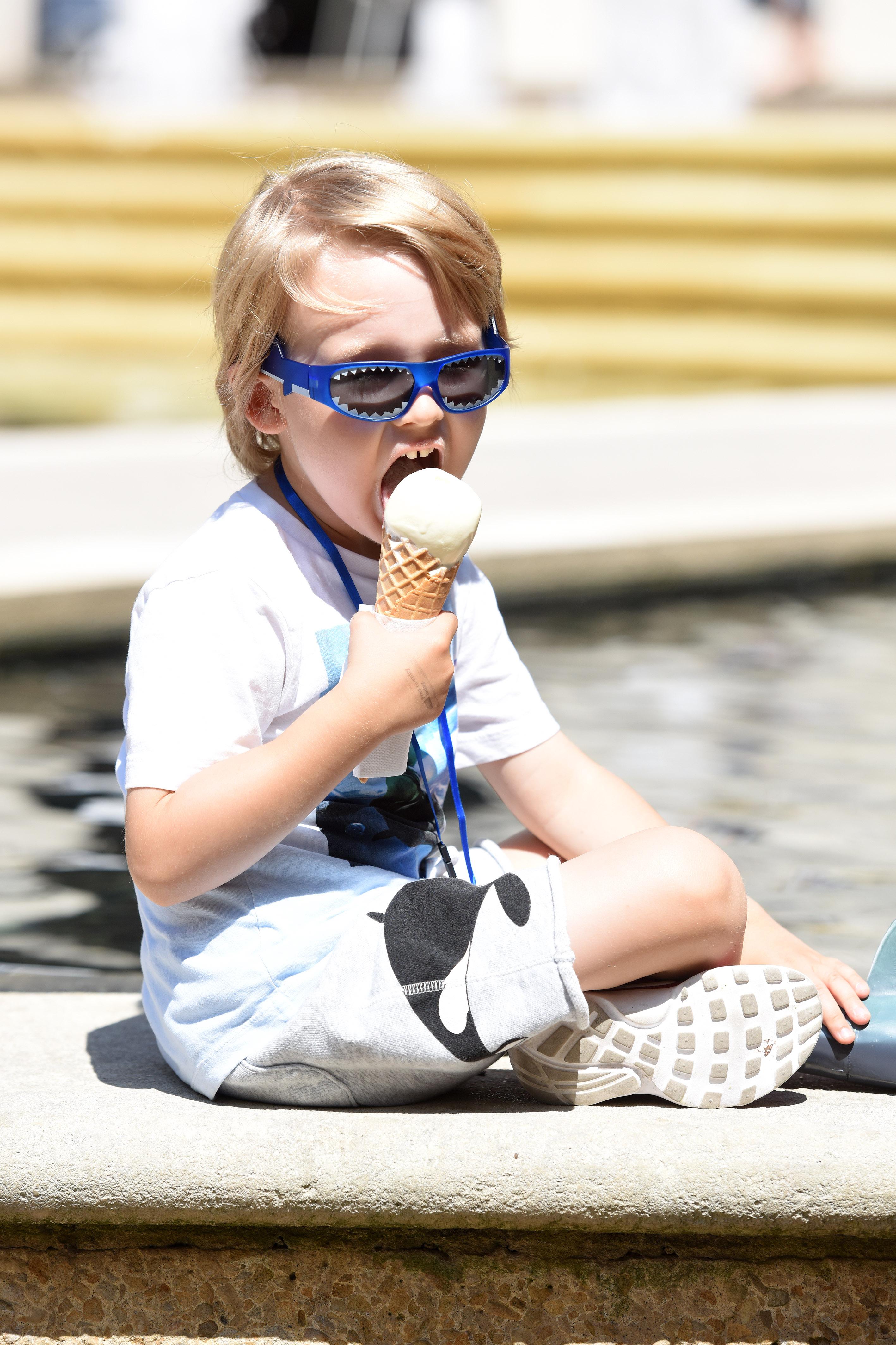 But the heatwave has sparked health warnings for the country, with conditions expected to remain hot and sunny over the weekend.

The Met Office's heat-health watch alert remains at level two, meaning social and healthcare services are at the ready to reduce harm from a potential heatwave.

Authorities have also issued warnings to cut shower times down to just four minutes as temperatures continue to sizzle.

With no rain on the horizon, the South East is set for its driest June since records began. 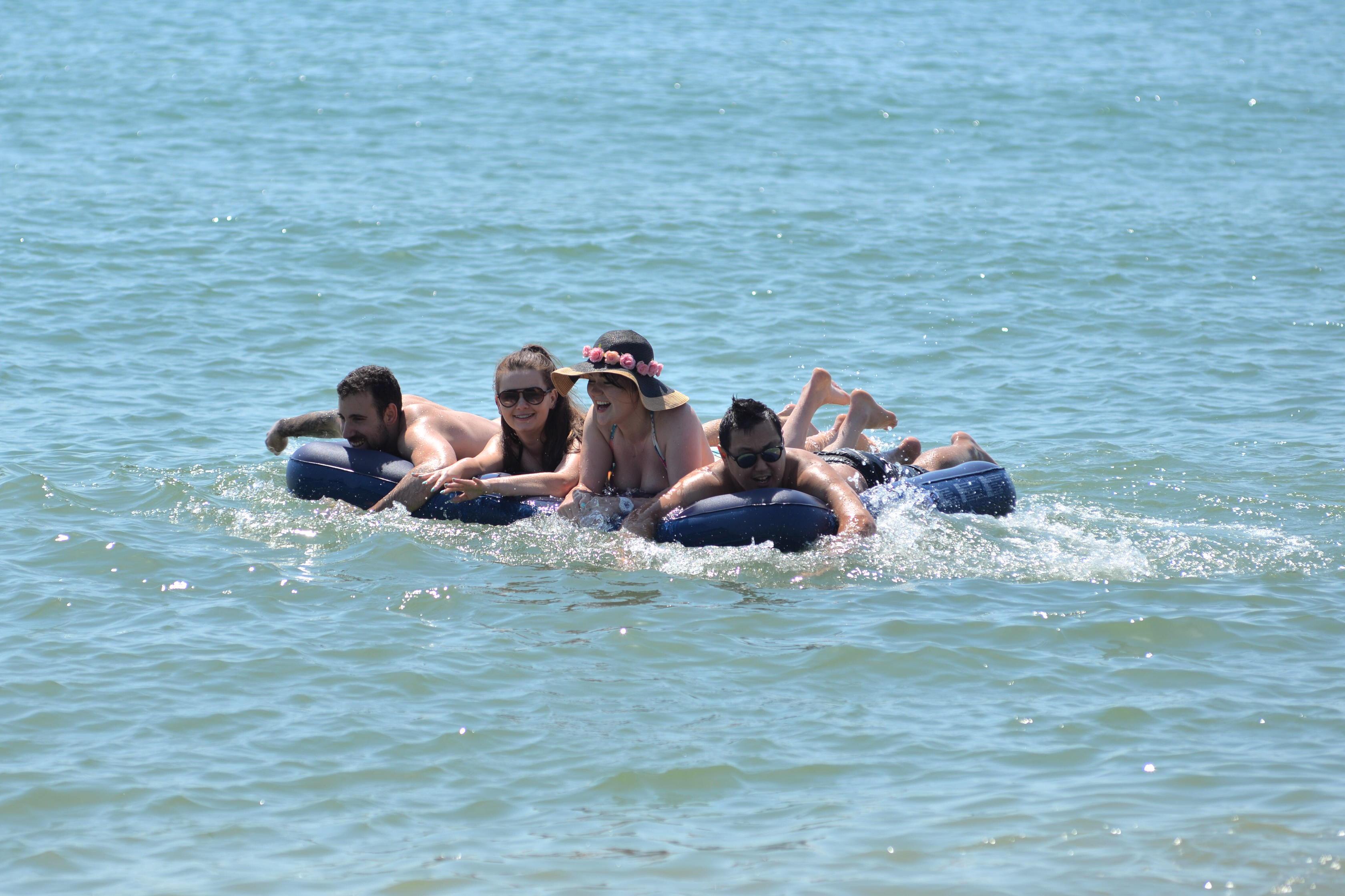 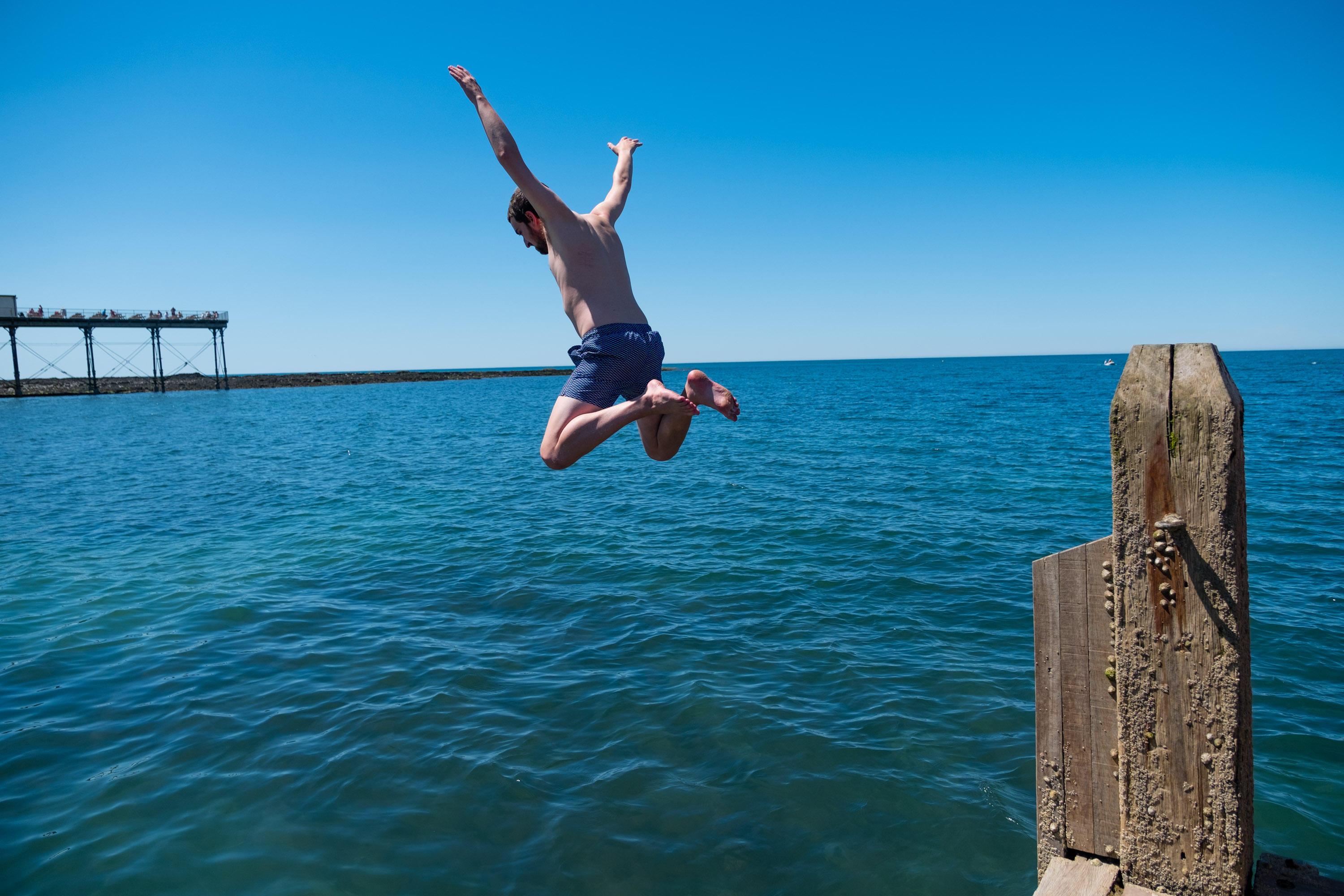 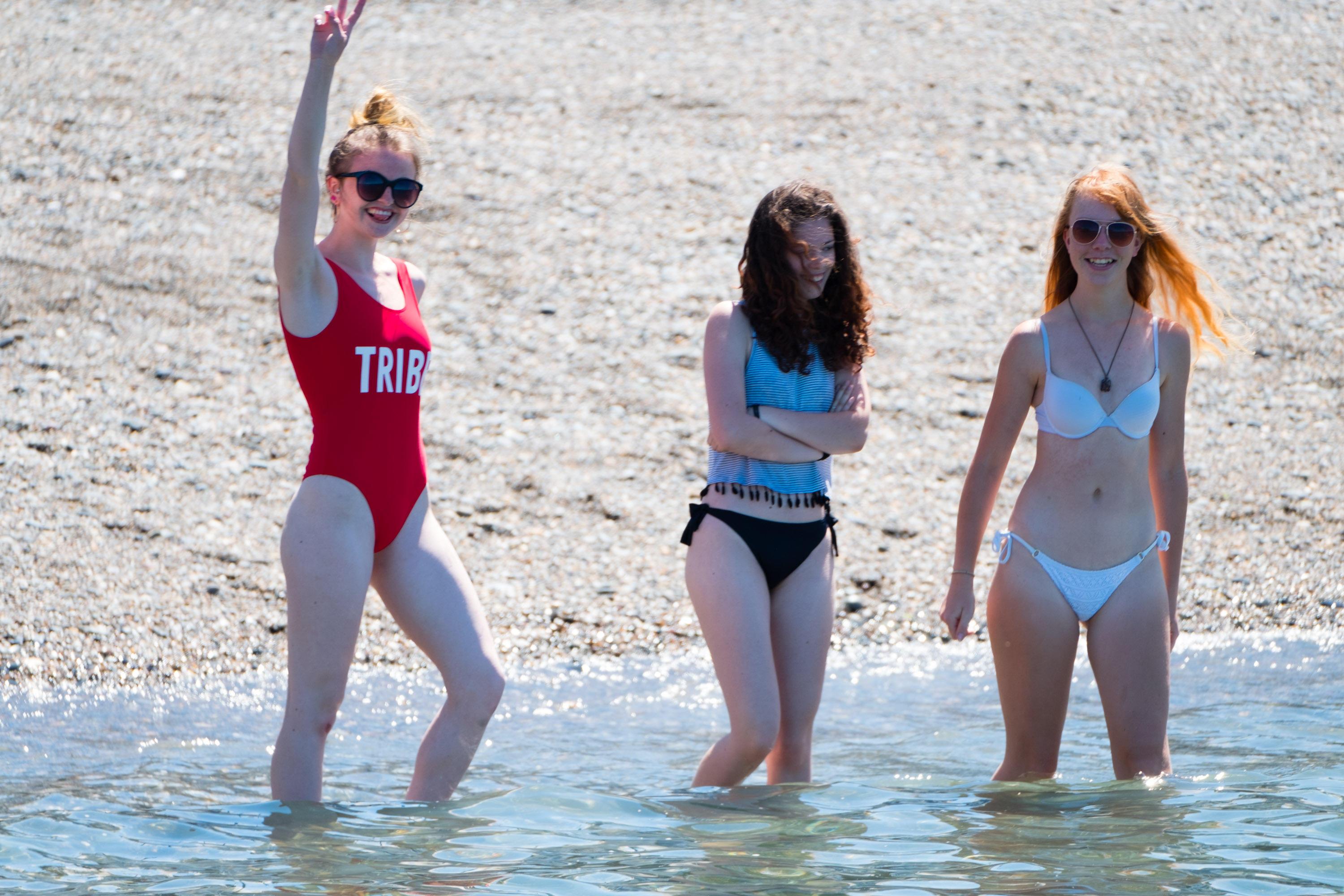 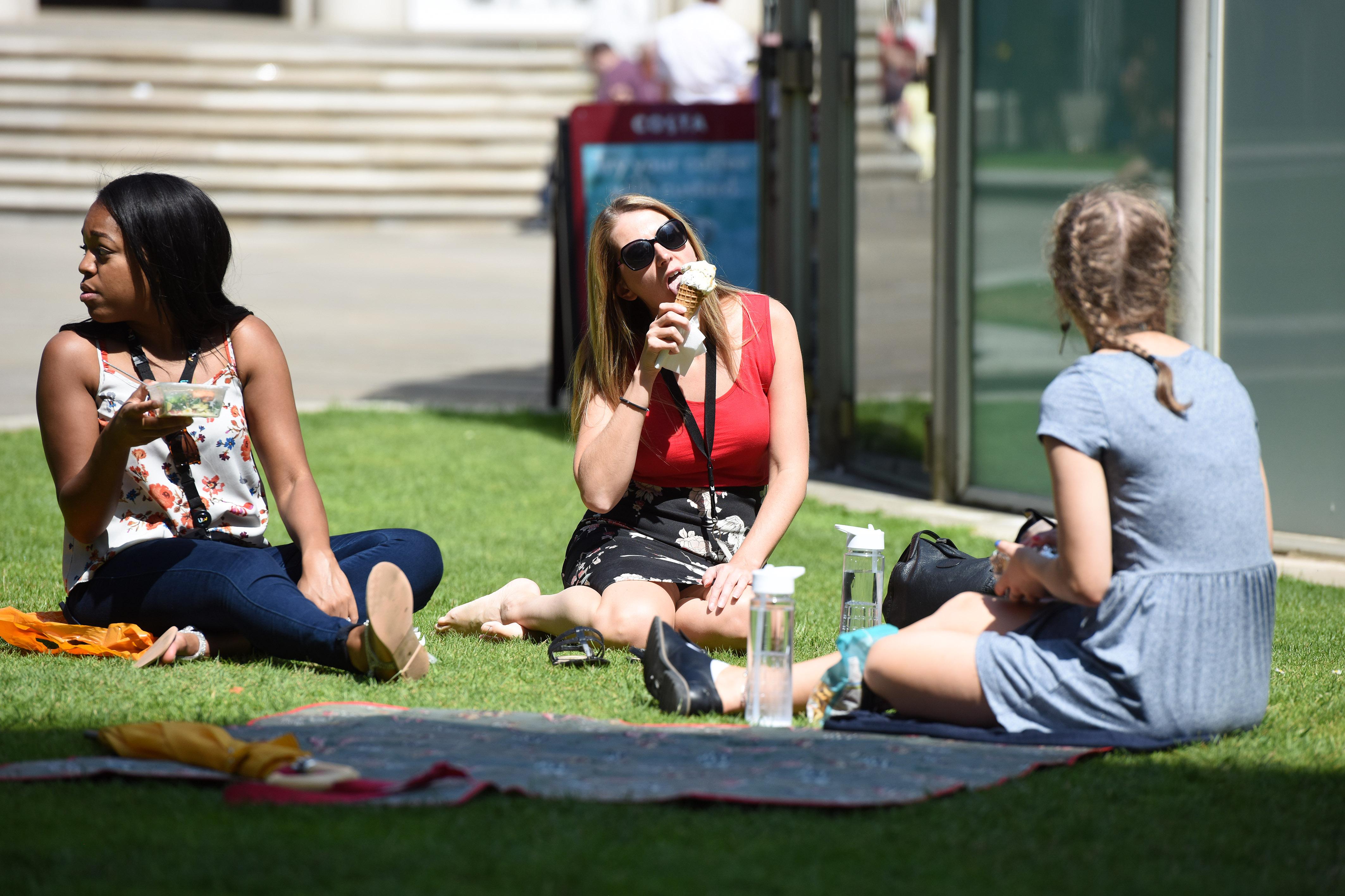 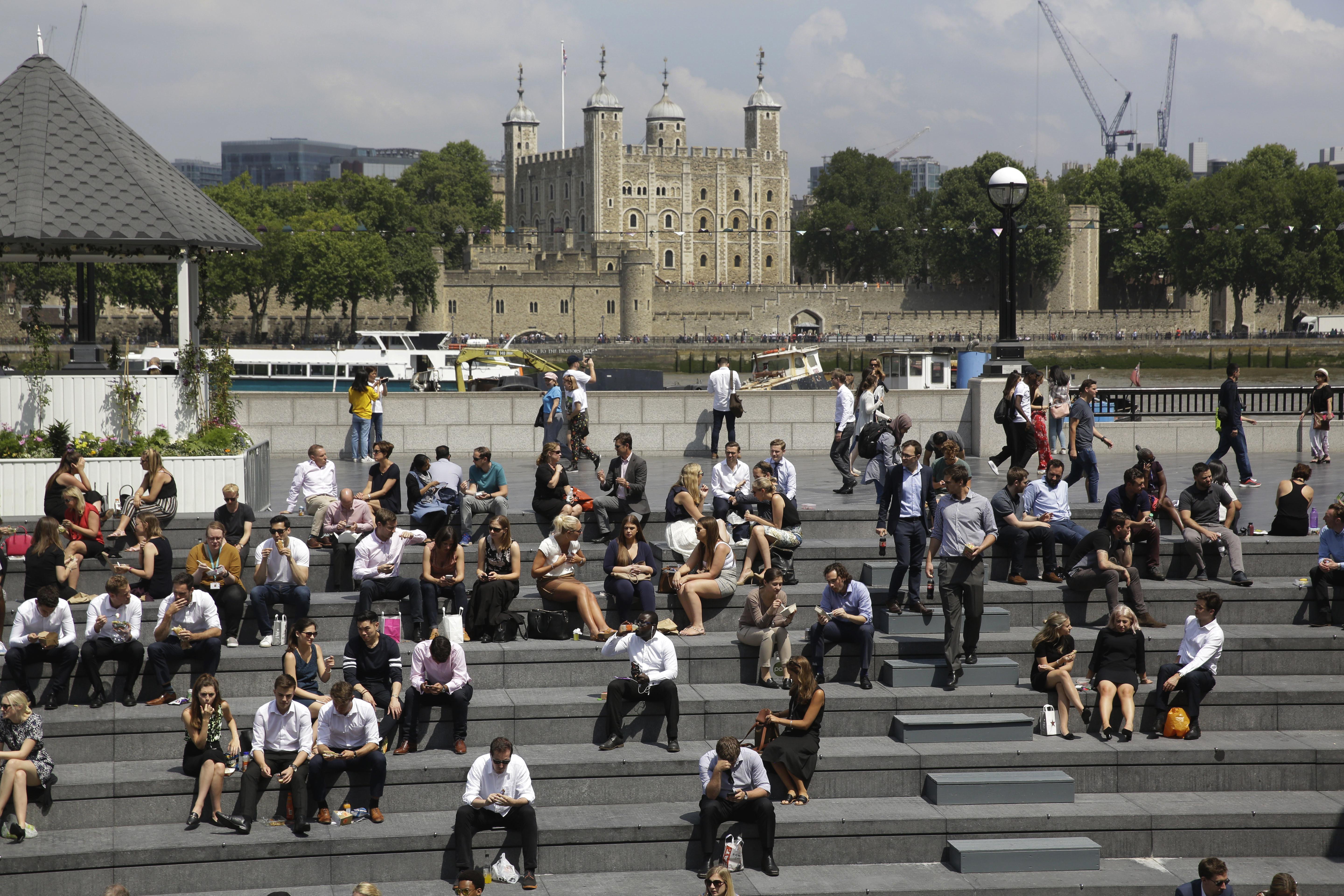 The last time the area received so little rain was in 1925, recording just 3.4mm.

The searing temperatures have come with warnings to be careful near water and in the countryside, where fire crews have been tackling wildfires.

Part of Saddleworth Moor in the Peak District has been gripped by wildfire since Sunday afternoon with the army on standby while fire crews battle to bring the blaze under control.

A number of homes were evacuated and pockets of fire continue to burn across an area of around six kilometres, Greater Manchester Fire and Rescue Service said. 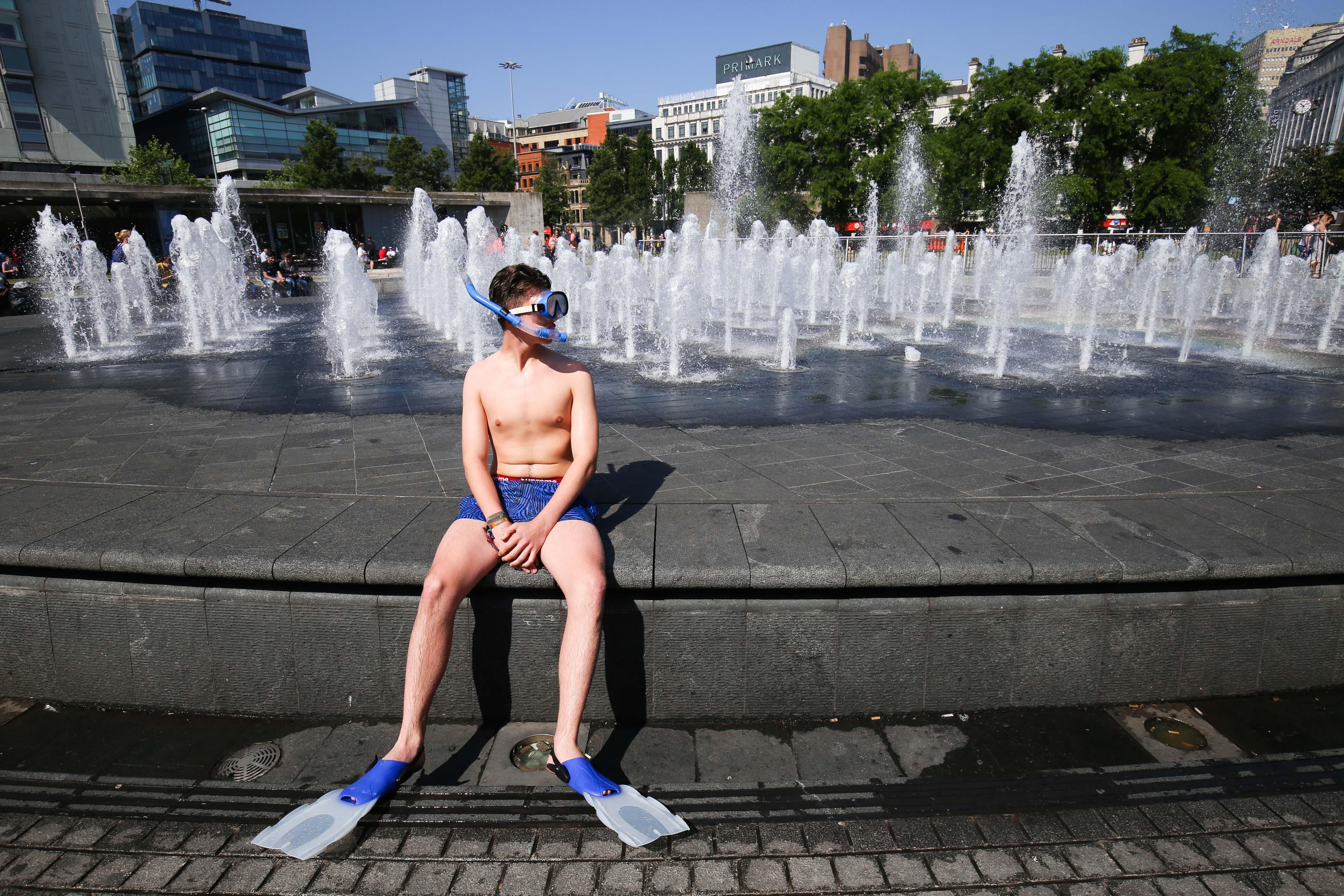 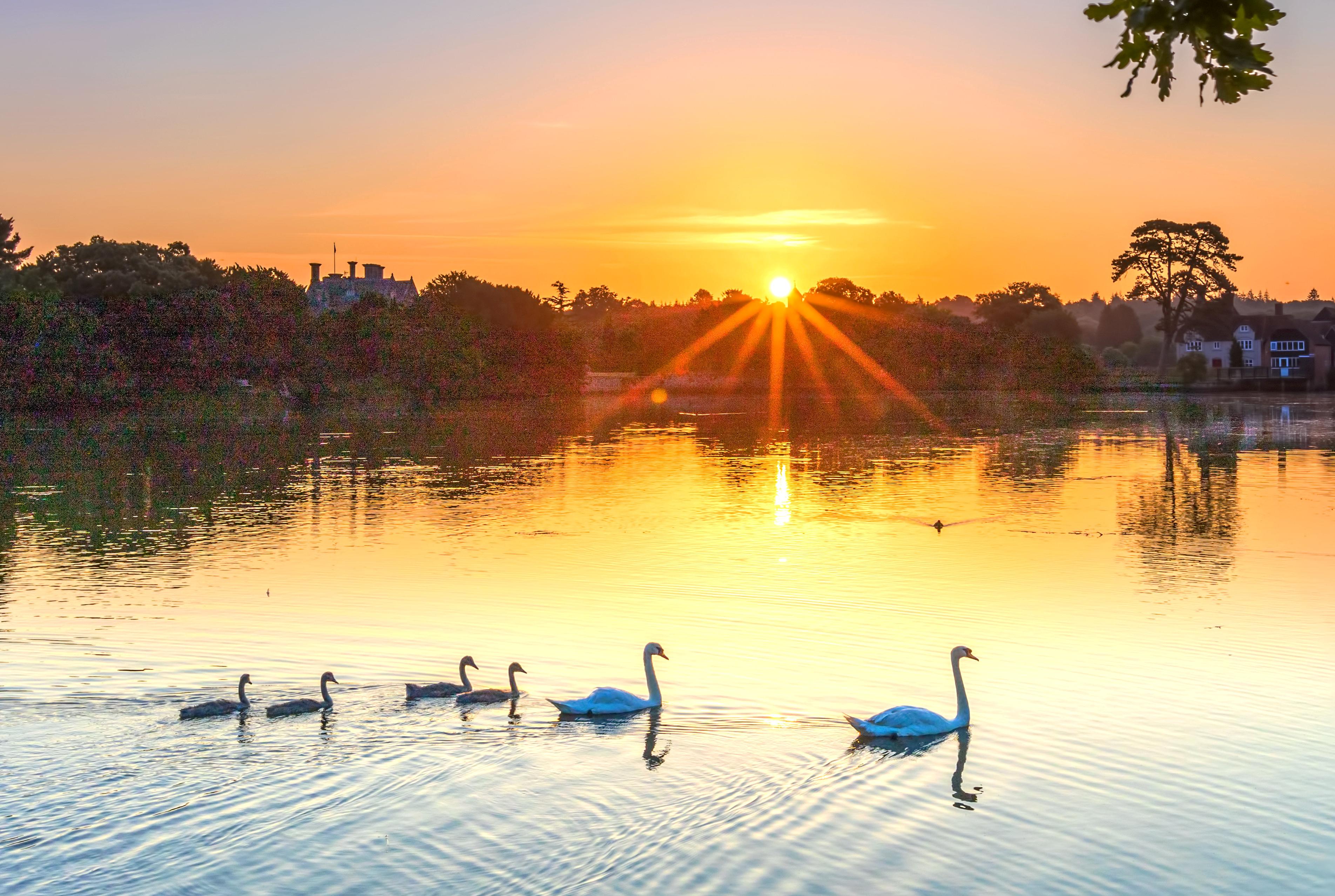 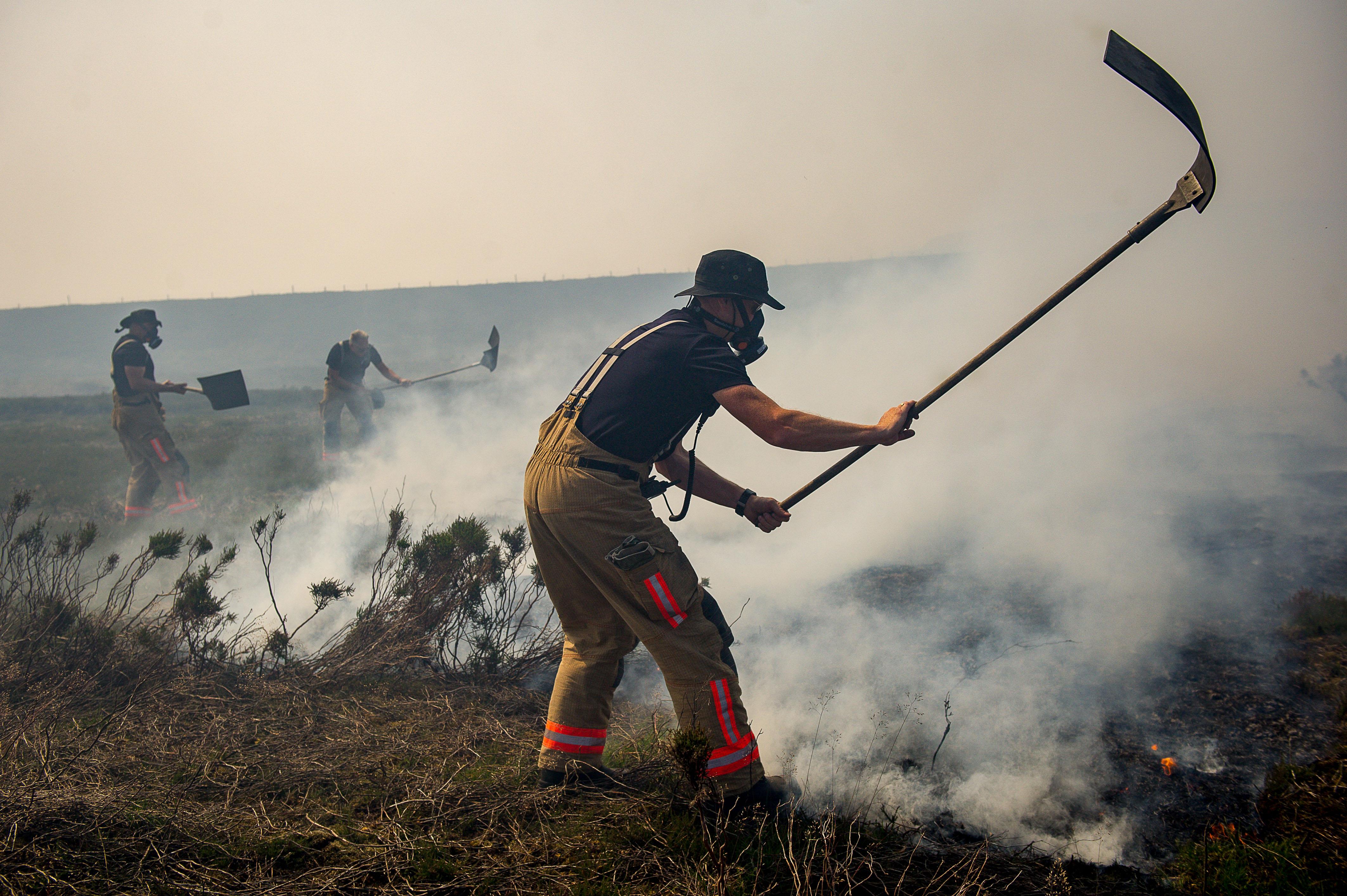 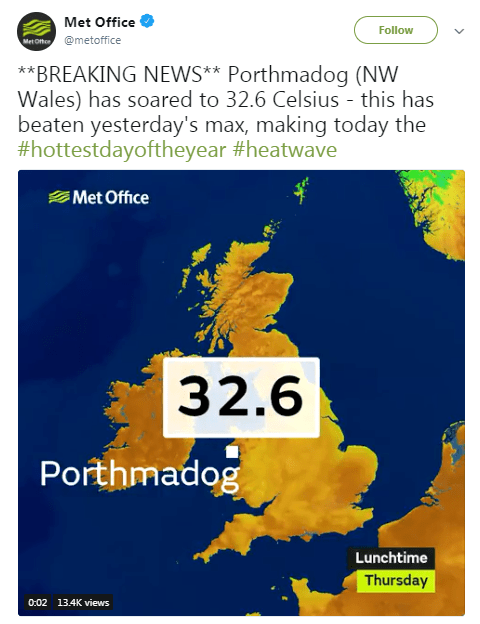 After a very dry month, there is still no rain on the horizon, particularly if the potential thunderstorms fail to materialise this weekend.

The heat has already claimed casualties – a 17-year-old boy was recovered from the River Aire in Leeds in the early hours of Wednesday morning following a search a rescue operation.

It is believed he got into difficulties while swimming on Tuesday evening.

Elsewhere the body of 13-year-old Ryan Evans who went missing on Monday after getting into difficulty in Westport Lake in Stoke-on-Trent was recovered from the water. 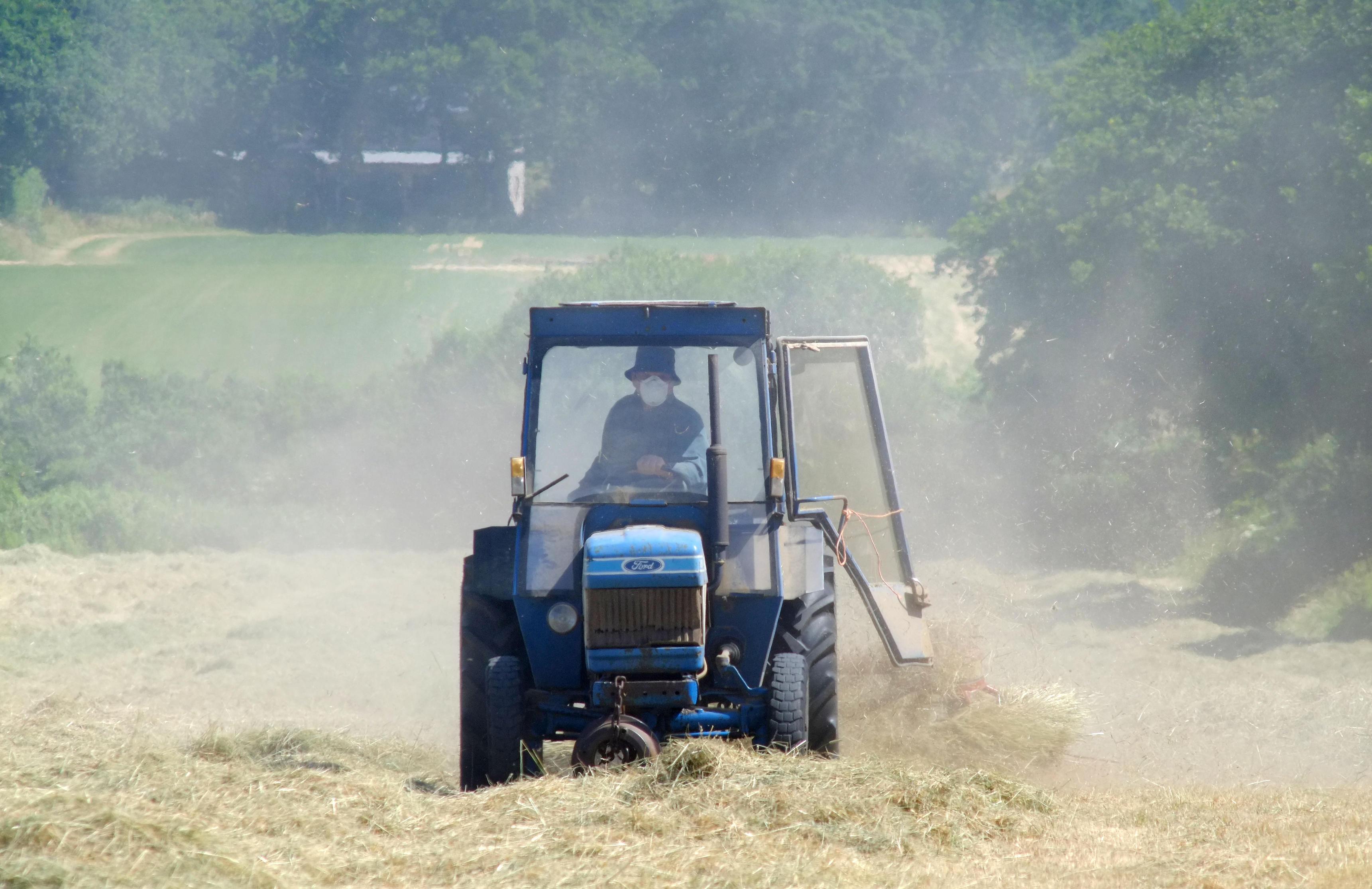 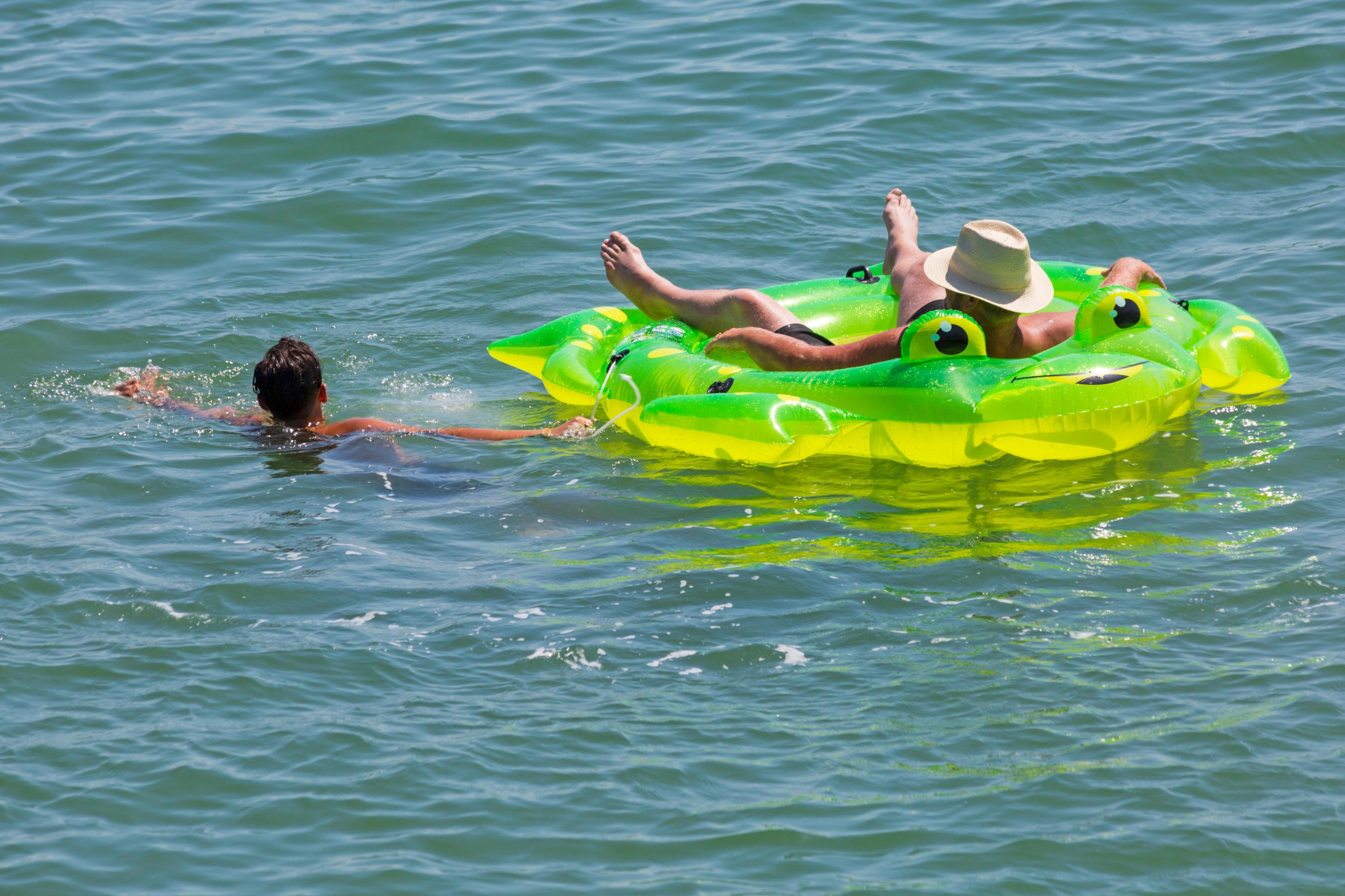 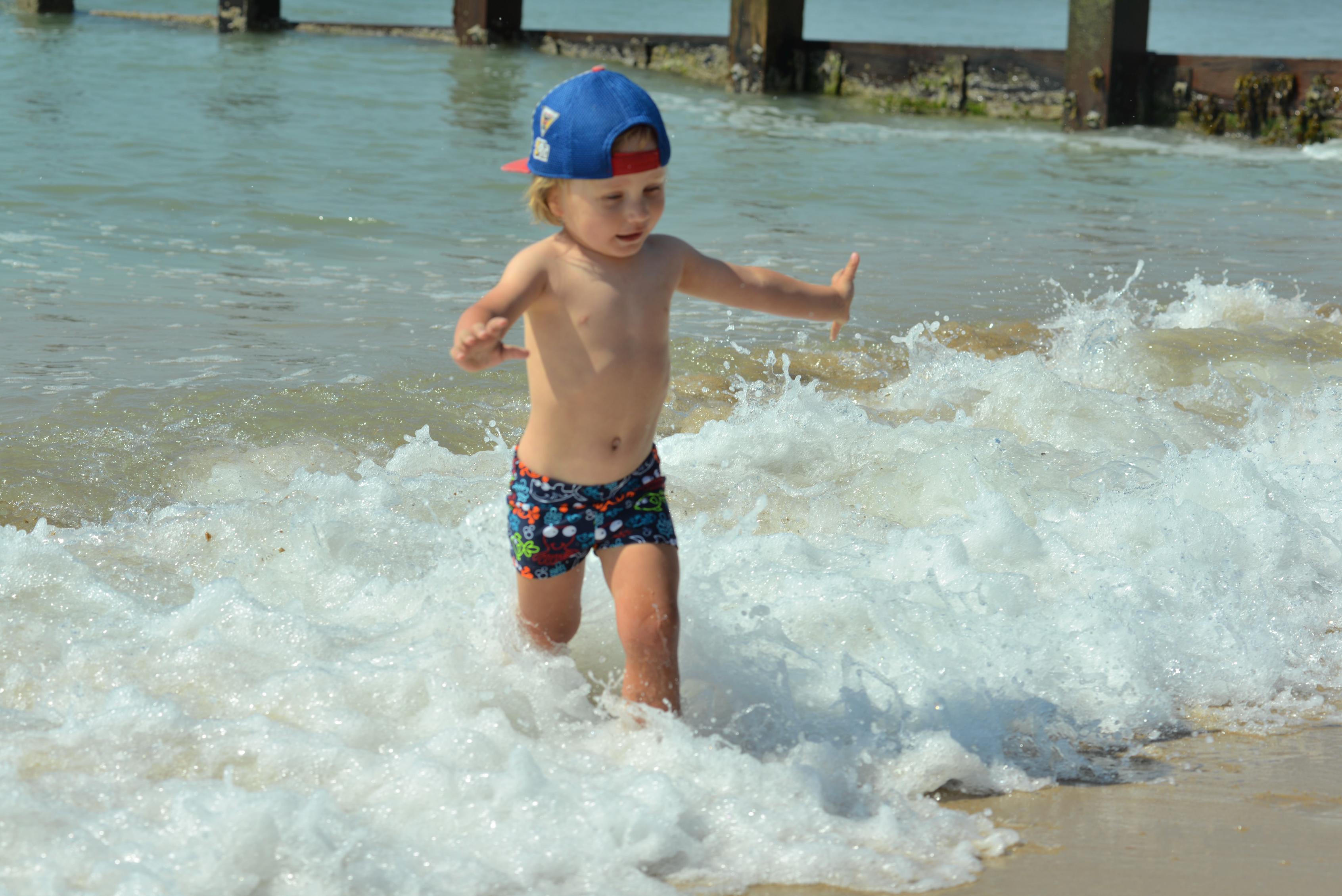 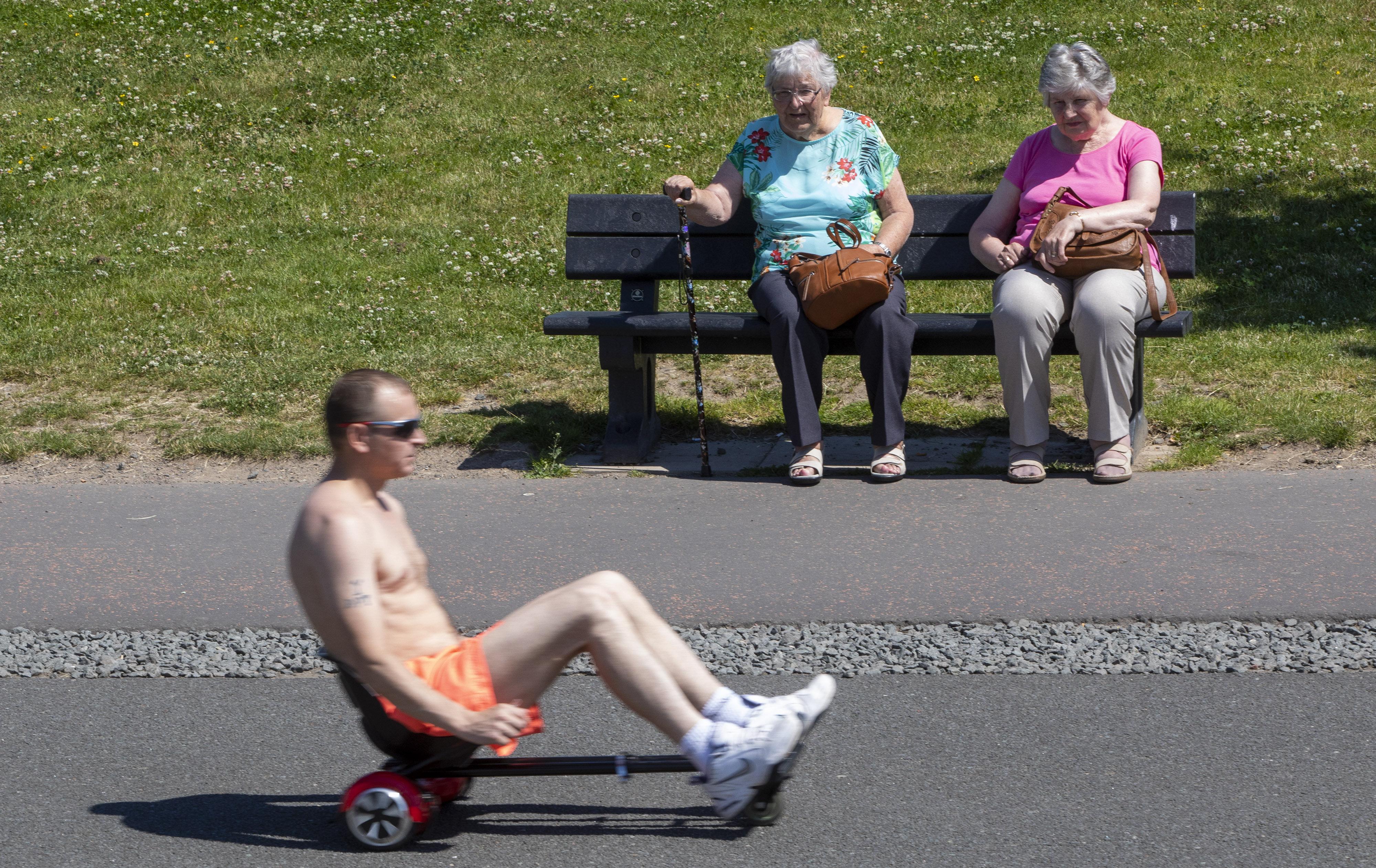 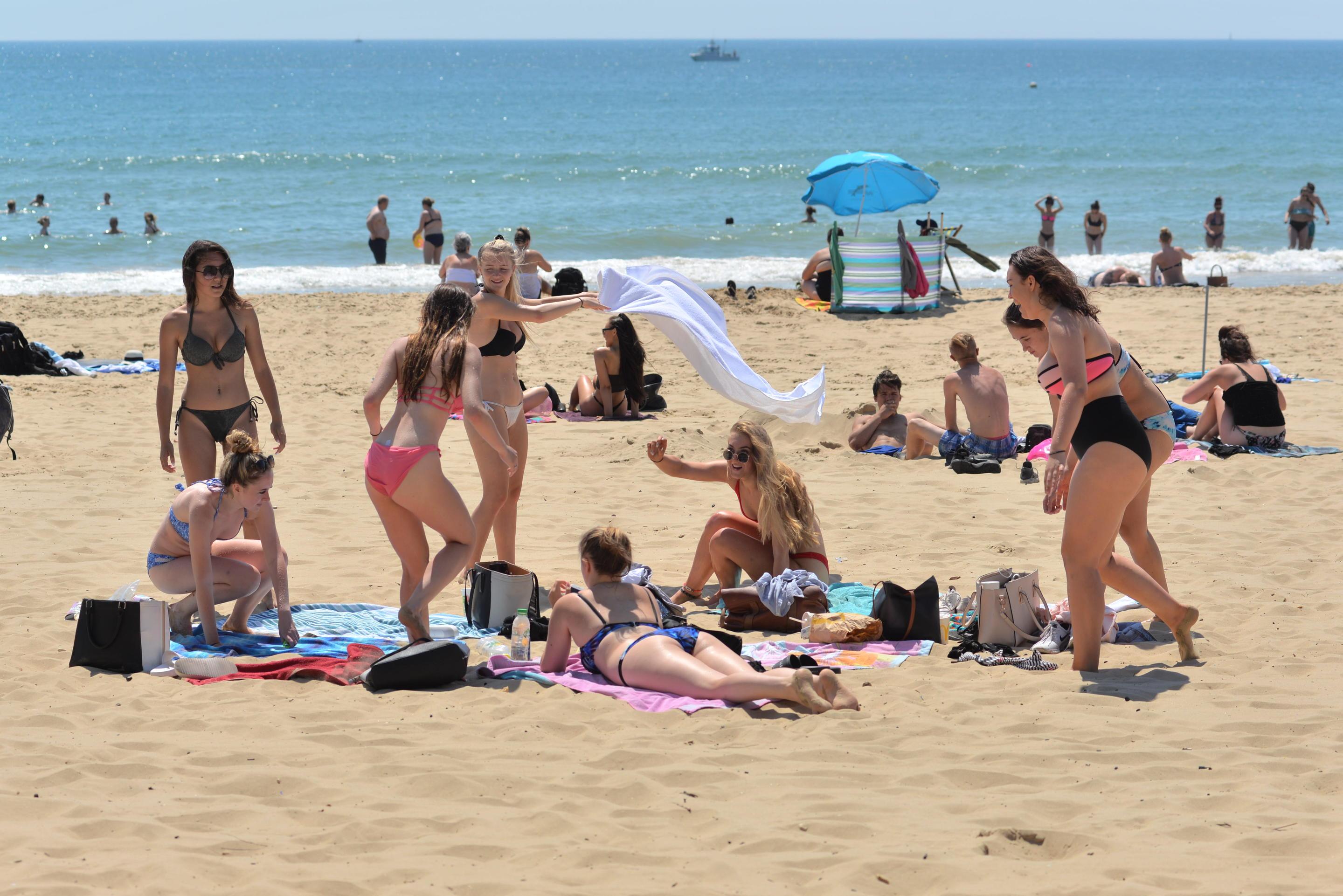 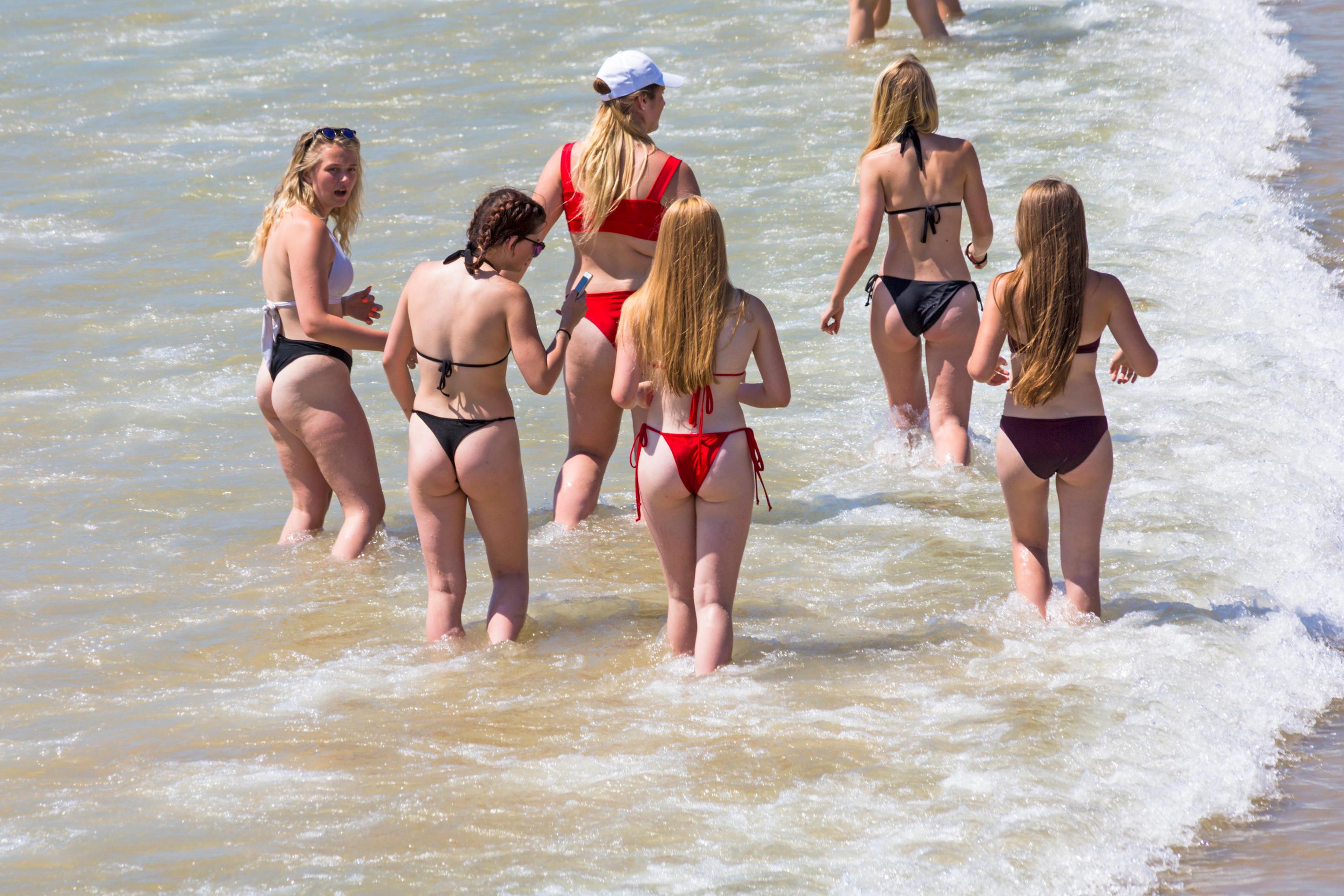 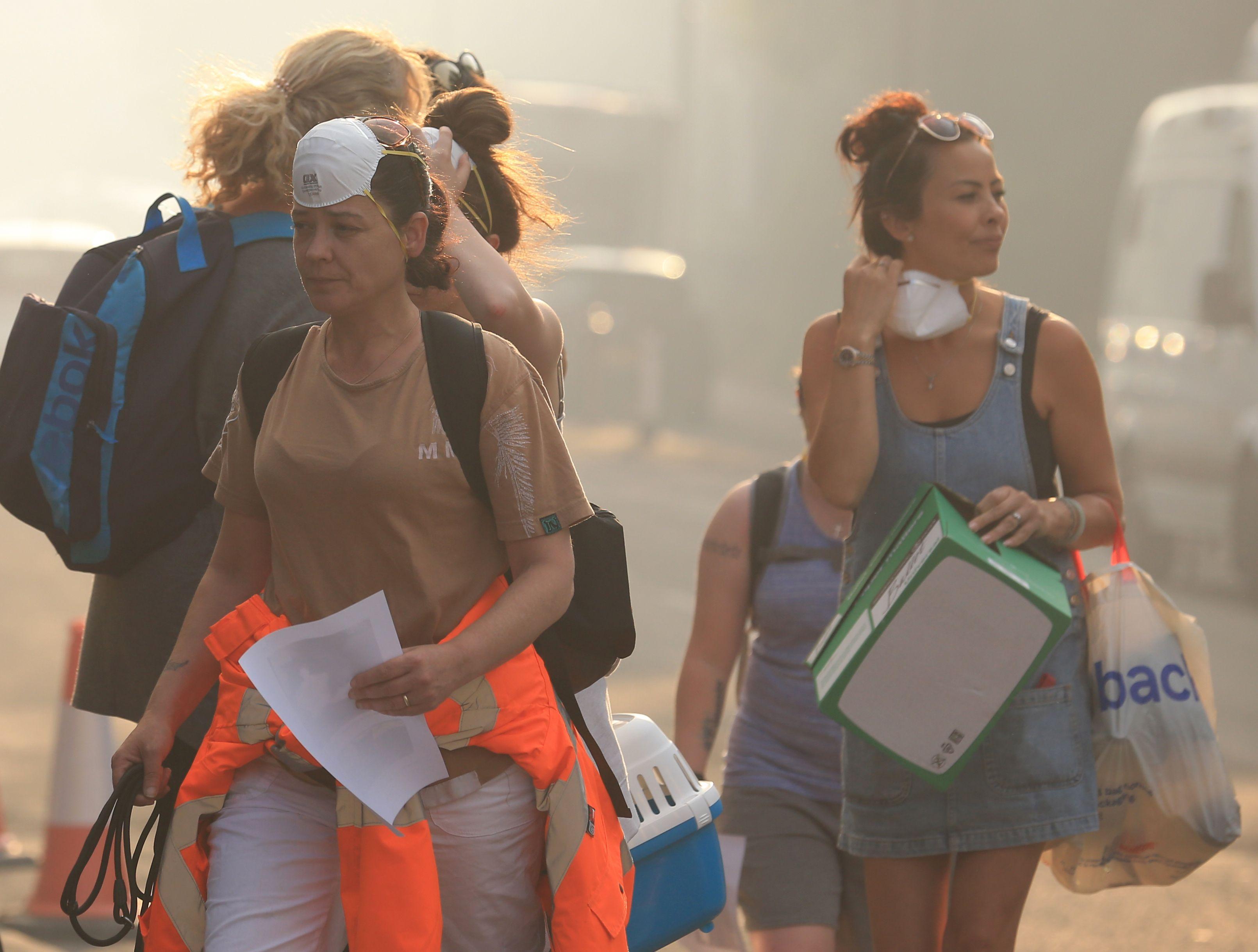 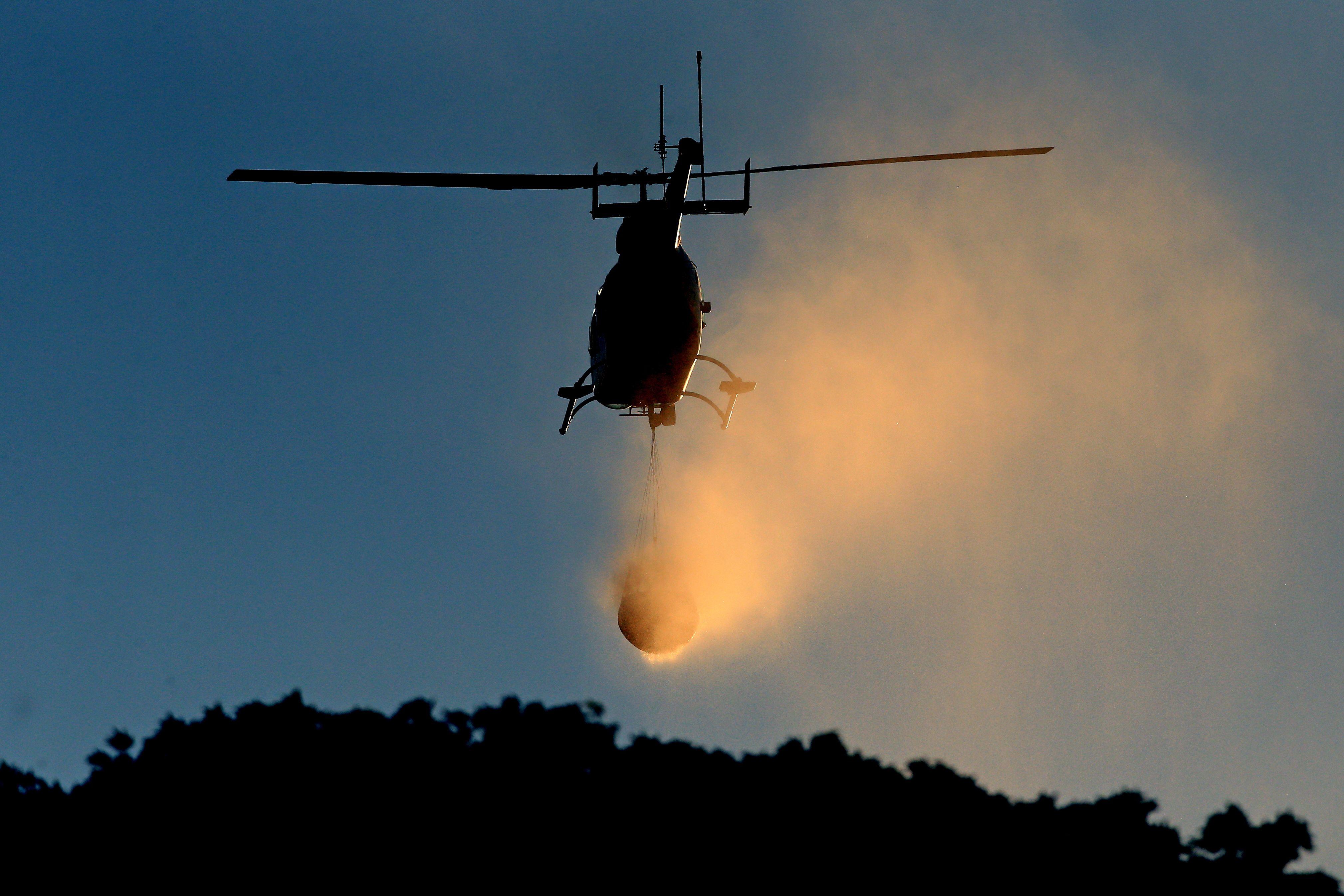 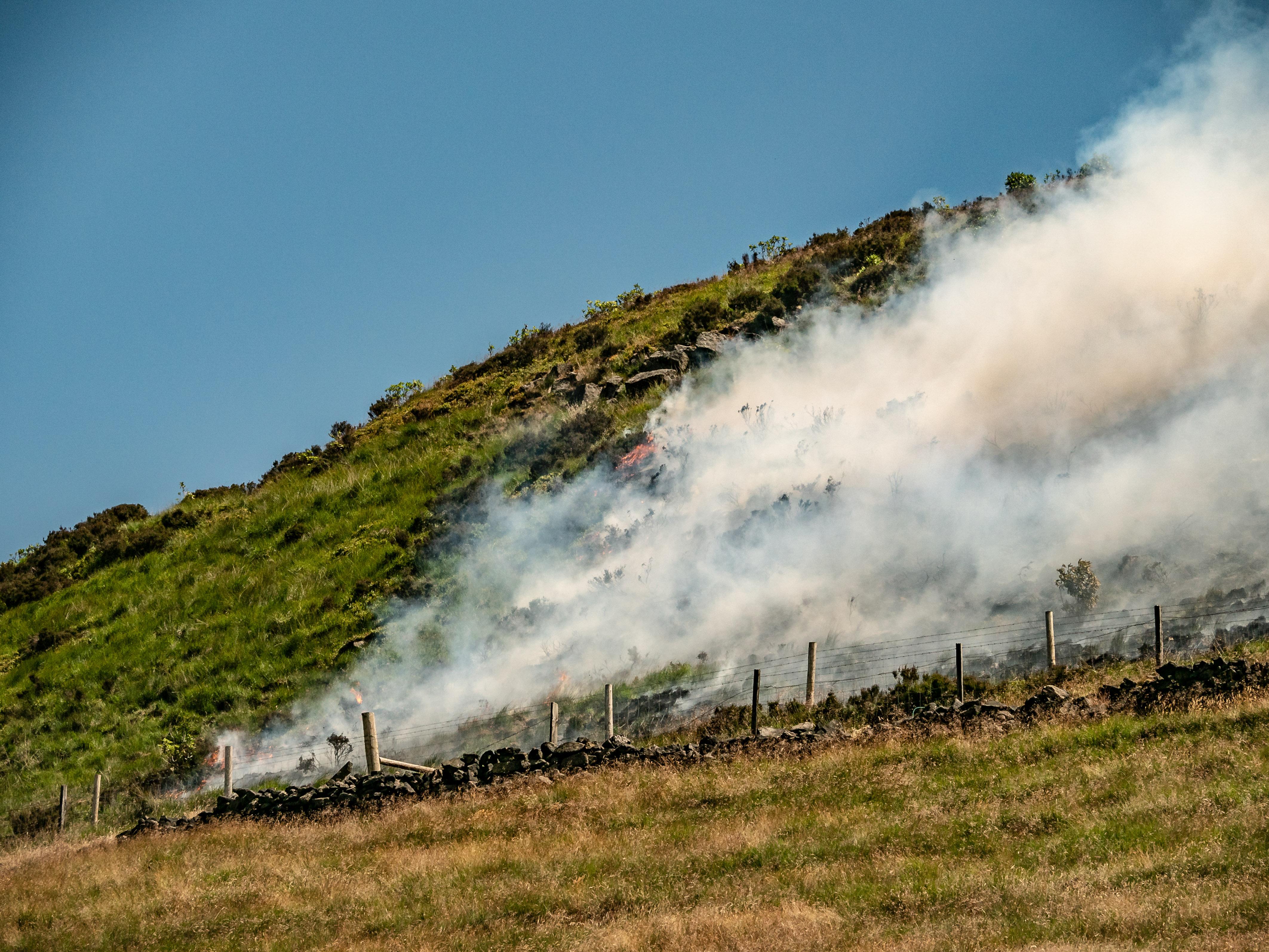 The body of 31-year-old Edward Savage was also pulled from the water at Mercer's Lake in Nutfield, Surrey, on Monday.

The heat has caused havoc for commuters after rail services imposed speed limits on trains due to overheating tracks caused by the steel on tracks to expand and sometimes buckle.

South Western Railway said temperatures were expected to reach 47C on many parts of its route this week.

Services on the London Waterloo to New Malden line are being subjected to speed restrictions from 11am each day until Friday to reduce the likelihood of buckling. 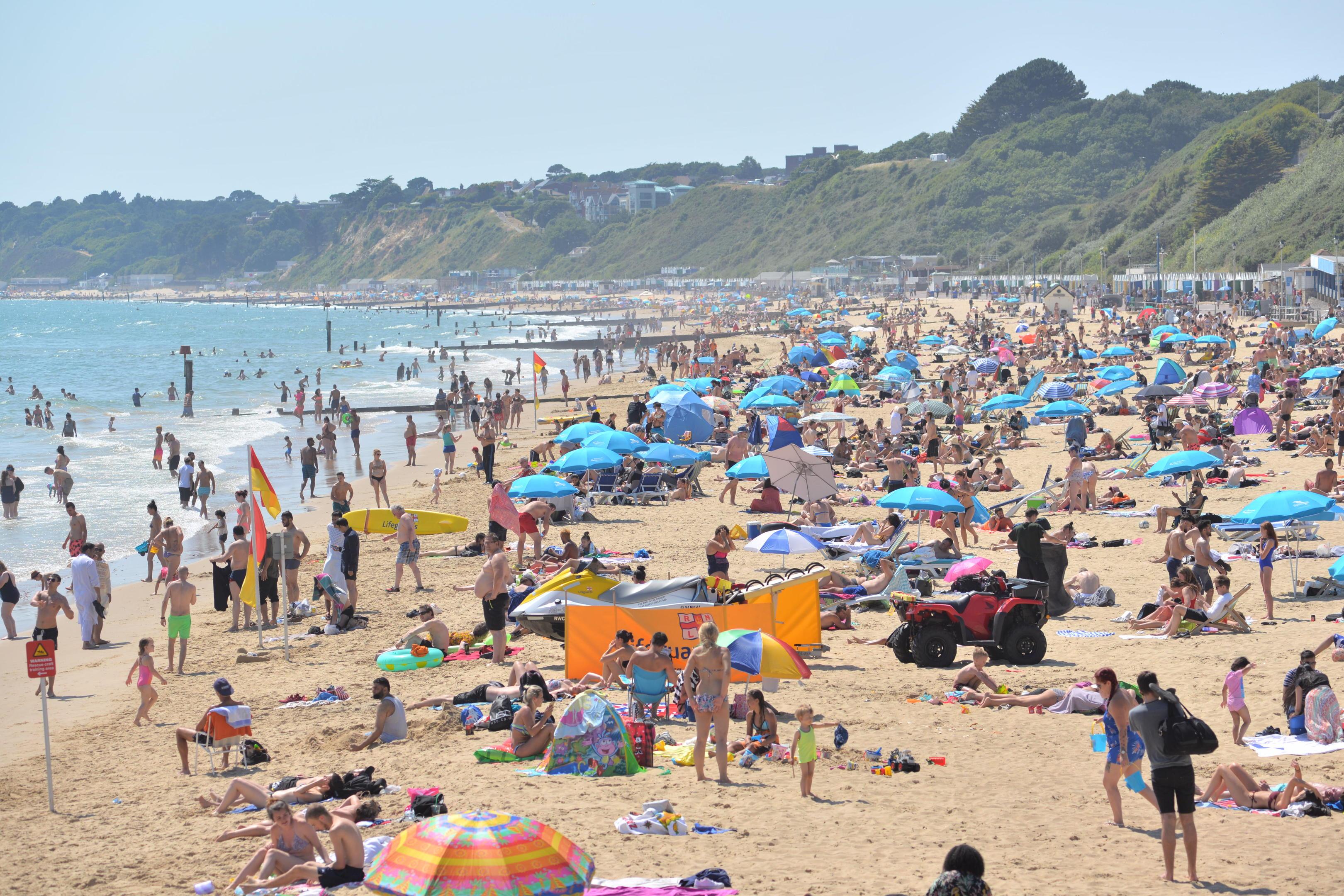 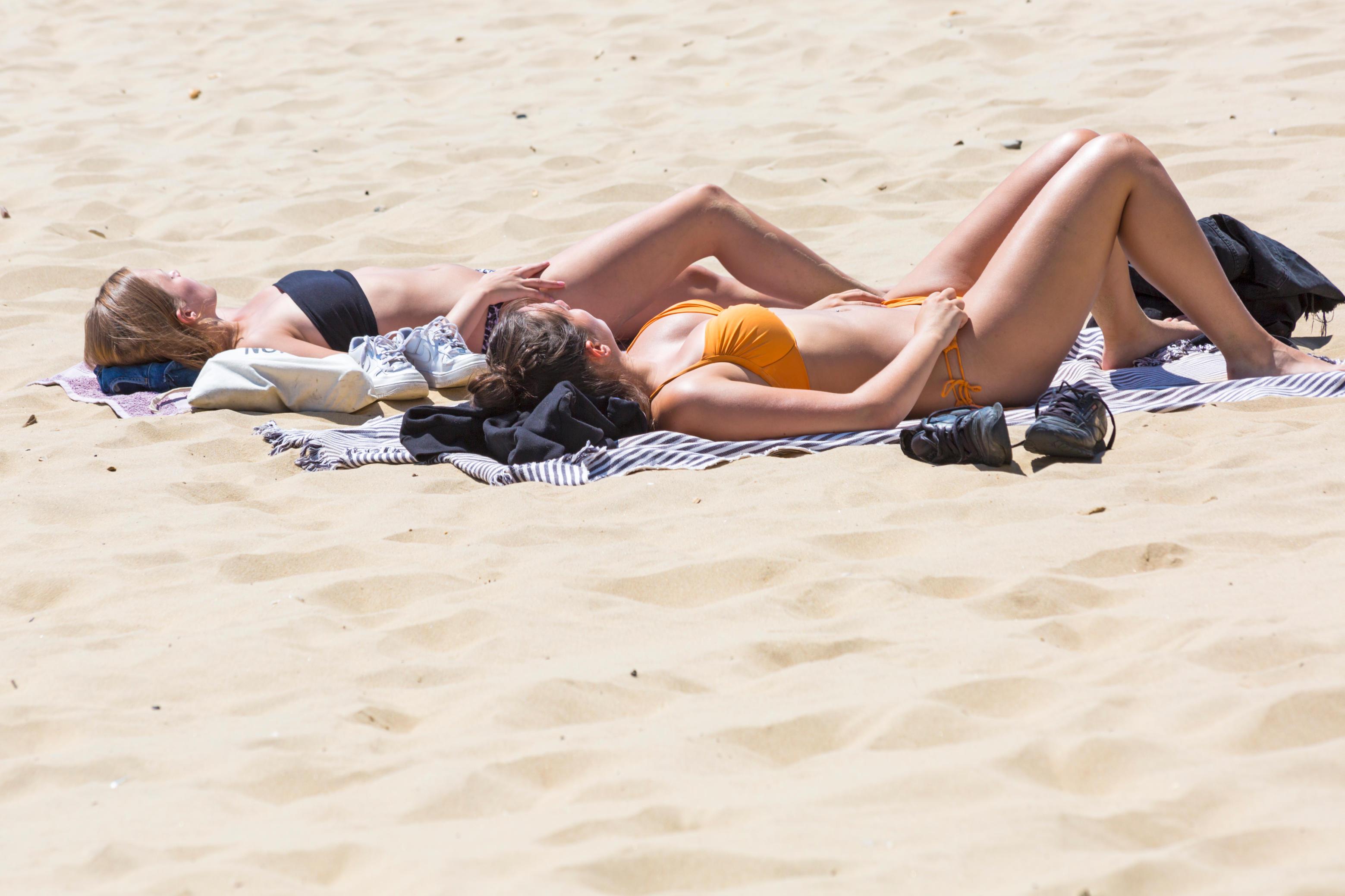 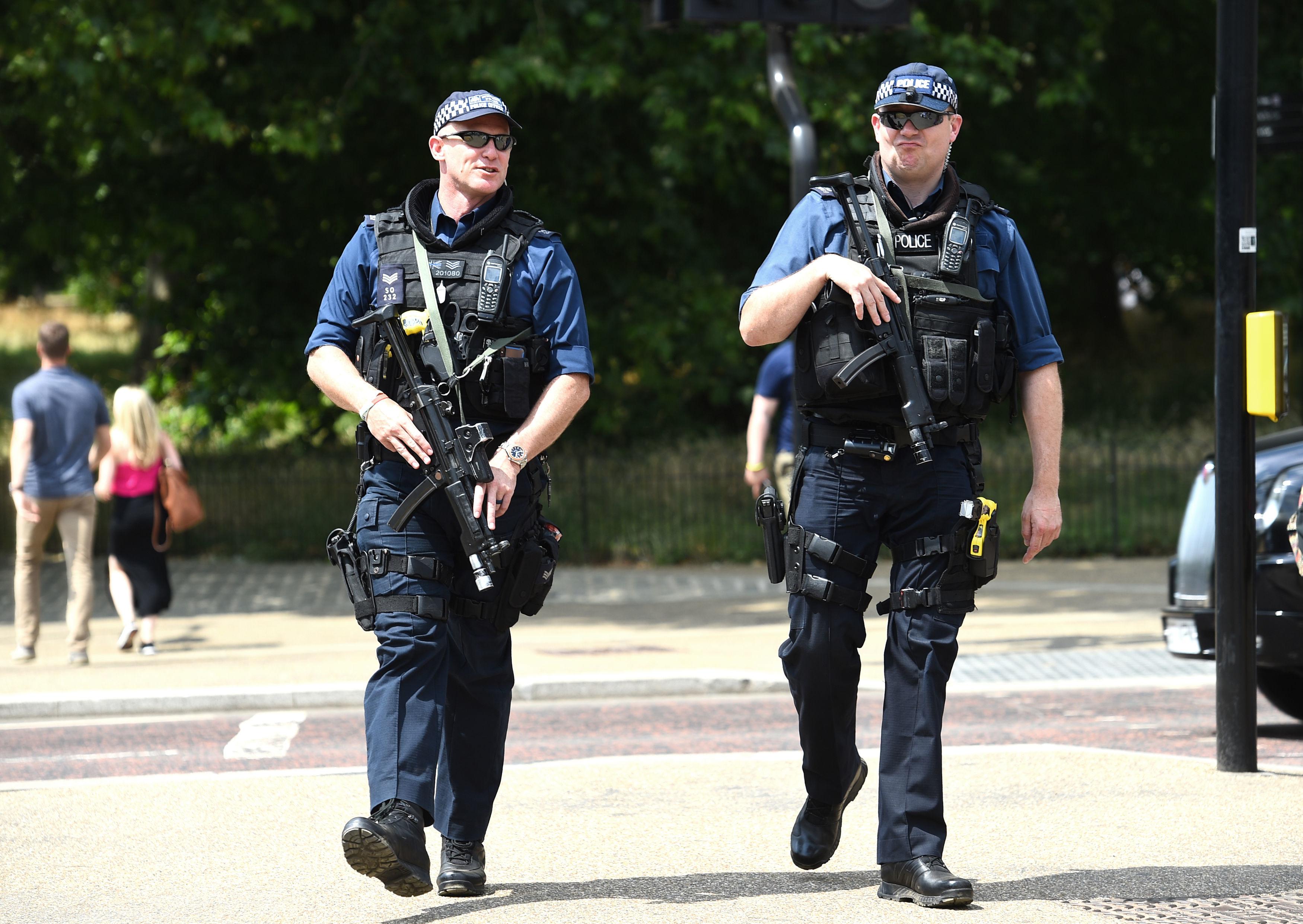 A spokesman for the Met Office said: "Over the next few days the high pressure will remain so there will be blue skies across the UK and that will last certainly into the weekend.

"We may see some thunderstorms on Sunday or Monday but nothing's certain.

"But we can expect these sorts of high temperatures to be reached certainly until Saturday."

The heatwave could even top a blistering 38C in the coming months, raising fears this summer could be even worse than the "Lucifer" heatwave last year.

The RSPCA also called on pet owners to keep a close eye on their animals in the heat after receiving 625 calls about animals in hot environments between June 11 and 24 – the majority about dogs in hot cars.

A spokeswoman said: "(We're receiving) almost two calls every hour, despite the charity's key advice being to call the police on 999 in the event of an emergency."

Public Health England has issued a warning saying the extreme heat may pose a risk to the most vulnerable.

And while the mercury continues to rise in the UK, England's World Cup team will also have to contend with the heat in Russia as they take on Belgium in the final group game.

The Met Office forecasts the temperature for Thursday's game at the Kaliningrad stadium to be 22C (71.6F).