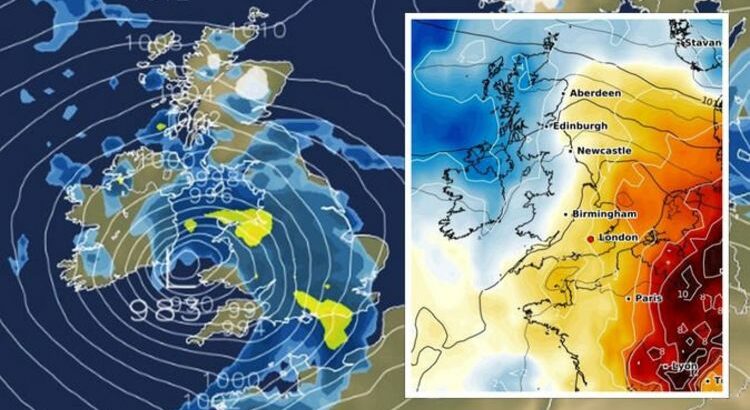 UK weather chart shows spike in temperatures in May

Forecasters have warned heavy rain and thunderstorms could crash across Britain this week as unsettled conditions strike the nation. And, conditions could get even worse this Bank Holiday Monday, with one forecaster pointing to a weather model showing a “nasty” system submerging the nation. But, according to the latest long-range weather charts, warmer air could soon sweep across Britain – causing thermometers to soar near 17C – during the second week of May.

Brian Gaze of The Weather Outlook warned of the “disturbance” for Bank Holiday Monday.

Alongside his tweet, the forecaster posted a weather chart showing much of England, Wales and parts of Scotland covered by rain.

Looking towards the rest of this week on The Weather Outlook website, Brian Gaze said: “During Thursday and Friday showers affect central and northern regions.

“In the north, they continue to have a wintry flavour. The south may have an odd shower but it should be mainly dry. 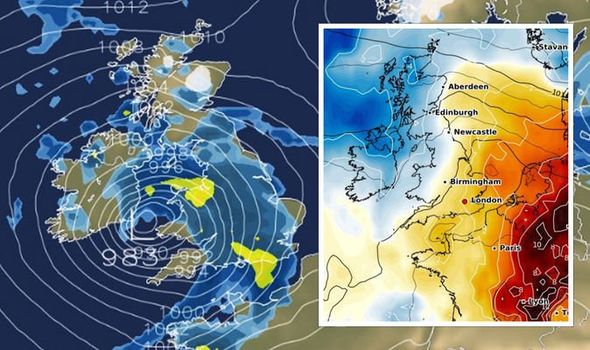 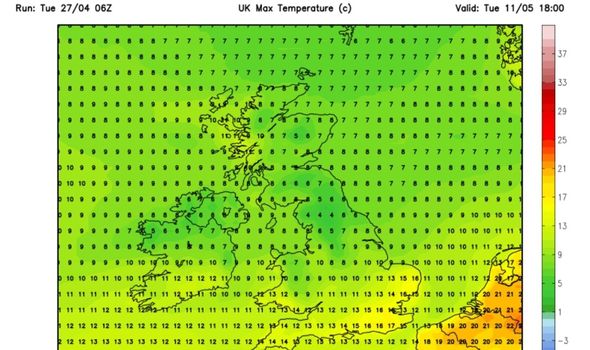 “There is likely to be a lot of cloud and that holds daytime temperatures down.

“In much of the country, it is expected to feel notably cold for the time of year.

”The chilly theme continues this weekend. All of the UK could see showers and some of them may be heavy.

“Temperatures stay below the average for the time of year and night frosts continue to be a threat.”

He added: “Forecast details for Bank Holiday Monday are uncertain. Some computer models are suggesting the possibility of longer spells of rain pushing in from the west.” 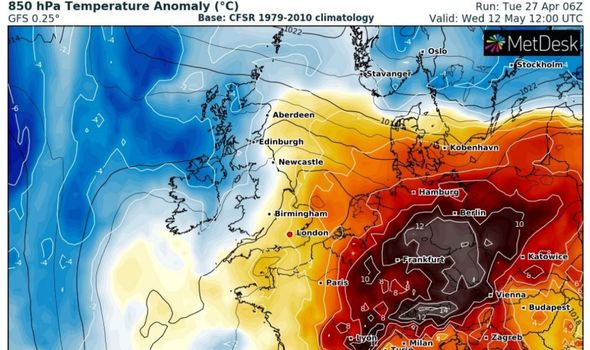 The Met Office also warned of more changeable conditions moving in as the weekend nears.

They said that central and southern England may see more persistent rainfall on Wednesday and Thursday.

Met Office Chief Operational Meteorologist Steven Ramsdale added the “weather heading into the bank holiday weekend is going to be a little more unsettled than we’ve seen in recent days”.

He added: “There will be rain or showers at times for many, which is likely to be welcomed by many farmers and gardeners after a dry April so far”. 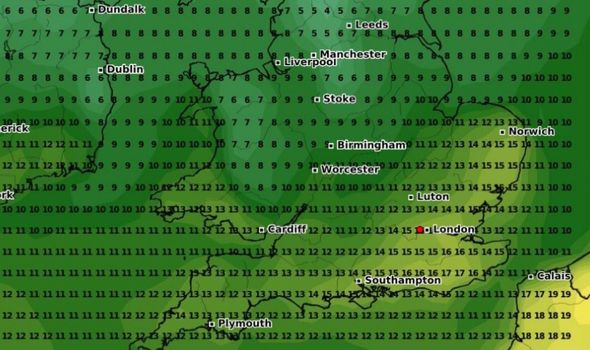 But, conditions could pick up during the second week of May according to the latest long-range weather charts.

Temperature anomaly charts by WXCharts show warmer air moving across parts of Spain and France towards central Europe as heat also appears to grip the south of Britain between Monday May 10 and Wednesday May 12.

Maximum temperature charts on Wednesday May 12 also show thermometers hitting 17C in the southeast corner of Britain, but colder further north across Britain.

BBC Weather has said this period is likely to be dominated by the “position of the sub-tropical high”. 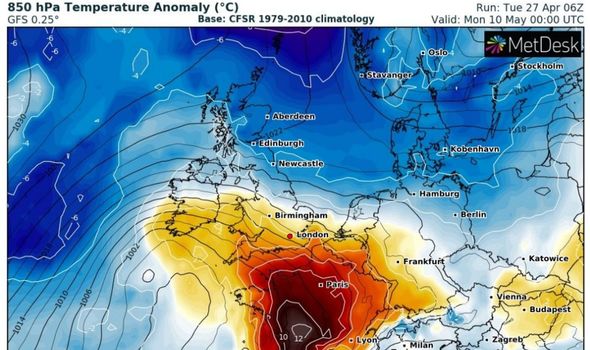 They said: “The high is likely to gradually slide eastwards into continental Europe and will continue to bring a lot of dry weather, which is expected to linger through the second week of May.

“Temperatures should moderate and tend to be near or above average with some sunny afternoons as the Jet Stream pushes north”.

BBC Weather’s long-range outlook suggests thermometers in London could also hit 17C on both Saturday, May 8 and Sunday, May 9.