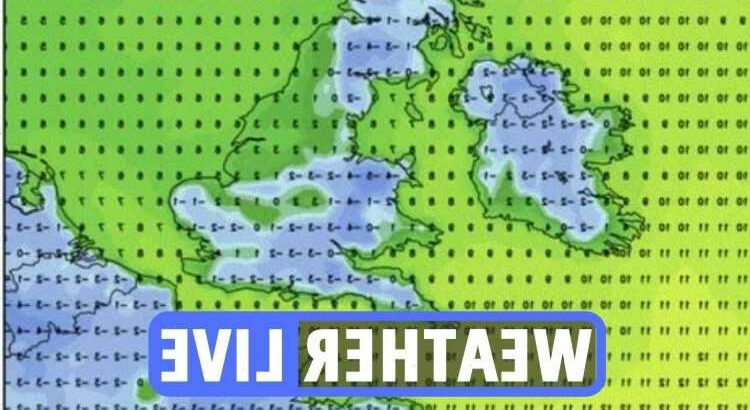 BRITS set to face freezing temperatures with a “beast from the east” Arctic blast.

Polar winds are currently causing icy temperatures across Eastern Europe, and as BBC weather forecaster Chris Fawkes says: “Looking at the weather charts for next week and the area of high pressure starts to slip across Scandinavia and into west Russia.

“What happens is that we start to develop easterly winds so the should be a fair amount of dry weather and sunshine but cold winds will develop as the week goes by.”

The Met Office has also warned that moving into tomorrow morning, there is a chance of frost with “patchy freezing fog by dawn”.

Snow has also been predicted in Scotland, with chances of up to 10cm falling Thursday night into Friday.

There have been reports of a “snow bomb” hitting the UK next week, as the Met Office predicts snow arriving on our shores from the west.

Read our weather live blog for the latest news and forecasts…