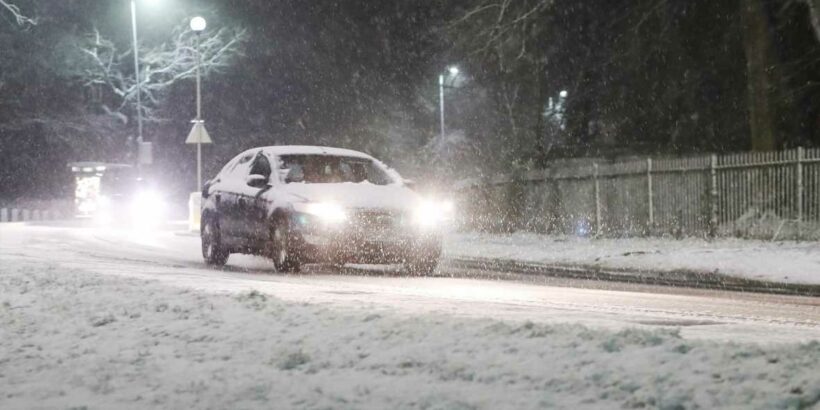 TRAVEL chaos is set to hit today as snow blankets parts of Britain during a freezing -10 Arctic blast.

And it's only the beginning – with more warnings already placed over parts of the UK for this week. 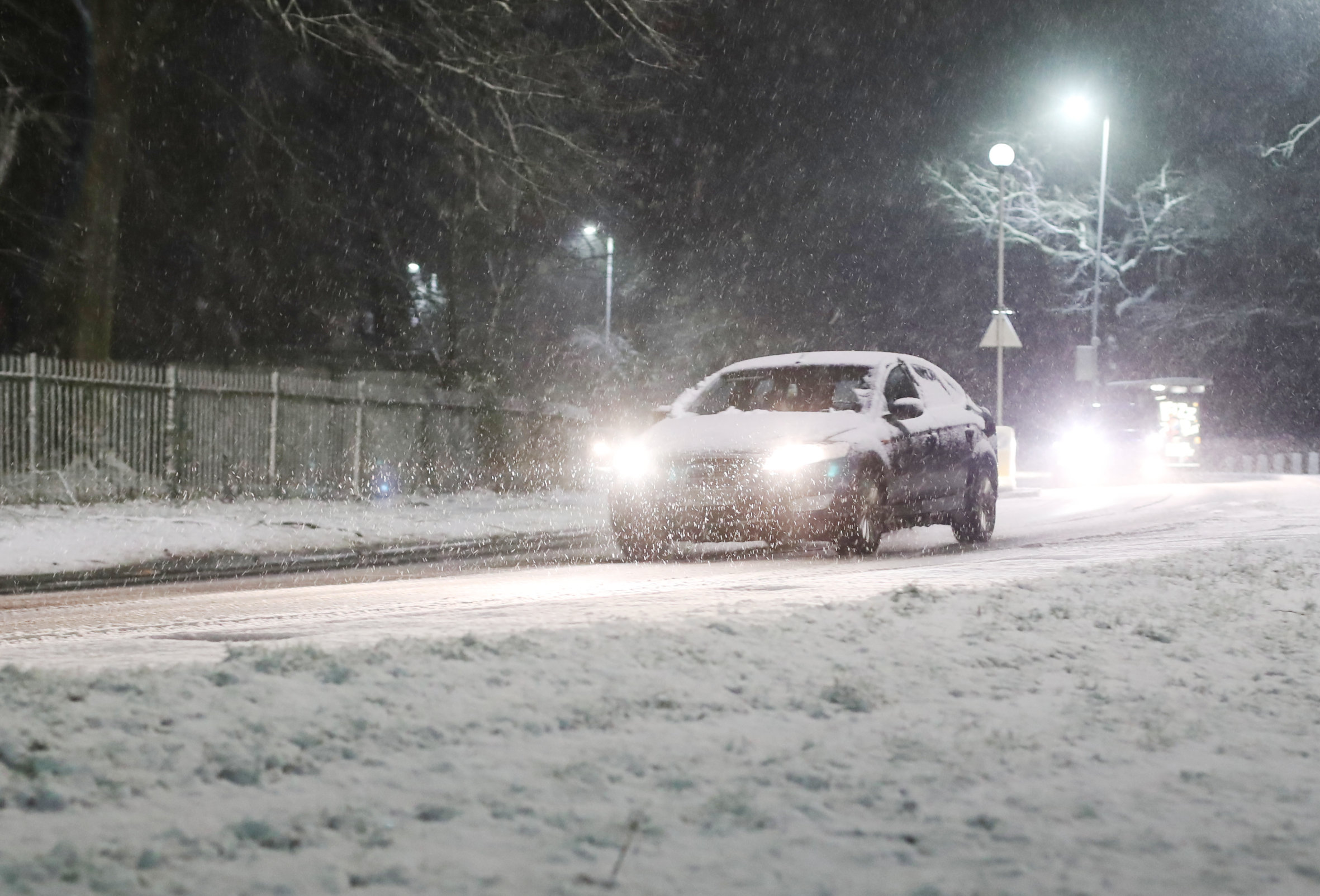 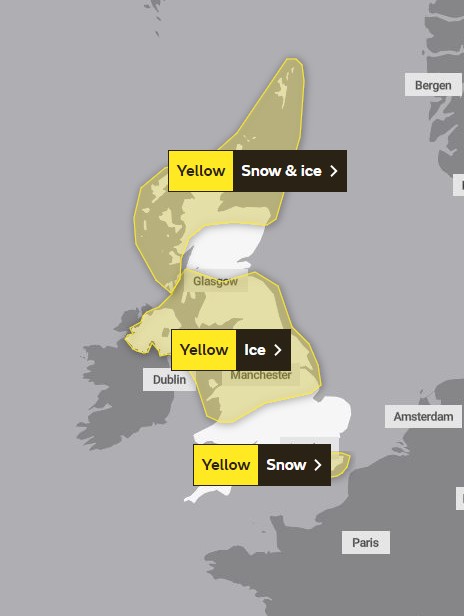 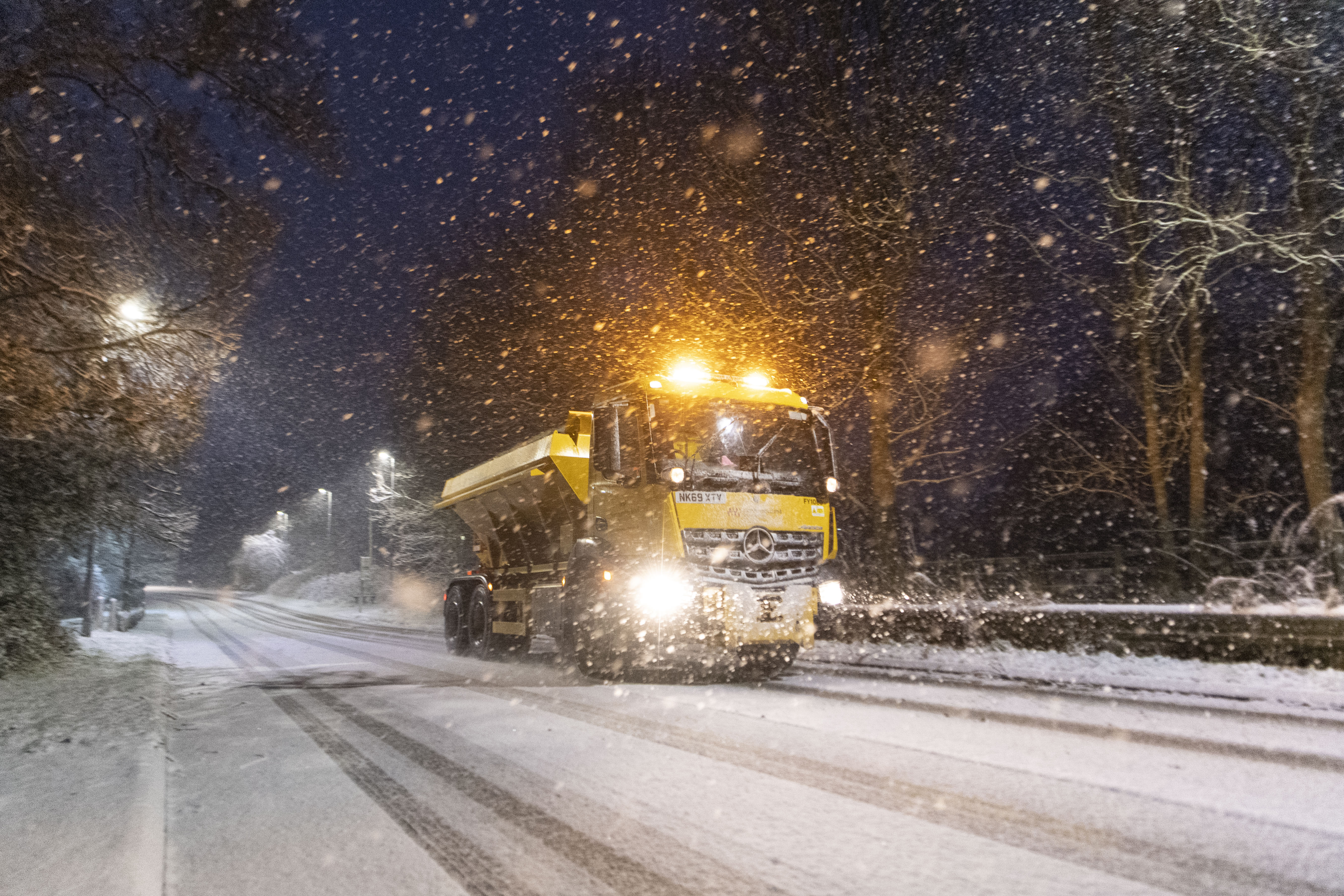 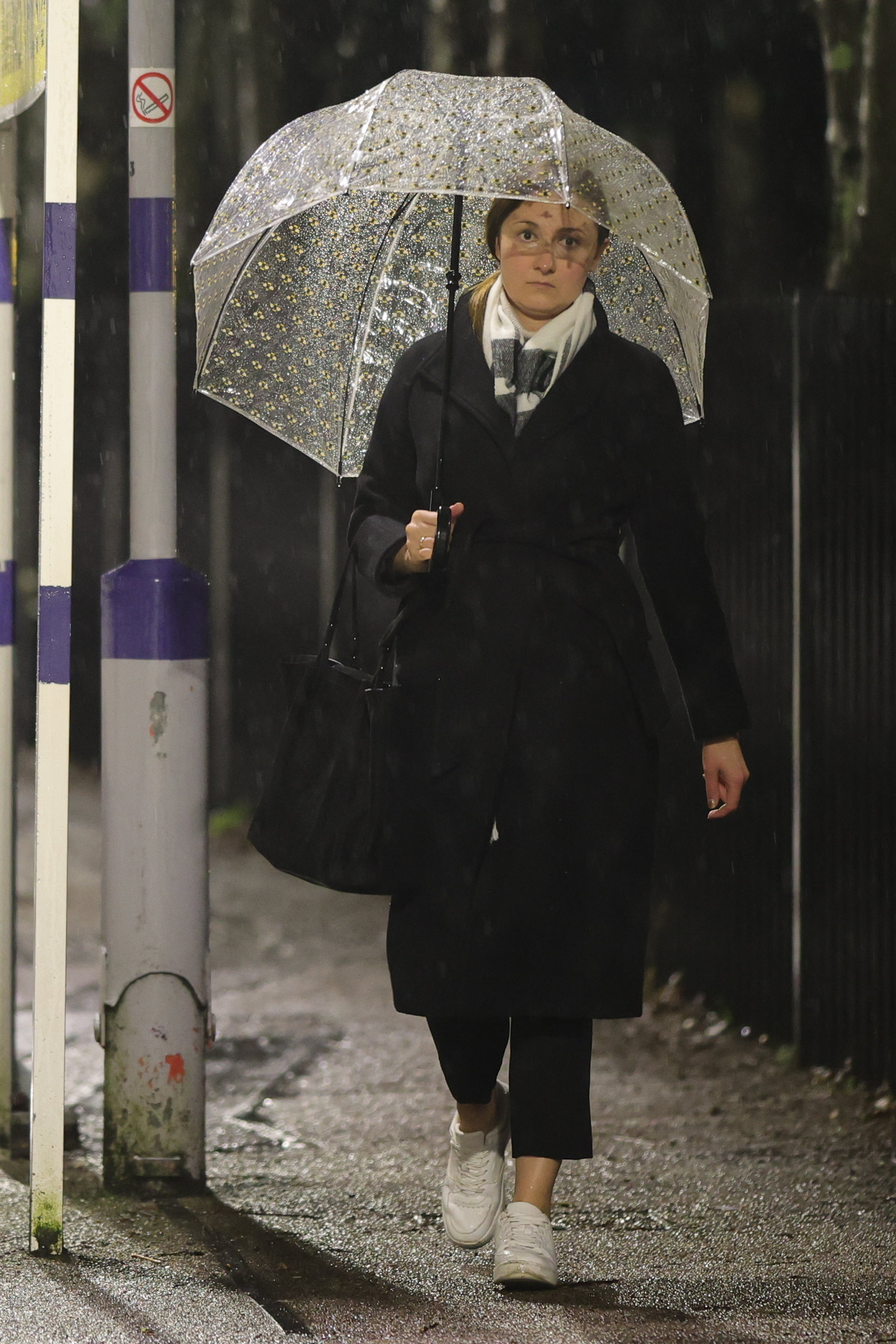 Snow started falling across the country overnight, with Brits waking to their cars and roads already covered.

The Met Office has said overnight sleet will leave behind slippery surfaces which could cause "injuries from slips and falls" and" icy patches on some untreated roads, pavements and cycle paths".

It comes after the forecaster placed yellow ice and snow warnings over much of the UK. 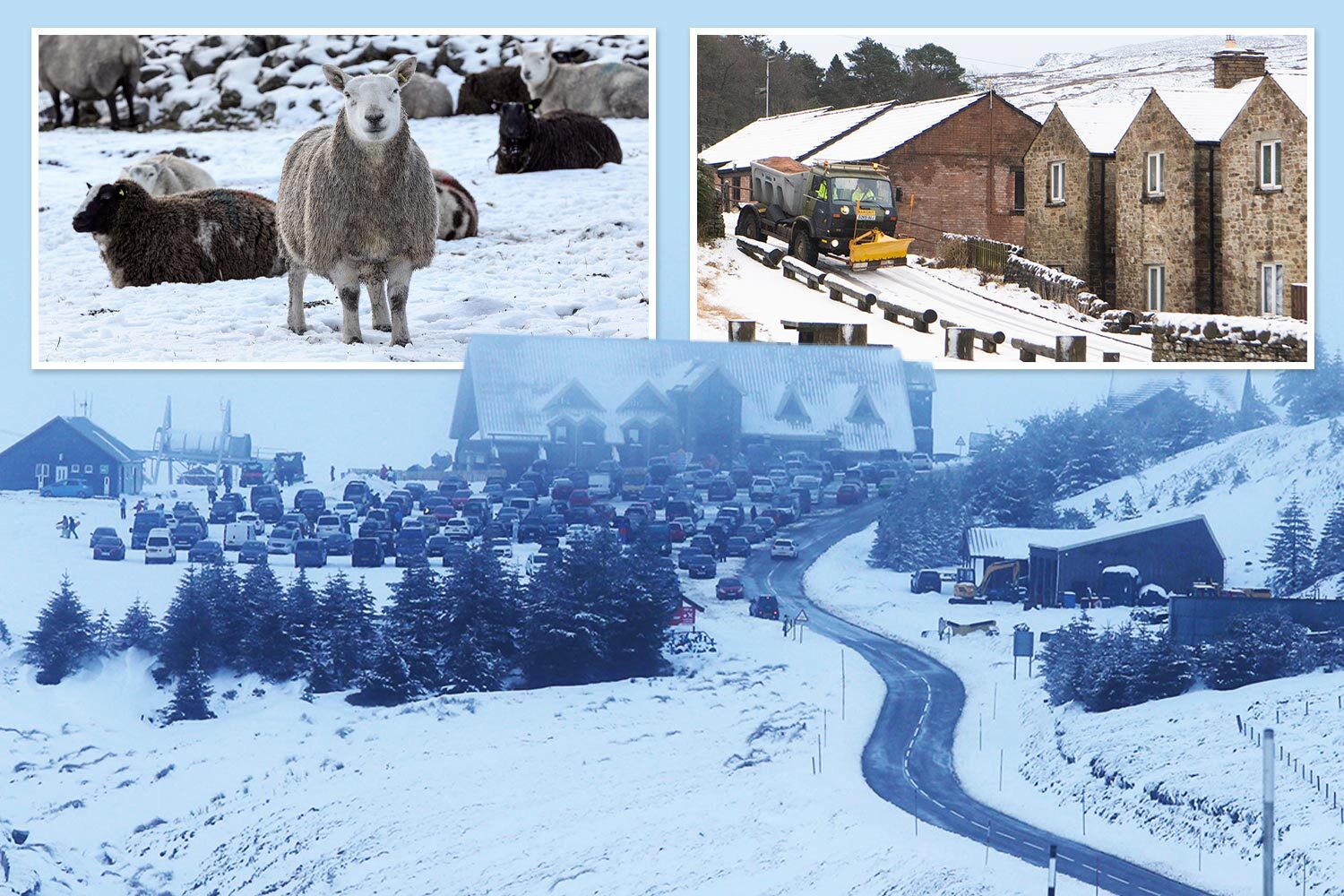 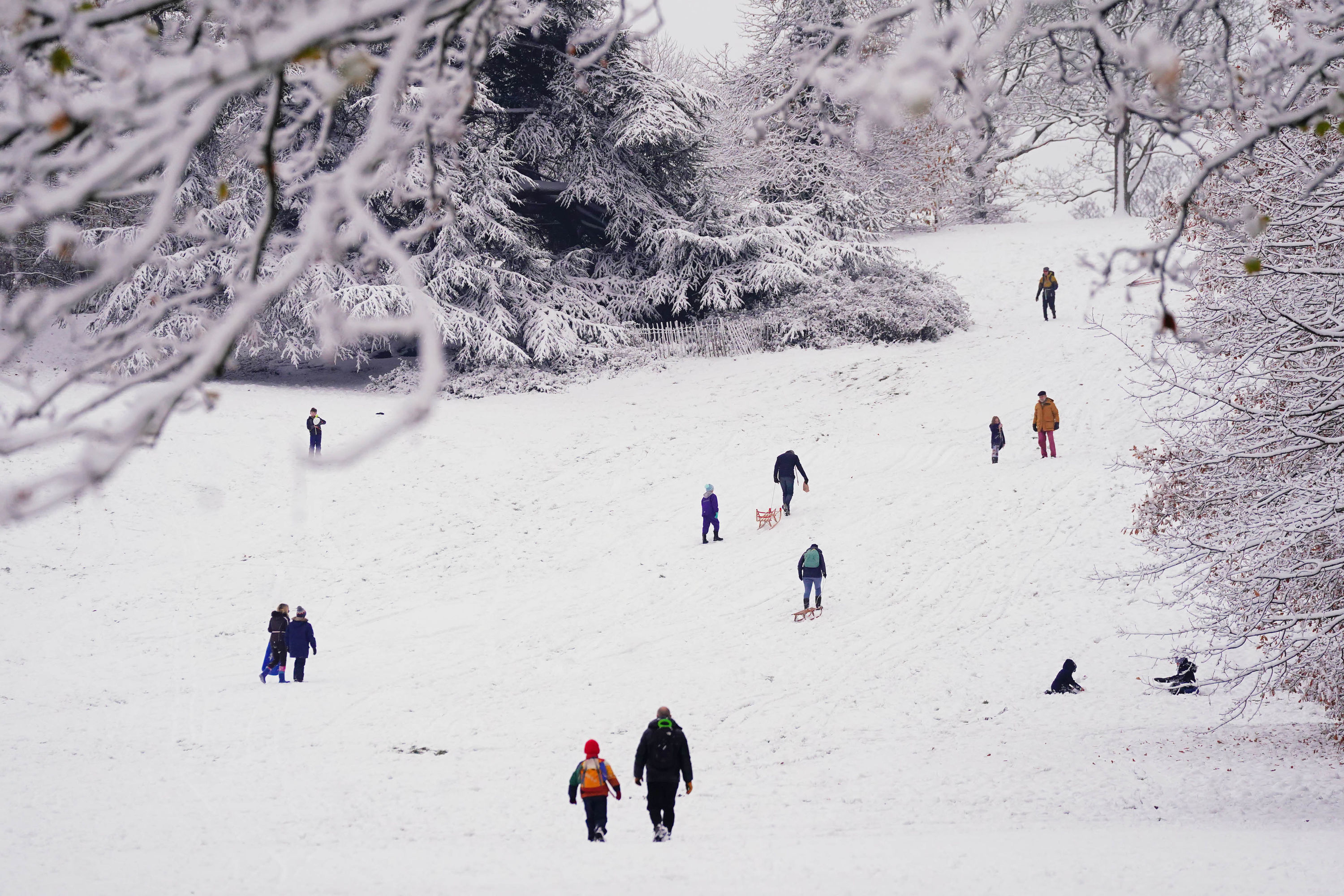 Meteorologists issued snow warnings for Brighton, Chichester, Canterbury and Dover between 2am and 8am this morning.

Scotland should brace for snow and ice with a yellow weather warning also issued for the south.

Forecasters have also said the weather is expected to cause travel chaos throughout. 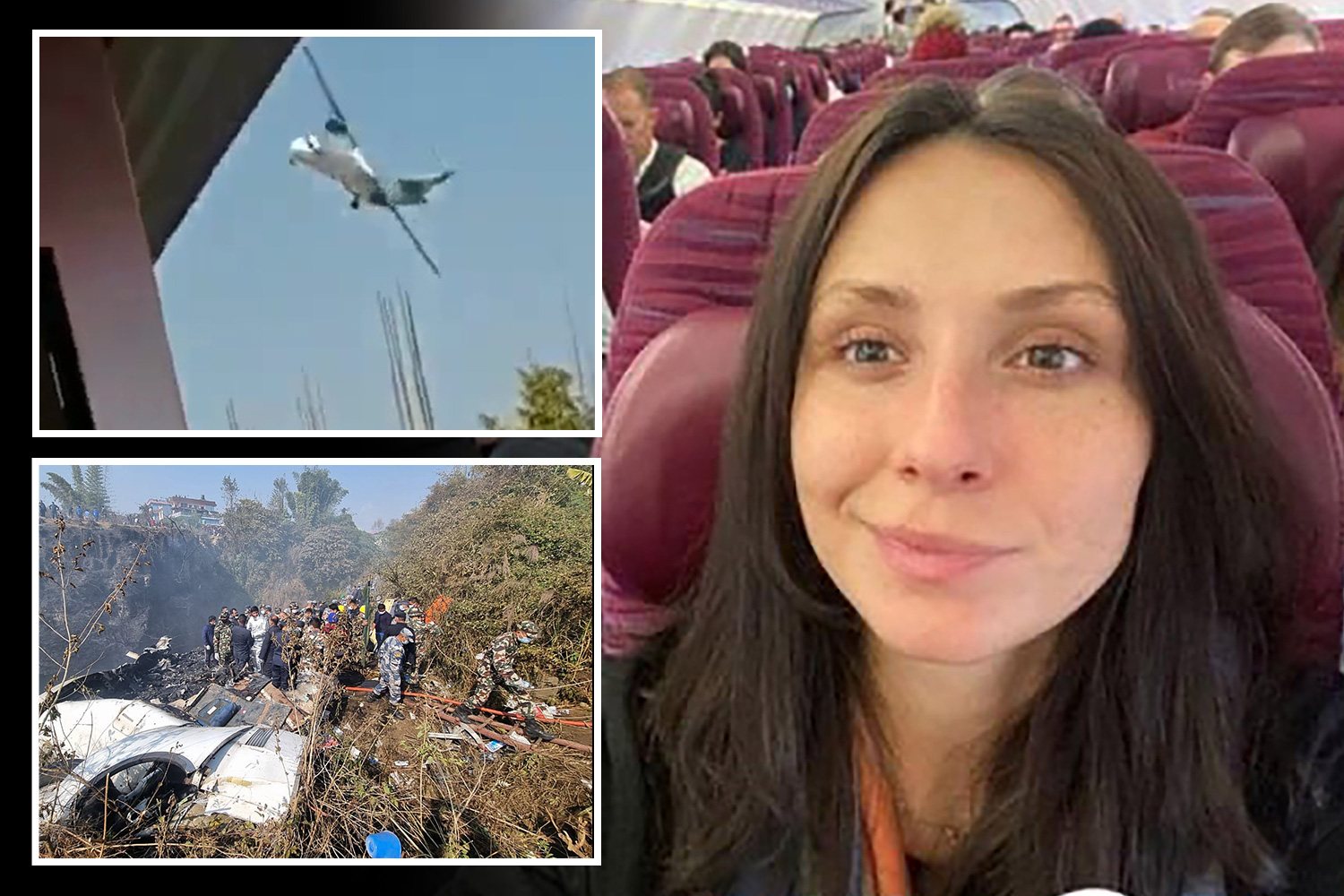 They said commuters should be prepared for disruption to plans with delayed or cancelled rail and air travel.

The weather experts had predicted the icy conditions would start hitting across the UK from last night.

The mercury is set to fall as low as -2C in London, while temperatures could dip to -1C in Cardiff.

Edinburgh and Belfast residents are expected to feel the brunt of -3C conditions, while parts of the Scottish Highlands are set to see -10C.

Temperatures are also set to dip to -4C tomorrow in Kendal, Cumbria, and Dumfries in Scotland, Met Office maps show.

Scotland's yellow snow and ice warning is in place for almost three days after starting at 2pm yesterday and running until 10am on Wednesday.

The meteorologists' five-day forecast suggests the weather will be "turning colder with increasingly wintry showers from the north".

It expects further snow showers to fall in the north tonight with a widespread frost.

And from tomorrow it will be cold, particularly in the north, with some sharp overnight frosts throughout the week.

A warning for ice covering much of Scotland and the north-west and north-east of England suggests there could be "icy surfaces and high-ground snow leading to some difficult travelling conditions in places" this morning.

Showers will fall increasingly as sleet and snow in the north, even to lower levels.

Expected "frequent wintry" snow showers have also seen the Met Office issue a lengthy warning for snow and ice for northern Scotland from today through to Wednesday.

The Met Office said: "A few centimetres of snow are likely at low levels over a given 24-hour period, with the potential for 10-15cm above 200 metres, especially across parts of the Highlands. Ice will be additional hazard, especially Tuesday night."

Residents are urged to take care as there may be some icy patches on some untreated roads, pavements and cycle paths and some roads and railways are likely to be affected with longer journey times by road, bus and train services.

The forecaster said: "By Sunday most of the UK will be in the northerly airflow, with lower temperatures spreading further south overnight.

"Showers will fall increasingly as sleet and snow in the north, even to lower levels.

"Some showers further South and West, and perhaps a more persistent spell of rain overnight into Monday, could also turn to sleet and snow mainly over high ground such as the Brecon Beacons, Exmoor and Dartmoor.

"Overnight frost will become more widespread by Monday night, with overnight temperatures below 0°C across much of the UK.

"Temperatures could get down to -10°C in sheltered glens, or across high ground areas of Scotland where there is lying snow."

The Met Office said that showers would continue on Sunday, "falling as snow in the north".

Large parts of Cumbria have already been covered ahead of a freezing week for the UK.

Snow ploughs were seen driving through the town on Nenthead to clear the roads on Sunday morning. 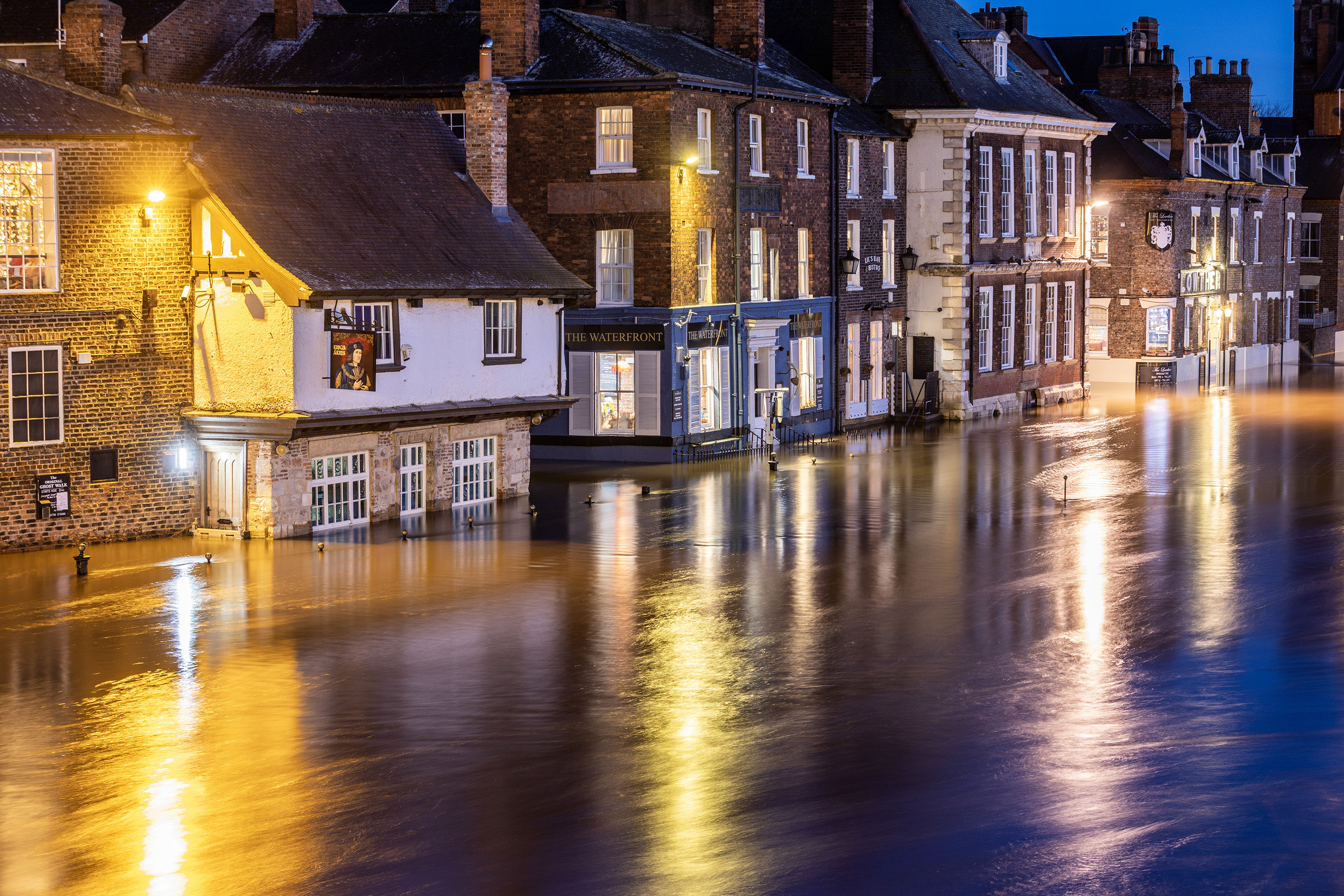 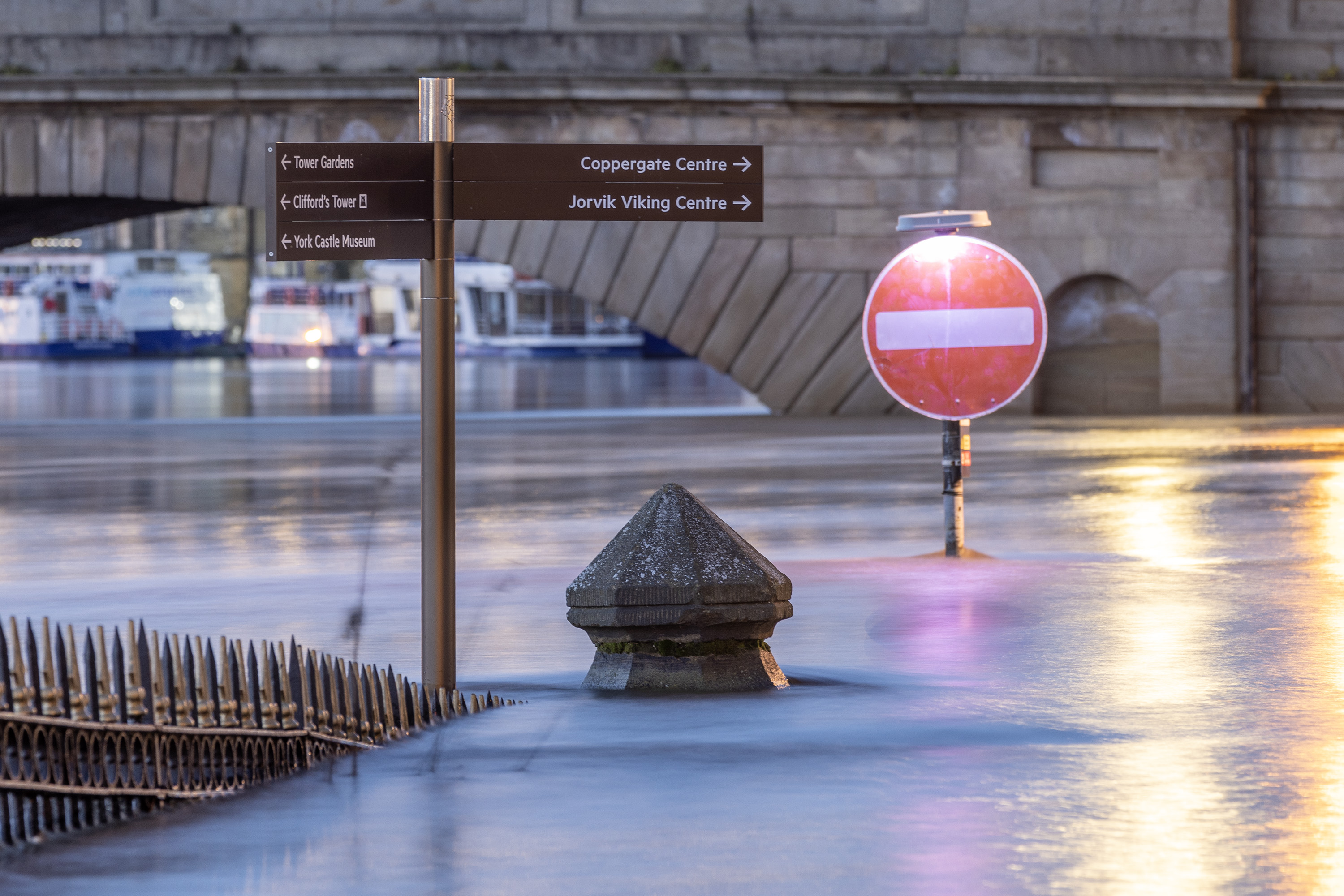 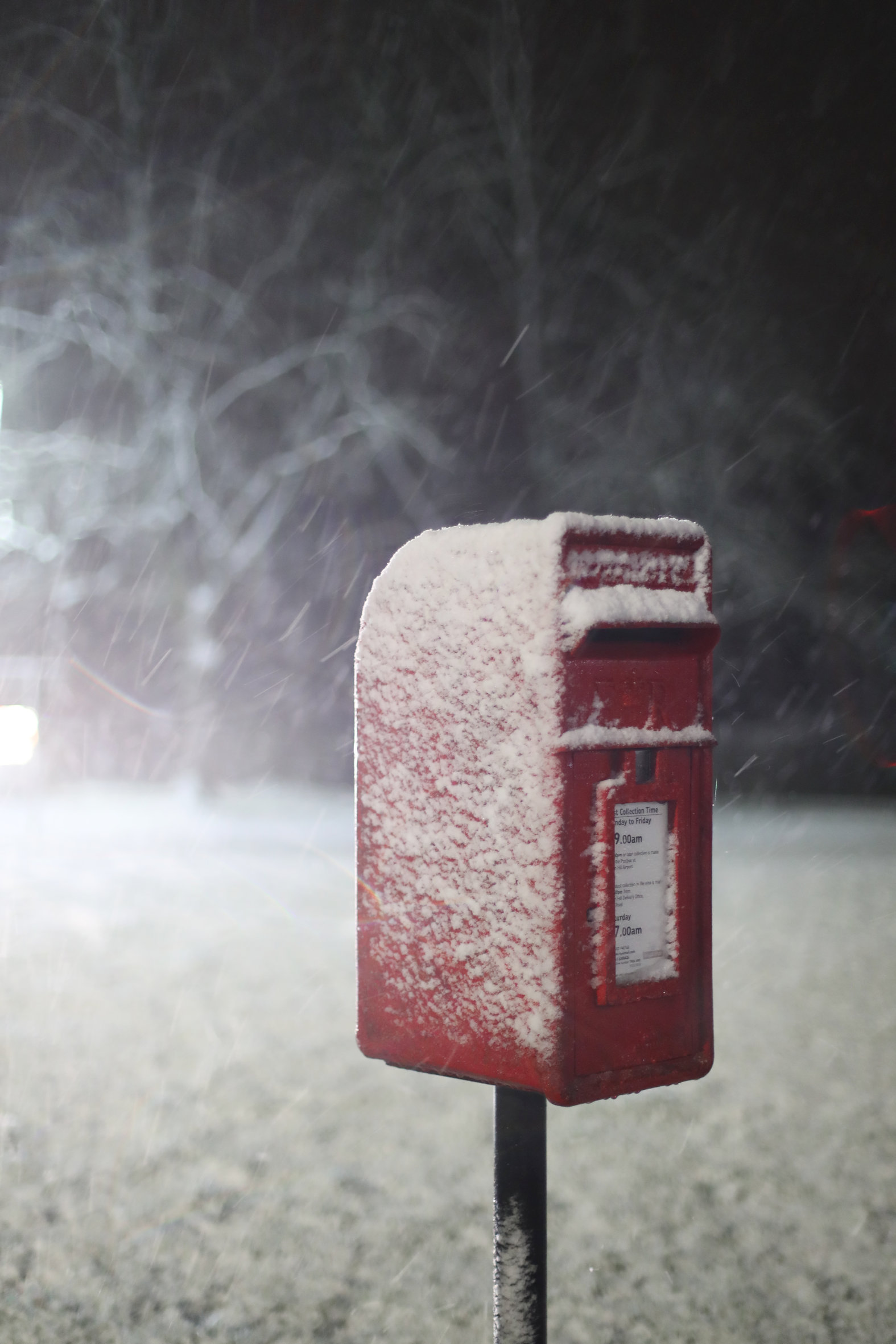 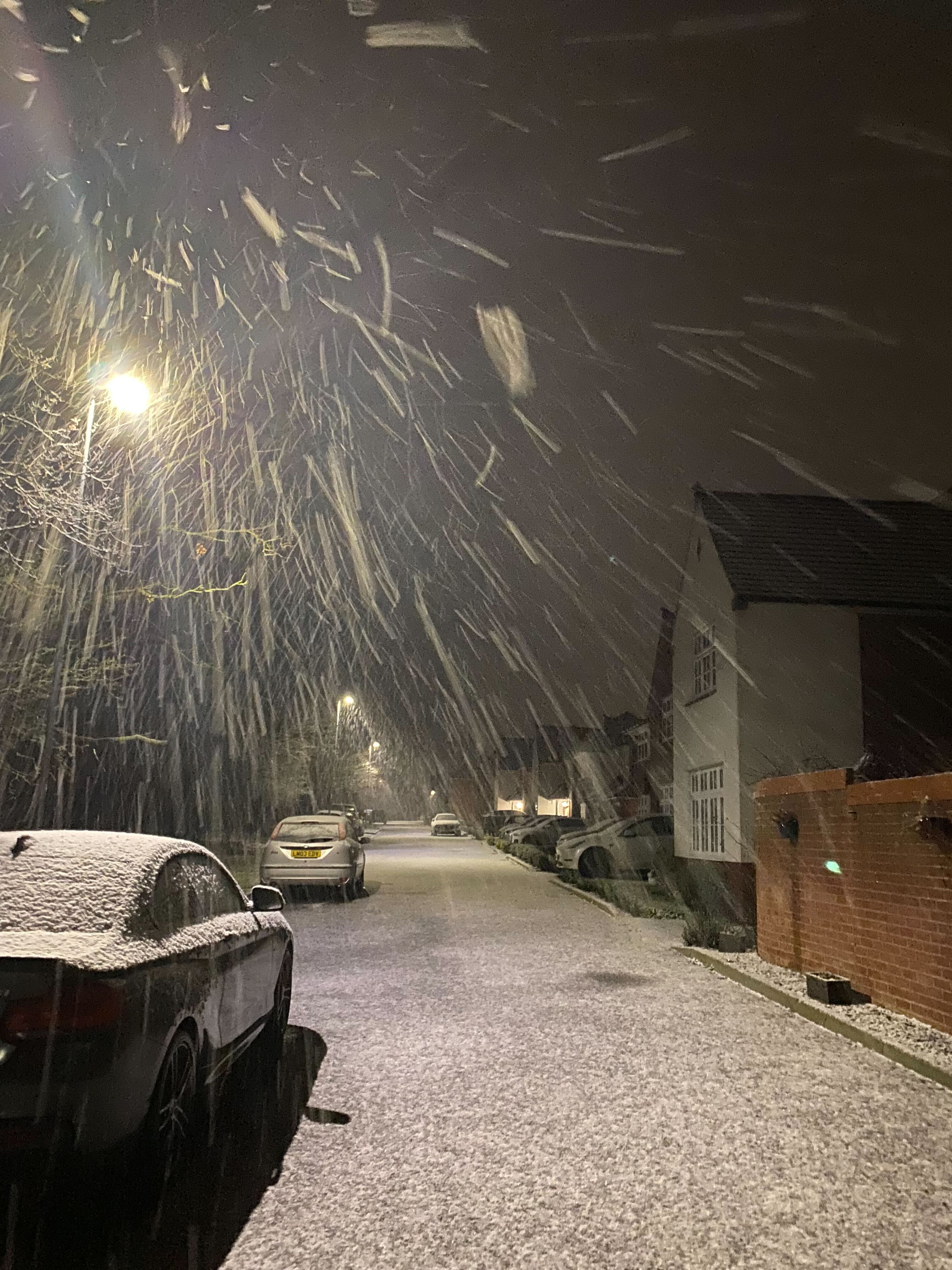 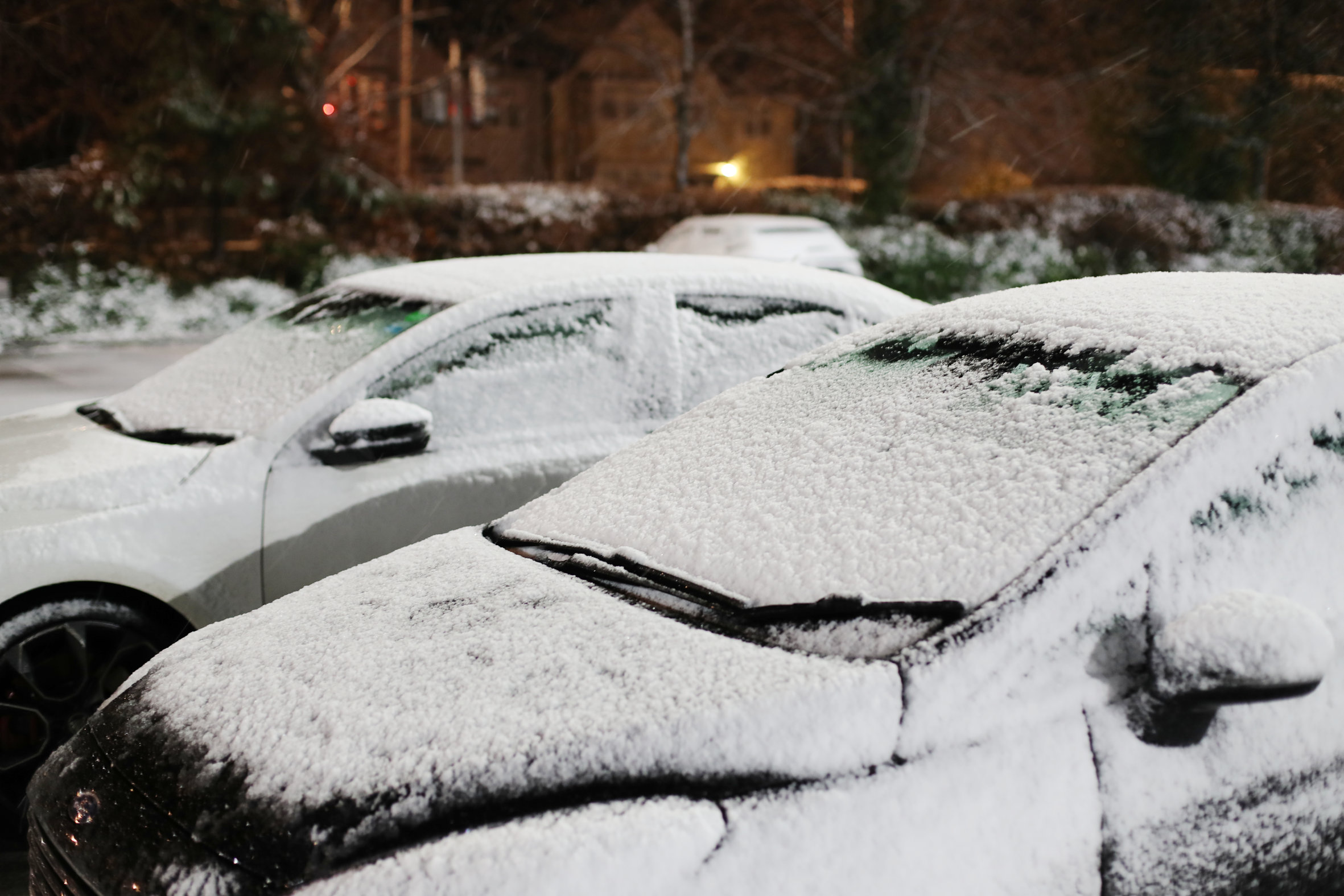