The Met Office has put into force a yellow weather warning and the Environment Agency has 155 flood alerts in action, as a band of torrential showers move across Britain. The weather warning is currently in place from 3pm right up until 11.45pm as a new low-pressure system sweeps southwards across the UK. Up to 25mm of rain is expected to fall on already saturated ground, which has created a further 11 flood warnings across the country, including near river banks in Northamptonshire, Peterborough and Surrey.

Northern and western parts of England are expected to experience the worst of the gale force conditions before winds move southwards as the evening progresses.

Netweather.TV forecaster Terry Scholey said: “A south or south-easterly wind will become fresh or strong, with gusts to gale force quite widely.

“In the north and west and exposed areas, gusts of 55 to 65mph even 70mph are likely for a time, before winds veer southwesterly and decrease a little in the west later.”

He added: “Central and eastern areas have a wet evening with bursts of heavy rain before clearer weather moves in from the West. 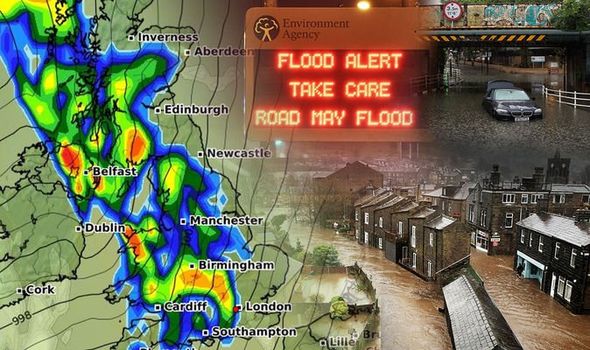 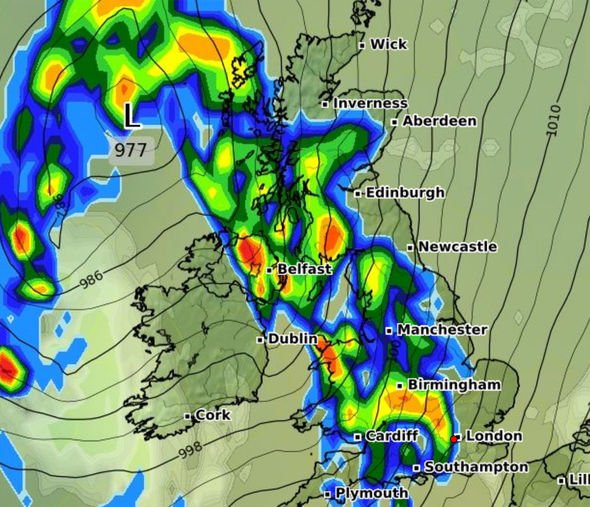 “But it will probably be well into the night before this finally reaches the South East.”

Met Office meteorologist Luke Miall said coastal areas in the west of England could see up to an inch of rainfall during the evening rush hour.

“Rain is likely to be heaviest in the west of the country at first and get across to the east of England by early evening. 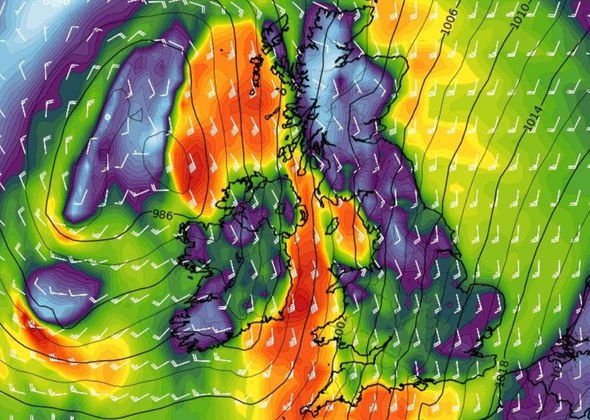 “We are looking at gales across the UK with winds as high as 35mph for many, while coastal areas and the west of England seeing as high as 60mph.

“In terms of rain, we will see up to an inch of rain, although the ground is already wet so there could be minor impacts from that.”

On Monday the first wave of Storm Brendan battered the country with winds of nearly 90mph. 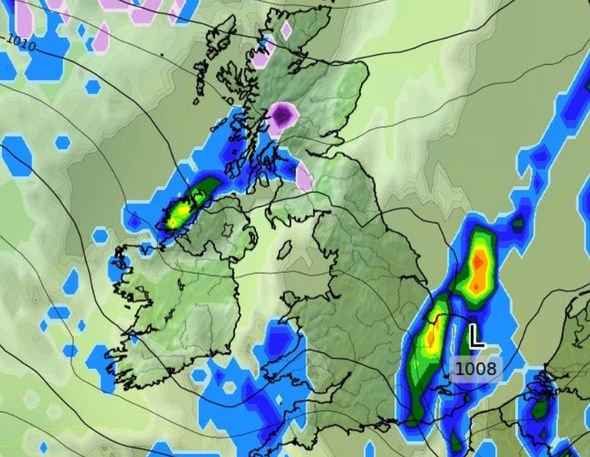 A second low-pressure front brought further strong gales of up to 50mph to much of the country on Tuesday. 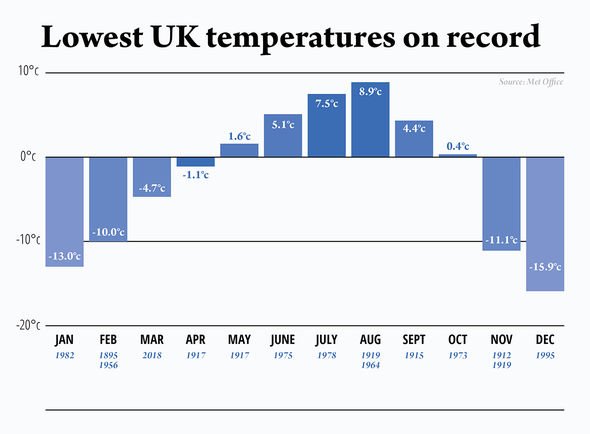 He said: “The strong winds and rain will return today, spreading eastwards before showers on Friday.

“Those showers may turn wintry in Wales and northern parts of England.

“As we head into the weekend it becomes more settled and quiet with lighter winds.

“There will be more in the way of sunshine but an increasing risk of overnight frosts.”