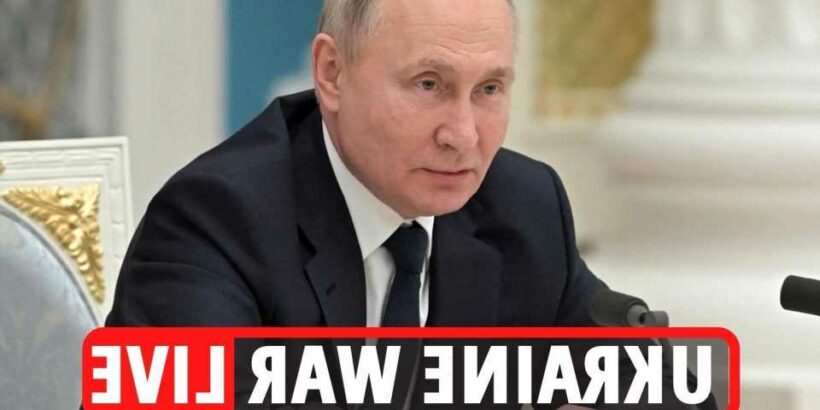 VLADIMIR Putin has taken full control of the Ukraine invasion after making impossible demands of his generals, it's been reported.

According to claims, the Russian leader left his officers in "shock" by changing his strategy to focus on the annexing of Eastern Ukraine.

Thwarted in his bid to seize Kyiv, the capital, Putin has shifted his focus to the Donbas, Ukraine's industrial heartland, where Moscow-backed separatists have been battling Ukrainian forces since 2014.

Russia said it struck dozens of military targets in the region, including concentrations of troops and weapons and an ammunition depot near Chervone in the Zaporizhzhia region, west of the Donbas.

According to Express.co.uk, a senior EU source told Eurasia Group CEO Mujtaba Rahman that Putin had "now taken day-to day-control of the conflict".

He claimed the despot was focusing on the central city of Kryvvi Rih as a new target, with Russian forces thought to be just 50km away.

A social media commentator, known as UOI, wrote: "Putin is demanding that General Dvornikov take Kryvyi Rih, Zelensky's homeland, by May 9. We are told from communication interceptions that Russian officers are simply in shock.

"They have losses of 400 soldiers a day killed and wounded, and their equipment keeps breaking down."