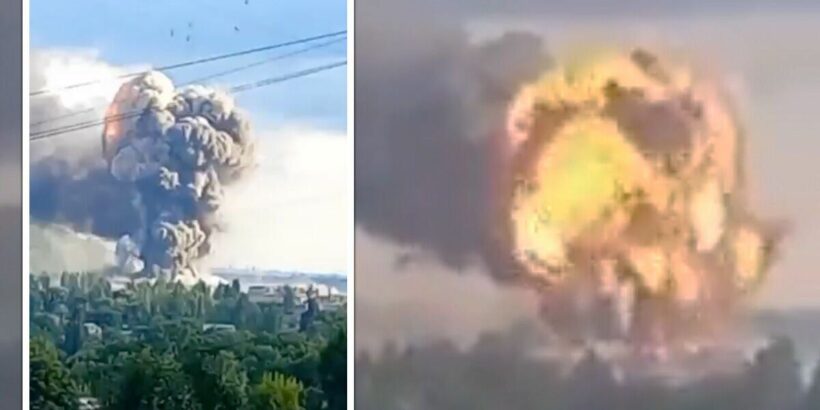 Ukraine struck an agreement with Russia on Friday in a bid to resume exporting its grain stocks across the world after months of Odesa and other key ports being under siege. Moscow carried out a missile strike on the Black Sea city on Saturday morning, causing damage to local infrastructure. But Ukraine’s defence forces were quick to retaliate by blowing up an ammunition depot in Horlivka, in the occupied Donetsk.

Footage shared on social media shows the immediate aftermath of a HIMARS strike on the depot, with a large cloud of black smoke billowing towards the sky.

A massive explosion can then be seen, with a mushroom of fire erupting from the debris of the ammunition warehouse.

Additional footage shows an initial blast taking place right after the rocket struck right in the middle of the cloud of smoke.

Minister of Internal Affairs of Ukraine advisor Anton Gerashchenko shared footage of the strike and said a machine repair plant is believed to have been hit. 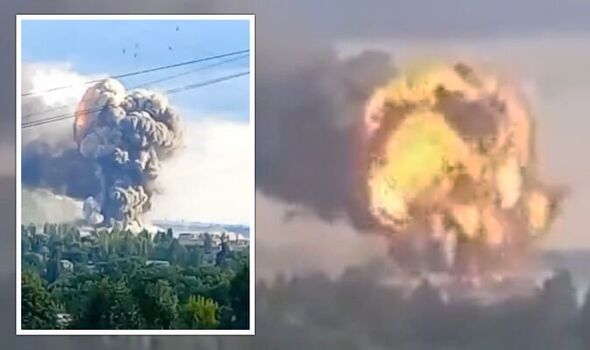 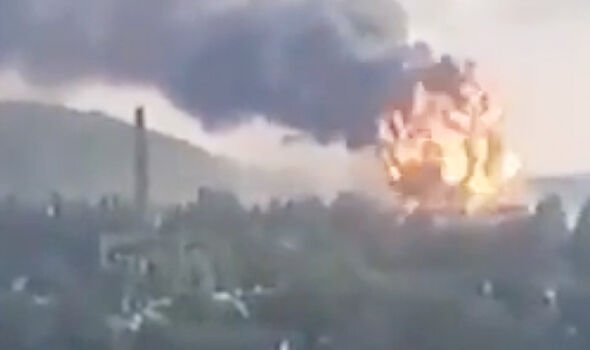 He wrote on Twitter: “Explosion in occupied Horlivka, Donetsk region.

“Local news say that a machine repair plant was hit – where Russians repair their vehicle.

“Information is being verified.”

The Strategic Communications Department of the Armed Forces previously reported a Russian depot was also destroyed on Friday.

The attack on the Russian warehouse came after Ukraine reported that Russian missiles hit Ukraine’s southern port of Odesa on Saturday, threatening a deal signed just a day earlier to unblock grain exports from Black Sea ports and ease global food shortages caused by the war.

The deal signed on Friday by Moscow and Kyiv and mediated by the United Nations and Turkey was hailed as a breakthrough after nearly five months of punishing fighting since Russia invaded its neighbour.

The agreement is seen as crucial to curbing soaring global food prices by allowing grain exports to be shipped from Black Sea ports including Odesa.

UN officials said they hoped the agreement would be operational in a few weeks, and the strikes on Odesa drew strong condemnation from Kyiv, the United Nations, and the United States. 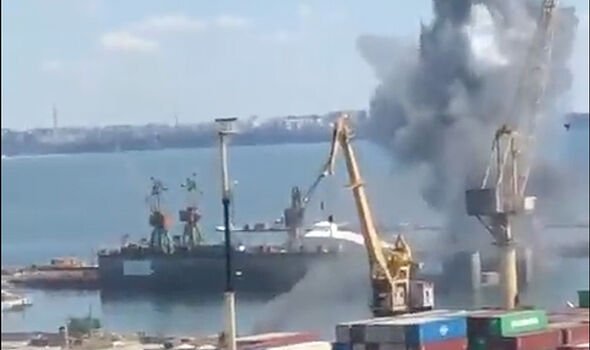 “This a shameless attempt to use food as a weapon of war as millions face starvation.”

A Russian defence ministry statement on Saturday outlining progress in the war did not mention any strike in Odesa. The ministry did not immediately reply to a Reuters request for comment.

However, Foreign Ministry spokeswoman Maria Zakharova reposted the U.N. condemnation and said: “It is awful that UN Secretary-General Antonio Gutteres does not ‘unequivocally’ condemn also the Kyiv regime’s killing of children in Donbas.”